Robin in the Bath

As you have perhaps seen in yesterdays post, we have two bird baths in the back yard. The smaller one is on a pedestal at the far end of the yard. There is a larger one nearer to ground level a little closer to the deck.

For their own curious reasons, the robins tend to prefer the smaller, shallower, and farther bath.

I sat poised with camera on the deck, and in a little while, a robin came and splashed around, quite vigorously at times.

My long zoom was fully extended in most cases, but the photos came out relatively clear. I was shooting at 1/400 second, but it still should have been faster to catch the flapping the wings more clearly. 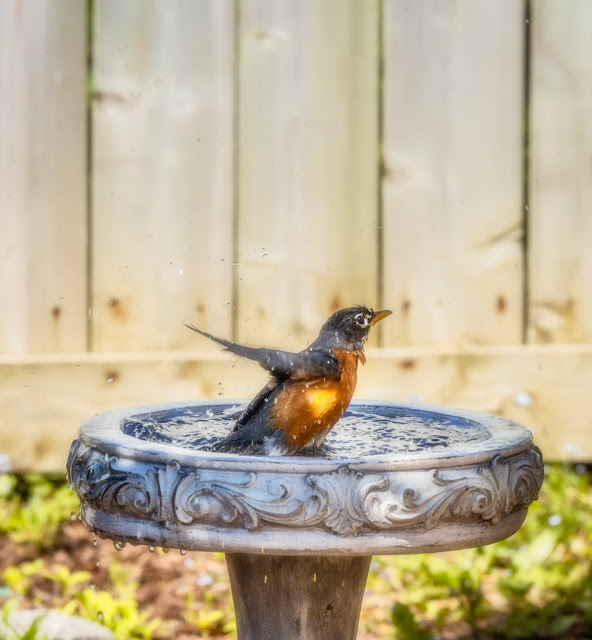 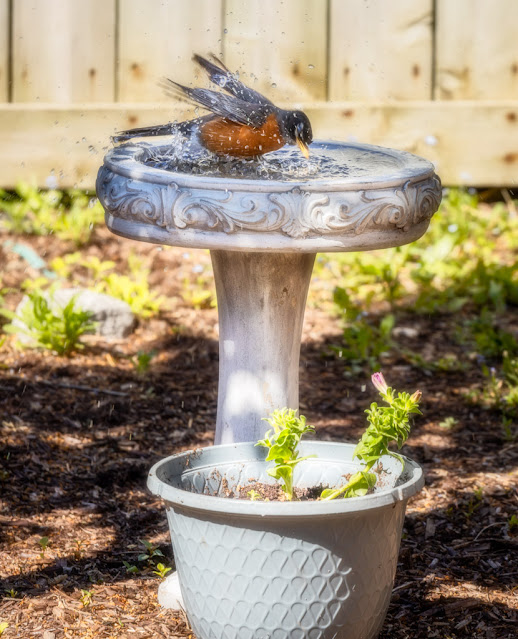 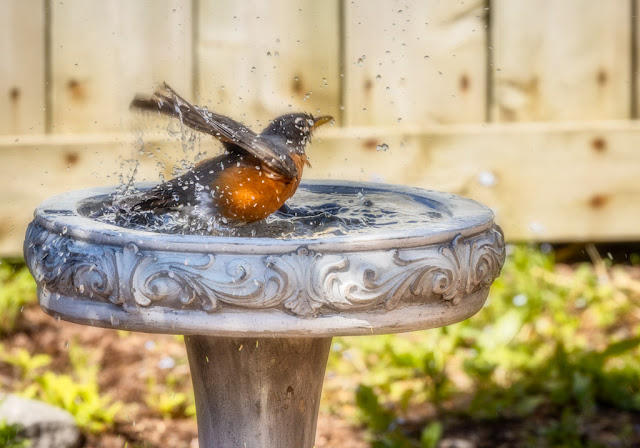 After two separate sessions with multiple dunks and flaps each time, the wee birdie was finally satisfied with its ablutions and flew to the fence to fuss and preen. 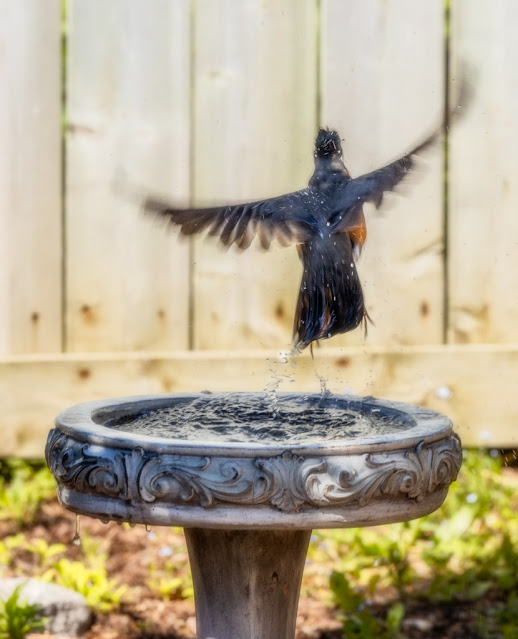 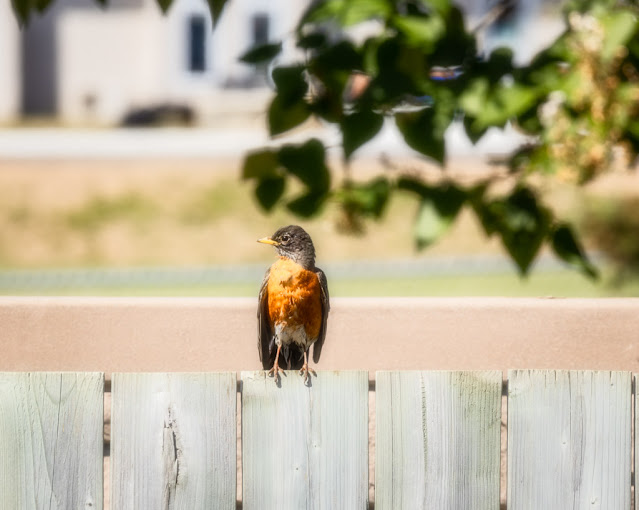 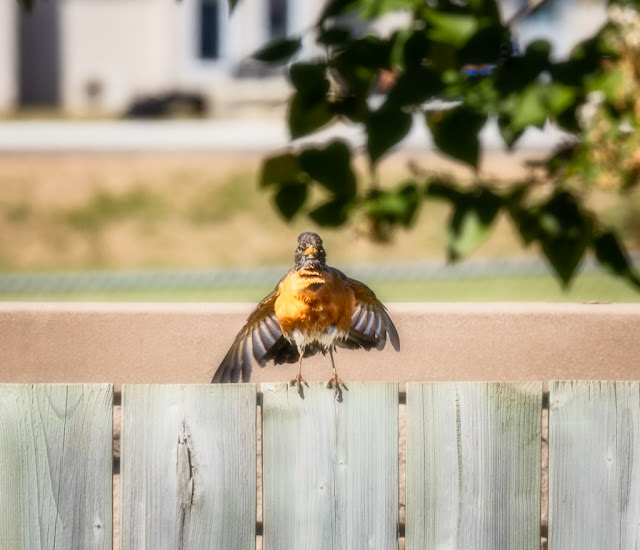 I took over 100 photos, mostly holding down the shutter button and firing off multiple shots, hoping to get a few peak action ones. Many were of the bird just standing there between dunks. The ones in the bath, especially, were in shadow, which took some editing to brighten sufficiently. Finally, I applied a glow filter, which I usually tend to use in moderation if at all, but I applied it a little more heavily this time, and I think it helped to really lift the images.

Posted by Anvilcloud at 4:52 am

WOW, great capture of the Robin. I like your bird bath. In our garden it is also the Robins that enjoy the bird bath the most.

This can well be called a public bath as the robin had a spectator watching its wash up session, and some nice captures were the result.

What a fun encounter!

You're so good at all that. I think it's too late for me to take a course, as I'd forget all I have to do. You'll laugh when I wrote that I accidentally did some B & W photos! I still don't know how.

Well, that bird is certainly nice and clean, feathers all in perfect array. You captured the bath quite nicely. Made me smile to see this routine. :-)

Love these shots of the bathing Robin. Fun to watch too.

These just delighted me. They are spectacular!

I really enjoyed these pictures!

I was thinking that maybe they feel safer in the smaller one. These are great shots. Very entertaining.

Wonderful. You really are an artist.

This series is wonderful.

It's a challenge to make a camera that will catch the birds. hen the guy running the camera has to know a thing or two and have some experience. You did well on these.

Always amazes me how they can fly sopping wet. Robins do love a daily bath. :)

Nicely done! I love to watch birds bathing. They seem to be in a state of bliss.

You did really well. Maybe you need to move the favoured bath out into the sun. I have about a two hour sun window on ours, but we do not tempt robins. Strange.

These shots are lovely! Amazing action photos of the robin!!

You have a lot of patience! Have you taken any course on photography?

You have such a nice touch for nature photos.