I began this blog more than six years ago. In an email newsletter, I was told how easy it was to set up a blog here. I had heard the term, blog, and was interested but barely knew what it meant. Anyway, I signed up and have been here for a long time.

Six plus years of posting tells me that most people don't stay the course for this long, so I have accomplished something.

To wit: in the recent but old Halloween template that I used for a few weeks, I counted 37 links to other blogs in the sidebar. I analyzed only to misplace the sheet where I tallied the results, but I think only six were still blogging, at least to the extent that I knew and/or with whom was in still contact. And by the time I had made that list quite some time ago, many bloggers had already come and gone — and many, many since then, of course.

So 6+ years with 1600+ entries isn't too shabby when you consider the high turnover.


My Bloggering days are done.


But I'm not done with blogging.


I hope you choose to click the link and follow me. More will be explained when you get there.
Posted by Anvilcloud at 6:00 am 8 comments:

She sent it because I left a comment at the appropriate time. This is the third parcel that I have received from fellow bloggers over the years, the others being a piece of pottery from Dave and a cookbook from Donna. Early on in this blogs life, I also exchanged postcards with some in a little experiment that was only moderately successful. In addition, there has been some exchanging of Christmas cards, but I think it's a little too early to think about that little thing yet this year.

Thank you, Mara for gifting this poor Canadian all of the way from Holland The Netherlands: it's very well done and much appreciated.

As for the title and the strikeouts, that's one of the many things that I have learned from Mara. Apparently, Holland is only a part of The Netherlands. I always wondered about that, and I'm being serious — for once. 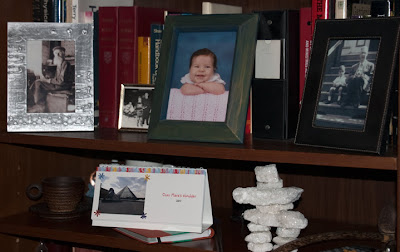 I was showering the other day. Yes, I do that at least once quarterly, but bear with me.

I grabbed the Old Spice, the one on the left in the photo. I promise you, however, that only the Old Spice was in the shower with me ... although I certainly do need to catchup on many things. 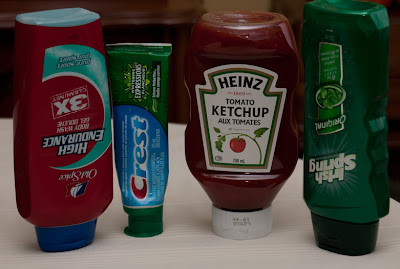 Except the bottle was oriented the other way from the photo — with the top-up.

While that might have seemed normal in the previous century, I think the picture suggest that the bottle paradigm is shifting and that top-down is becoming the de facto normative position.

It only makes sense really because when the bottle is more empty than full, the desired substance, which is what you buy the bottle for in the first place is much more accessible.

Beyond that, it's especially handy dandy for ketchup which has from time immemorial (whatever that means, but it sounds good to me) been a deuce of a thing to entice out of its container. You know what? It only costs a few cents more to purchase the top-down ketchup container than the old fashioned standard issue. And since one bottle of ketchup lasts for at least a half century, I for one am willing to ante up the extra coinage.

So ... if the Old Spice bottle will stand top-down as in the photo, why was I forced to orient it standing top- up in the shower? Regardless (please note: not irregardless as many are wont to say), why was it a problem?

Well,I didn't have it standing top- down because the top is so narrow that a misguided breath or water droplet would bring it tumbling down. That's why!

And ... that was a problem because I had almost run out of soap and prodigious shaking was required. It's not that I mind that much, really, but I really wonder why those Spicy Oldsters who make the product wouldn't just design the cap properly in the first place. This halfway business is nowhere, dude/duchess.

I mean, it was good for one blog post, but the keener visioned amongst will have discerned that I have gone over to the nymphs of the Irish Spring for my next month of laves.

I'm sure there will be a spring in my step although I'm likely to become a less spicy blogger.
Posted by Anvilcloud at 6:00 am 11 comments:

I get a little leery of doing too many picture posts of the grands in a short interval, but I've been a bit preoccupied to write much lately. Nikki Dee managed to wangle a sleepover last night by imploring Cuppa. After Cuppa had said something to the effect that we don't have room for two little munchkins to sleepover, Nikki Dee asked if she had room for one little munchkin. Apparently, that did it.

Of course we took a few pictures. At one point, she got to running around and around through the kitchen and hall, and I was able to get these two action shots which I think are good enough to share if you will indulge me yet again. 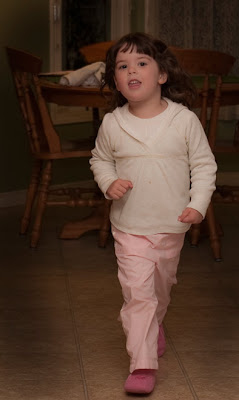 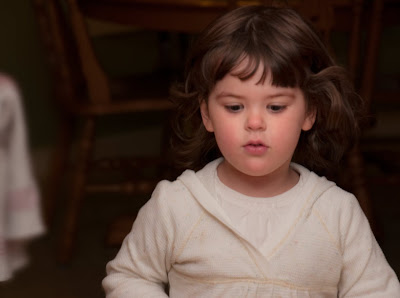 I have a few Halloween pics to post before moving on ... to what? ... Christmas? Good grief.

Anyhoo, I went over to take a few pics and give out treats while mom, dad and kids gamboled around the neighborhood — they had to gambol because it was so darn cold.

Let's begin with a few of Zach. The night kind of overwhelmed the boy, but I managed to get a few pics. In the first shot he sits with his costume not done up yet, leafing through a book from Amma and Buppa — in lieu of candy. He's costumed in the other two and chomping on chocolate. Lingering tears are visible in the closeup. 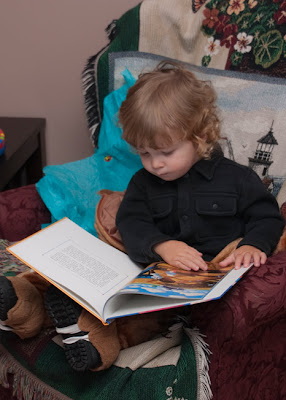 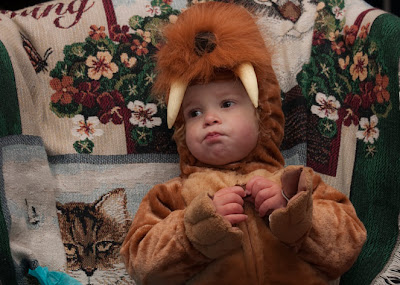 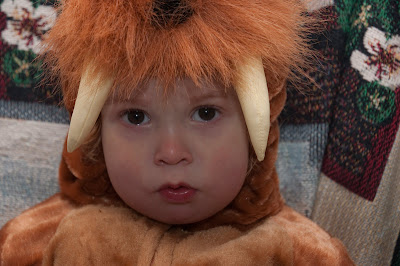 Now, for Nikkie Dee. She continues to make progress in acknowledging the camera although her eyes were on the tv in the first photo. 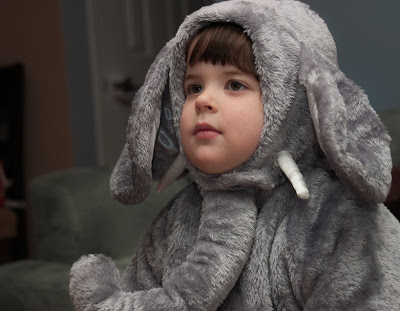 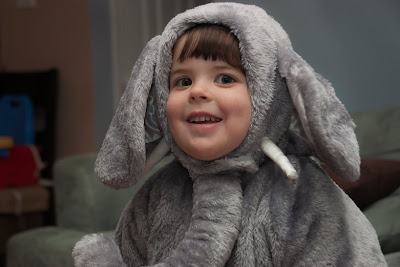 The two together, followed by a family photo outside as they headed off madly in all directions. 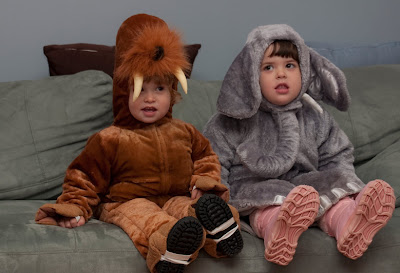 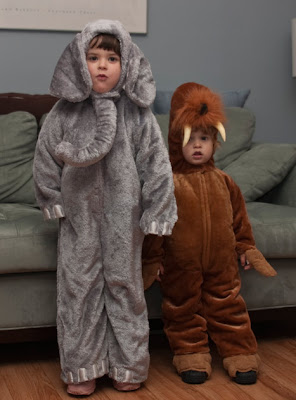 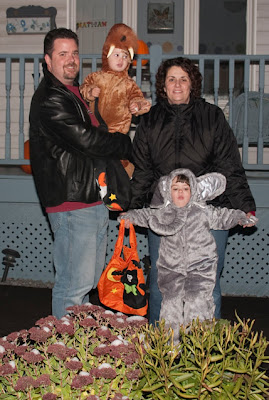 Fiddling Away the Afternoon

For some reason or other, the other day I got all caught up with watching and listening to fiddling on YouTube. I thought I'd share some of my "likes" with you. If you aren't in the mood for that much, check out the last one with Andre Rieu and an Irish fiddler, from The Dubliners (I believe it said in one place). Love this stuff. Wish I could do it.

The first pair are a brother and sister from Victoria, Canada. The second group is from Boston, but they play a lot of Cape Breton music. It's amazing how this music gets around and transcends borders. The third is Emily Brandenburg, but I can't find any further information. Gotta love her onstage persona and presence tough. The fourth, you already know about.