An Odd Morning with Definite Upside

Sue and I found ourselves at an assembly of sorts at the kids' school yesterday. It wasn't one of the popular assemblies, and only a few adults showed up. Usually, gatherings are crowded and wild at their school events, and we must arrive early to find a parking space. We did that yesterday but needn't have bothered.


Why was the gathering so poorly attended? Because it was a mass.

Why did we attend? Because Danica was doing a short reading and wanted an audience but the rents couldn't attend.

A mass at school? Yes. It's a Catholic school (don't ask), so religious trappings are part of the package.

Was there a priest? Yes. One of [East] Indian origin who intoned with a heavy accent that few could follow. Wonderful fellow, I'm sure, but it did seem somewhat surreal.


Being the sort of bloke who doesn't appreciate kids being indoctrinated, this was not an event that I appreciated, but the kids sort of made up for my vexation. After Danica was done with her readings, she crossed the gym and sat with us and on us and was ever so cute and overjoyed. Then JJ slipped away from his class and sat on the other lap. It was touching and pretty well made it all worthwhile.

Then they wanted to be taken out for lunch but preferred different destinations. She wanted a milkshake from DQ: he a donut from Tims. Said items were purchased and brought back to our place to be eaten alongside their packed lunches.

It was quite a rigamarole, but it was fun. I'll remember this little outing often in the next week or two as we head to the country -- tomorrow.

By the way, I will also remember how kids are gifted in different ways. Danica has been an early reader who has been chosen to read at assemblies since Kindergarten. JJ is not made the same way, but he sees things that few others would notice. Yesterday, I put on dressier shoes that he hasn't seen before. He noticed and asked what it was all about. Not too many kids would notice their grandfather's footware, but he notices many things that others don't.

Then, Sue and I went for a little stroll later in the day, and I took these photos at the beginning of the Beckwith Trail. Autumn colour is creeping into the landscape. See you in a few weeks. 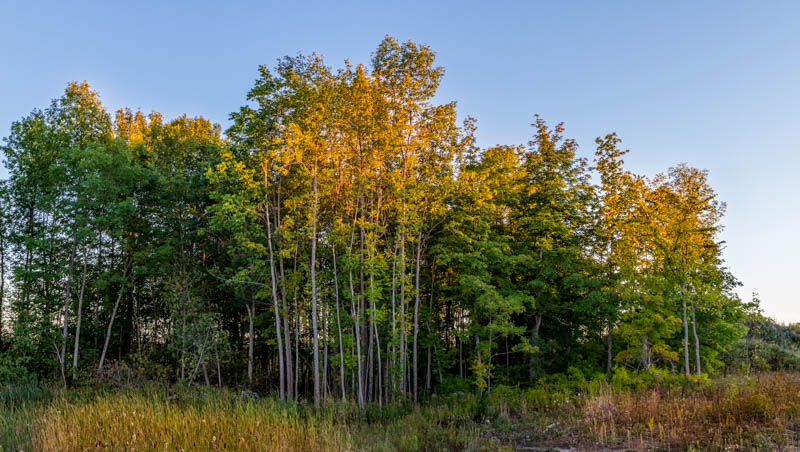 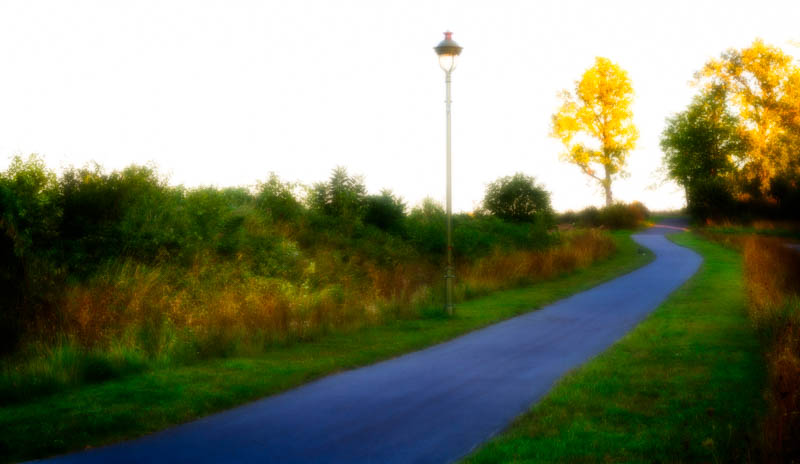 There was a fair bit going on this week, and I am positive that you will be mesmerized by my comings and goings. lol

We began to get ready for autumn by moving our plant containers from the deck to the back of the yard. We are a little early because we will be going away for a week or two shortly and need to get this done. The plants may or may not survive untended back there for a few more weeks should they get a bit of rain, but we are done watering them.

At the same time, I cut down my one tomato plant which had fallen over twice from its container. This broke the stem, so I put it out of its misery. We got a few tomatoes (including some before this picture), but I think it wasn't the best year as the ripening was delayed by a cool and cloudy summer.

I had my last physio session after last autumn's accident. The insurance company allowed me $3500, and I have run out. After 10 months of off-and-on therapy with some offer-and-oner massages, I am not too much worse than when I began treatment.

We had our last before and after school sessions with the kids for about a month, give or take. We took them to the park and then supper at A&W. This break from them allows us time to get to some appointments, get ready to go to the cottage, be at the cottage, come home to company, and then go away again to visit family. JJ and Dani enjoyed hanging around for awhile. What with us going away, there probably won't be too many more park visits before winter sets it. 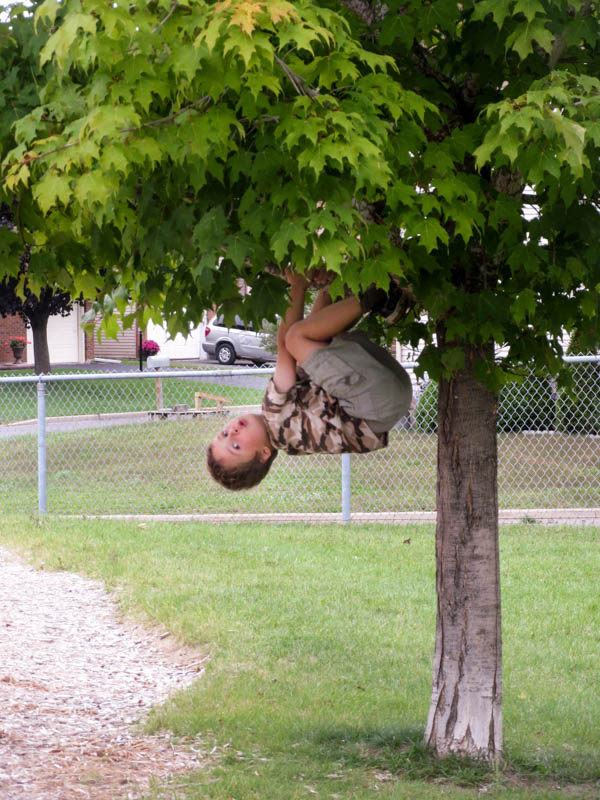 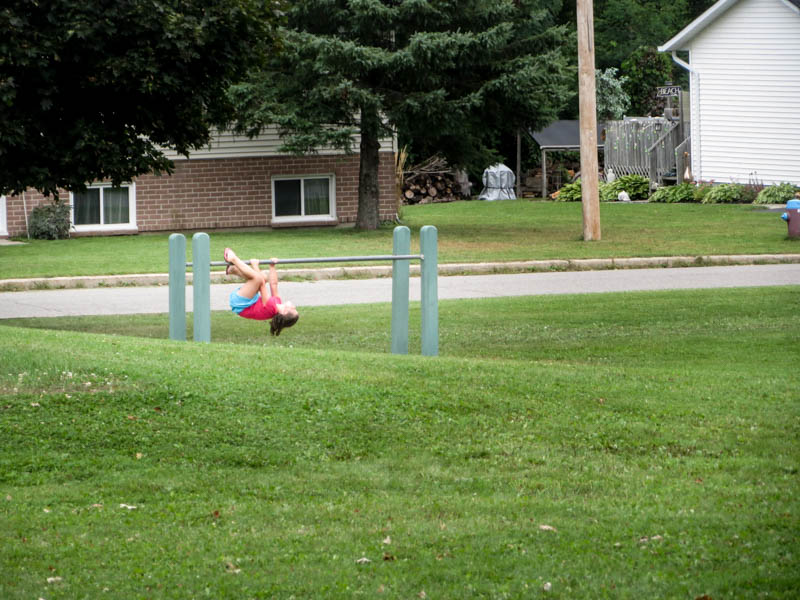 While at the park a gorgeous Irish Setter was chasing a ball with great abandon. When he spotted us, he hopped onto the bench beside me, got into my lap, and whined in a kind of joyful delirium. It was a hoot. He seemed full grown but still an adolescent in behaviour and a delightful animal.He did mess up my clean clothes, but I didn't mind.

I took the car in for servicing for the first time after almost a year of ownership. We don't put that many miles on, or didn't in this past year, so once per year was fine. At the same time, we had an extra key cut because the so-and-so's only gave us one proper key when we purchased it. The cost was a meagre $150, which doesn't seem to be nearly enough. Not.

But while the car was in, I was supposed to ask for touch up paint to keep my beloved one happy. It was the last thing she reminded me of when I left the house. Well ... I sat in the waiting area for more than two hours and left without remembering that little thing. What can I say? It's the way that I am and the way that I always have been.

Speaking of cars, I continue to have the greatest difficulty parking this one straight. There's something about the lines that throws me off. I do think I am improving, however.

I did go to the library for a short tutorial on using ancestry.com. I had used the site a little some years ago, but may get back into researching a little more genealogy. I don't intend to freak out over it, but it's nice to know some of the data. Anyway, the site does seem to have improved over time, so I think I will enjoy nosing about.

Speaking of genealogy, I have some very old photos of some of my great great grandparents that I'm sure I have posted before. These are the oldest photos that I have. 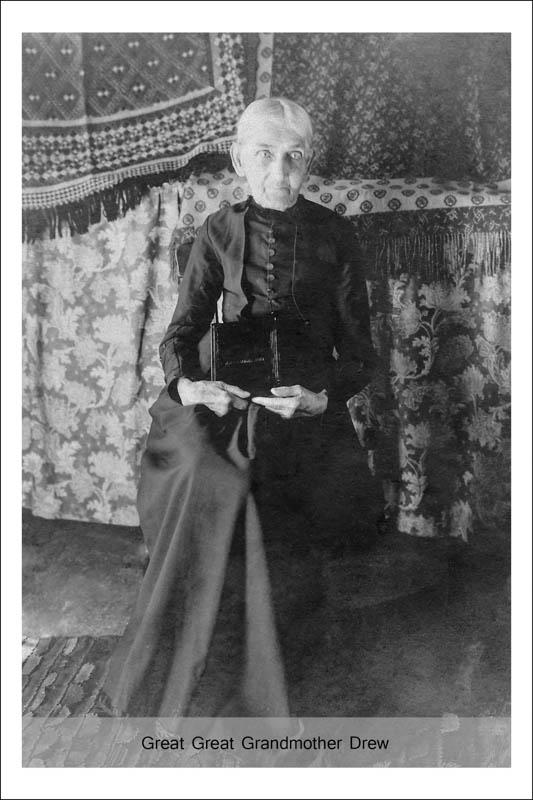 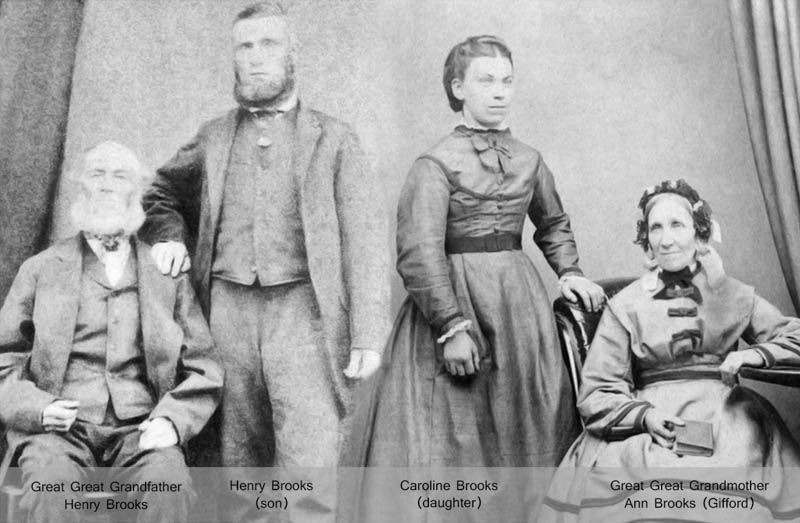 Then, I was contacted by a bricklayers apprentice site in Australia. No, they were not recruiting me to lay bricks, but they were recruiting one of my photos after coming across an old post of mine, My Grandfather the Bricklayer, in which I originally posted this photo; they thought they would like to print and hang it in their office. So, I sent them a high res copy and asked them to take a photo of it in situ in their office when they got around to it. 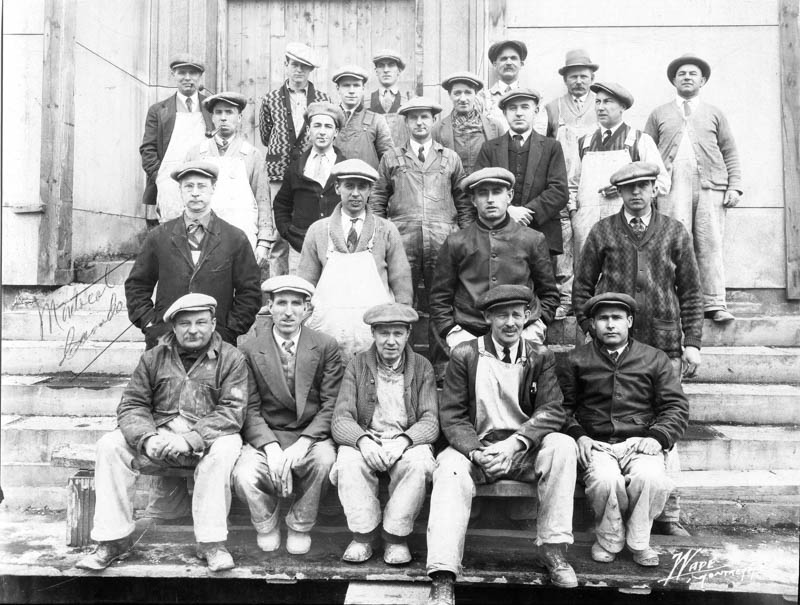 This was taken in Montreal. My grandfather is the first guy on the left in the second row. There is more info in the original post if you are interested. After a sent the photo winging its way to the Land of Oz, I decided to eliminate "Montreal Canada" which my mother had scrawled on the photo. They can choose which version they prefer. 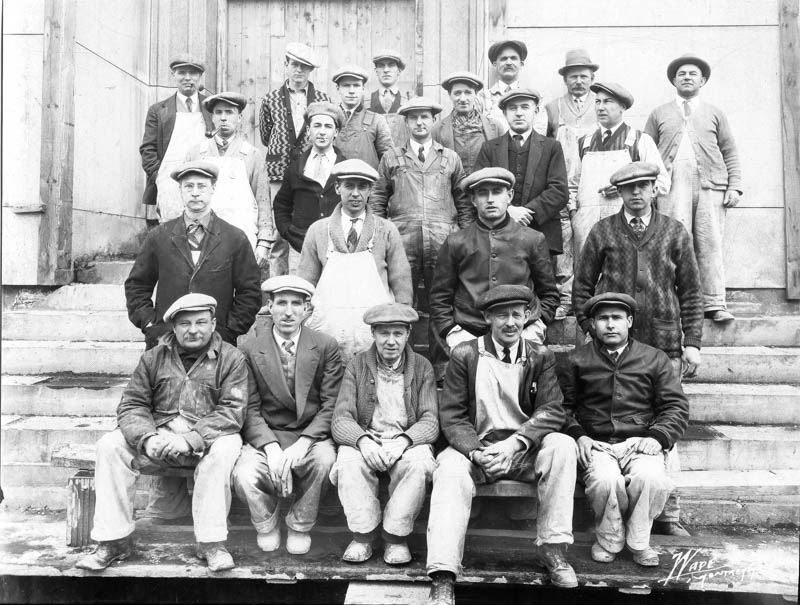 So that is the week that was. Fascinating, eh?
Posted by Anvilcloud at 8:02 am 21 comments:

I got up a bit early again this morning although it should have been a bit earlier for best photos, but out I went anyway. I sauntered along the trail by the river that begins near the arena.

Eventually, I took a little side trail down to the river. I had a neutral density filter on, which allowed me to take a long enough exposure to get a silky water effect. These ↓ two photos were basically taken from the same spot: the first looking east and the second west. The feet of the tripod were in the shallow water. 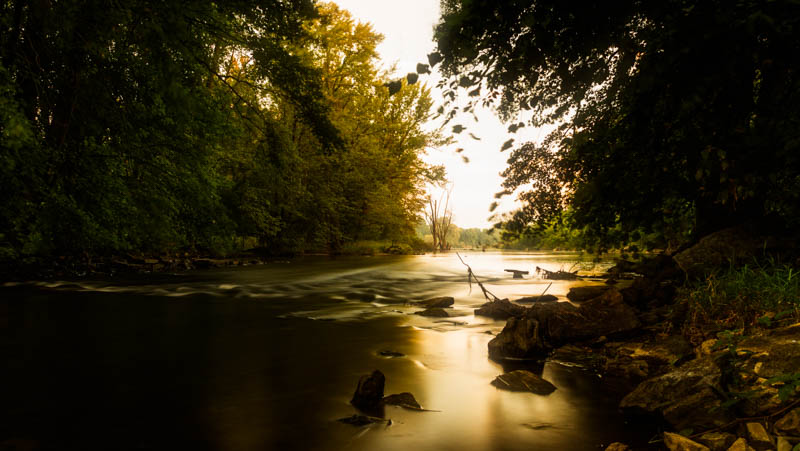 Before I left, I took a vertical, handheld shot from pretty well the same position. To handhold I opened the aperture and used a faster shutter speed. It makes quite a difference to the water. In both the above and below photo, the changing of the trees is already in evidence. It's too early; I am not well pleased.

It doesn't happen often, but yesterday was both my birthday and the first day of school. As is usually the case the first day was hot. Oddly enough, this occurred despite a cool summer. I always taught in a hot room, even in schools where there was air conditioning in sections. This was my lot. The weather always seemed to change by the second week, however.

Shauna brought the kids over and we took a few pics and saw them onto the bus. Then, she took the old folks out to breakfast. With the high heat, Sue and I lay low for the rest of the day, especially in late afternoon when it began to pour.

We have been watching the US Open, and our various Canadians have all been eliminated. They didn't quite meet expectations but fourth round for both Bouchard and Raonic isn't too shabby. 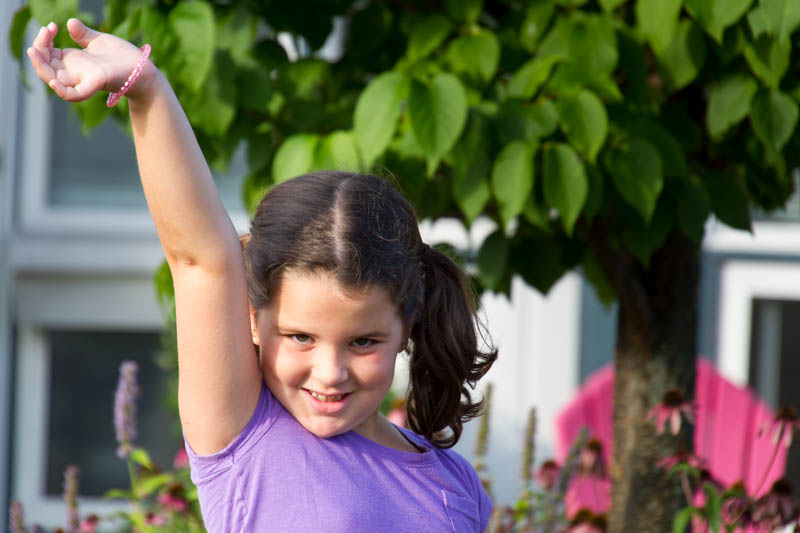 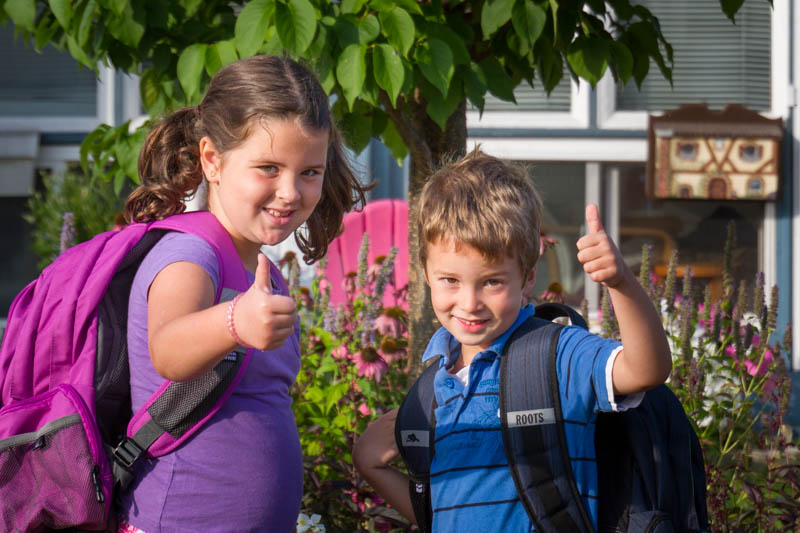 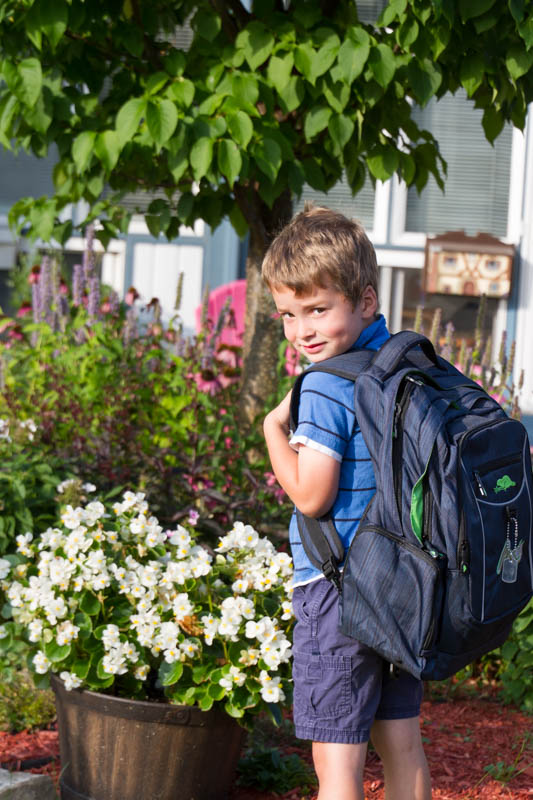 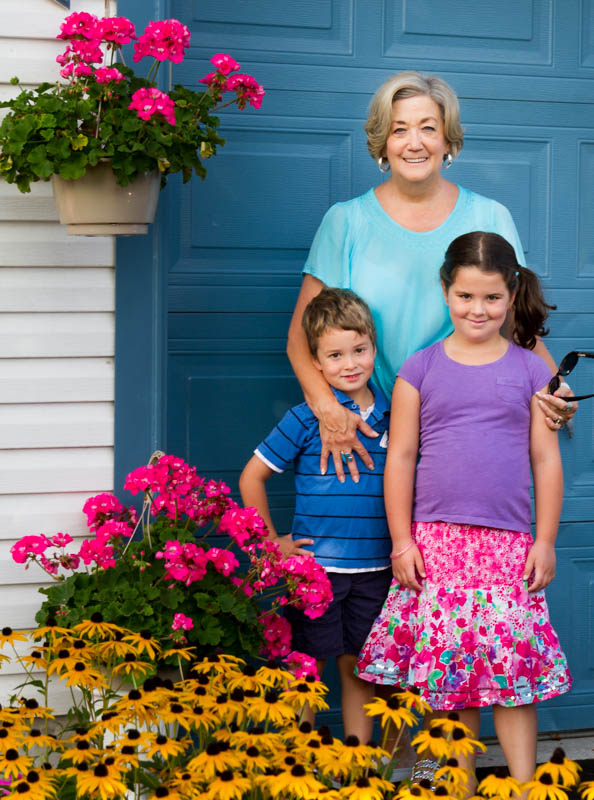 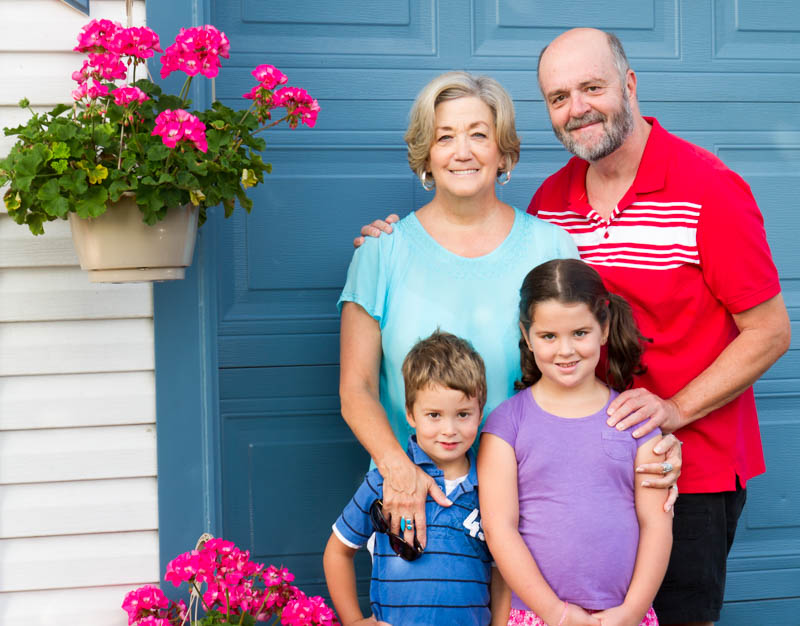 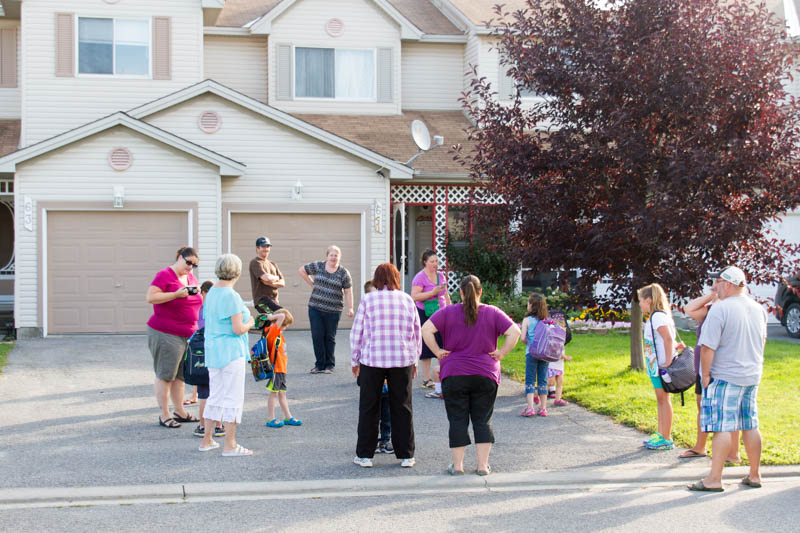 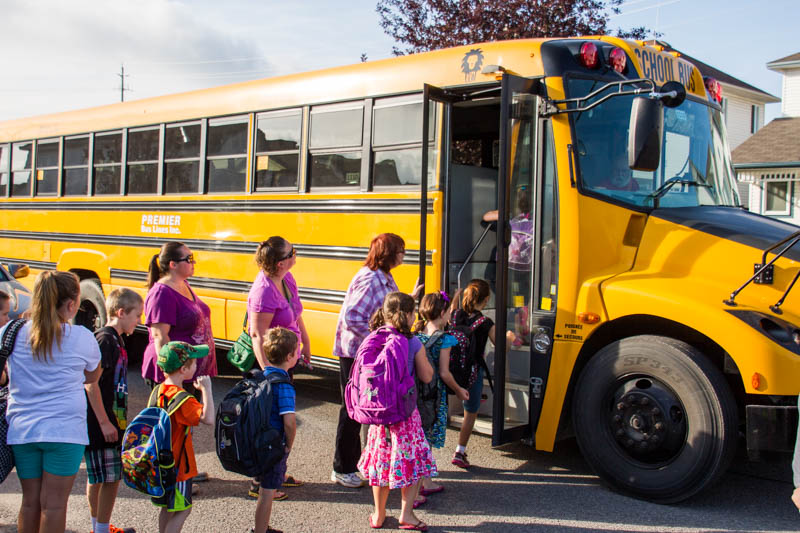