My goodness, at 7 years of age, my girl was in her fourth dance recital last night. The theme was At the Movies, and Dani's movies were Enchanted, as a ballerina, and Skittles (whatever that is) as a highland dancer.

Naturally however, we had to shoot some pre-performance photos.


She sat with us through all of the first have, always demanding to know what was coming up next and keeping track of all of her friends. Then came Enchanted, which was kind of enchanting.

Very shortly after she had changed into a skittle for her second performance.


She joined us in the audience until the finale.


Naturally, the dancer was presented with a bouquet after her glorious work. This was moments after she thought she had been neglected.

Tonight she will do it all again. This time mom and dad will be there, and we'll be having JJ for a sleepover.
Posted by Anvilcloud at 11:20 am 16 comments:

Riverside Park in Carleton Place is a wonderful spot on the banks of the Mississippi River (the little Mississippi in Eastern Ontario).

I did something that I haven't done much for quite awhile now — went out specifically to take photos. It was early evening and in shorts and without repellent I was unprepared for the swarm of mosquitoes. I didn't stay long.  ↓ 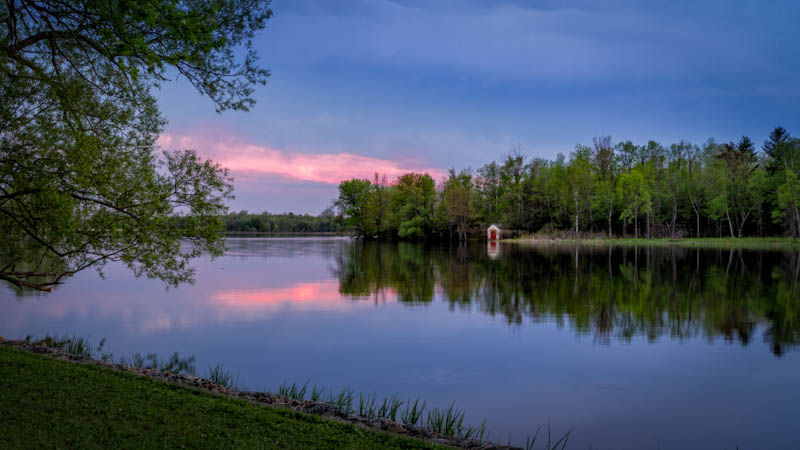 On another day, we took a picnic lunch and watched part of a science class netting critters by the bank. The high school is on the edge of the park, and we see students out there at various times, sometimes sketching, sometimes capturing, sometimes just reading.

I experimented with a vintage look in both of the following versions. It is the same photo with two different processings applied. I thought the style was appropriate for a lazy summer afternoon. 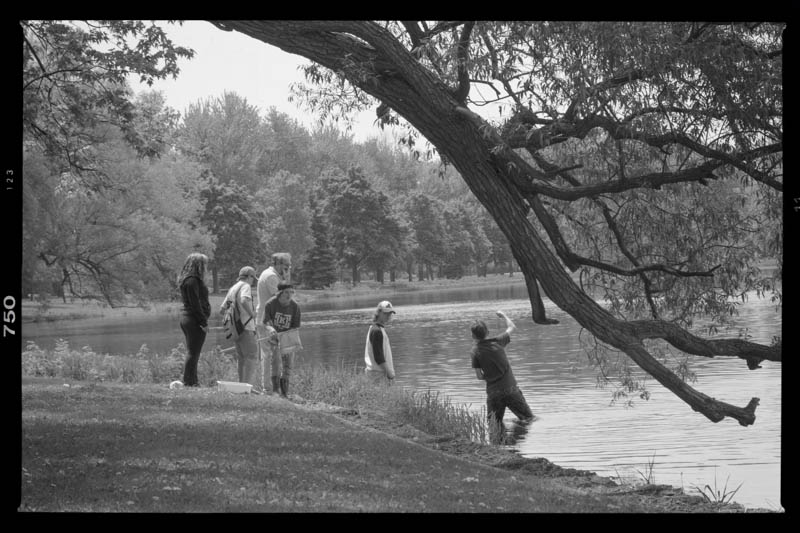 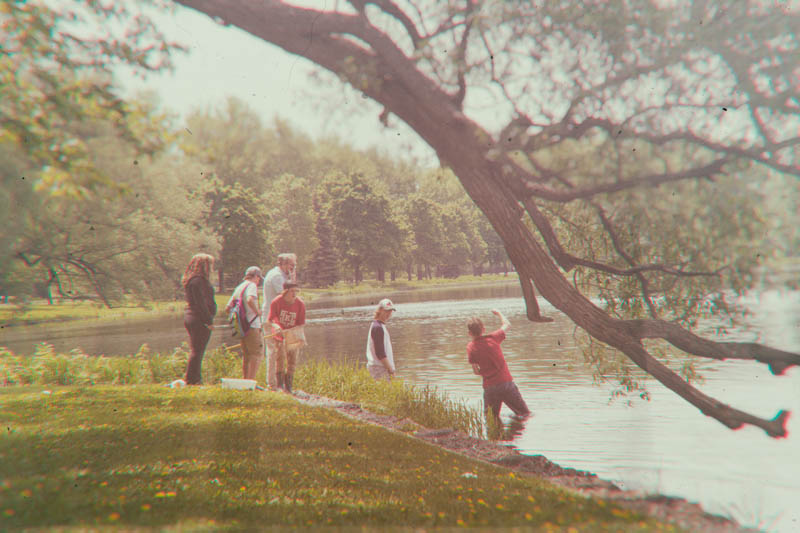 After lunch, we strolled to the far end of the park and found at least four Canada Goose families. Each family stayed together: mom, dad and goslings. I find that quite remarkable. In the second photo, I picture the adult trying to get the goslings into a line. 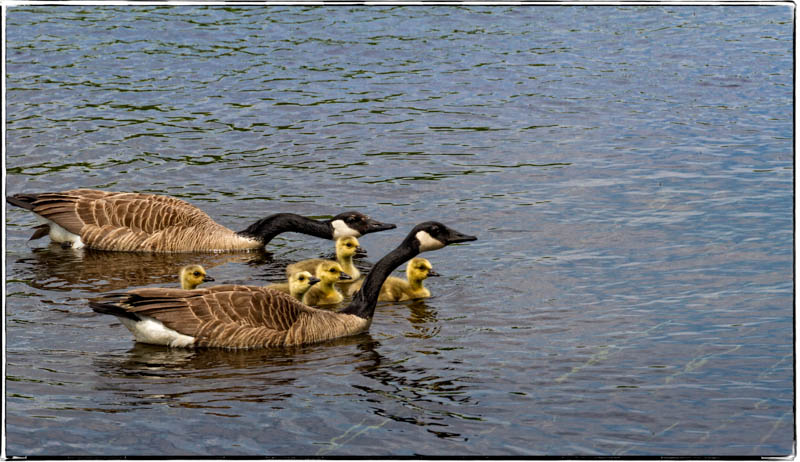 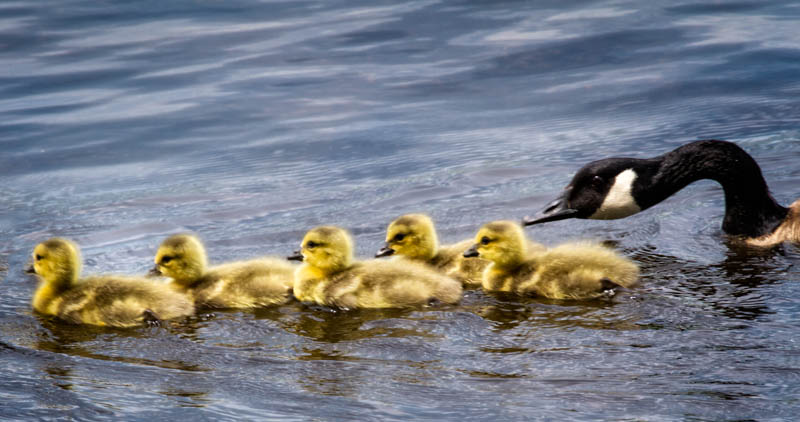 For a little while every spring, our provincial flower, the trillium, blooms. You have to know where to look, which is along shaded rural roadsides. I go back to the same spot, not far from home, every year.

This is the kind of environment in whcih one may find them — but only is you hurry because they don't last very long. 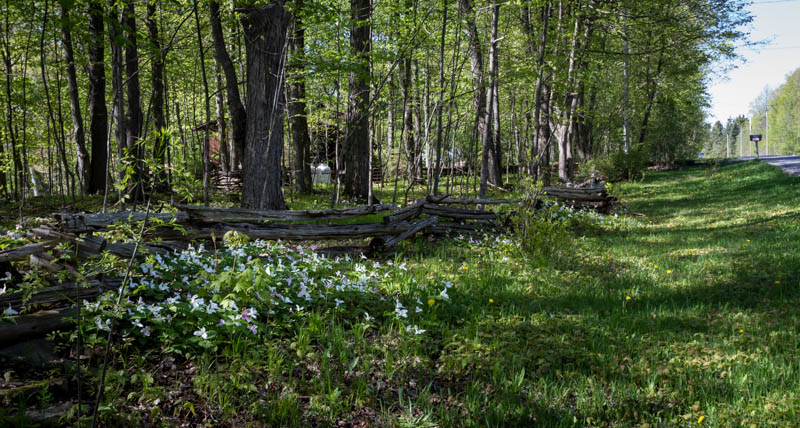 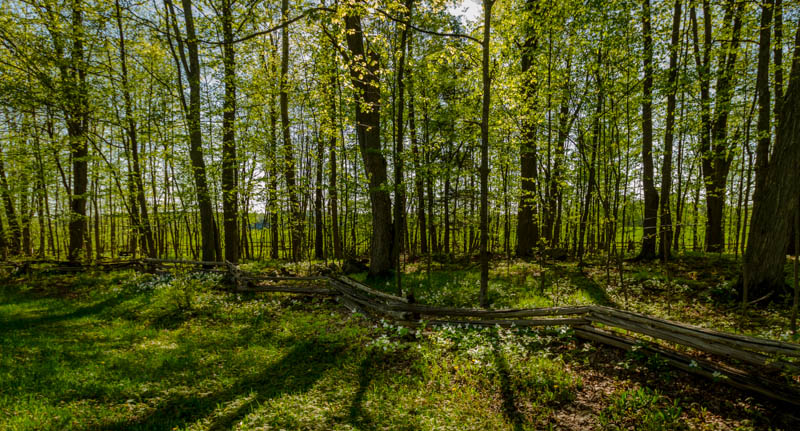 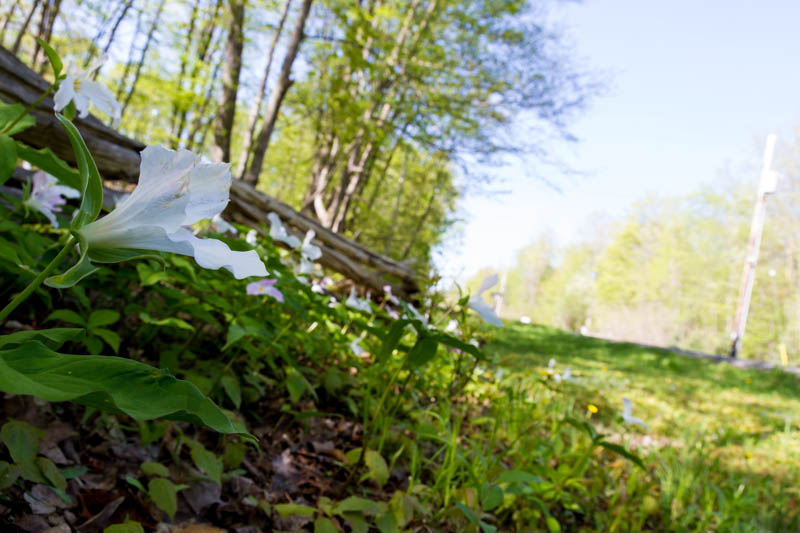 But, of course, one must get up close and personal. They are mostly white, but you can find some reds. 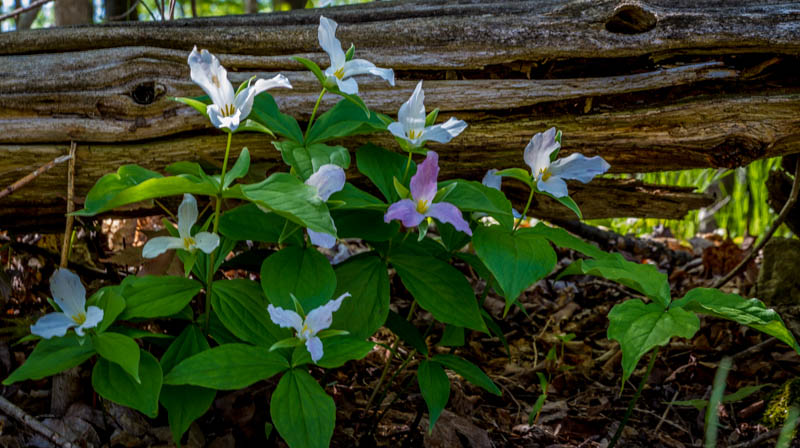 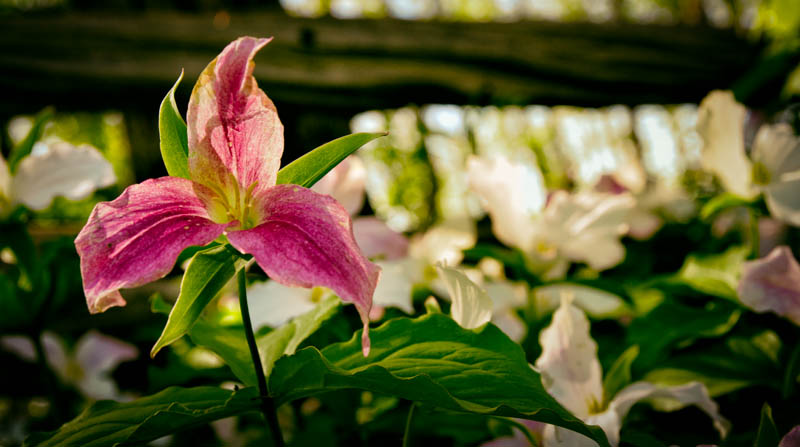 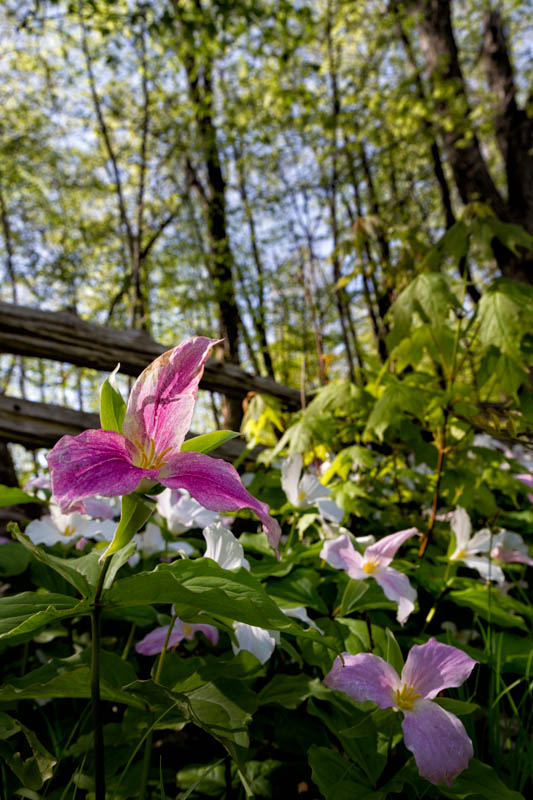 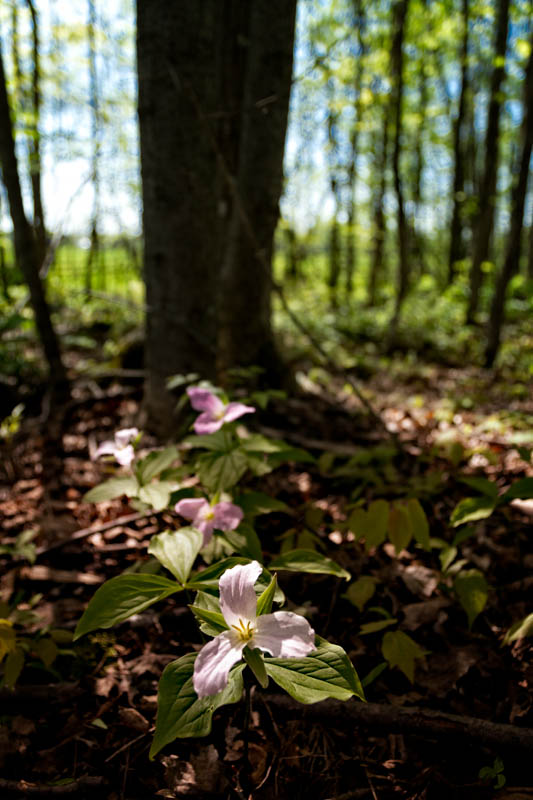 Remind me to do this again next year. ☺
Posted by Anvilcloud at 6:00 am 12 comments:

The kids have a very active feeder that attracts goldfinches. I think they so so well because there is a small wooded area behind their house. If we put one up here in our subdvision, we would get zilch.

So one day last week, I set up my camera on a tripod, backed a long way off, and clicked using a remote trigger. These are some of my results. Sorry Gail, you can't look because they are not up to your standards. ☺

Because I didn't know whereabouts on the feeder the birds were going to land, I shot the whole thing and cropped later — quite a lot. I may just pick a perch next time.

I must go back someday and experiment some more.

Oops. Almost forgot this one, taken sans tripod at a longer distance. It was one of the few appearances of the mature male. 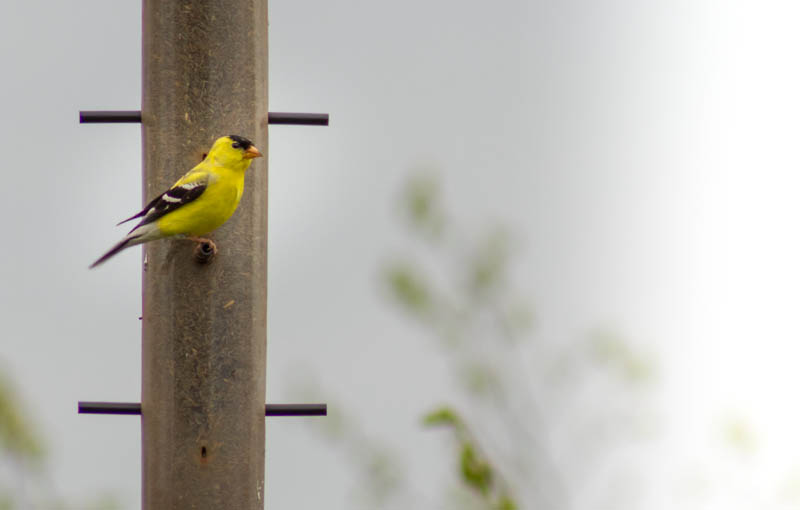 Let There Be Flowers

The world is suddenly bursting with booms. The daffs are fading rapidly, but the tulips are out, and the forget-me-nots are arriving. And don't forget the dandelions.

However, these pics were all taken indoors, all but the first at the garden centre. The first is of one of the flowers on one of Sue's bouquets. I don't know the names of any of the flowers. lol 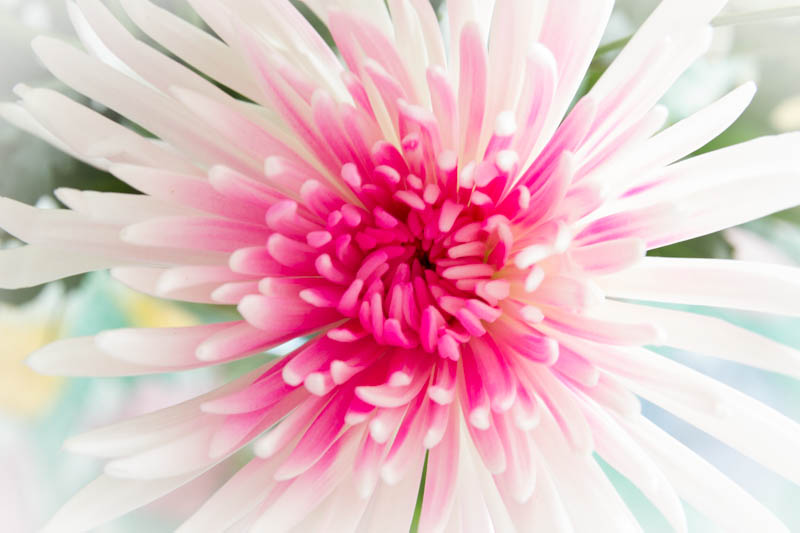 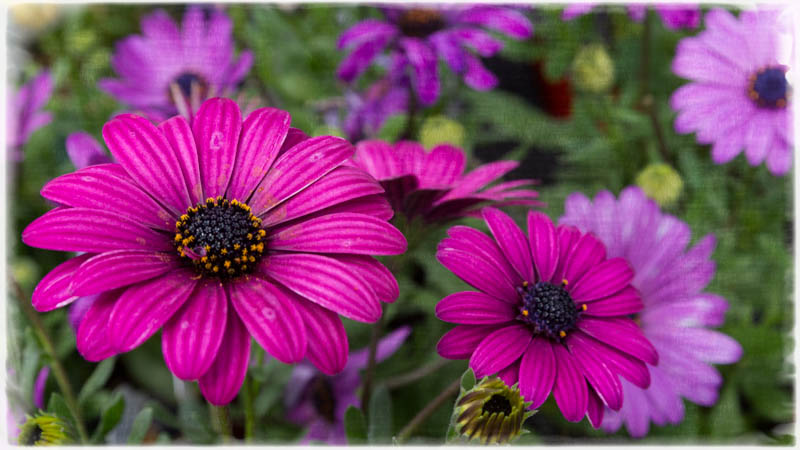 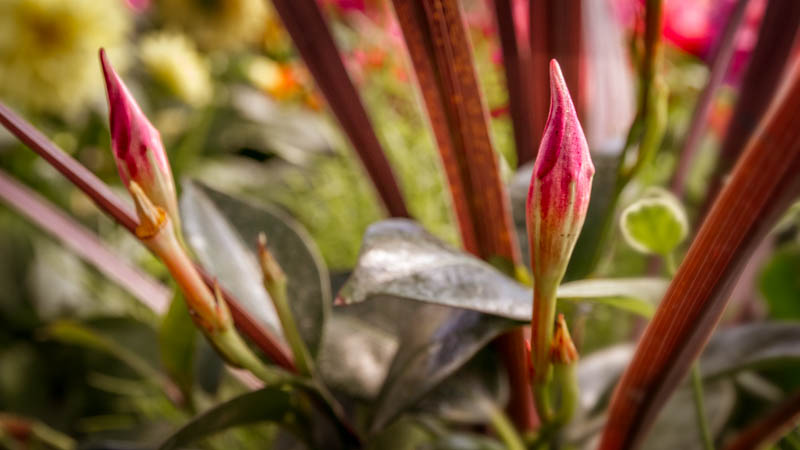 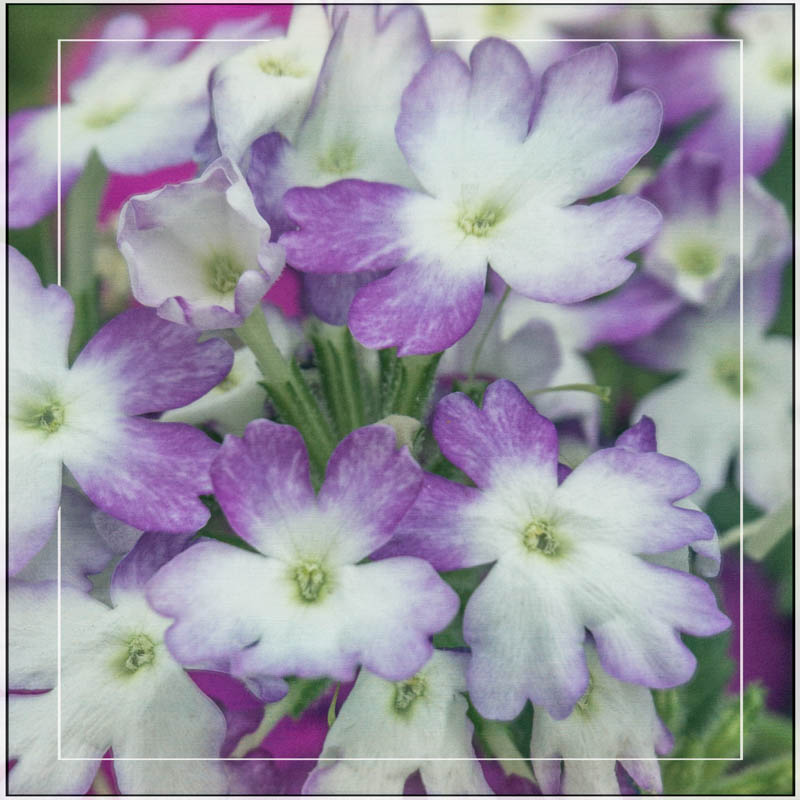 Finally, my favourite of the group. 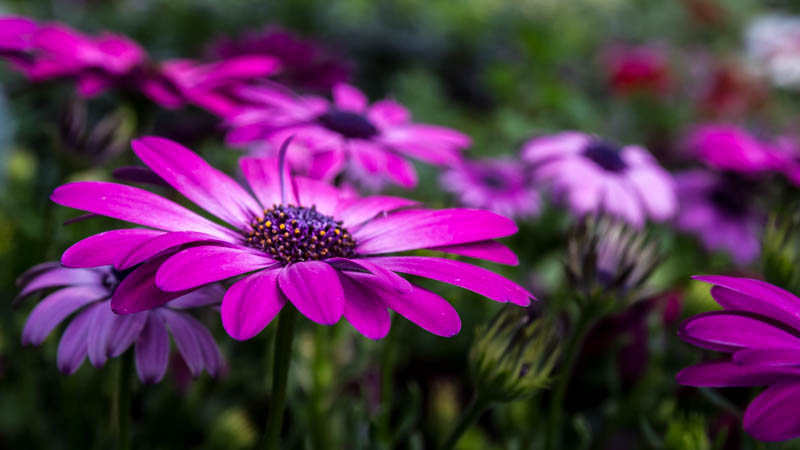 We thought that a day trip would be a nice way to celebrate our 45th and decided to motor to Eganville on the Bonnechere River. There is some variance on the pronunciation of Bonnechere, which is a name of French origin, my grade school French telling me that it means something like "Beautiful Darling." I have hear it pronounced both the French way as well as a very Anglicized Boncher. 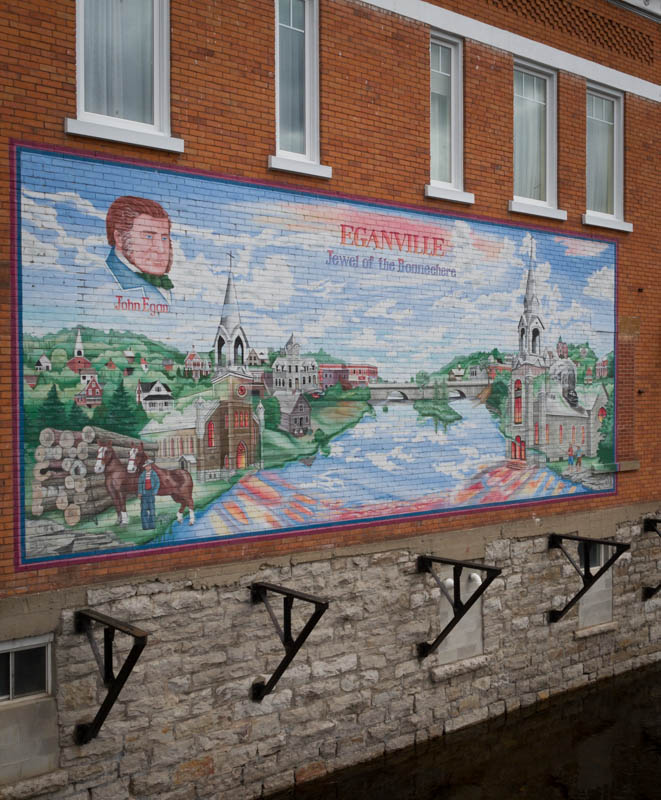 The original plan was to visit the Bonnechere caves and then to dine at the German restaurant in town. We had stopped there before for lunch many years ago on our way through town before we even moved to this area.

In the end we did neither. We skipped the caves for a geological tour put on by the museum staff, and our timing wasn't right for dining out since we had a picnic lunch earlier.

The tour began at the museum (former post office), a fine old building: one of the few remaining after a fire long ago. 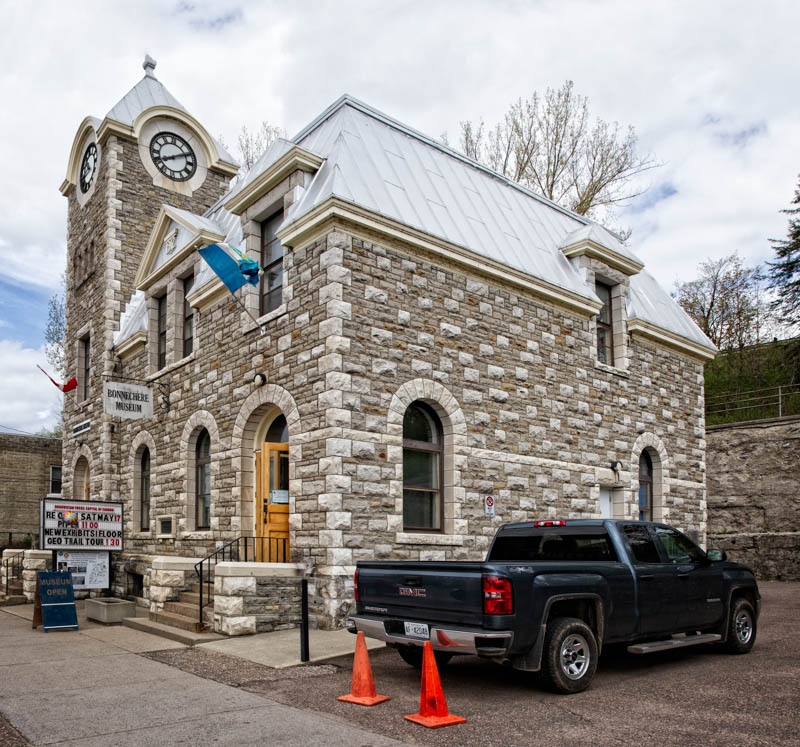 From there we crossed the bridge and headed downstream on the other side of the river. 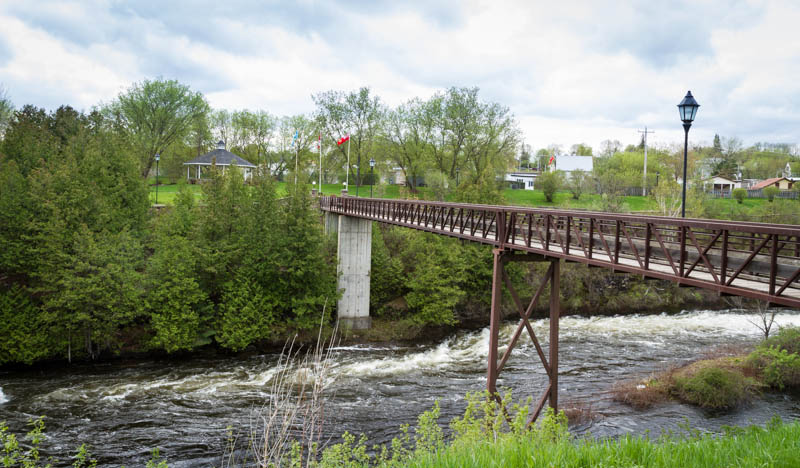 A display marks the beginning of the actual tour. One can pick up pamphlets and do a self-guided tour, but we had a guide that day. 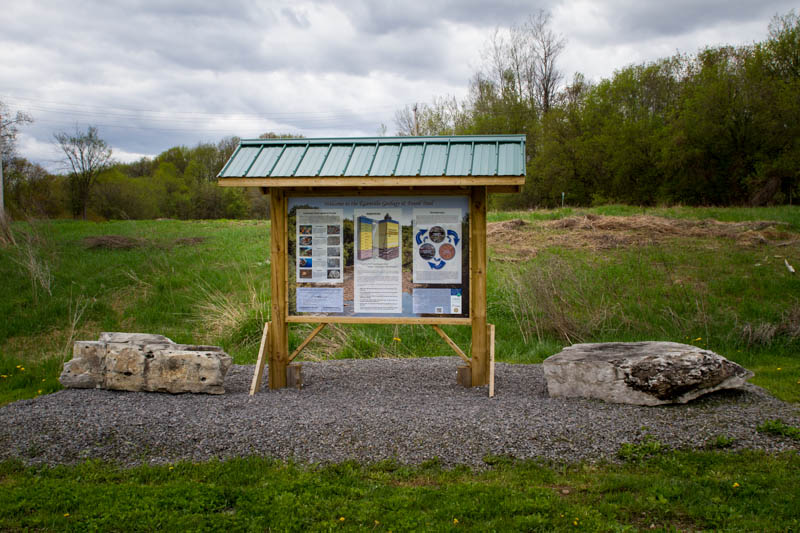 The guide and the group. ↓ 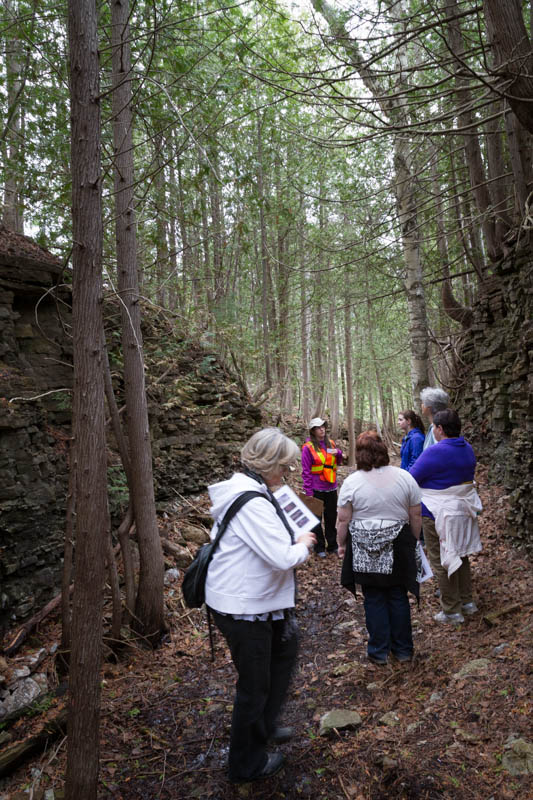 The bedrock is Ordovician Limestone, ~450 millions years old, is exposed by the river and tons of fossils. The bedrock is exposed in the following photo and a number of boulders of different types had been collected and lined up for our education. 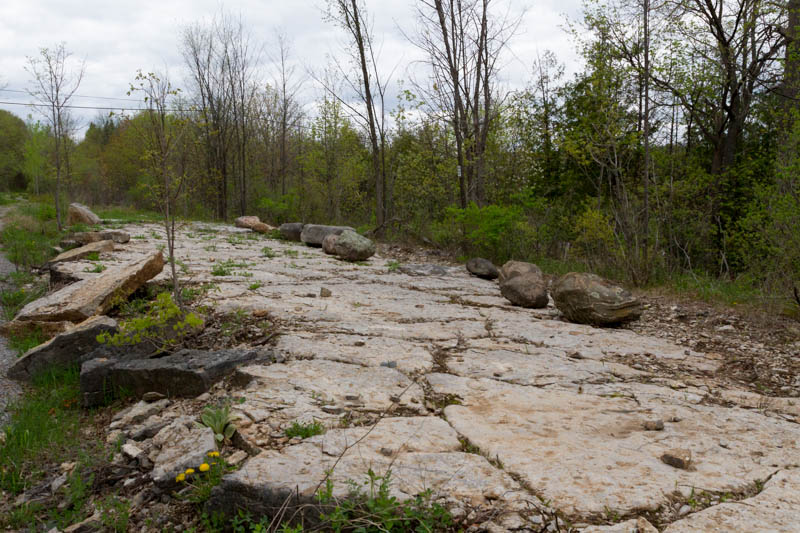 Fossils were abundant, the local hero being this orthocone (below) in one of the boulders (above). Sue's finger gives a sense of proportion, but you can see that the rocks is chalk full of all sorts of fossils. 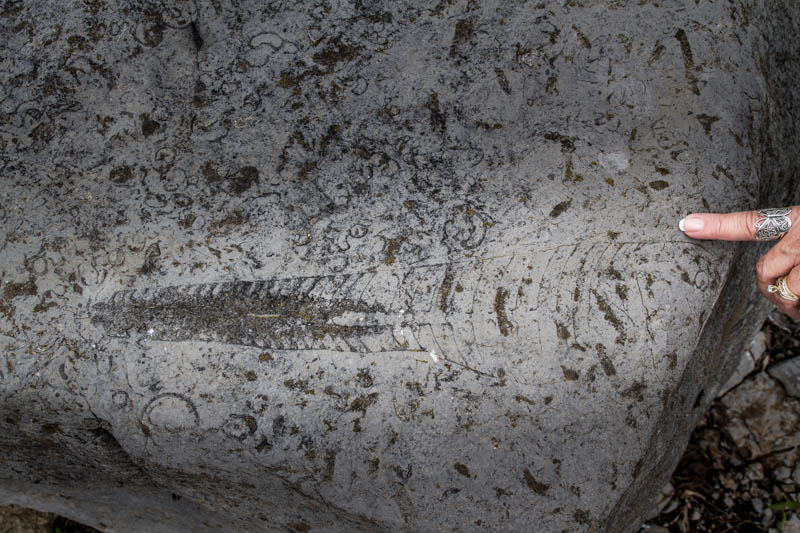 We trekked down to the river. 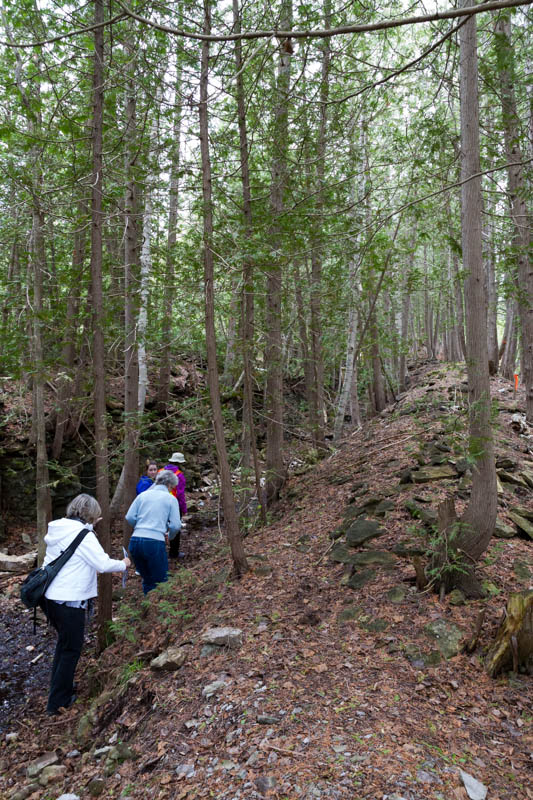 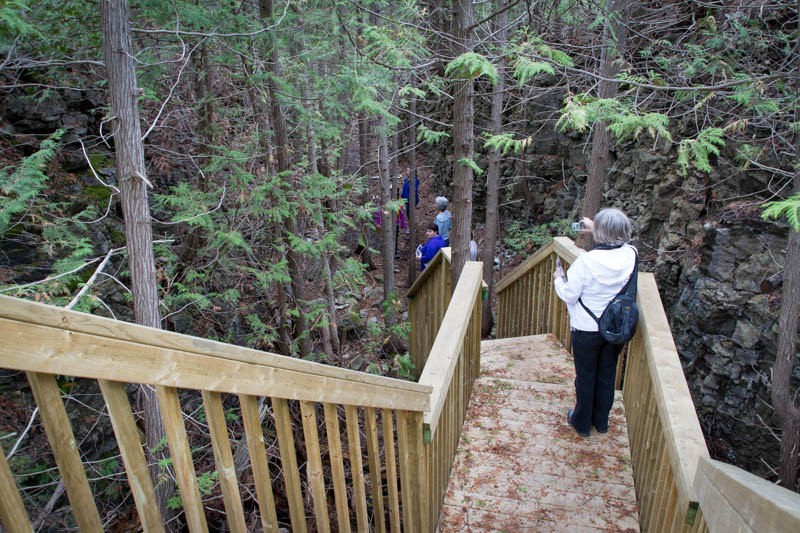 And stopped to view an old, flooded quarry on the way. 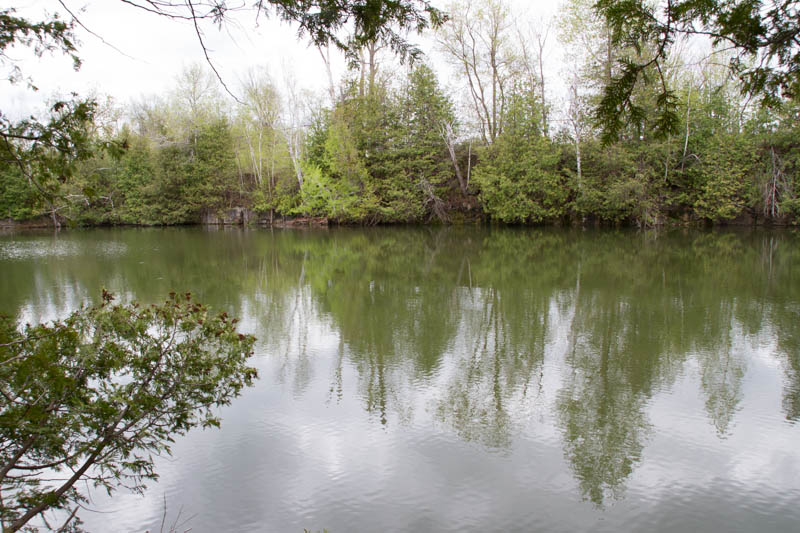 On the way back, I asked Sue to sit on a bench with a view down to the river. 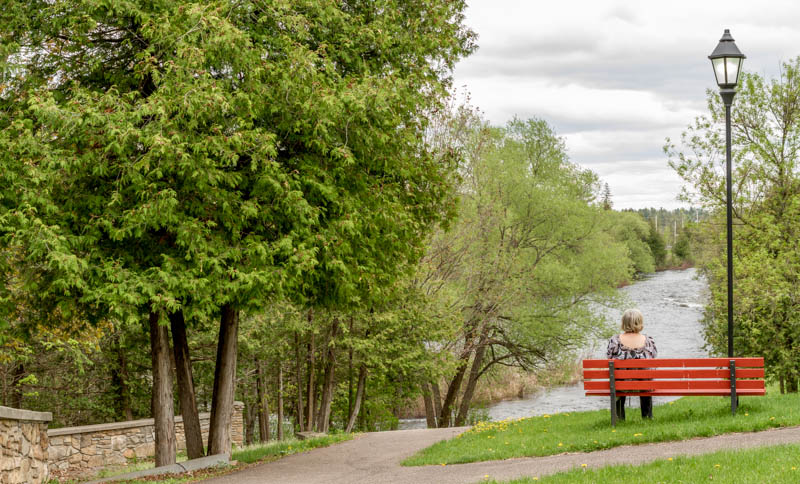 Before crossing back over the bridge I stopped to take a photo of the dogwood blossoms. I was surprised to see anything blossoming at this time of year, and, frankly, don't know if it's really dogwood or something else. 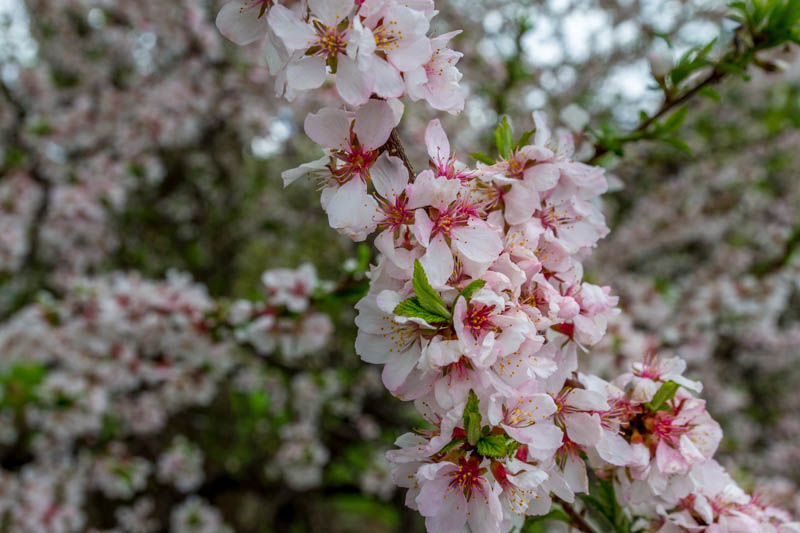 It was something different and fun to do 45 years later: something that I likely wouldn't have predicted all that time ago. Someday, we must return to visit the caves and eat at the Schnitzel Haus.
Posted by Anvilcloud at 6:00 am 10 comments:

Forty-five years ago today, Sue and I got hitched. It was also the Saturday of the May long weekend — Victoria Day. I have finally scrounged and digitized all of the 'pro' shots from that day; most were in b&w. He wasn't the best photog ever, but we have good memories.


Here is a link to my whole Flickr album should you wish to see more photos. They are larger and more or less in the order of the day.