The Next Spot Along

After a morning of sleeping until almost 6, I was up not too much past 3 on the next day. I was almost tempted to get up an hour and a half earlier but, obviously, managed to fall back to sleep although it didn't feel like it. Then, Lacey put an end to any further attempt. Trouble is she is so darn cute in the morning, licking, biting (gently) and butting.

I was so early that I had time for a fairly leisurely coffee before going to the second stop that I have mentioned. It is not much farther than the first stop and, therefore, not really any different.

But every morning sky is different.

On this day, took a photo looking away to my right where there is a farm or two and a road. It was pretty dark. 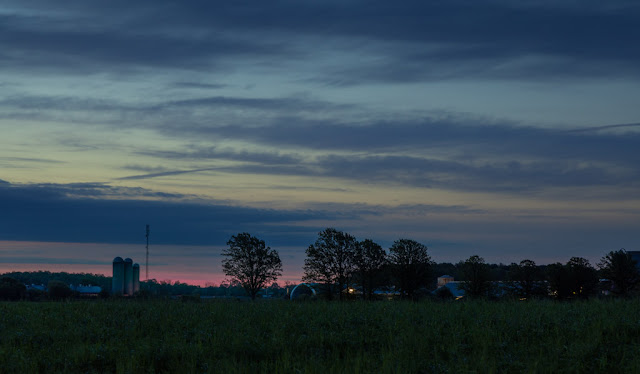 Then I looked the other way where I really liked the clouds. 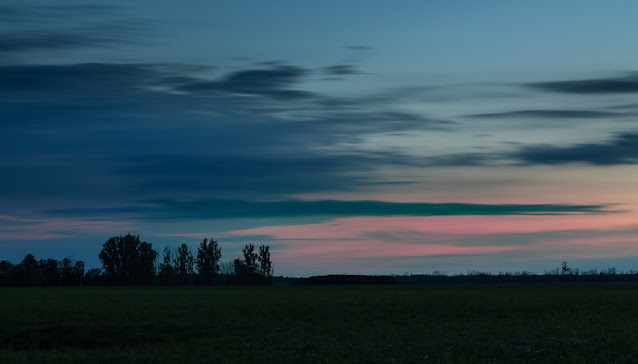 As usual, it was still blue hour before the sun actually rose. I say that, but you can see the effects of the rising below the horizon before we actually see the sun. This goes on for an hour or more. The colour changes from time to time and from one direction to another. It is very magenta in the next photo. 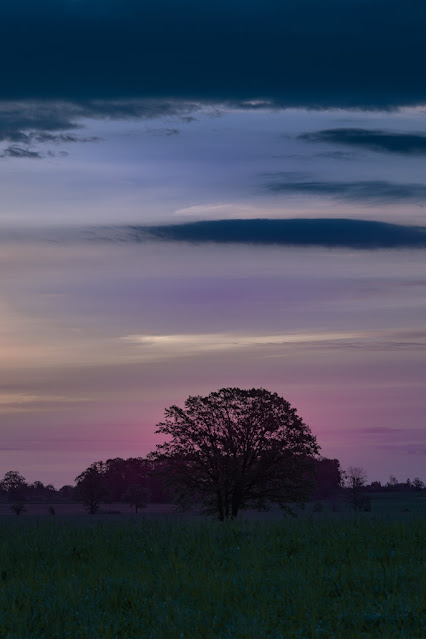 On this outing I actually waited for the sun itself. Here it comes. 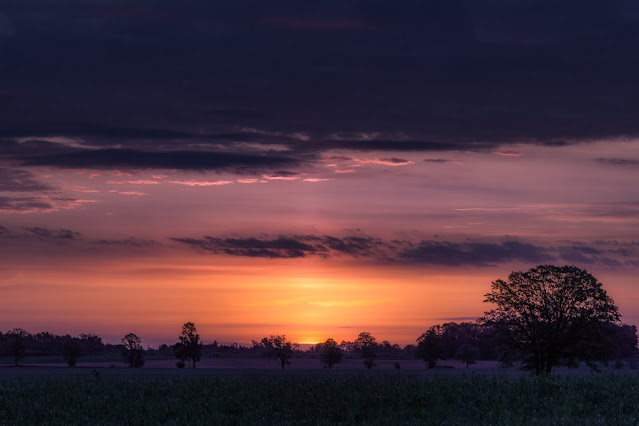 About a minute later, we can see a bit more of the orb. 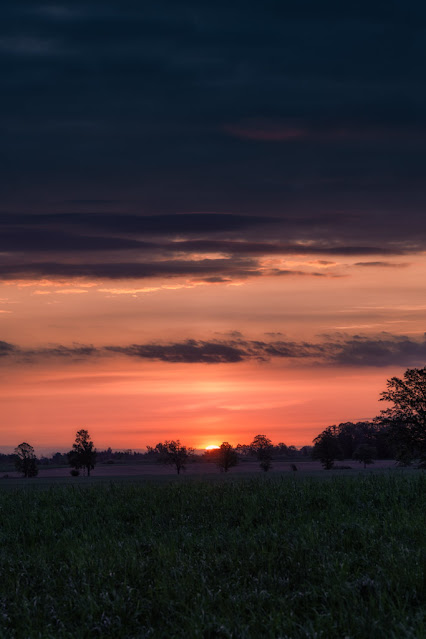 It rises so quickly when you are really paying attention and watching. Only about 2.5 minutes after the above photo, it was fully up. 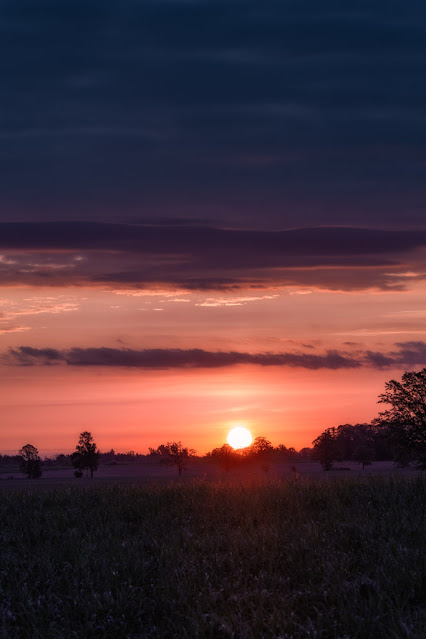 You can see the problem of photographing the full sun when the ambient light is still dark. It blows out. Otherwise, I would have to underexpose by so much that the rest of the photo would be even darker.
I have one more spot to try in the same area. I don't suppose it will look any different. I don't know what I will do after that.

Posted by Anvilcloud at 6:22 am

I always think I am going to get up early to catch the sunrise. And then I turn around in my bed and get another hour or more of sleep. I would have loved to catch the sunset while staying close to the sea though. Perhaps another time.

I like the difference between the last three shots and am amazed at how fast the sun actually rises!

The time before sunrise is magical and you captured it perfectly.

You are having a lot of fun with these sunrise photos. Are you populating the walls at local cafe with photos for sale again?

I am really glad that you're going out and braving the wild monsters (mosquitoes) to give us (the rest of humanity who were still asleep) these beautiful captures of sunrise. My fav? Can't decide...but I could skip seeing the full sun with silhouette of the foreground.

@Marcia. No cafes open to exhibit my splendour. 🤪

There are times I catch sunrises, more often than not from being up all night. Beautiful shots.

I used to catch sunrises when I worked, but now get the occasional sunset. Because of all the evergreens, it's tough to get an unobstructed shot. I love the colors! Cats are at their best in the morning.

The third shot in this post when the sun is beginning to rise and the skies are so changeable is my pick from this group. You are right that in saying that when it rises it is so overpowering. I think the minutes before it does are the best, just saying. For the past several days, I have thought of rising before sunrise, but it has remained just that...only a thought.

Beautiful photos. I'm up early enough for the sunrises here but not really functional :-). Your sky looks like ours did this morning. The clouds moving in. I love the vertical one with the tree.

Actually wonderful photos. I wish I could have posted photos of my hike today, but Blogger wouldn't allow me to post anything!

You get credit for being persistent and working hard to find what you want. I like your sunset photos.

I have ever taken one good rising sun photo. As you say, it comes up so quickly.

You are a very patient photographer. And were rewarded. :)

That was so worth it! Well done.

I think you should do this more often. They are wonderful photographs.

I can't get over all those gorgeous sky colors!