Thursday was the day of my trillium photoshoot: the shoot that didn't produce great results (previous post).

Later, because as it was a nice day after a long run of not-so-nice days, we thought to take a drive. We decided that we might as well go as far as Arnprior and indulge in those Wes' Chips.

But wait a minute! About a quarter of the way there, the car developed what I can only describe as a loud whistle — a very loud whistle. That doesn't seem to be the right word to describe the noise, but I can't seem to find a better word.

After bearing with the screeching (still not the right word) for a few minutes we pulled off onto the side road, got out, walked around the car, and saw nothing amiss.

To be on the safe side, we decided that we should turn back toward home.

But there no noise on the first leg of the return trip.

Still, rather than resuming the journey, we stopped at a chip truck in a town on the way home and ordered their fries. I felt confident in ordering large because there seems to be a consistent size with whatever truck we visit. While I find that large is often a bit too large, we hadn't had lunch yet, so I though we should go big.

I ordered but was gobsmacked when I was asked to fork over eighteen dollars.

What the heck! Something wasn't right, but I had ordered them, so I dug out a twenty.

They were freaking huge, probably twice the size of large at most chip trucks. In fact, they would be closer to family size everywhere else. 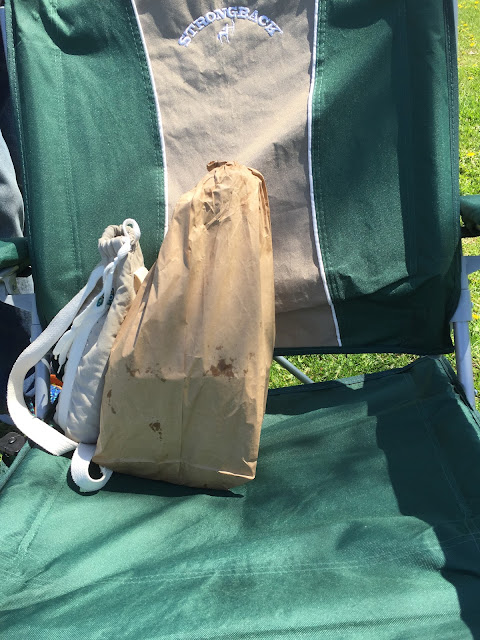 We took them to the park and had a pleasant view on a pleasant day on the bank of OUR Mississippi River. 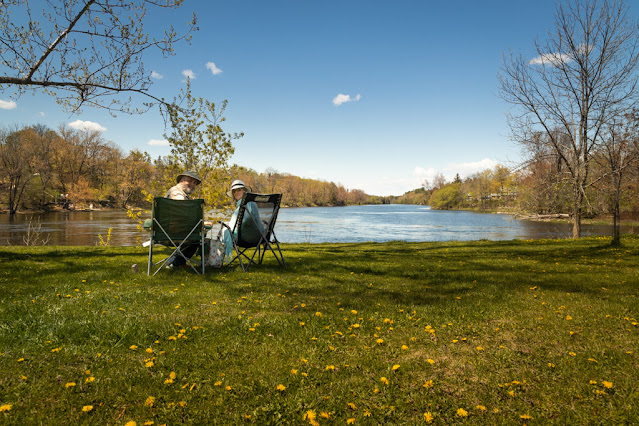 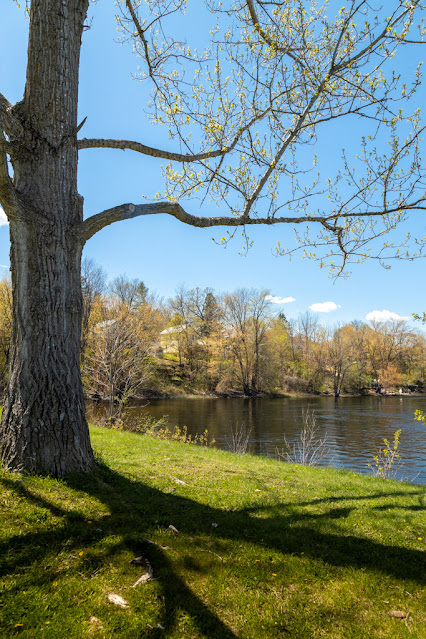 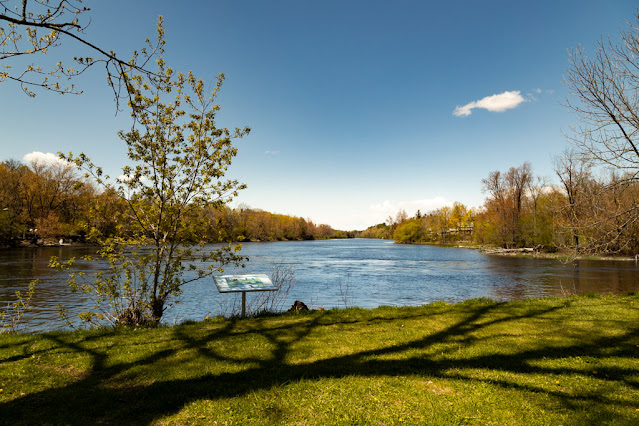 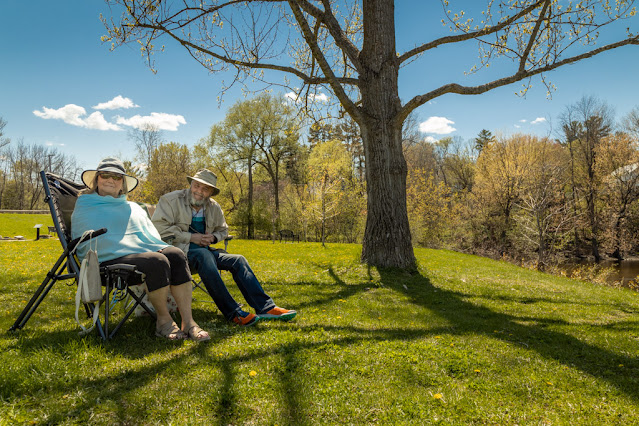 We consumed what we could and then took a big container of leftovers home. Sue, being a waste not, want not kind of gal brought home a bucketful to perhaps reheat later.

I am not sure that we will do that, however, because they were pretty greasy and felt leaden in our stomachs.

So that was my day — mediocre photoshoot, car noises, and expensive and greasy chips.

Ah well, I now have a memory and fodder for a blog post.

Posted by Anvilcloud at 5:42 am

Whistles and screeches might be a loose belt somewhere under the hood. What a lot of potatoes you got for that price! Loved seeing your pics by the river...I guess the camera was propped on the car or a table or somewhere. Very clever!

But did you get to the root of the car screeching/howling/whistling?

Did the whistle not return at all?

I married my mechanic. Strange sounds from beneath the car don't worry me at all. Unless of course, they are coming from my mechanic.

There are two chip trucks open in Lanark Village. So far I have managed to drive by. And our trilliums are small around here. Too little moisture, we figure.

Just thinking about the chip truck is making my mouth water.... sorry about the slurping!

It could be a loose belt.... or sometimes a whistle can be from the wind hitting the car grill just right and making a sympathetic vibration. If it was fully absent on the return trip.... seems wind may be likely.

Hope you find out what that sound was all about. It will probably return, they always seem to wait until a really inopportune moment. And those chips sure don't sound good to me as I continue to recover from dental surgery. :-)

What a shame about the chips. Cold chips are just not great so just the right sized portion is important. I hope your car is ok. Fingers crossed for a good week ahead.

Now that's quite a price for fires. I hope they were really good.

My gosh, that's a lot of chips! But the photos of you and Sue are terrific.

Today will be better.

That's a giant size serving of chips. Did you actually eat the leftovers?

That's a lot of fries.

Leftover $18 fries have never tasted good to me!

I hope the car noise is easily resolved.

I'm afraid we can't eat many fries over here in my family because of the carbs. Sigh. It always makes me VERY nervous when the car makes weird noises like that.

Hopefully your car is fine. It is scary to have screeching sounds coming from the car.

How disappointing! That seems expensive even for a large amount, and then they were greasy? I'm not a huge fan of fries/chips and they don't reheat well either. :(