The Boneyard Part 4 and a Personal Connection

When I came across this 1958 Pontiac, I had to take a picture. It is not that it was the most outstanding vehicle in the boneyard, but it is one with which I had some connection. I wouldn't go as far as saying that I was nostalgic, but there was a connection, for it was the car in which I learned to drive and also in which I obtained my first and ongoing licence. 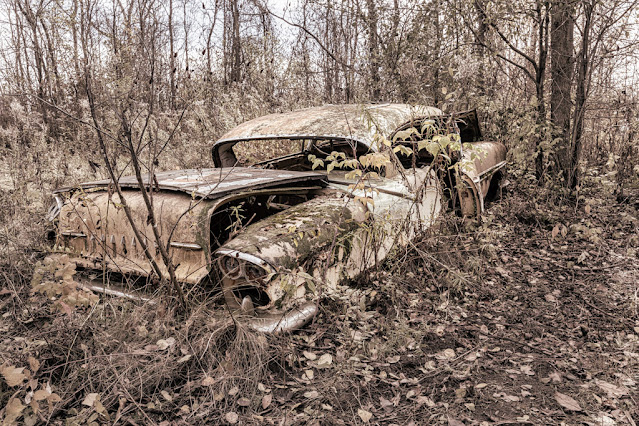 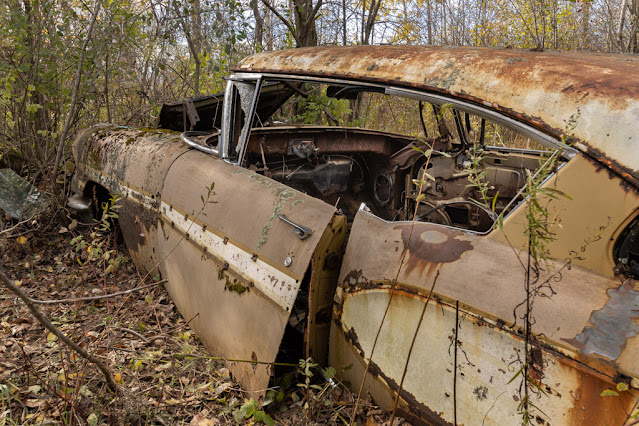 This one in The Boneyard appears to be close the same colour as our car back then, but with the cream and tan reversed. This was taken in front of our residence. I sure look young, either 15 or 16. 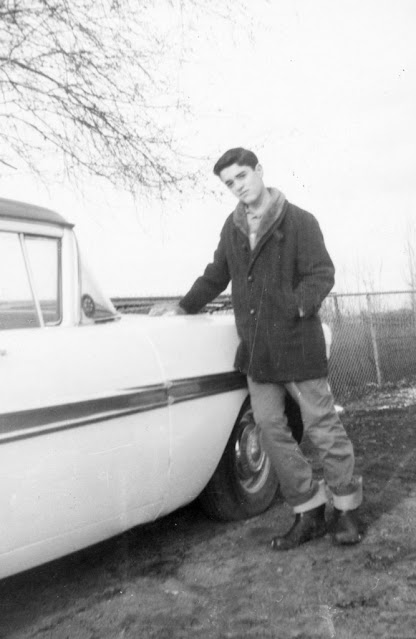 Another view with my mother by the car. I believe that we had been on a jaunt to a conservation area, perhaps with my uncle or a friend of mine. In either case it would have been a summer visitor from Montreal where we have lived not long before moving to the Toronto area. 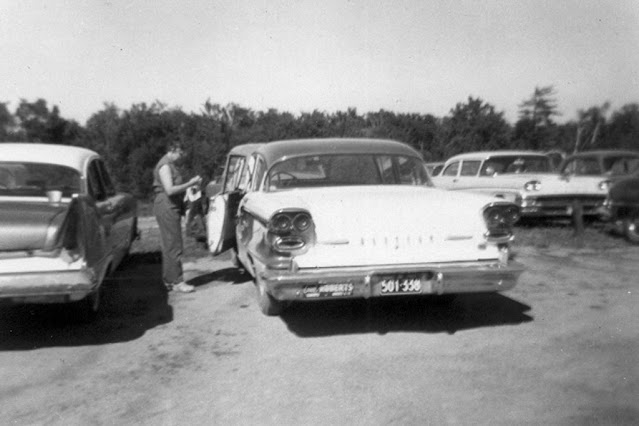 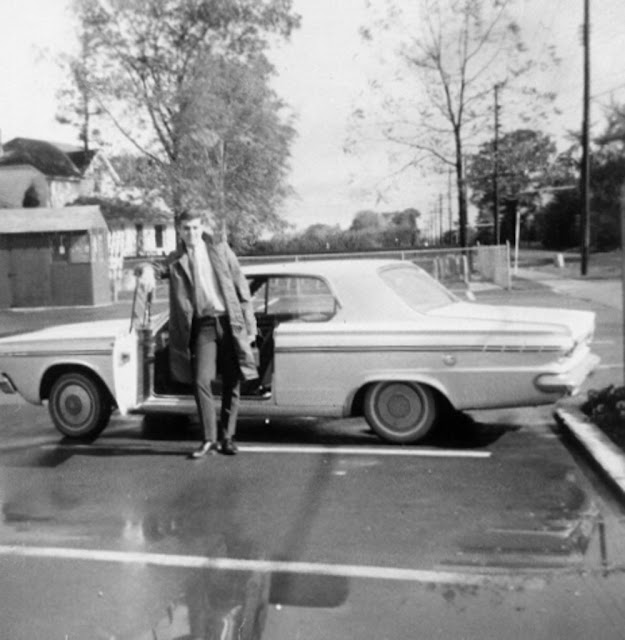 It must have been a Sunday, for I was dressed up, and, judging from my posture, I may have been feeling pretty good about myself. I don't know where we were though; it wasn't at home or at church. I wonder if we went out for lunch after church. If so, it was a pretty unique Sunday.
Posted by Anvilcloud at 7:00 am

What a lovely wander down memory lane. It is funny how seeing something triggers these trips. In the last photo you do look very pleased with life.

Teenagers and cars--such an important relationship. A first taste of autonomy, perhaps.

I love seeing these pictures of you as a young man, and the change in cars over the years as well. :-)

You look so handsome and that car looked good, too. Memories!

We had a banana yellow Valiant. As I recall we didn't keep it very long. The reason lost in the mists of time.

Enjoyed seeing this memory trip of yours down memory lane as seeing that rusting Pontiac brought back memories of cars in your family, AC.

I like looking at old family photos... even if they aren't of my family.

Your grandson resembles you in the first photo. I find looking at the old cars interesting. I hope you find a few old tractors.

Odd how memories crop up.

I love looking at old pictures! My parents had a '56 Chevy Belair. I wanted to learn to drive in that car but they got rid of it.