It took 630 days, but on Saturday, I photographed my first of Jonathan's hockey games since March 01 2020. Or if you prefer, the elapsed time was 21 months + 3 weeks, or 90 weeks, or 15 107 hours.
That's a long time between clicks, folks.
That's how much effect one lil ole pandemic can have. The 2020 season was cancelled although the boys still practiced and played intra squad games with no one able to watch.
This season, they have been playing for a month or so, and I had attended one game. But I took the camera to this one. Thankfully, I didn't completely forget how to use it.
I didn't wander around like I used to, however, and restricted myself to one end of the rink, the end where there was no crowd whatsoever.
Even then and as required, I wore my mask as much as I could, but I did pull it under my nose on occasion because my breath was fogging up the viewfinder. I was far enough away from everyone that it wasn't a problem, except if anyone were to notice and want to make an issue of it. But as I said, I did try to abide by the rules as much as possible. Besides, you can't get in arena in the first place if you're not fully vaxxed, so I was not too concerned.
Onto the photos. The first is of JJ with his back to me during warmup. He's helping to clear the puck from the net in the second photo. 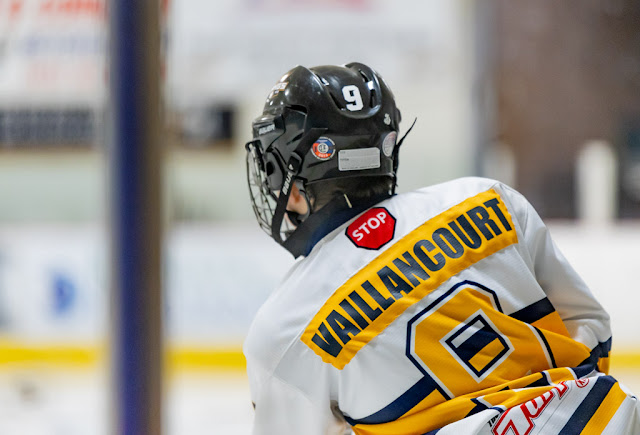 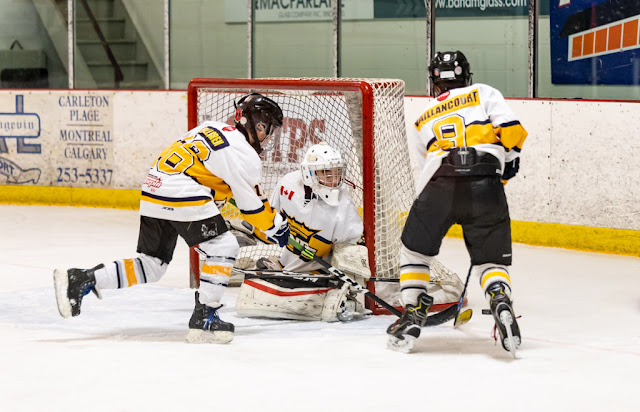 Some kids are more involved than others. Number 14 is one such boy, and he is in both of the following photos. 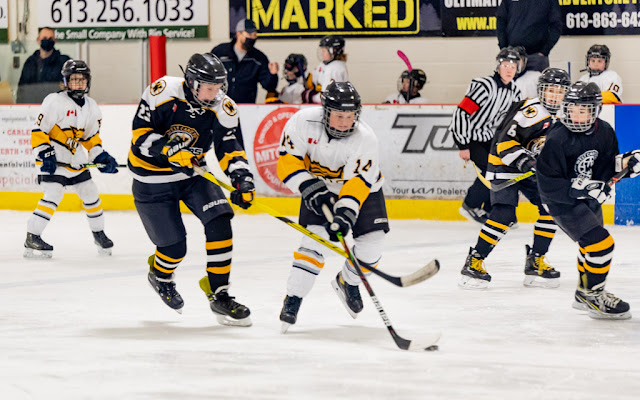 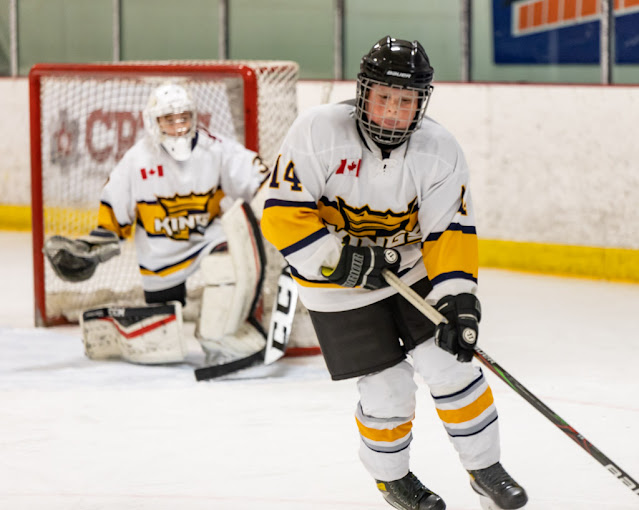 Another player, carrying the puck. 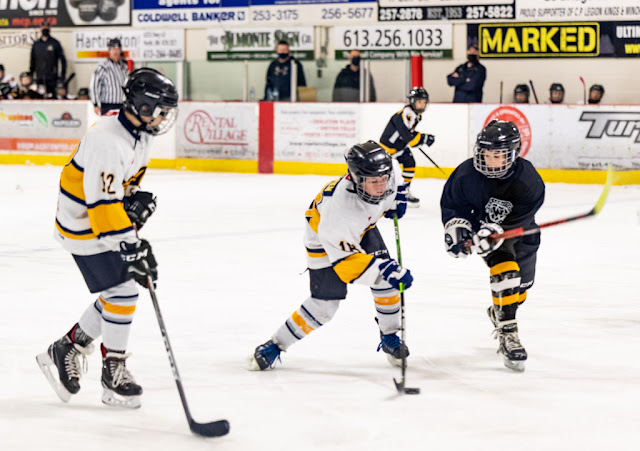 I am mostly looking for action photos, but I like this boy looking at the ref, waiting for him to drop the puck. Maybe I will try to do more of these. 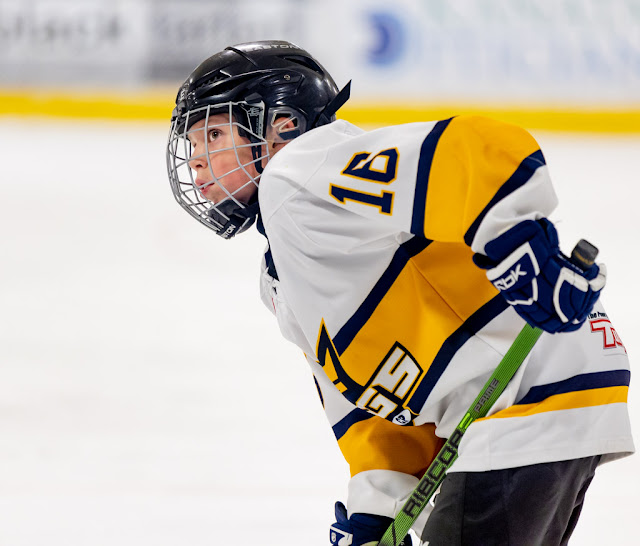 Of course I could easily post twice as many, but I will show better judgement.
Posted by Anvilcloud at 6:44 am

The kids must be thrilled to be playing games again. It’s been a long pandemic!

WOW those are some very excellent action photos. Life returning to the familiar is good for all.

Your photos capture the moments very well. I look forward to more. :-)

I would imagine the parents of those boys would love a print of your shots of them, or maybe just a site where they can go to see them!

The mask and fogged glasses! Maybe try a folded facial tissue in the mask near the bridge of the nose under the wire of the mask: a suggestion seen on social media.
The boy looking at the referee is my fav photo.

Great shots of your grandson in action! I dislike wearing sun glasses for the same reason - they fog up when I wear my mask. So I wear the mask but not the glasses. LOL.

I love the shots! Action ones are particularly difficult to capture. My Alexa Question of the Day was about hockey--how thick the ice is and I had no clue. I guessed correctly though!

I LOVE hockey. The fourth pic is cute: he's concentrating and sticking his tongue out. He might stop that if he gets hit hard enough and bites his tongue. I hate football (even grew up in Oklahoma where they are football freaks.) I love local hockey games when I can sit close to the ice. The nosebleed seats up high just aren't worth it. But the seats are getting so expensive! Have fun! Linda in Kansas

Great sports shots, You love the game as well as your grandson!

I know it's gradually making its way back in arenas here. I'm going to a game tomorrow night. Canadian and American women's national teams.

Nice shots. He must be happy back at hockey.