Fish for Me on Your TG

While so many of you were celebrating Thanksgiving with turkey and, if you were lucky, also with family, we headed into Ottawa (just the western outskirts, so not the real city) for fish & chips. It was our first lunch or dinner inside a restaurant in a very long time. It has probably been a little more than two years since we ate at The Glen with our friends, Bob and Barb. It was time to do it again. Long past time.

It was delicious. The fish came piping hot and was soft and flakey beneath a light but crispy batter. It was, perhaps, the best ever although it is possible that it was extra appreciated after the long hiatus. By the way, the chips/fries were also just about perfect.

I took no pictures, but on the previous evening, I had photographed another of Jonathan's games. I will keep it to just a few photos, just of him this time except for one other that you will see at the end. 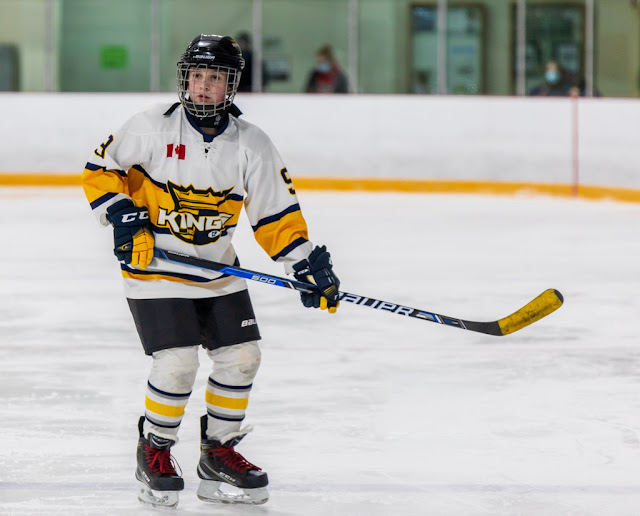 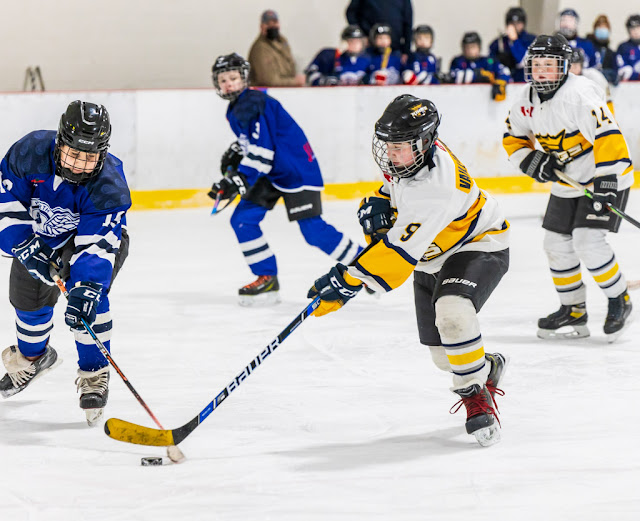 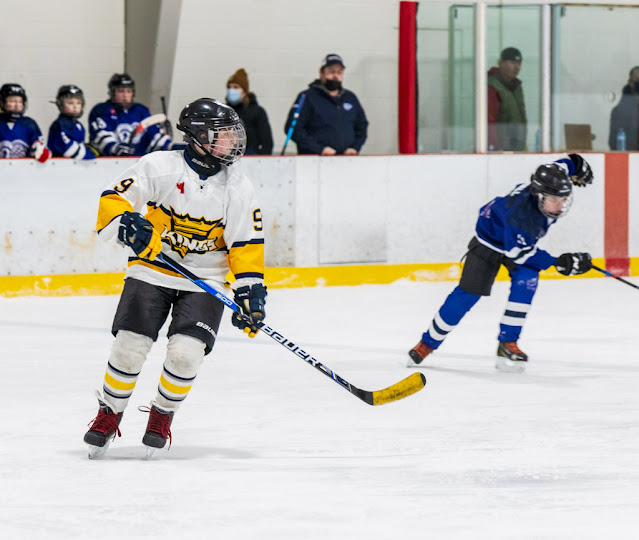 We waited for him after the game, and he came out of the dressing room wearing a crown. The team is called the Kings, and he was crowned King of the Game for this one for his good supportive attitude. Here he is, crowned in the centre (not my photo). 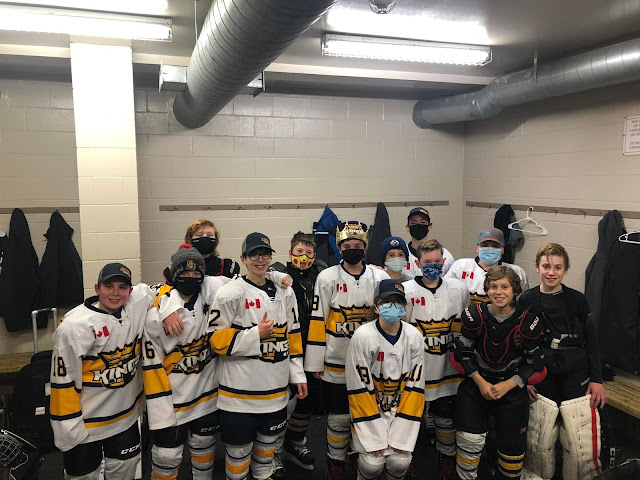 Now, for the other picture. I thought was possibly the best photo of the evening because of his gesture, but there was a blank, green wall behind the goalie, so I decided to put a cheering crowd in there. It probably doesn't help a lot, but I had some fun with the experiment. 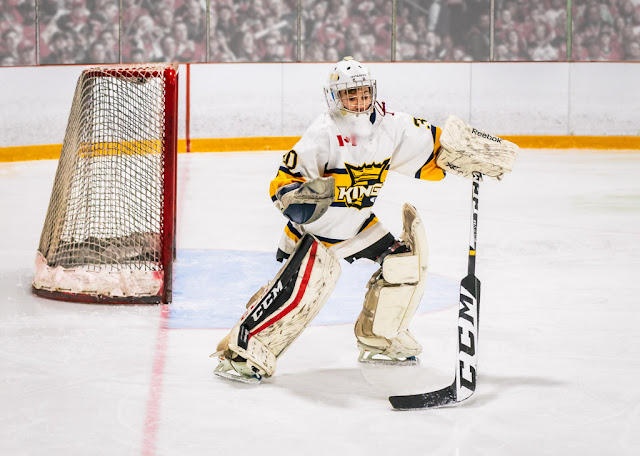 This evening will feature the town's Santa Claus Parade. It is unique in that they do it in the dark. There may be snow which would be a nice touch, but I am not sure if we will make it to the parade as we may have a bit of a timing issue with picking Danica up after work.
Posted by Anvilcloud at 5:50 am

So clever you are, adding those people to the last photo! I dare say he's really glad to be out playing again!

Fun pictures! And this is the first TG in years that I actually had turkey instead of salmon. Your fish and chips sound wonderful!

Swimming in turkey and gravy here and now I'm hungry for fish and chips. Yours sound perfect.

I love your experiments, as well!
Your photos are wonderful.
Our parade is next week. We stay away!
OH, yes, I saw Shauna's photo on the Facebook page for Lanark Lifestyles! What fun!

I like the sound of that fish as I don't like a heavy breading. As I mentioned on my last post, I wish we celebrated Thanksgiving when the Canadians do. There is just TOO much happening this time of year. Love the hockey photos and glad they wear so much protective gear. Congrats to JJ on his great attitude!

That fish and chips sounds great. And eating out, how posh!
My Canadian nephew was a Toronto hockey madman from an early age, playing before he could really skate. All his school artwork was about hockey no matter what the assignment. One time his teacher insisted that he stick to the theme, Spring. He turns in a hockey scene, labeled Leafs in spring training. (!)

You two always amaze me with all that you do. Danica is most important.

I like the way he always has his eye on the puck and the game.

Love the Glan.
Great clean shots, and with rink lighting, too. Good job.

Don't forget Danica! Glad you got to eat out. We are doing it more often and until the other variant gets here, we will continue to eat out. Great photoshopping. Mine never look good.

You take such amazing action sports photos. Jonathan will treasure these photos forever. I do love how you added the crowds to the photo. And what an honor to be crowned King of the Game.

Well... we're having turkey again tonight and that should do it for now, except the bags of turkey and stuffing we have frozen for next month... or maybe January or February.

Fish and chips sounds very good though we did enjoy the turkey daughter Sarah made. It was a turkey breast nestled on top of the stuffing. Haven't had stuffing so good in a very long time. The pumpkin pies were delicious as well and oh yes did leave the skins on the red potatoes when mashed.

As someone sort of mentioned above, I'm about turkeyed out right now and some fish and chips sounds like just the thing.