Does Jonathan Resemble my Dad

I have posted before of the emerging resemblance of Jonathan to me. The similarity between us is almost uncanny at times, but there is something about him that also reminds me of my father.
Dad had light, curly hair as a baby. So did JJ. I, for sure, did not. Although shape of dad's upper lip was more pronounced, they definitely look related. 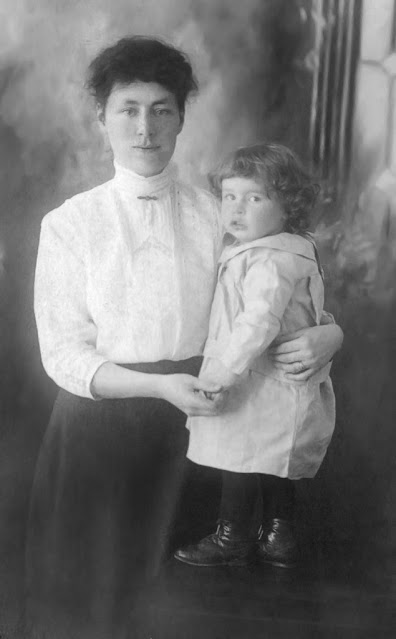 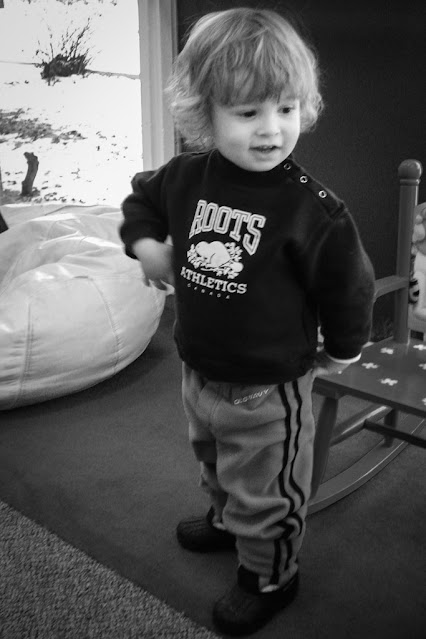 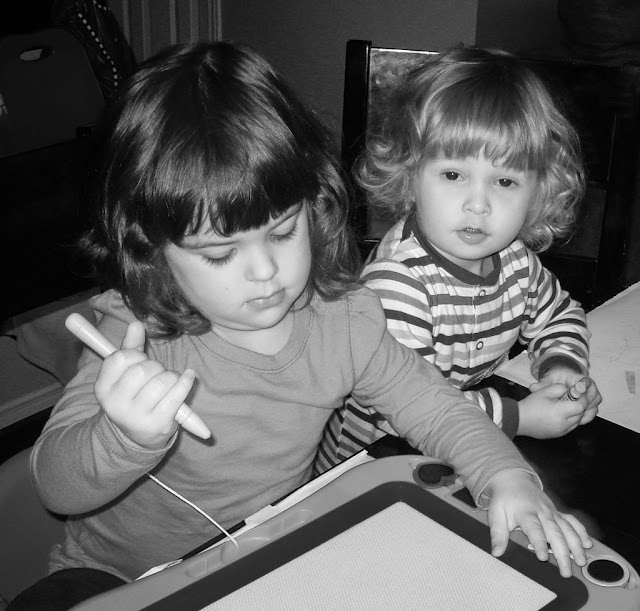 Dad had a bashful streak when he was young. When I showed the family this photo, they were taken with the similarity both in appearance and attitude. It's a pretty fine, old photo of my dad with a neighbour. I wonder who took it, but I am guessing that it was my grandad. 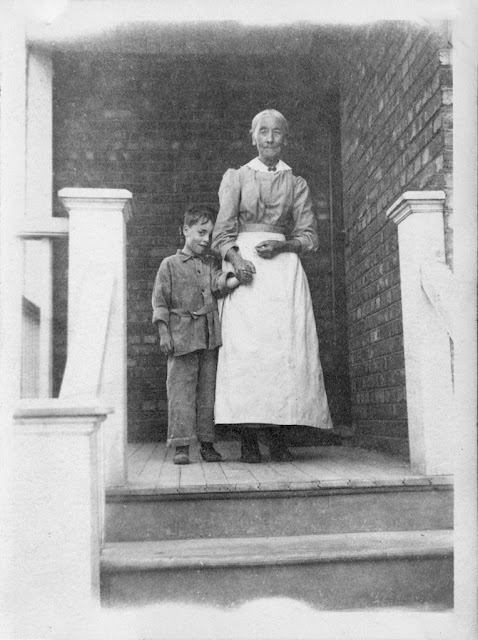 Like dad, above, Jonathan also had a bit of a shy streak although I think he was more sad than anything in this photo after Danica's school bus went off without him. 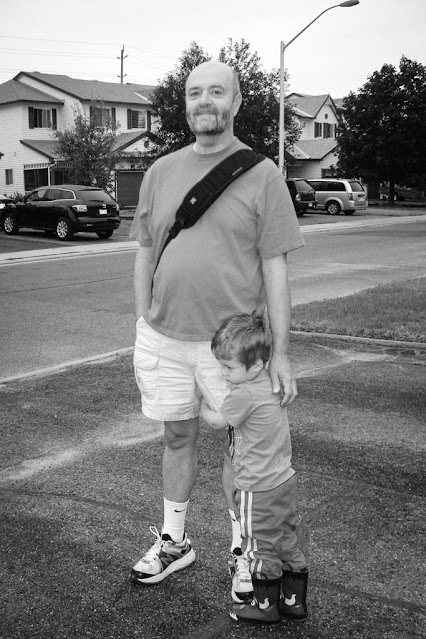 I have two more photos in which I could almost think that dad was Jonathan or vice versa. I think the fact that both photos are out of focus actually helps us to see the broad similarity. In both cases I think he looks more like my dad than I did at those ages. Particularly in the second, I could easily have been fooled other than the obvious historical difference. 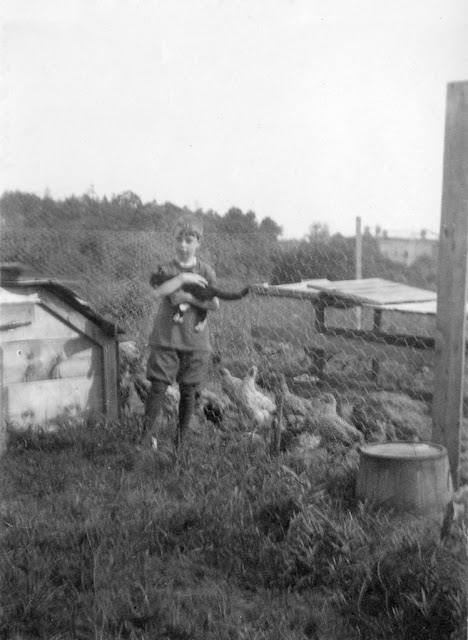 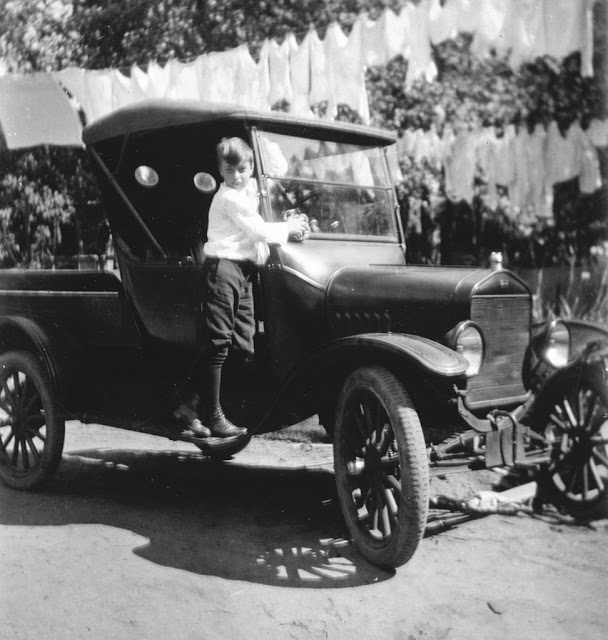 It's a bit odd to see these comparisons as both I and Shauna look a little more like my mother than my dad.
Posted by Anvilcloud at 7:00 am

A resemblance for sure. I love those similarities in the family!

Similarities show themselves on the family tree quite a bit.

I have three sons, who don't resemble each other at all...and yet there are glimpses in mannerisms. I think you, being the middle generation, would be most accurate at judging your father/grandson similarities.

Yes, there is that resemblance as you would expect.
Love that last old photo with all the white wash hanging on the lines!

There's a definite resemblance. It's interesting when the similarities go back several generations.

It's nice to see this in him.

The similarities are quite noticeable!

Well, if you say so. They are your memories after all.

Fascinating, isn't it! I have a son who doesn't look like anyone in the family (in my opinion, though many have said he's my spittin' image -- I don't see that in the least) and one day I got my sweaty little hands on a photo of my dad's grandmother and holy toledo ... there's where his genes come from, for sure! So interesting. And nice to see. -Kate

The resemblances between your father and grandson can readily be seen in these photos and lucky your family has them available. My own family had none of my parents or grandparents as children.

Yes, there are sure similarities that shine through these pictures. Thanks for sharing them. :-)

That is really fun!
They always told me I looked like my adoptive dad, but he was bald. sigh.

Oh yes, I see the similarities too. They are definitely from the same genetic stalk.

It's funny that both sides of the family think my daughter takes after their side, but nobody thinks my son looks anything like their side.