The Release of the Monarchs

Fleetingly, I saw on FB that a family was planning to release Monarch butterflies in the park. It is something that I have never seen, so off I went.

I took my camera and my longest lens. I really didn't know if there would be a good photo op or not, but as a former boy scout, I was ready. And it would be something to witness regardless — a first for a 72-year-old.

I also didn't know if my choice of lens would be right, but I think it was despite that making certain photos difficult. Like this one ↓ for example. I had to get way back to get as much of the proceedings as I could, and even then, I would have liked a wider shot. Other photos like the last two in this post, were done quickly at at a big zoom, so they aren't sharp. And that's okay too. It was great just to be there and record it. 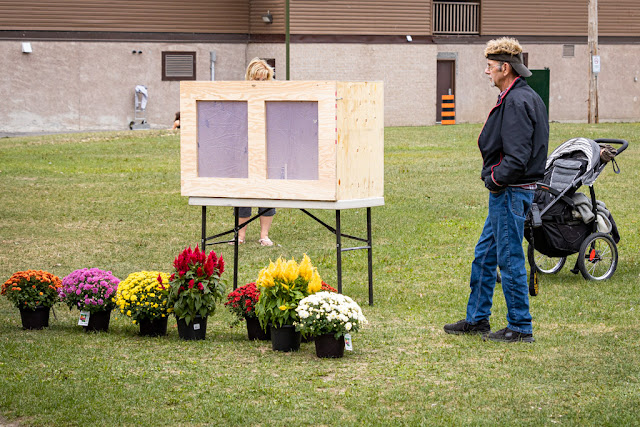 You can see the setup above. There were dozens of butterflies in the box. The preponderance were in the pupae state, but many were ready to fly.

It was pretty well impossible to get a good photo through the mesh, but how wonderful to see them all. 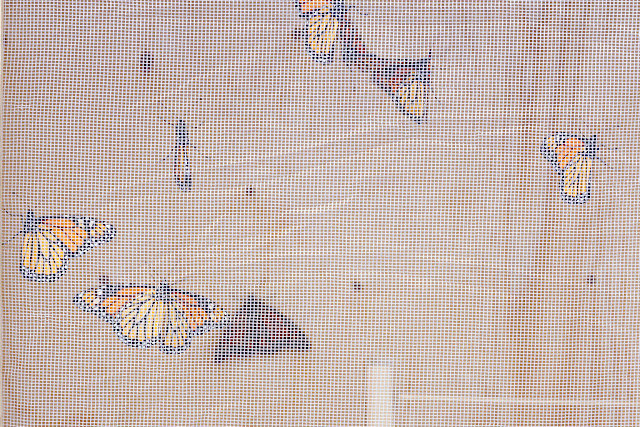 Most of the Monarchs flew off directly, but a few lingered. This boy ↓ was lucky. 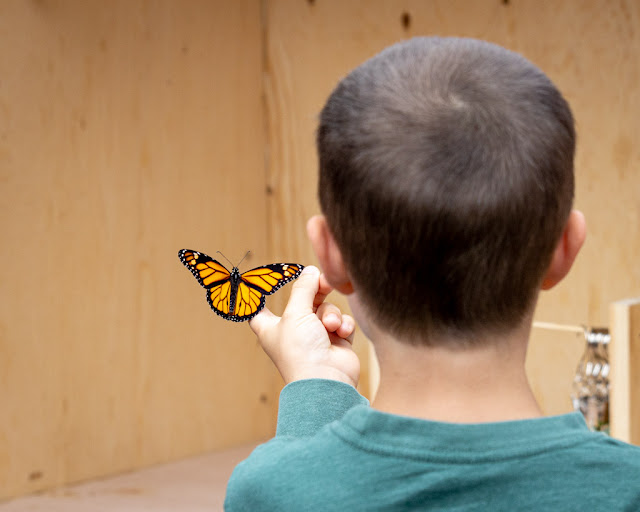 In fact, he was doubly lucky. 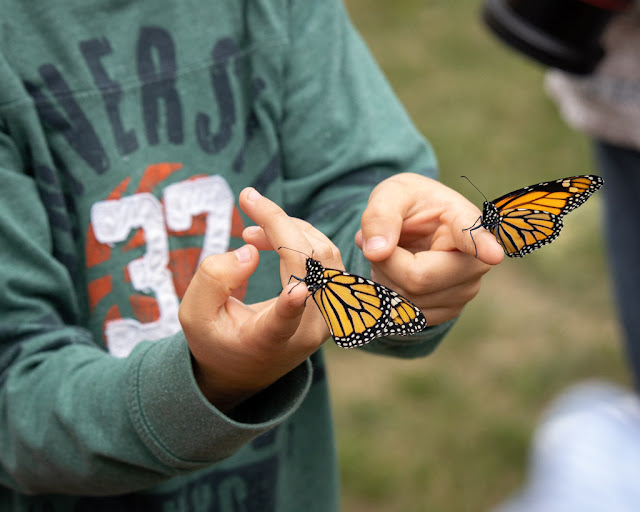 This butterfly wasn't as anxious or ready to depart as were others. 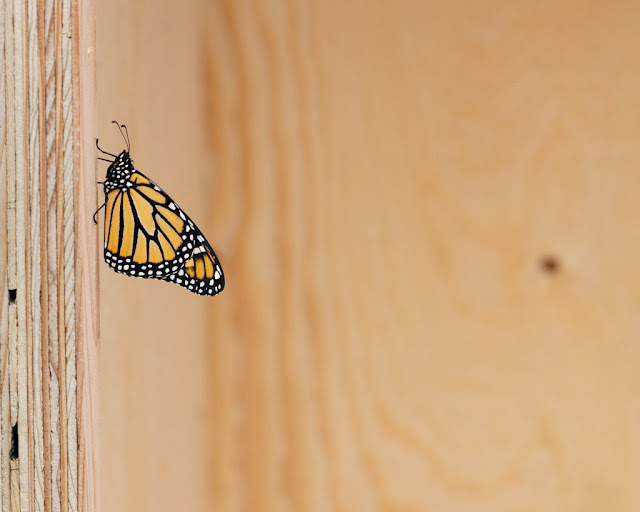 Thankfully, a few made temporary use of the flowers that had been assembled before beginning their long flights. 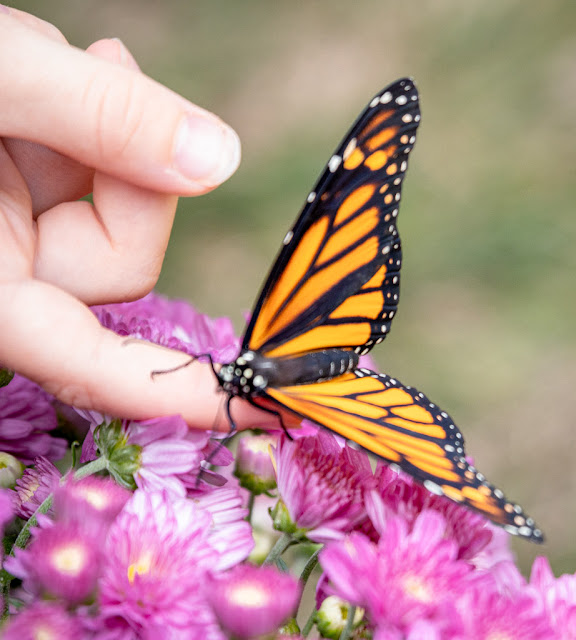 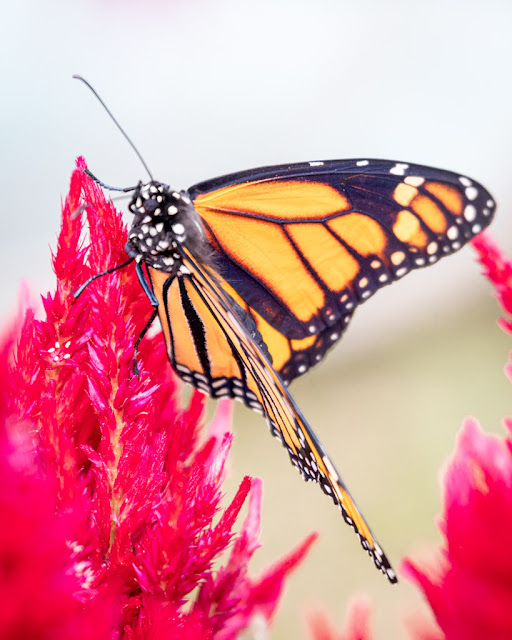 More to come tomorrow of my favourite part — as if this wasn't enough.
Posted by Anvilcloud at 7:00 am

It's funny, I tagged 3 I'd just seen emerged, and one hung around for a day. I have 4 in chrysalis.
Such a fun event!

P.S. The boy is holding a male in his left hand, a female on his right!

What a lovely event. You take in some great events, AC. The monarch photos are great!

I noticed the female also on the boy's own left hand, right to us. The little bar on her hind wings along one of the lines shows it's female. Wish I'd seen more this year.

How really neat. Though not to put a damper but my daughter says that monarchs hatched that way don't learn to migrate.

For many years my girls and now my granddaughter have collected caterpillars, fed them till they pupated and then released the butterflies. I have fine on finger photos and more.
Except for one year, all went well. In that year one of the caterpillars escaped and pupated beneath the dishwasher of all places. I still cringe thinking about the very real possibility that I would have stepped on it by accident.
My failure has been to get a series of the butterfly launching from a finger and taking to the sky and freedom. happens too fast for refocus, with my equipment, anyway. Hope you did better.

Beautiful! I was trying to photograph butterflies on the wing yesterday with no success whatever.

Wonderful captures of them!