One more time to the same location but deciding to try different lenses. I went a little later, and the sky was somewhat better too with the clouds slightly above the horizon leaving a gap for the sunrise above the land instead of obscured by low level clouds.

It was Sunday, so the weekend fishers were out bright and early: well maybe earlier than bright. There is a heron in both photos although I didn't know it at the time. monitor magnification does help one to see more. It's not sharp as I wasn't focusing there, but I still like its presence. 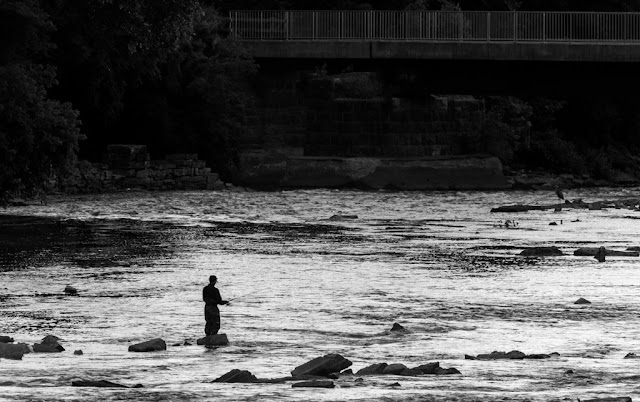 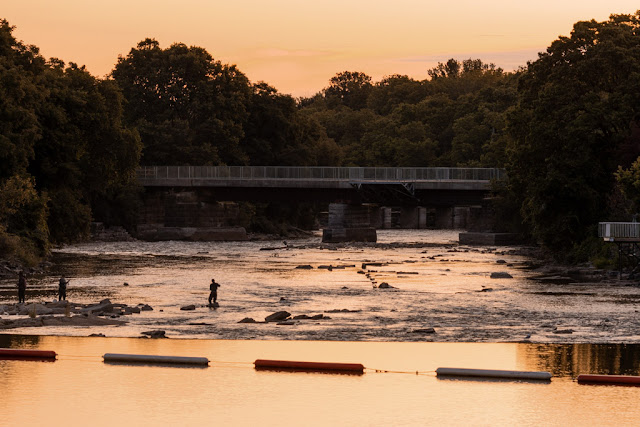 As the sun rose higher, I shifted my attention to the southern bank and the Boulton Brown Mill. My processing is somewhat painterly in this case. 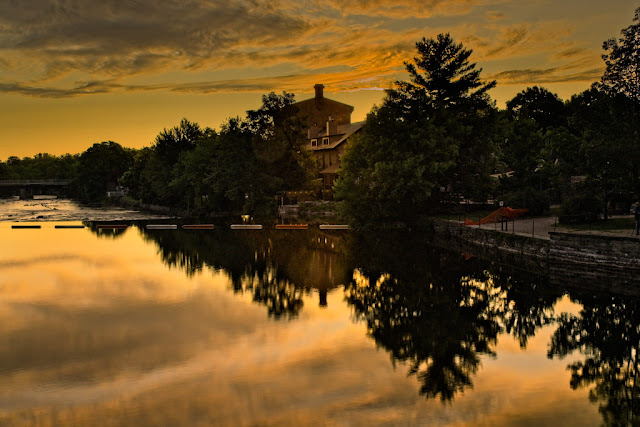 Still focusing on the mill, I shifted my position to just capture the sun just peeking over the corner of the building. I squeezed the aperture to get the rays, but this, along with shooting directly toward the sun produced a lot of sun flares.

In the first photo I tried to minimize the flares, but I just went with them in the second image. They were processed on different days and in different ways, so the colour balance and saturation are not identical. In the end, I think I prefer the flares in the second version. 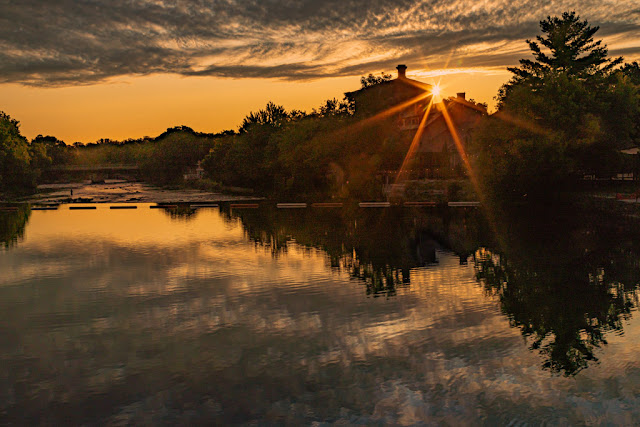 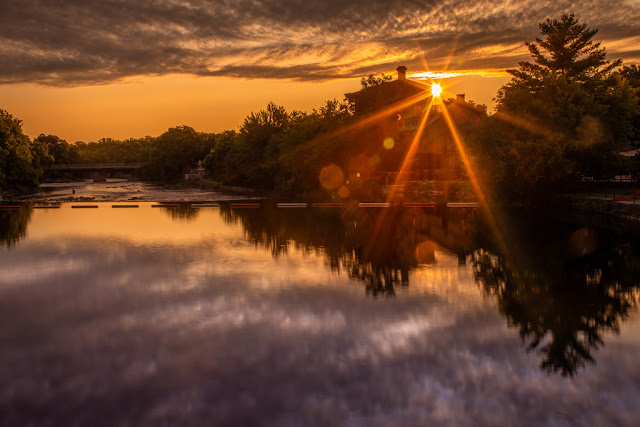 On the fifth day, I rested — a bit. The kids were coming over, so I needed to  preserve some energy. lol  I did awake at the same time regardless without the alarm, but I was also able to roll over and get a bit more sleep. Consequently, I didn't arise until the relatively late hour of 5:15.

I love each photo! Hard to pick a favourite.

Really beautiful stuff. I like the variety when taken from the same shot! What were your settings on the last ones?

I like them all! It's so funny to get home and find things that we caught and never knew...i.e. heron!

Catching up to and noting your you recent photos have a wonderful aura about them. Not much of a photographer myself but presume its mostly about timing and light... Thanks for lighting up my early morning...:)

That's a far far better time. You have aa great eye and a good sense of color.

I did spot a heron.

You are pretty damn committed for an old retired guy. Now I'm going back to find William's heron.

Of course the color shots are pretty amazing AC but my very favorite is the first black and white one … probably shades of the ones my husband used to take. Also, I can't believe how the youngsters have grown in your next entry. They are a handsome twosome.

A wonderful group of photos and the last few were my picks of the group, especially with the sun's rays coming through.