The different thing was that we came close to ducks, or, rather, they came close to us as we were contemplating life on the bench near the end of the trail.

Somewhat synchronously, this was about the time that I wrote of a duck encounter two years ago. I had been sitting in the park while Sue and friends had a safe, outdoor  meeting during the early part of the pandemic somewhat upstream from me. Missy Mallard hopped on a log in the river and stretched and posed for quite some time, and this ↓ is one of the five photos from that post. 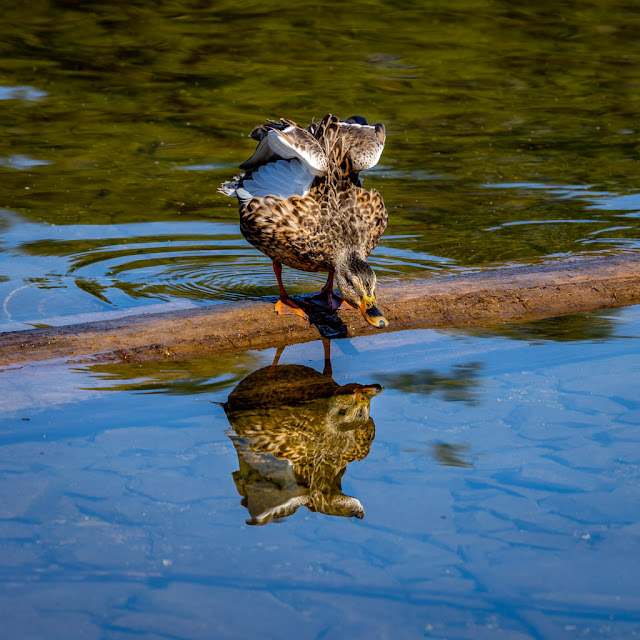 Yesterday, two years later, near ride's end, we were at our little rest and contemplate spot ↓  . . . 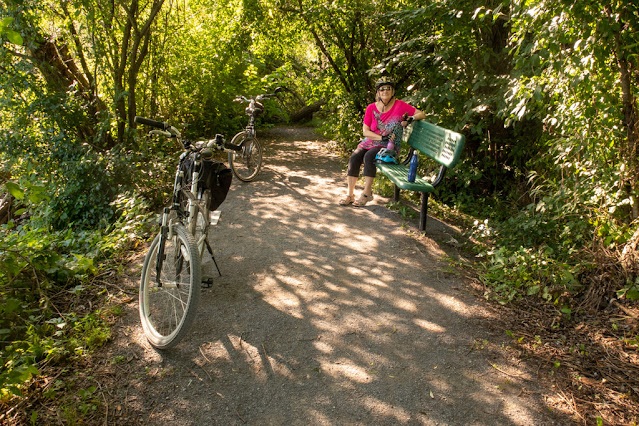 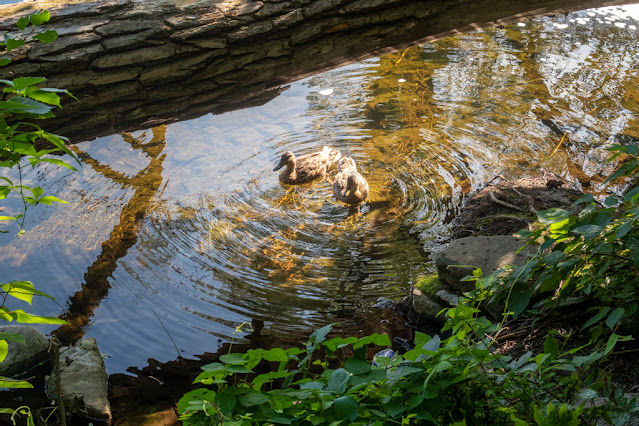 They, by which I mean she, climbed up to near our bench.

When Mr Mallard saw us, he turned from duck to chicken and turned back, but he became quite anxious lost track of his love. Back down to the river went he, but he didn't know where she had gone. Oh dear! He was quite concerned. You can see him looking, below. 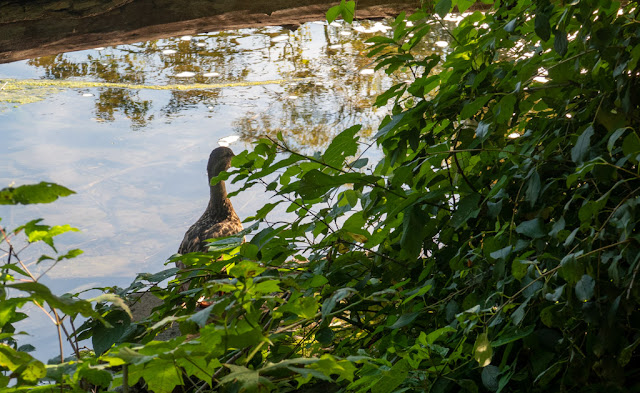 Eventually, as Sue and I were roaming around looking for pictures, they found each other and cutely waddled off together. 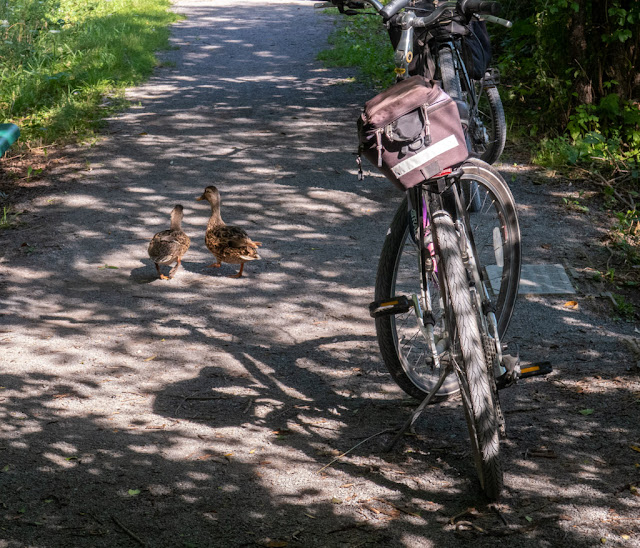 This ↓ is one of the non-duck photos that I took. I am looking across the river from near where the bench is located. If you are able see the foundation in the distance by the far bank, it is the remnants of an old lumber mill that many in the community still remember. It was gone, however, long before we moved here, 17 years ago. 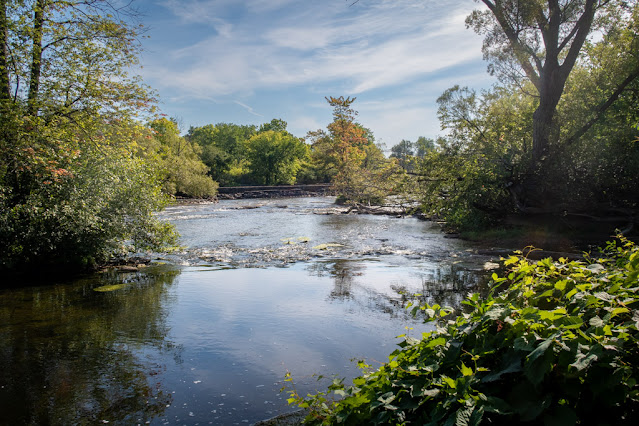 Posted by Anvilcloud at 4:09 am

Looks as if they consider you an honorary duck now.

9.3 k is a good ride distance. Brave ducks & I wonder if they are use to being fed along this trail or it was girls afternoon out.

You are doing well with the riding. Great duck photos!

It looks like you both had another great cycling day, also that sighting was quite ducky 🦆

Nice ride and wonderful pictures. I like seeing the two lovebirds waddle off together. :-)

Very nice photographs, AC. The ducks both have similar coloring...almost looks like it was two hens.

Loved that the ducks didn't have any fear of the bike...just waddling by on their own path that you happened upon as well.

I wouldn't push it! You're enjoying yourselves (and the wildlife!) and taking the time to take a few lovely snaps. I've done a couple 20-mile rides and they are definitely not comfortable the next day.

The ducks are quite a pair.

Interesting saga about those ducks. Are ducks monogamous, though?

The duck photos are delightful!!!! Glad you are enjoying your bicycles too!!!

The duckies must have learned their care and concern for each other from watching you and Sue! So cute all the way around. Linda in Kansas

Oh gosh! You and Sue are my exercise role models.

Those ducks are just so cute. I love that first shot you got of him.