Happy Birthday to the Poor Chicken

Once when Danica was younger, Sue told Danica that I wasn't feeling well. Danica replied, "Aw, the poor chicken."

Now I must say likewise to her on this her 14th birthday. The Poor Chicken.

Last year, she entered her teenage years, and that should have been a momentous birthday. But no! We were in the first lockdown, and she couldn't see her friends. We did manage a small get-together in our garage on a rather nippy day, but let's face it, parents and grandparents are not are not quite the same as peer friends who are very important in a teen's life. It's just the way it is, and we remain loved, so it is okay.

You know the rest. School is shut down again, as is everything that can reasonably be shut down. We are no longer to meet with other households, even if we keep outside and to a maximum of five people as before. So, we won't even be having a garage 'party' this year.

I was able to scrounge enough photos from the few visits that we had during this past year, mainly when COVID took a little break during the summer. We had a sleepover and a visit or two, and did a few little photoshoots. As the kids get older and we see them much less than we used to anyway, and there are fewer photo ops, but they really dropped off last year due to COVID.

But there is still a collage. 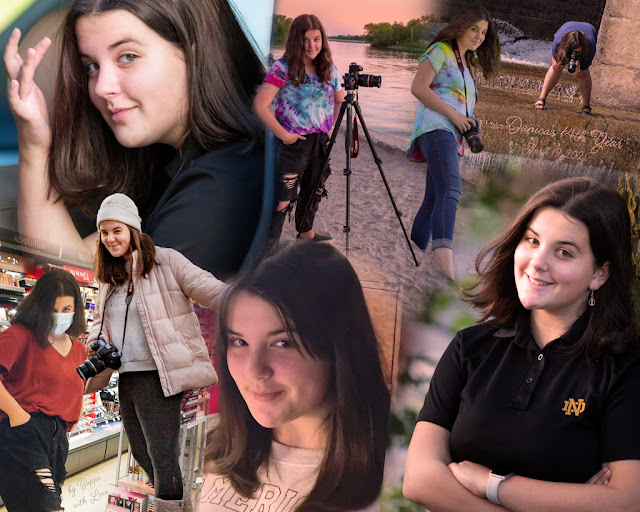 And there is a card.

We couldn't wish for a nicer granddaughter and do feel badly for what she is missing this year. I love this kid to bits.
================
Before I end this post, and as an afterthought, here are a few photos from previous birthdays.
In 2014, a princess showed up for the party. 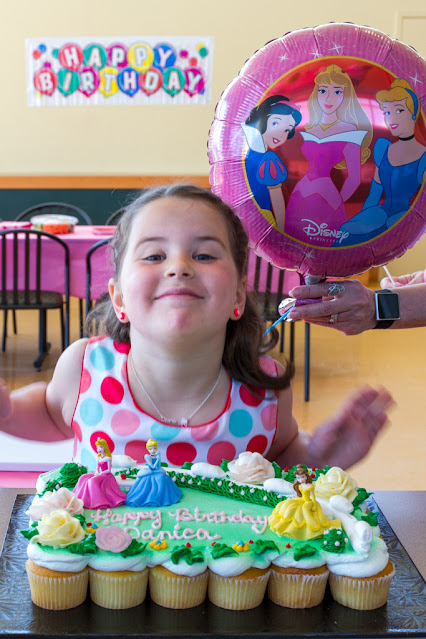 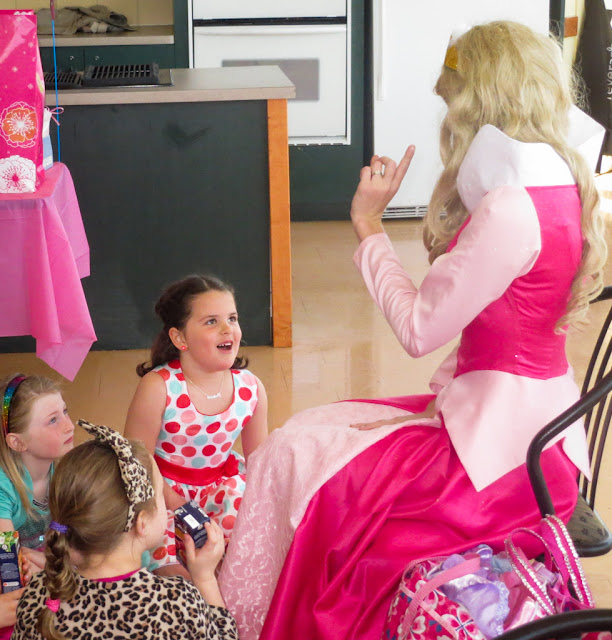 In 2016, we kept her out of school and took her into the city to visit her mother who took us out for a Chinese lunch. 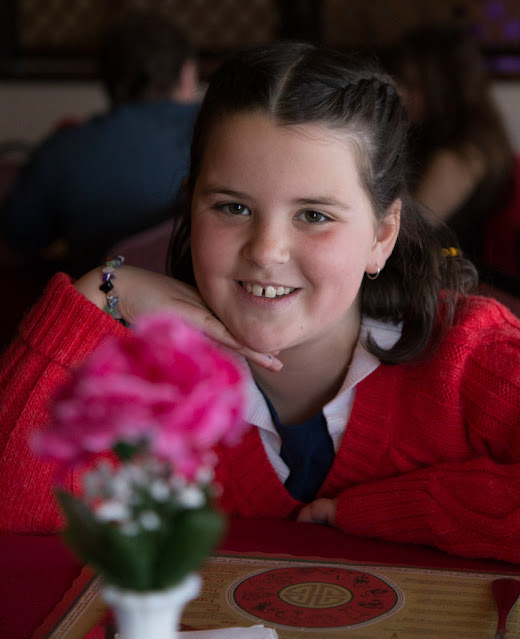 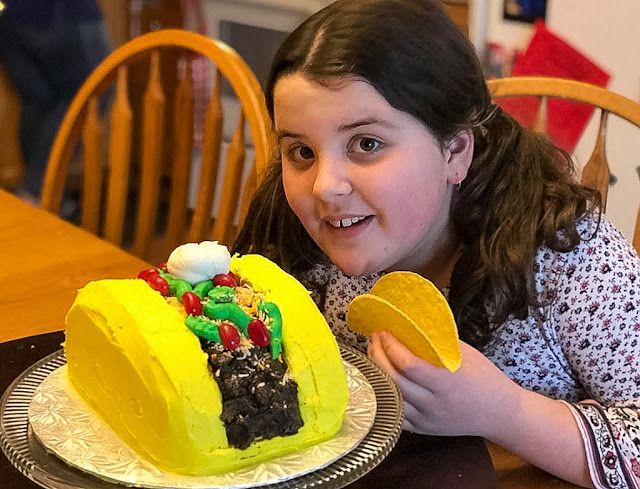 It was a more standard cake in 2019, but it was pretty rich. 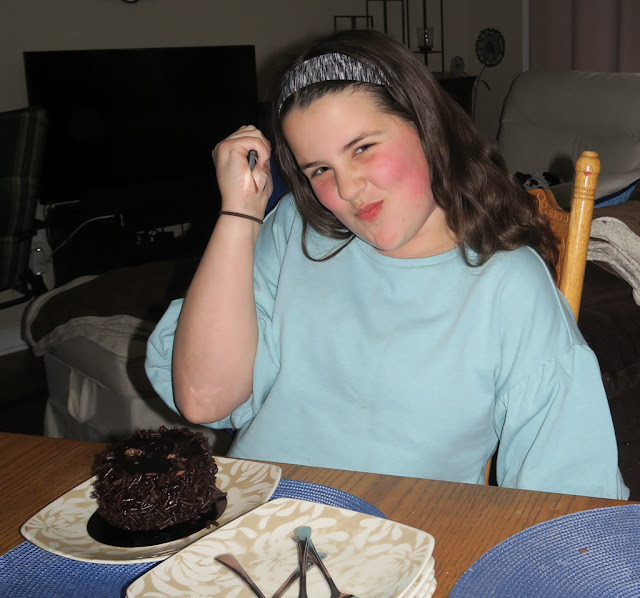 And finally . .  . last year in the garage. I didn't consider then that this year would be even more restrictive. 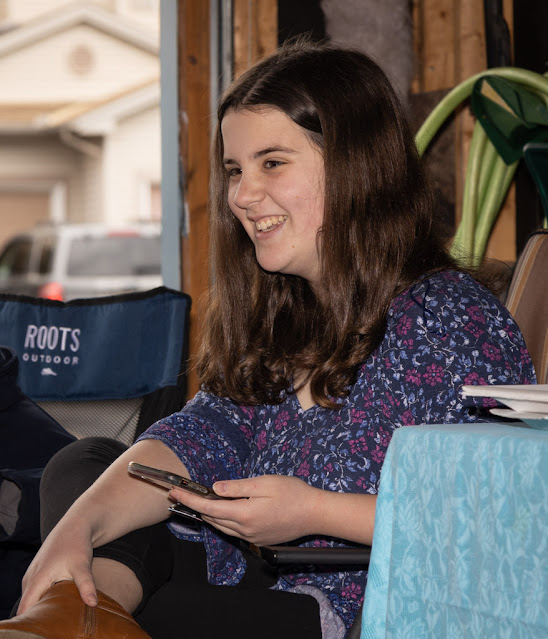 Great photos of a special person.

I don't think any of us realised how hard this has been hitting. We are hoping to see my sister in July, but we still will only believe it when she is standing right in front of us and we can touch her! She should have had both of her shots by then, as will my parents. Me? Not sure, but I am going to hug her anyway!

She's sure lucky to have you, an accomplished photographer, to capture all those birthdays. And we can only hope that this awful pandemic will be gone by next birthday.

Happy birthday Danica...and may next year bring you many more parties and presents, post-Covid!

She is growing up fast.
I heard on the radio that Ontario had authorized police to stop cars to ask why they were out of house. But overnight the uproar even from police about that order made them rescind it. I didn't realize how bad you have iit there. I guess any plans for us to visit Canada will have to be on hold for awhile.

Happy birthday, Danica. Hope the day is a good one, in spite of Covid.

I understand totally your frustration. The teens will never get back what they are missing, and that is sad. Ours is coming up to 18, a few days after the current restrictions are supposed to ease, but we have heard all that before.
Anyway, sending your beautiful girl wishes for a fine year ahead. And, grandpa, she sure knows she is loved. That goes a long, long way.

What wonderful photos! I love that taco cake. I'm glad she is a good sport about it; even I am getting grouchy lately. I never would have believed that it would be more restrictive now than when the pandemic started--and with vaccines. :( Hope next birthday will be normal!

Well , as they say, it's the thought that counts. It seems to be working well both ways.

She is quite a cutie!
I can tell you are very proud.

Happy birthday to Danica.
I would bet years from now it is the pandemic birthdays she'll remember--LOL! ;)

Happy birthday to her.

Happy birthday to your girl.

She has grown up to be a beautiful young lady, with charm to match her good looks no doubt. She will remember these "special" birthdays far more than the conventional ones she might have had and they will be the stuff of legend to her own children one day. Happy birthday, Danica.

Happy 🎂 Birthday to your lovely granddaughter, Danica, who has been growing up before our collective eyes online. You have posted wonderful photos and memories. It is a shame that so many milestones are being celebrated without benefit of family and friends especially a birthday.

It's always fun to look back at younger precious days. She was adorable as a little child and now a beautiful young woman.