Just over a year ago, on March 01 2020, I photographed what was to be the last Jonathan hockey game that I would shoot for a long time. Little did I know then that a global pandemic was about to change our world.

I think he did play one or two more away games last March, but that was it. They do practise this year and have scrimmages, at least when we are not in lockdown. But I am told that it just isn't the same. I can't go anyway unless I were to take Shauna's place, and then I would be confined to an isolated seat and couldn't roam around with my camera.

Unlike previous years, the team was weak last year, but as I look back at the photos, I realize how unimportant winning or losing was or is. They were active and having fun, and that's the memory that carries. Plus, I almost don't remember the cold of the arena. Almost. 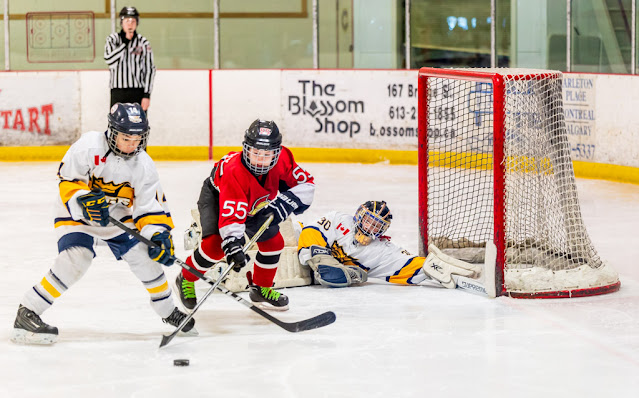 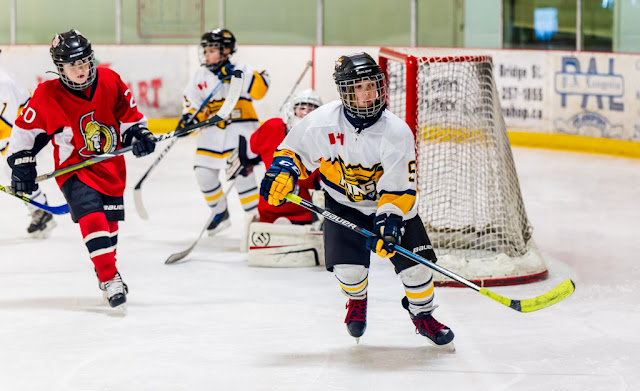 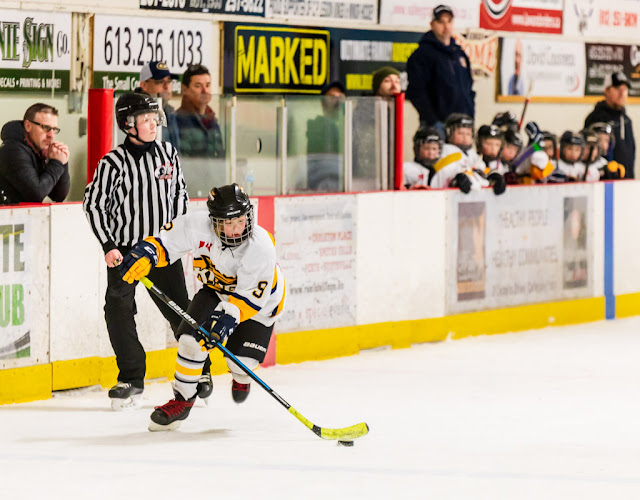 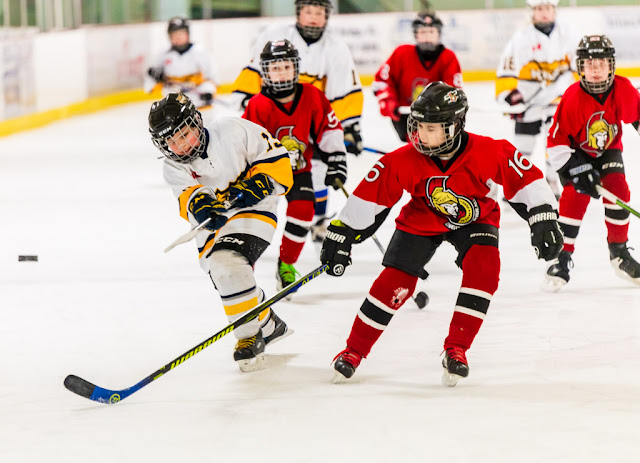 Addendum: The arena has just been closed again for two weeks due to a local outbreak. In other years hockey would soon be coming to an end anyway, soI wonder if that will be it for the year for the kids.

When I've looked back at the calendar for last year this is the month that events have a line drawn through them - canceled. What a lost year we had. And for children the impact is yet to be seen. Are your grandkids attending school in person or remotely? Thankfully ours have had in person school with lots of restrictions since September. There are still lots of days off and half days and as a former teacher I can understand why.

I wonder what the children will take away from this pandemic? How will it influence their lives in the years to come?

Great skating photos! I'd guess that a season will start again next fall...if that's when they play usually. My granddaughter who had covid had to quit her swim team (high school) but is welcome back now. She had a light case, just lost smell and taste, no fever even. As an athlete that was a good thing. I think the kids going through all these strange restrictions will bounce back fine, but remember the hardships definitely.

I heard about CP. Have you been drinking at the Thirsty Moose??!! What a mess that one is.

WOW to your great colour & light on the arena action photos. Locally our kids were playing on the outdoor rinks but now with the freeze/thaw going on, the ice is too much a mess to skate on. Fingers crossed that the 2021/2022 season can get under way this Autumn.

Great action shots! I also hope we will be back to whatever our "normal" will look like after the pandemic is on its last legs, hopefully by fall.

I left for a trip to Ohio and New York nearly exactly a year ago, but by the time I came back, everything was shutting down. I remember being on the runway at JFK airport and they turned our plane around. I was nervous that I wasn't going to to get back home. These are excellent shots! Movement/sports pictures are hard to capture.

Lots of action shots with no blurring. That is amazing. Good work with the camera.

Yes, we were in the dying days of pre-lockdown at this time last year. Where does the time go?

I think that says it all: it didn't really matter who won or who lost, it was about having fun with friends. Let's hope that very soon is restored in some way, shape or form.

In so many ways it *feels* like this COVID life has gone on far more than a single year.... it feels like 8-10 years in many ways. Sometimes to me it feels like “before”
Is only a fleeting memory.