Back to Early Morning

I must confess to not being too photographically ambitious lately, but I did get myself going fairly early one morning. I just drove down to townhall area to see what I could see.

And here it is. Sometimes, black and white is the way to go. 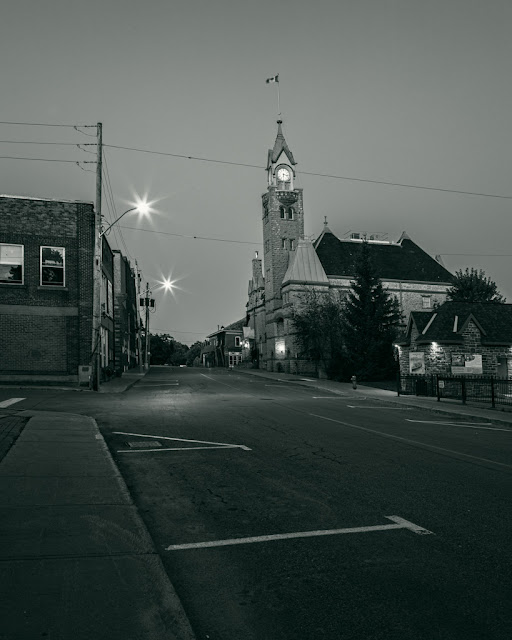 I played around with ICM (Intentional Camera Movement) where one deliberately moves the camera while using a slow-ish shutter speed. I took several and put them together in post. I may experiment more with this technique, which is something to do when you don't think you are going to get a very good photo in the traditional manner or you have done it before and want something new. 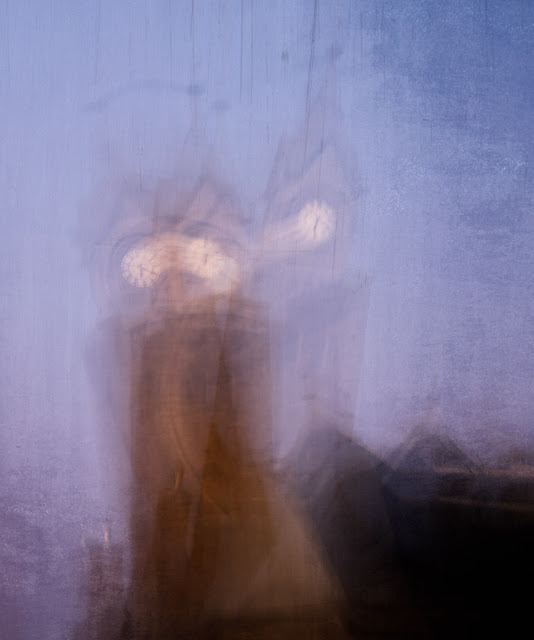 Looking the other way: the Boulton Brown Mill, now an apartment building. There are always cars parked to the right, so I avoided them, but perhaps I will juts go with the flow next time. 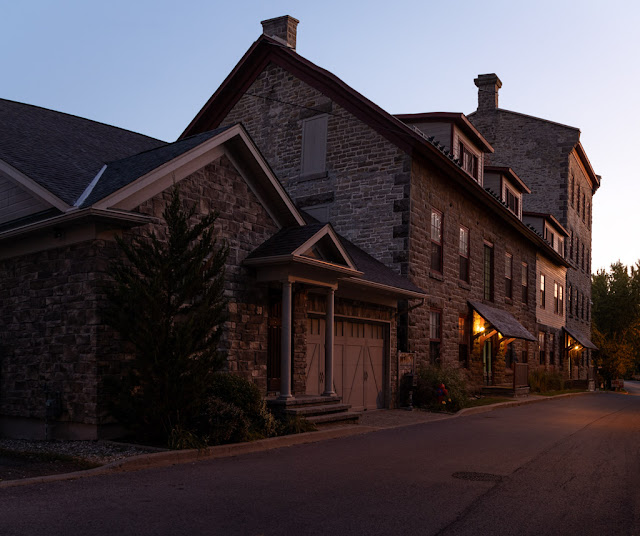 Across the river, the restaurant lights were still on. 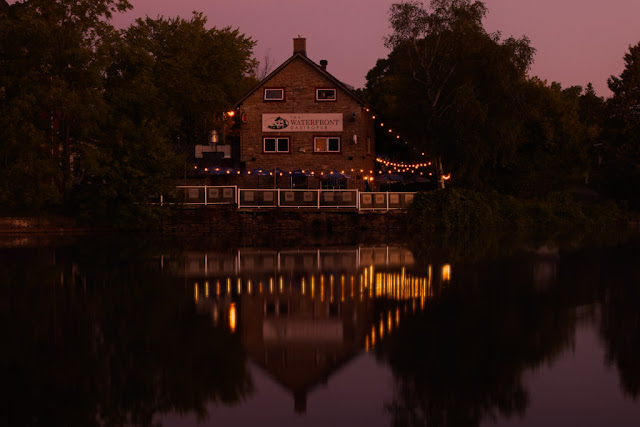 Beside the restaurant is an old house and present business with interesting red doors although this photo is only so-so. It may be worth another shot sometime, perhaps just focusing on the door and reflection rather than the whole building. 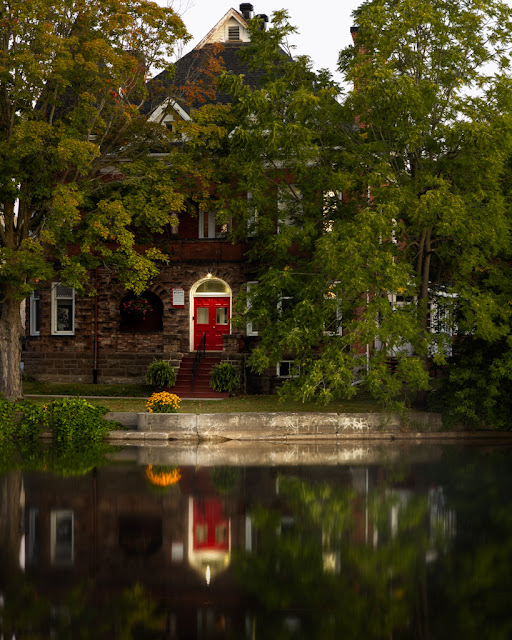 I like the bw photo and the restaurant lights photos best in this series.
Posted by Anvilcloud at 7:00 am

The second and fourth photos are my favourite. You are up much earlier than I am.

Perhaps the house with red doors will have more to say when al that greenery is gone in the winter. Can't wait to see how you treat it.

I like the clock tower (?) best. It seems to be quite ghostly and I could just imagine a long gone person showing up in that photo.

The ICM photo was quite interesting and looked ghostly as another person commented, but also like a rather unusual insect, at least to me. The red door and its reflection were good and yes b&w is a great way to go. i have using this setting on my camera recently and plan to do some future posts. BTW the comment that you have been “photographically inactive” made me smile because it doesn’t seem that way to me.

Congratulations to the person who chose to paint the door red..... what a super colour for that old building!

You continue to inspire me.

Cool tricks!
It does look beautiful, in the half light!