I had a note pop up from Google calendar that it was so cold that we turned the furnace on last October 12th. However, this October 12th, Tuesday, was the opposite – quite warm at 24C/75F. In fact it felt downright hot at times because I was dressed more for autumn than summer, and when I went shopping, the grocery store was not running its A/C, rendering me uncomfortable in my mask.

As the more astute among you have gleaned from the title, we went for another autumn drive: not a far one but not around the block either. Our destination was Tennant Cemetery, which we first discovered and photographed last year. It is not so much that I am in thrall with cemeteries, but it is a place to get out of the car and photograph something other than a road shot. (I like them, but I have done a lot of them.)

Over our three-day, Thanksgiving hiatus, autumn had peaked and was on the decline. If you look on the ground in the next three photos, you will see a carpet of leaves. And as we took our photos (see Sue in the first photo), we could hear the rustling and see the falling.

Mind you, the colours were still good, but knowing that glorious autumn is already on the wane, tends to make one a bit wistful.

Here are the three photos, two with Sue. After taking photos in the other direction, which did not inspire me when I saw them on the computer, I took these looking back toward the walk in from the road beyond. 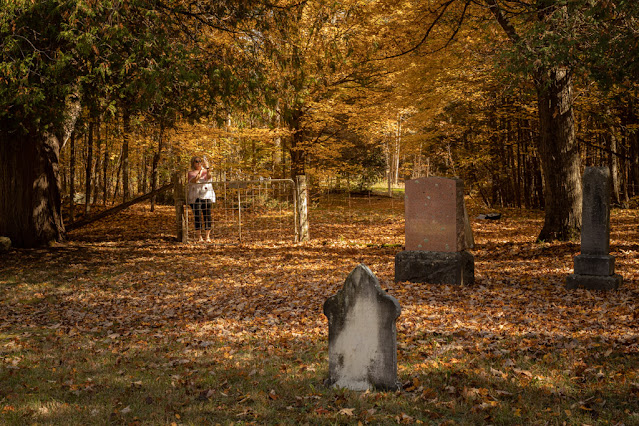 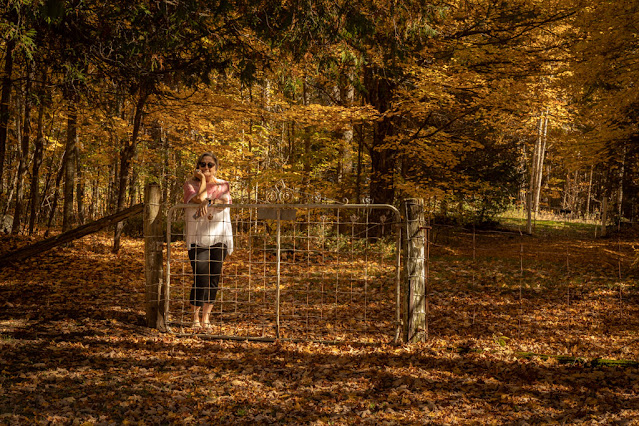 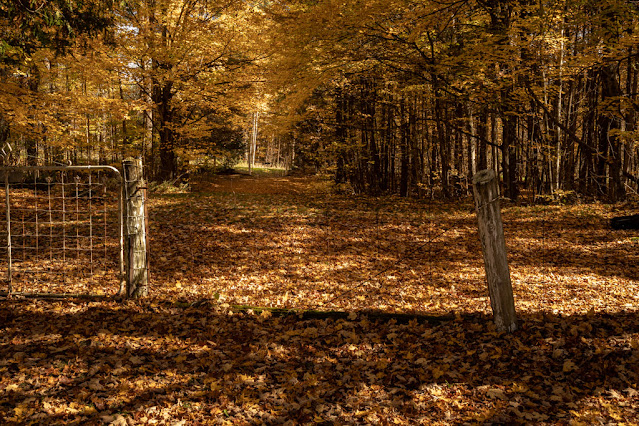 My two other photos are in portrait or horizontal orientation, which is way good to emphasize the height and the vertical lines of the trees. It also seemed like a good idea to incorporate gravestones since I was in a cemetery, after all. 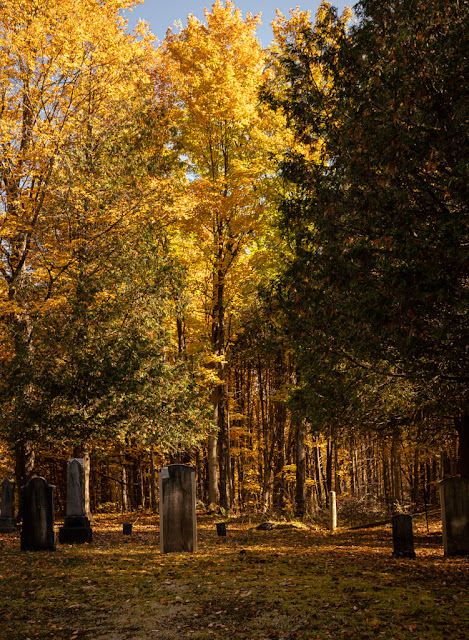 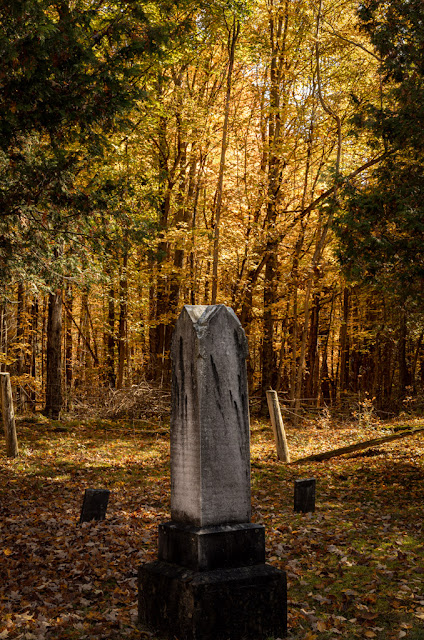 Today, Thursday, we have a little break in the cloud and rain that is currently prevailing. We are going to use that weather window to make one last foray into the hinterlands with a certain destination in mind. Can longtime readers guess where we might be going? I expect that I will repot on the morrow.
Posted by Anvilcloud at 7:04 am

Sorry. Can't guess. Maybe I haven't been reading long enough. We took a drive into VT yesterday afternoon and the colors were lovely. We sat on a deck outside the Brownsville Butcher and Pantry eating our supper. Mt. Ascutney was in our view. A fine evening.

I'm not good at guessing! :( Love the photo with the light shining through the trees and the one gravestone. I love cemeteries and they provide great photo ops.

Interesting that this cemetery is overgrown with trees.

It's a great spot. Where is it? I like cemeteries.

I love those last two especially.

I have taken a lot of photos this week and can’t wait to see them properly. However the cemeteries I shot were old with the graves tumbling over. I hope they will be as good as yours.

Those are beautiful photos!