I am giving in already. As I write this, I have donned my long winter socks, the ones than extend well over my shins, which are a very odd, cold spot in my very odd, old body. Seriously, the rest of me can be hunky dory, but those spots can feel icy. I put it down to back issues, but who is to know.

The point is that I am wearing long, warm, winter socks before the end of September. It has been a cool September for the most part, but this is silly. It's just not what September is supposed to be like.

Not only that, but on this very morning, after only 4:15 hours of sleep (verified by my iWatch), I was a wee bit hungry for a wee bit of toast in the wee early hours. It was the first morning when I had to warm up the butter to spread it on toast. It was only 7C/45F out, and although it wasn't that cold inside, it was cold enough to harden the butter.

Fortunately, my ancient brain was able to retain my tried and true method for softening the butter. Stick it in the microwave; turn the power level down to 3 (from 10); and, set the timer for 11 seconds. It could be slightly longer depending on the amount of butter and how solid it is.

I wrote the above on Wednesday, while it was fresh in my mind. Yesterday, we drove that long distance for our meeting with Heather, Sue's sister. This was our fourth park meeting at the halfway point between our two abodes since the pandemic descended upon us. I think this time, with vaccinations had by all, it was just a convenient but not necessary way to get together without either party having to make a major trip, which would involve at least one overnighter.

As usual, we met at the park in Tweed. Before I left I did get a phone photo (nothing but phone photos today) of Stoco Lake on the Moira River. 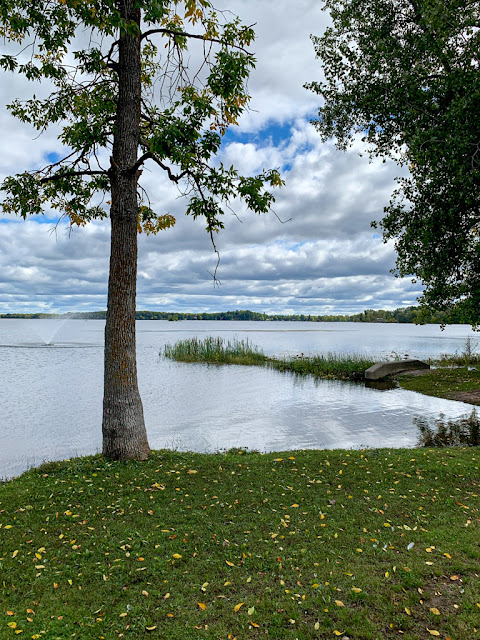 Heather gave Sue a copy of her new book, Cracked Pots. Although the official release date will be Tuesday, October 05, Heather has copies, and Amazon is already delivering pre-orders. (More to come about Cracked Pots at another time.) 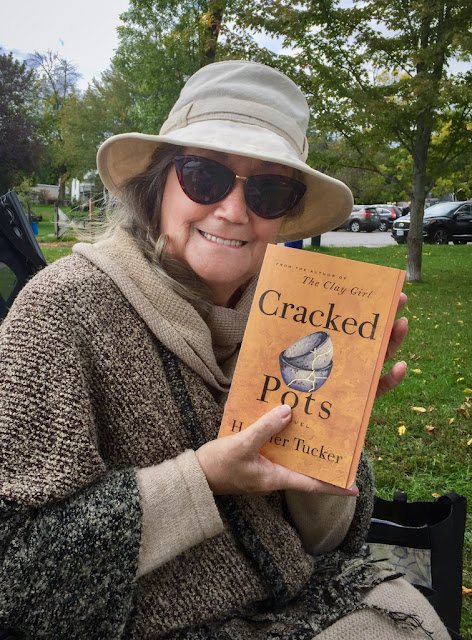 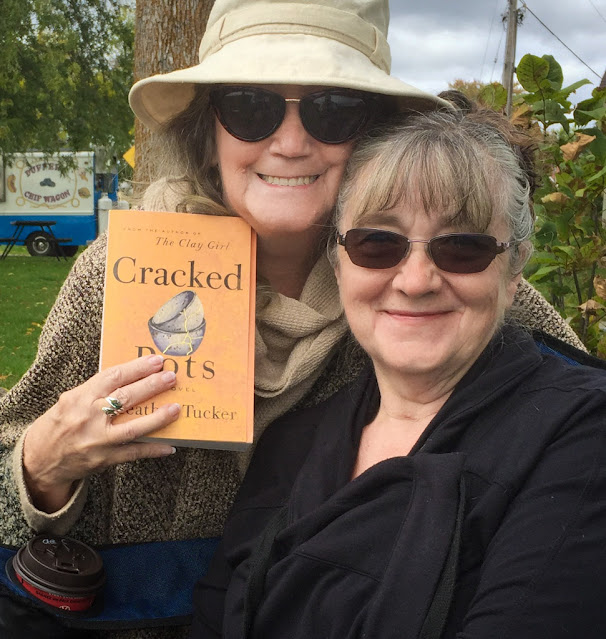 Callie loves me. Well, maybe not, but that's what I told Lacey when we got home. Lacey shook her paw, yawned, turned around, and walked away. 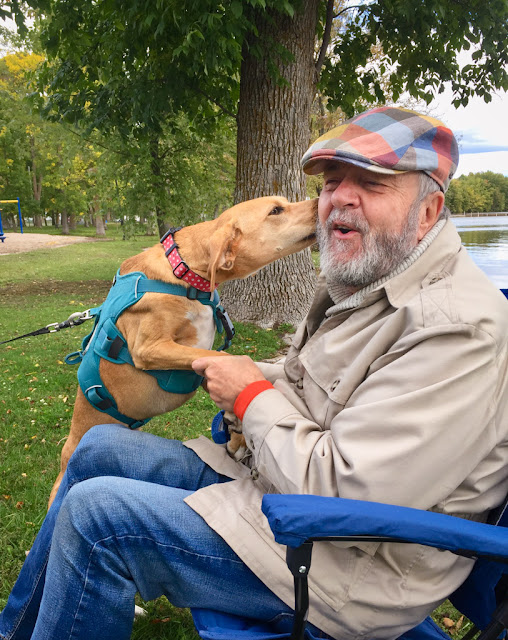 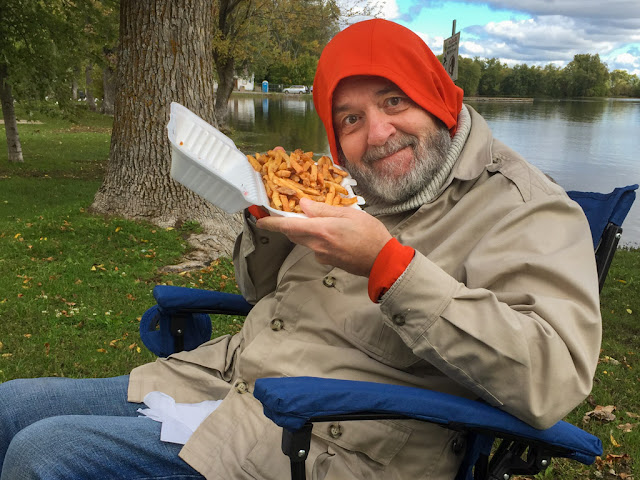 I was wearing an orange shirt (with hoodie) in honour of the National Day of Truth and Reconciliation, but you can hardly tell because by this time, it was hiding below two additional layers – sweater and jacket. There was also a layer under the hoodie. As I said at the beginning, it has been stupidly cold here considering it is (or was) still September, supposedly the most delightful month.

Posted by Anvilcloud at 7:43 am

Oh my goodness...brrr! Your poor fries must have also been frigid! Nothing like oil that's cold! But they look good. I use margarine, and have it left out on the counter, cause otherwise it's too hard to spread. Hope you get a nap today!

We turned on the heat a couple of days ago when we woke to only 60º in the house. I've got the warmer socks on, several layers of warmth. Doesn't look like the house will get painted either so Dan will have to put the storm windows back up.
This morning the thermometer read in the 30s but not below freezing yet. No frost yet here which is late. Frost where you are?

I love this time of year, but then again, I get really warm with just a quick walk to the bus. Brrrr to you and am glad you are now toasty warm. :-)

It turned cold here this week. October can be lovely but with first snow too!

I will look for the new book. Good luck with it, Heather. I enjoyed you last one!

You can keep the cold up there for as long as you please!

Well, it does look cold though there is no frost yet over there. Wonder what it is like in Siberia.

I must read that book. The cover is calling to me.
We had disgusting fries in Renfrew on Wednesday. I think the half full box is still in the car. Must get on to that.

Layers are a winner! My heat turned on this morning for the first time. (new furnace and heat pump) I'm glad you had a lovely rendez-vous and good fries. I'm the only person I know of who doesn't like fries. But I love tater tots.

45 is flat out cold. Once I get past the layers, you three look delightfully happy. Thanks for the phone pictures.

I could eat those fries! Maybe not outside in the cold though. I also noticed that the butter is once more too hard to spread. I just go without now. Is Cracked Pot a cookery book? I may have missed you telling us about it. Will go and ask Dr Google.

Yes…. It is sad about the cold. Our temperatures are pretty much the same as yours. I had to wear gloves and a sweatshirt when I ran this morning. Still wore shorts….. but that was ok….. not quite cold enough to make them needed compared to how much more cumbersome
It is to run in sweat pants.

Lacey can smell dog on you. She does not approve.

I think that I have worn shorts for the last time this year, at least outdoors.

With me it's my right hand where I had several fingers amputated while in the hospital . It's always cold, presumably due to poor circulation.

Yes, it's too cold. And the worst to come!

I had one of those photos that show up on face book and it showed that three years ago we had snow on this day.

That builds character, I guess! Congrats on the book!!

Gosh... I haven't had fresh fries in a while.