Fog on the Farm, Part II

Near the fence in the previous post, there were thistles (?) rising above the top rail. I don't always see these kinds of little photo ops because I tend to be drawn to the bigger pictures, but I think I am getting better at noticing small things. Both of these were two exposures blended, one for the darks and one for the brights. Dare I be bold enough to call these fine art photos? 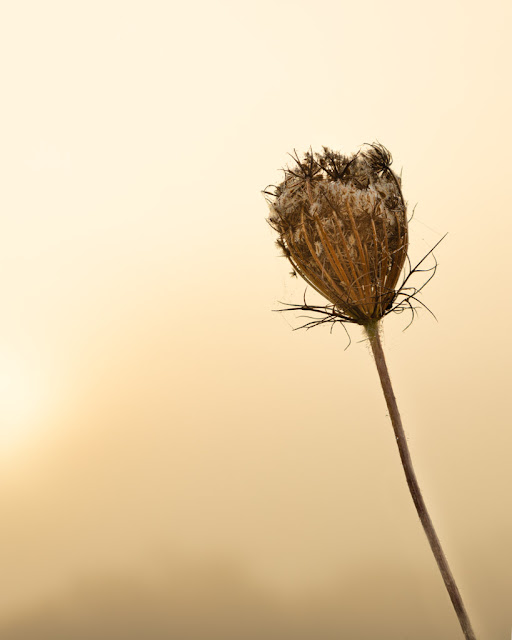 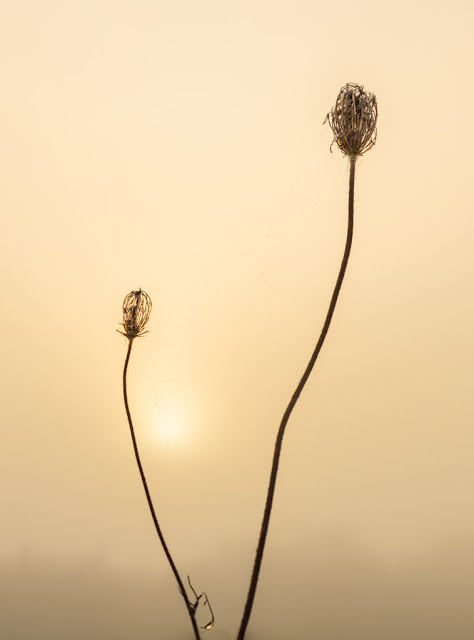 It was time to hobble back to the car. Not expecting to take any more photos, I removed my camera from the tripod. Nevertheless, I did take a few more quick photos, and they turned out satisfactorily despite the fact that I had ditched the tripod. When I say ditched, I mean that I was carrying it but that I was too lazy a stick the camera back on.
First came a photo of Bob, who had, himself, stopped to take a photo. He is most certainly out standing in his field. 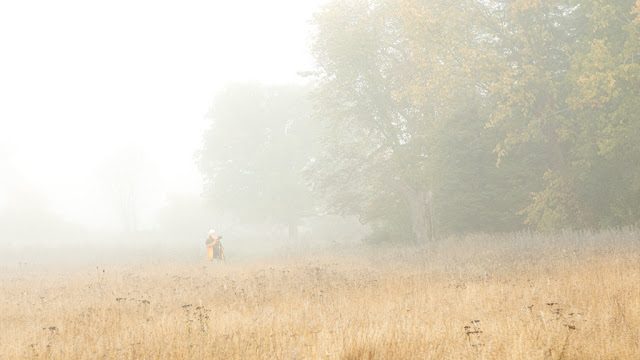 I snapped two more photos off to my left, opposite the rising sun. A half hour after first walking past them, they were now in better light. For both compositions, I probably should have moved to a more advantageous vantage point, but I decided just to shoot from the path that I was on. My shoes and pantlegs were already soaked, and I did not feel disposed to walk through more tall, wet grass. 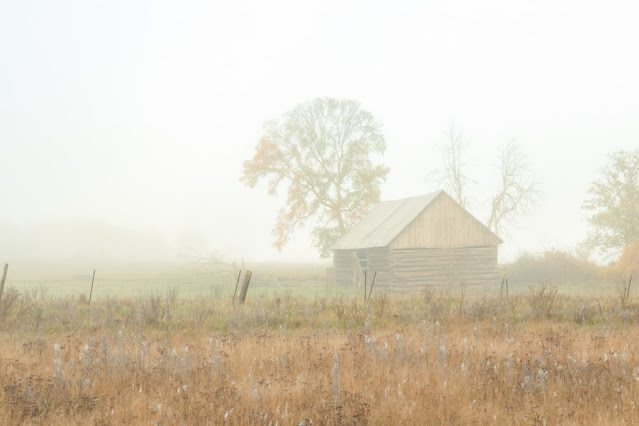 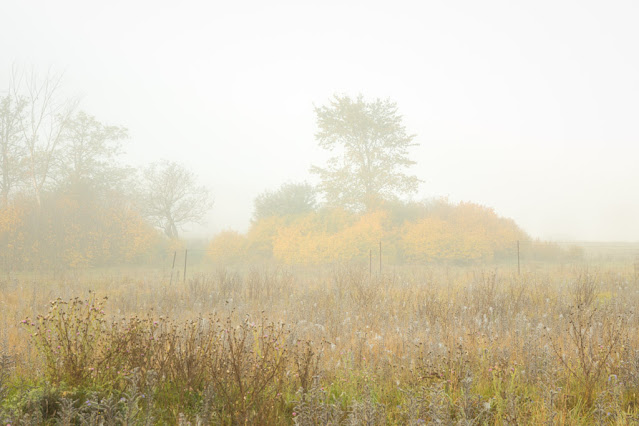 And that, dear folk, is the end of my three-post, foggy morning outing with The Bobinator.

Posted by Anvilcloud at 6:13 am

Definitely not thistle. It looks to me like Queen Anne's Lace at the end of the cycle when these bird's nest formations result. If you see them again and open them up you will probably find the larva of the Carrot Seed Moth inside.

Yes, Queen Anne's lace, for sure.
Our thistle are sending seeds (like dandelion) up with the winds.

You are both outstanding in your field! Nicely done.

You even make fog look beautiful.

I just enlarged the Queen Anne and it looks even more stunning in close-up.

I am enamored with these fog shots. Days of them too.

I'm sure the fog shots will just make you want to find more and do better.

Your last shot is my favourite.

All those fog pix are nice, but I don't know about the fine art!

I like the shot with the building the best. Love the fog.

I do love fog and don't see it at all here on Oahu. I'm loving seeing your fog photos.