I want to write another post about Cracked Pots before moving on: just ancillary things really.
When Heather gave Sue her copy last week, she was ready with the camera to get Sue's reaction, which was quite ecstatic – at first. 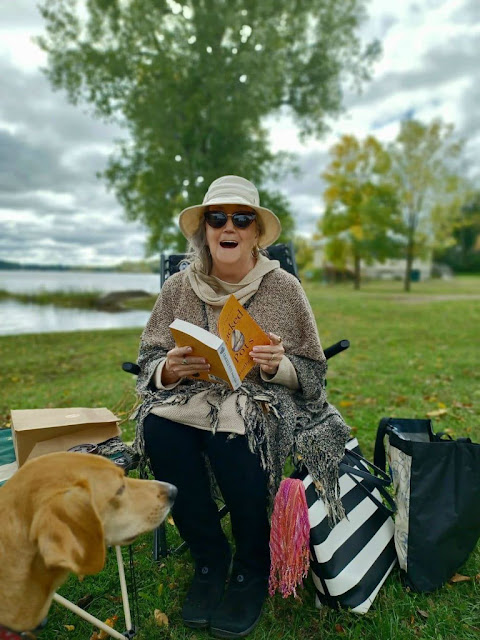 However, when she got to the dedication, she seemed to get a little dust in her eye. In consideration, we refrain from posting those pictures. 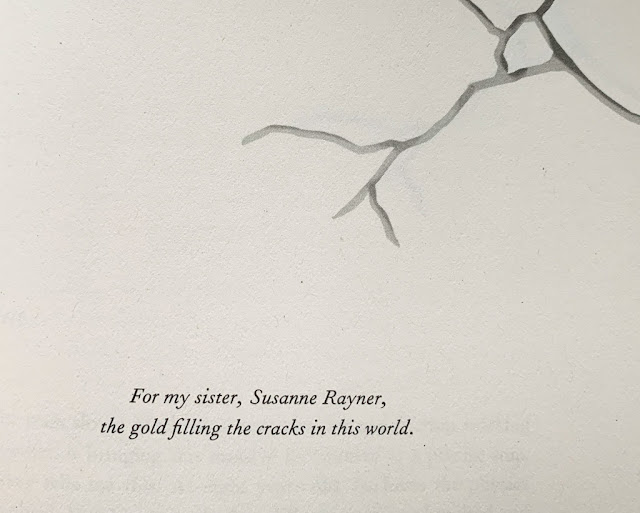 It's true, Sue is rather golden, but it took Heather to say it in just the right way.
Sue was also mentioned in the acknowledgments, as was I, which is just Heather being nice, for my main accomplishment is simply being married to Sue. If you read into the second paragraph, you will see that the kids also received mention. 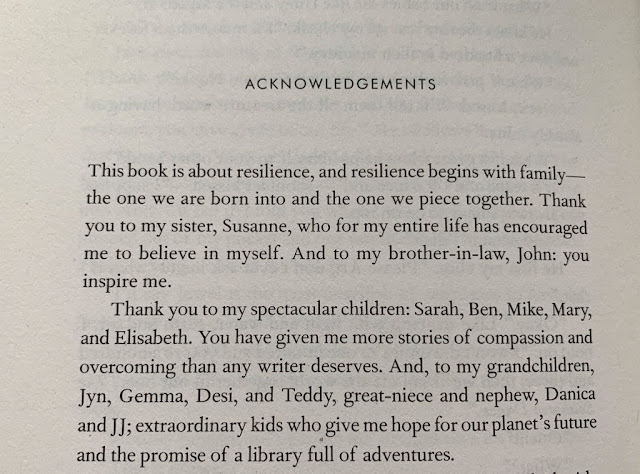 I also received credit for the photo (on the side). 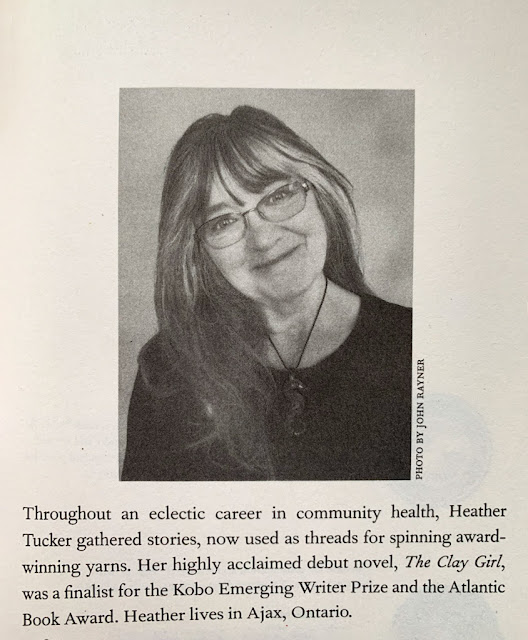 No, I didn't really take the photo, but I did work on it. You may recall that during a very strict lockdown, Heather required a photo for the book with no way of getting anyone to take a current portrait. However, something had to be give, so Heather resorted to taking various phone selfies. She then forwarded them to me to see what I could do with them. I posted about my efforts here and here back in March. If memory serves, the photo that she chose for the book was one that we did a bit later. Whatever the case, the following is a clean version of what I sent to her and which she, in turn. sent to the publisher. 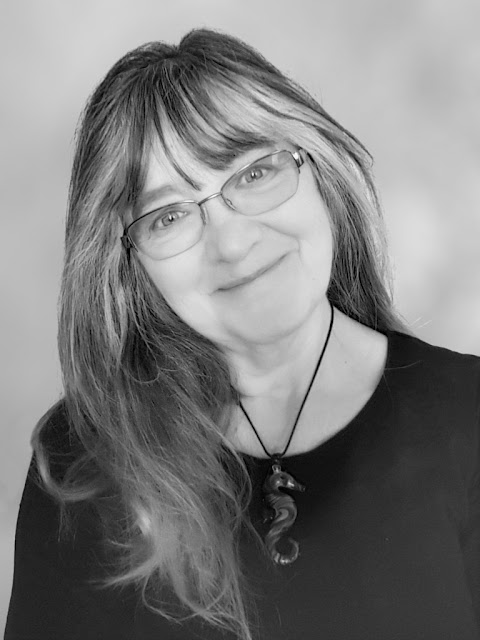 In due course I must read the final version of the novel, but Sue, the golden filler of cracks, is first in line, and that, of course, is how it should be. When I do sit down to read it, I can tell you that it will no longer be park weather. You can tell by my attire that I was pushing things even on that very cool day last week. 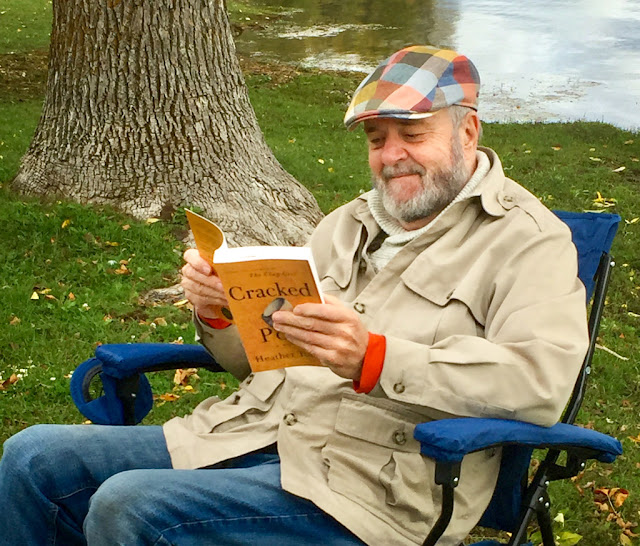 We had planned to drive to our favourite maple syrup place in the country today. We like to make the trip in autumn, but they are still restricting their hours due to COVID, so I think we'll probably have one more go at breakfast in town on the patio by the river. It is getting rather chilly, but we may be able to make it work one more time.
===========================
And a lagniappe from Celtic Colour Festival: Quarter Moon with Howie MacDonald on the fiddle.
Posted by Anvilcloud at 6:40 am

What a lovely way to describe Sue. & Congratulations to Heather on her book. I've put on order at the library.

Spectacular blog, but I must clarify the 'you inspire me.'
You continue to move forward despite pain in every step, you create extraordinary art that you freely share with the world, you are the ultimate example of, 'it takes a village to raise a child' (Danica and JJ are so blessed to be buppadized by you), and dear John, in over half a century being married to a woman with the incessant furiously fretful Morton brain you have loved and celebrated my precious sister. So, yeah, you inspire me:)

Well, I'm still looking forward to reading both of Heather's books, especially after reading what she just said in her comment. Yes, I'm not family, but looking at yours through both of your eyes, I like what I see.

What a beautiful dedication!

What a great dedication! I look forward to reading the book.

Beautiful photo of your sister in law. I like the dedication page, too.

Kintsugi - what a lovely compliment. Loved the dedication too.

Sue is obviously a wonderfulu wife and sister. I enjoyed Heather's comment about you. You must be a decent guy too! Have you written about your chronic pain?

It's an exciting time when a book is published . congratulations to all of you for getting the job done.

All is excellent, down to Howie MacDonald!

You give us better than nice moments.

How very sweet of her to write that lovely dedication. I think I'll have to check out this author, and the book about resilience.

Sweet acknowledgments and nice photo of Ms Tucker too. -Kate