Extras from the Sugar Bush

With autumn rambles done, it's hard to say what there is left to photograph. What I mean is that once the leaves are down, it gets pretty bleak – at least until the snow comes, and then one doesn't always want to bump around the countryside in winter. Right now it is raining cats and dogs, or really chucking it down as some Brits might say. Why do the Brits have so much richer words and expressions?

I have some extra photos from our trip to the sugar bush, so I'll just drop them here for something to post.

On the way in to Wheelers, I noticed this stand of bright, fresh flowers, possibly helianthus. I was surprised to see this in mid-October. 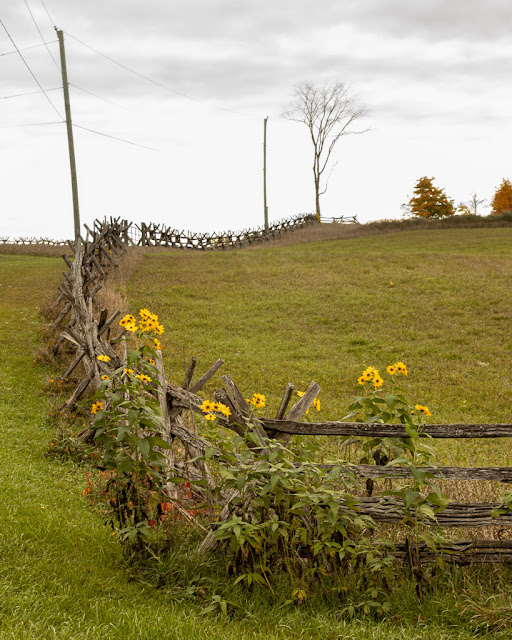 Also on the way in, or out, there is this old crib, I suppose. 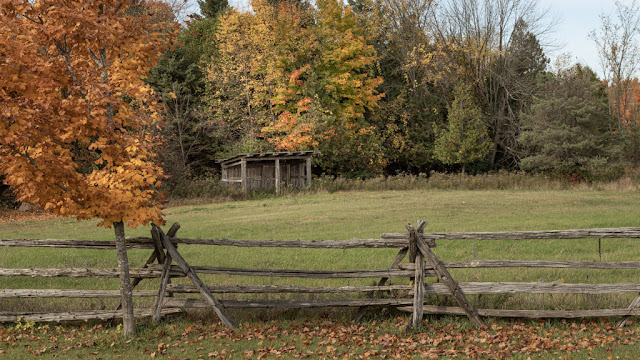 Wheelers is certainly not a petting zoo, but they do have two alpacas and one sheep. They both decided that a snack was in order. The alpaca was really getting down into it. 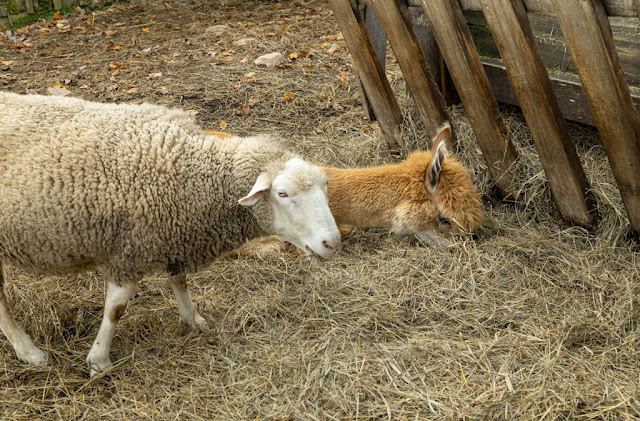 In the dining room, we tried to take our usual selfies and had some trouble with timers and such. It led to some fun pics where I was genuinely laughing as opposed to offering the standard pasted, fake smile. 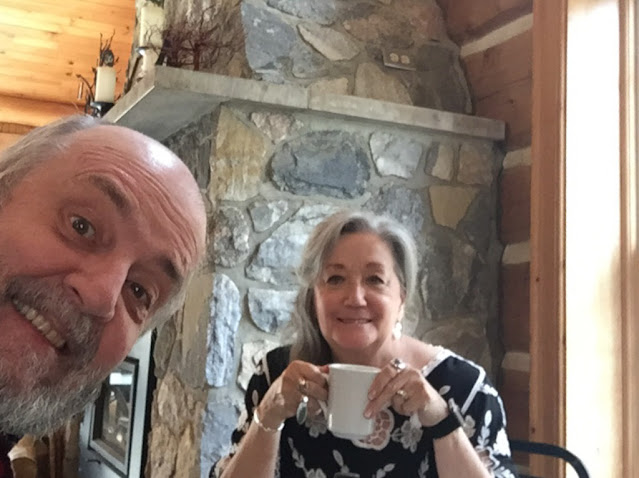 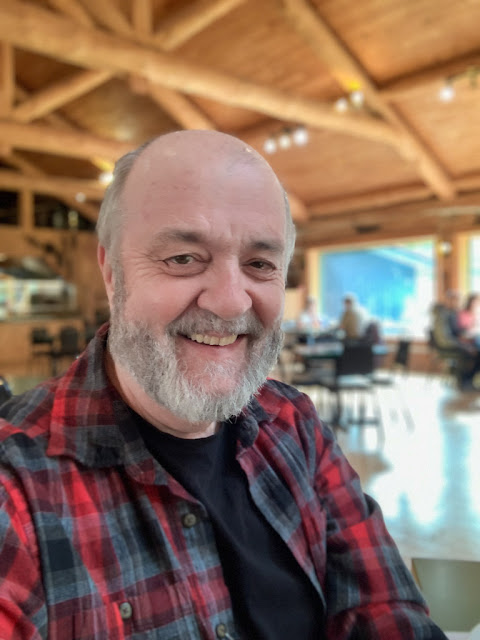 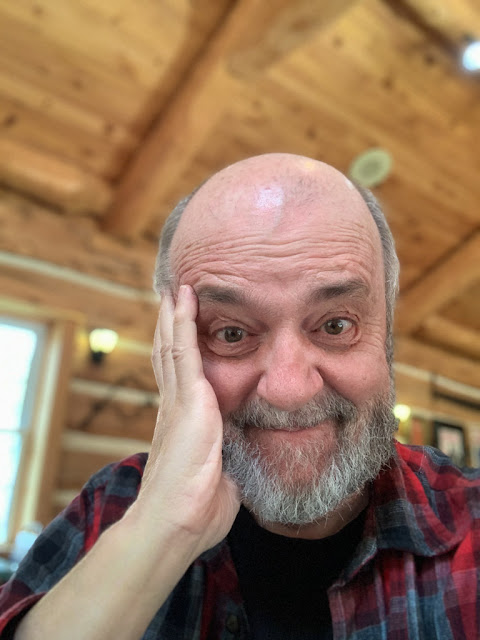 Where to from here, I wonder.
Posted by Anvilcloud at 8:22 am

I loved that first fence and the flowers. You're much more relaxed in those selfies! Fun how that happened!

Those flowers looked very sunflowery from a distance. Very cheerful.

What fun! I like the next to last shot of you.

The critters are neat. It really has poured today.

I like the laughing shot a lot. Good capture.

We get spoiled by brilliant fall colors.

Is that really a fake plastic smile you put on sometimes!

More great photos, the flowers and fence going on into the distance especially.

I agree with Barbara. I like that first photo too and I love seeing how happy you and Sue look.

You two are always so cute! That fence is really OLD! I love how it's built, but didn't know any like that still existed. (It would look great with a snowfall....) We just have limestone posts and barbed wire around older farms in Kansas. Linda

The flowers on the fence are very picturesque. Love the photos of Sue and you; you look so content!

I love that fence?

Where to from here? Best to be surprised, I think!