I managed to squeeze in a quick post yesterday before heading out on a shoot with Bob. As early as we planned to meet, he even texted me, wondering if I could be ready 15 minutes earlier than planned. So 5:45 it was.

Bob drives all over in the wee hours and found a spot which might work for a sunrise. It was at the top of a hill. Of course, the roads never line up propitiously hereabouts for a direct sunrise, but one tries to do one's best.

We're a fussy lot, we photographers. We want a sunrise and we want clouds. While neither worked perfectly on that morning, we tried our best.

6:28  As soon as I popped out of the car, I set up for this shot. The one, solitary cloud was off over a field. I included the road for context. The diagonal element worked well enough, I think. I did try one version where I cloned away all of the poles and wires, but I didn't like the result. It was better to break the horizon with the verticals in this case. 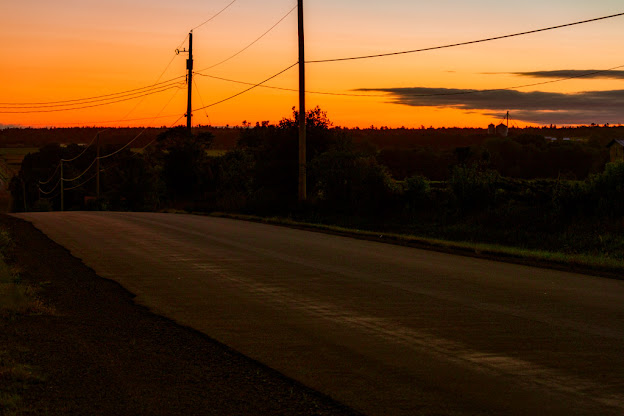 6:34  I decided to take one phone looking down the road, even without co-operative clouds. 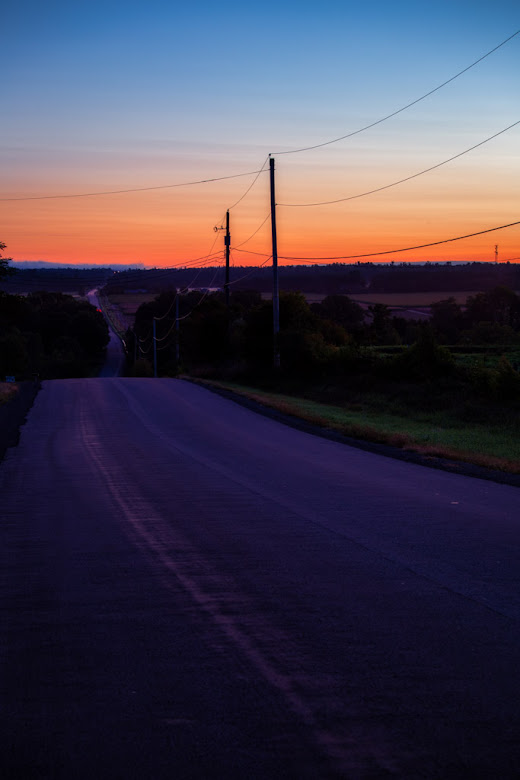 6:46 Twelve minutes later, we could see where the sun would rise: across the fields without a very good foreground. 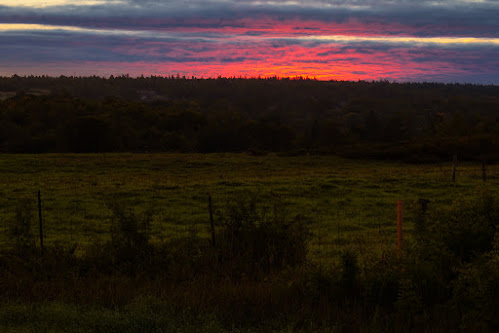 7:00 The red had gone, leaving just a few streaks in small gaps in the cloud. 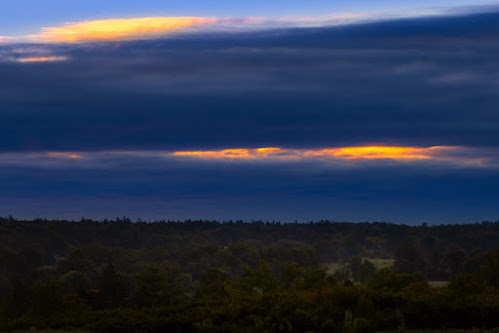 7:05  The little cloud at the top had separated from the low, dense cloud. 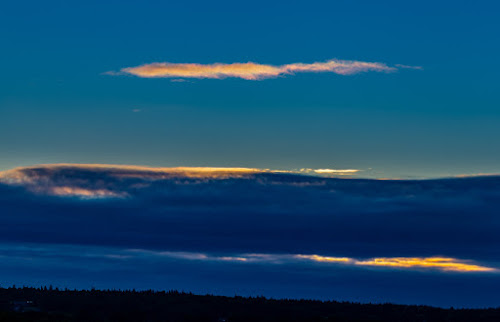 7:21 The sun had risen beyond the dense cloud. I squeezed the aperture, looking for a burst effect, and I got it. Surprisingly, I didn't also get annoying sun flares, which pleases me. I had also moved to a spot where I could see a bit of a shack along with a cow. I couldn't see these before very well in the darkness. These two entities gave me a bit of a foreground. Unfortunately, My long lens truncated both of them. However, I do like this photo better than any that preceded it. 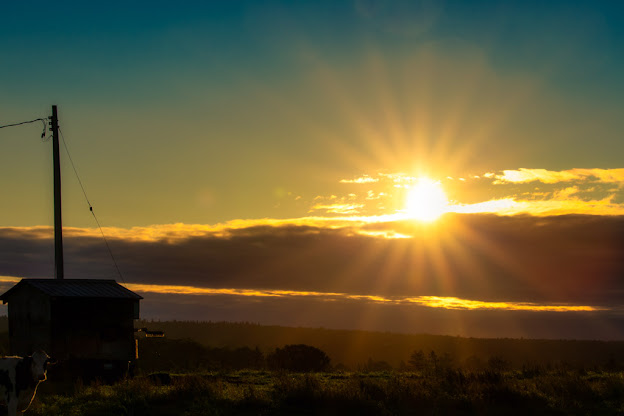 7:26 With the sun fully risen, we were ready to cal it a morning, but then I took my favourite photo of the shoot. As much as we all love sunrises, the golden light which comes briefly afterward can be quite wonderful for landscape photos with its golden tones, soft light, and long shadows. As it turned out, this was my favourite shot of the morning. Go figure. 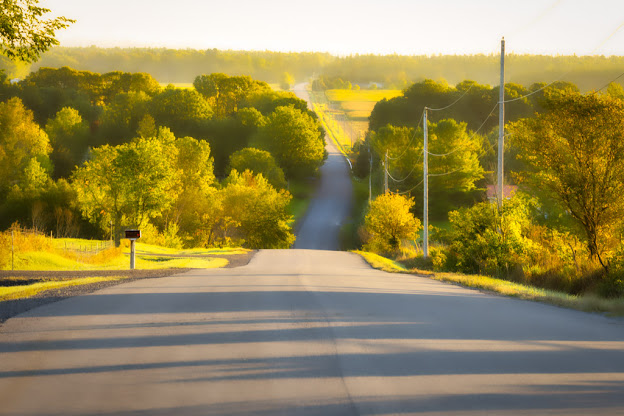 Outtakes
There wasn't just one cow but a small herd, but this is a photo of just one beast. 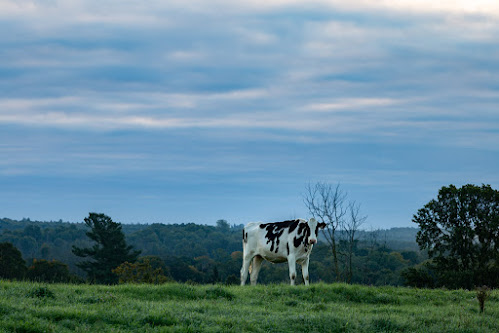 Then, a whole bunch of the critters became very curious and came as close as they could. I felt like I was making friends. 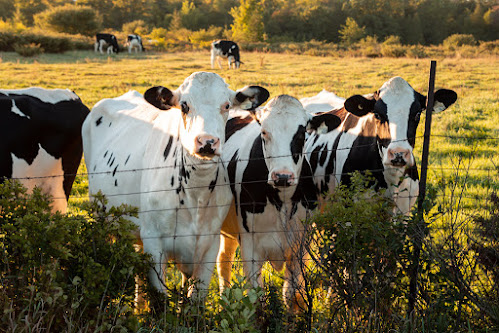 Bob
Back at the car, and just before packing up, I liked the light on Bob. I like his look for candid portraits. He's got character with that white beard. 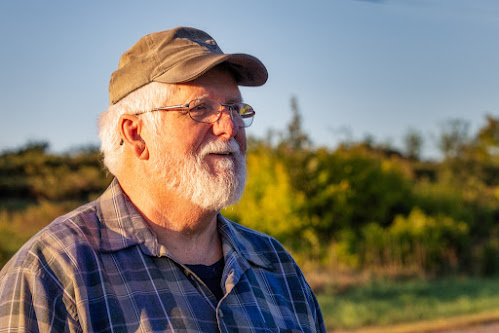 As I so often do with portraits, I also experimented with a black and white conversion. 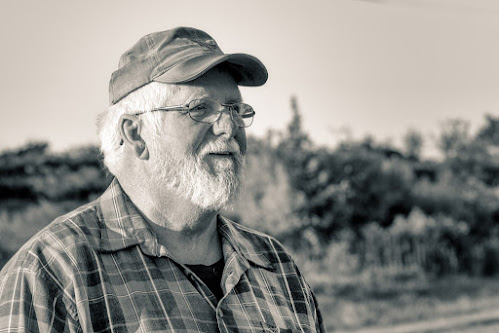 Phew! I don't think I've ever narrated a shoot like that and probably won't again. Not often anyway.
Enjoy this Saturday. We will attend a Pride event to close a Pride Week which has been very quiet in this pandemic year.

Posted by Anvilcloud at 5:57 am

There are some great photos here, AC. Your favourite one is exceptional.

I loved watching all the changes ... and to think there were so many in such a short time. No wonder you love taking those wonderful pictures.

A most enjoyable diary of a photographer and his (your) thinking as you achieve the photo you were hoping for, and a few others. Thanks for giving us a blow by blow account. I agree, your favorite is also mine.

I agree with your choice of favorite.

A nice collection. Good for you to get up early!! I should get off my butt and do that! I like that darker one looking down the long road. Maybe if you adjust exposure in post processing it would bring out the foreground just a tad. I like it anyway

Fascinating to see the progression of the sunrise...I love the real sunburst photo and the one after that and the cows and Bob. It's all good!

You live in a pretty place! -Kate

I love reading your commentary about how you plan and evaluate your shots. My favorites are the burst photo, the golden light on the trees and the cows coming to investigate. I've never thought of cows as curious creatures. :) Great photos!

I like how the clouds appear over time. They make the sunrise special.

Very nice sequence! I love the sunburst. And the shot of Bob is excellent.

That favorite shot is really beautiful! A keeper. :-)

I like your favorite shot, too!!
And the cow shots. ;)

That is really fun! I enjoyed your trip, even if you don't want to be my friend!!!!

Good for you that you work hard to get a photo and then explain to us what you were looking for.

I like the 7.21 photo. And if you're going to be doing some post, get rid of the shed, but keep the cow. I think that would make it absolutely perfect.

Your last and final favorite photo of the roadway would have been my pick as well. Those darn power lines can really be annoying when trying to capture a sunrise (or sunset). One of these days, I may force myself to get out of bed early enough for some early morning shots, but then probably not. But, glad you and Bob did it and liked the portrait of him, black and white version.

I really do need to pay more attention to the sky. There is so much drama that I miss.