No sooner had I posted my Especially Cats blog last week, when I discovered more pertinent photos. This was because Danica had pulled out a photo album that I had completely forgotten about.

Early in 1994, I had quite a back episode, so I was often seen on floor for sometime afterward. This photo was taken in the same year but many months later, at Christmastime. Sha had just acquired Rocky and brought him over for the day. He must have like the soft, pillowy warmth of my hindermost parts. 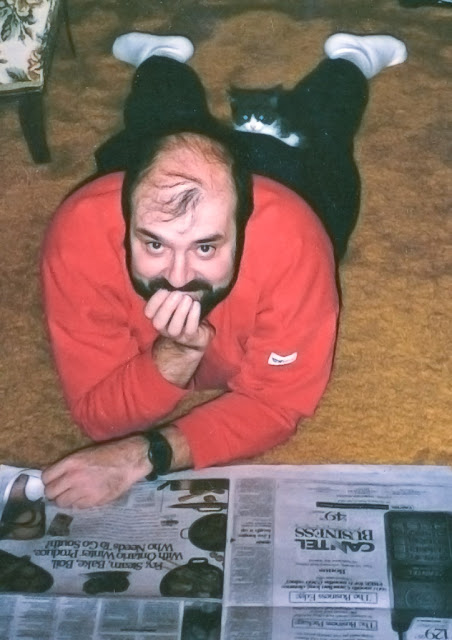 On the floor again: I am not sure of the year of the next pic because Rocky is full grown. It may have been ~1999 when Rocky came to live with us for awhile. (He later came full time.) The other cat is Scutter who was beginning to get long in the tooth by this point. 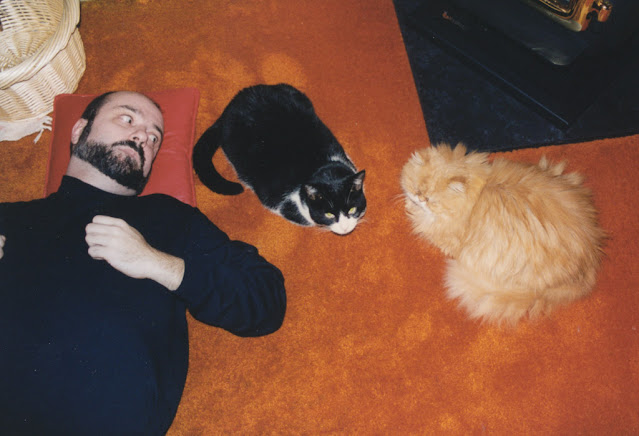 Rocky again: the box tells me that it must have been Christmastime. 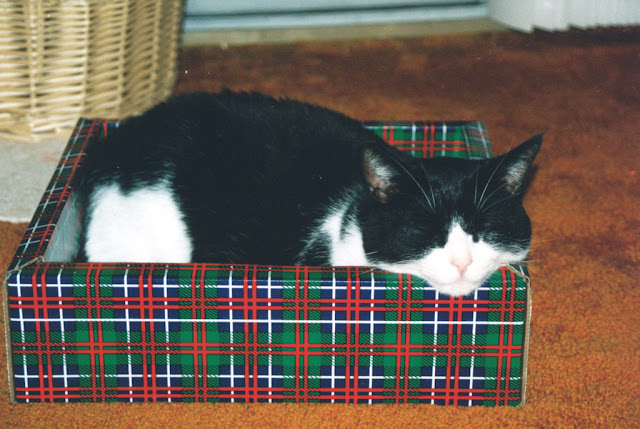 As you can probably tell, Rocky was a favourite. We bonded pretty well after awhile and to a greater degree than most of my cats. I still think fondly of him sitting on my lap while I was reading late at night, and of him looking back if I was forgetting to pet him for too long.
Lacey, on the other hand, prefers Sue, but she does visit me in my chair on occasion. I am somewhat surprised when she does get up with me. 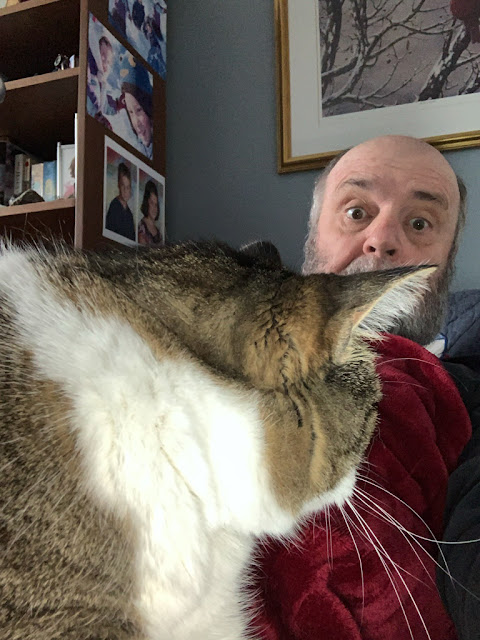 Here she is posing prettily. 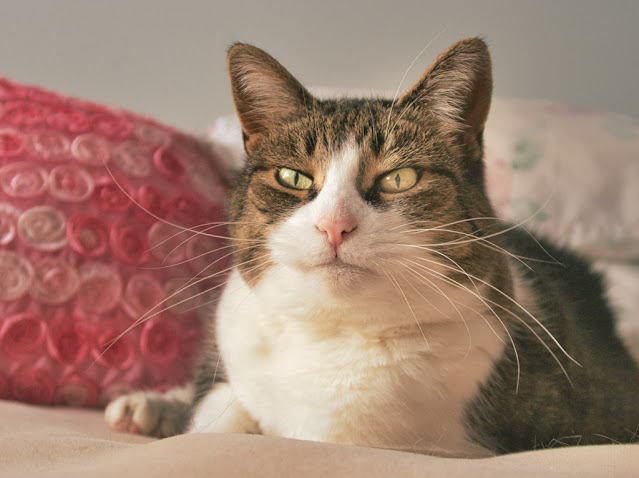 Rocky looks like a sweet kitty, all right. I like that first picture, it makes me smile.

We have two cats. his cat and my cat. they do bond with a unique perspective

You have had lots of cats. Granddaughter asked the other day why we didn't have any pets. I told her that when we travel we have to worry about who will care for the pets. She piped up I can do that. Then I said that we have had our share of pets already: 2 cats, 2 parakeets, and lots of fish. Didn't need any pets just now. She told us when her rabbits and chickens die she'll get a dog. Somehow I don't think that will happen until she's on her own.

Such very nice comfy photos of felines in your life! Pet Miss Lacey for me, please.

Great photos! That's a beautiful shot in the Christmas box. Your hair is so dark! I'm glad that Lacey gives you attention sometimes. :)

Cats are quite unique. I've never had two cats that were greatly similar. ;)

The Christmas box shot!!! Love it. You get cuddles. I get imperious pushes if I stop petting.

That ginger cat is a real ball of fluff!
Miss O always grabs my hand if I stop petting too soon. Either with her paw or with her mouth. They do like to get what they want!

You are definitely a cat person, AC.

Sure are cuties!
JB sure misses his cat, Annabelle. We had to rehome her. They just didn't get along.

She is certainly a distinguished looking cat.