Which, That and the Weather 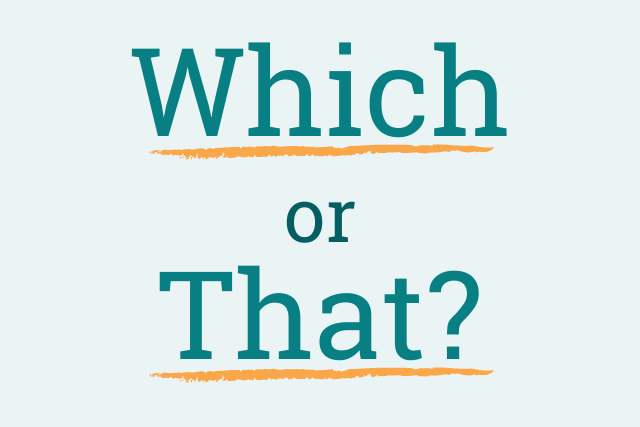 I wasn't certified to teach high school English, at least at the senior level, but for 6 years I loved doing my best and was told by both students and administration that I did it very well. I am not here to brag, but to tell you that although I didn't have the very best background in the subject, I worked at it and became fair to middlin at basic grammar and punctuation. However, I have to confess that I never had cause to concern myself about when to use which and that. Like most people, I have tended to do as the spirit moved me in any particular time. lol

When I saw this link on fb that promissed to explain it all to me, I clicked. It turns out that it should pretty doggone easy. However, habits are hard to break, and I think, when you read the rest of this, you may agree that I should have written which rather than that in the first sentence of this paragraph.

The article  here is not a long click, but I will present is the gist of it here anyway.

If your sentence has a clause but does not need it, use "which"; if the sentence does need the clause, use "that."

If the clause is absolutely pertinent to the meaning of the sentence, you use "that."

If you could drop the clause and leave the meaning of the sentence intact, use "which."

Do you agree that I used the wrong word when I wrote this sentence earlier?

When I saw this link on fb that promissed to explain it all to me, I clicked.

It seems to be wrong because the sentence still makes sense if we remove the clause.

When I saw this link on fb, I clicked.

In this case, according to the above explanations, I should have written which.

When I saw this link on fb, which promissed to explain it all to me, I clicked.

This is going to go against the grain, but I will try to bear it in mind.

Meanwhile, it has been hotter than the hinges on the doorway to hell here this week. With the feels-like temperatures reaching 40+C/100F, all of the southern part of the province has been under a heat warning. It will supposedly break tonight, and we, including Lacey, will rejoice when we can once again open the windows, at least at night. 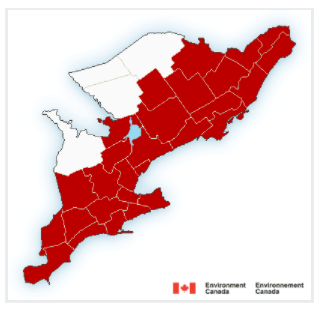 I overused that and try to avoid it now.

Oh another grammar lesson - thank you. You've used a phrase I enjoy saying "fair to middlin". I think I might make a post all about the words & phrases I so enjoy saying and/or using. :)

Thanks for clearing up the difference between which and that. I have always just used what feels right. We are also in the midst of a hellish heat wave.

Sorry about your heat wave...shared with millions. OK, I'll look at whenever I use which and that now. Have a good Friday the 13th!

Oh, my. Now I have to watch what I type to you because I may be misusing which and that. I never gave it any thought before.
Heat continues here too. We went to the lake to swim. Cooled off but then it thundered in the distance so guards called everyone out for 30 minutes. More thunder some we never heard postponed the return to the water even later so we went home. Going to a new lake this afternoon.,

I believe that you did more than a middlin' job.( And I bet your students loved you, mostly. There are always a few.)

In the first sentence above, the clause answers the question 'what? and so you use 'that'.

And then you get to 'that which', as in 'That which does not kill you, makes you strong.'
Teachin' grammar ain't an easy job.

I hope that heat ends. We shall see.

That makes sense, which makes me less confused--but I tend to go by feeling and instinct. Or avoid using those two words altogether. It's been hot here too. 100 today. Ugh.

I am not sure how accurate I am in choosing which word to use.... but I believe I tend to usually use them as suggested.

My grammar and spelling are atrocious.
The humidity broke here after dinner. It's a lovely night. We are thankful to have the ac off and the windows wide open.

Wonderful read, thanks.
Hot here too.

As a non native English speaker with virtually no English language tuition, I always wondered about that and which. I hope my instinct was good but will review some of my writing now!

Oh gosh... I hope you're not checking my grammar because I know I've made tons and tons of mistakes.