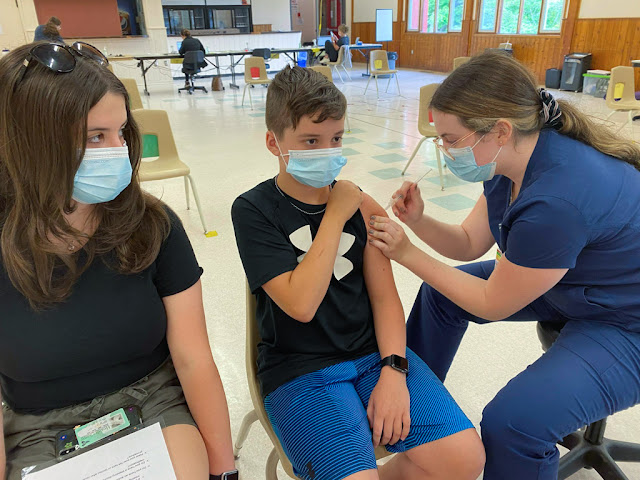 The kids kept their long-standing appointments and  finally got their second Pfizer doses on the weekend. They could have gotten vaxxed a few weeks earlier when the clinics opened up for drop-ins for 12+ year-olds, but times were busy with three separate vacations. At least they will be protected as fully as possible in time for school in September, and I expect that most of their fellow students will be as well. However, schools will remain masked according to current plans. 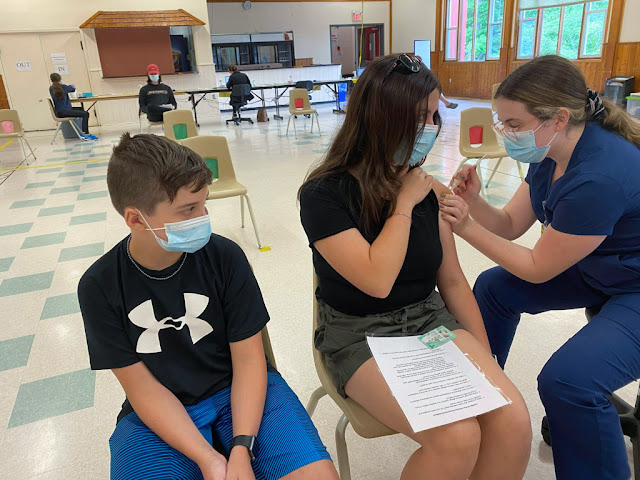 We still all mask in public, indoor places and may for the foreseeable future with the fourth wave beginning to hit us.

Although daily rates for new cases plummeted to the low 100s for awhile, they are now generally over 200 and have even crept up above 400. I am not happy about this despite comparing very well to the rest of North America. At last look on the weekend, I found that all Canadian provinces and territories except for the Yukon ranked below (below is good in this case) all American states with Louisiana, Florida, Alabama, Arkansas and Mississippi leading the pack (which is not good in this case).

Meanwhile, the overall vaccination numbers as a percentage of the total population are relatively good with Canada surpassing the US almost a month ago and now standing #1 amongst major, industrial countries. The following chart also shows that the USA, ranking 7th, still does relatively well. Canada is still well below a few countries standing only 8th in the world amongst all nations, with 63.2% fully vaccinated. At the very top of all nations, however, the UAE percentage is 72. 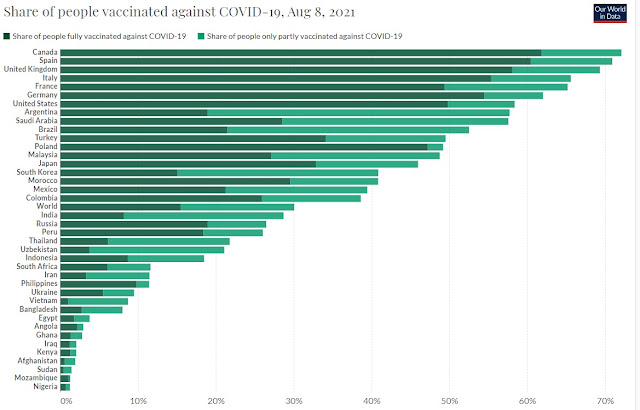 Here in Ontario, 72.1%  of adults are fully vaccinated and 62.7% of the total population. Vaccination rates are slowing down but hopefully, will increase again as summer wanes and the school year approaches. However, as I check early on this Monday morning, there were fewer that 50000 vaccinations in total yesterday with 38000 of them being second doses. This is quite a decline from earlier when the province had days of more than 200000 vaccinations.  Hopefully, part of the low figure is attributable to fine weather weekend in our short Canadian summer.

Locally, our health unit reports 3 active cases with no one hospitalized. Last I checked our district was tops in the province for rate of vaccination.

With us all vaxxed, I wonder if this will be my terminal C report? That would probably make many happy.

Posted by Anvilcloud at 7:33 am

So happy for your grands! Nice stats about the virus and vaccinations in your area. I have grands and other relatives living in FL, and am most unhappy about their political leadership, or lack thereof. You might even say my Ire is up!

Despite the slow start to vaccinations Canada has done really well based on your reporting. I hope we can cross the border into Quebec when we are up in Maine next month.

I am pleased that so many have gotten themselves fully vaccinated, both old & young alike. Two thumbs up for that. I keep stat records & I see a steady increase in the new cases, which makes me wonder if people are becoming lax and/or overly confident. Either way I'm preparing for the next lockdown, not in food but in things to keep me amused & entertained ... in the words of Ned Stark "winter is coming".

Not terminal. Here in the middle states we are in #4.

I'm not sure I've ever said this before but I'm beginning to wish I were Canadian.

Wish our grandchildren, 10 and under could be vaccinated. It is a worry for sure.

Our numbers are going up too, which I find scary and discouraging. The U.S. might look good--but it's because some states have high vaccination numbers while others are abysmally low. Like Ed, I wish I were Canadian these days. You seem to be so much smarter and pro-active with the virus. I am careful like a Canadian though and mask and distance just like 2020. :(

Our area was quite low early on, but has risen more recently - unfortunately.

So glad those precious kids are fully vaccinated!! Whoohoo!! :)

I don't know what to say any more, except Be Vaccinated.

this will not be your last C report. I'm sorry to be so negative but there's much more to come.

It is encouraging that the vaccination rate has soared but there is still more to be done.

JB looks at the numbers and writes them down daily. It look bad for a 4th wave.
I'm glad your grandies are done. I worry about Isabelle, as she is 11. Josephine will be fully vaxxed by September for gr. 9.

Good for the kids! Meanwhile in the USA, certain folks are going for thi8nning the herd rather than herd immunity. It's baffling.

My second shot kicked my butt for a day, but after that I improved quickly.

And now you may all feel safer and be able to get together more often, always a good "side effect."