Both grands were scheduled for sleepovers, the first since Christmas, and I guess Danica got first dibs. Or maybe she just wanted to get it over and done with.

As I can't help but mentioning repeatedly, it was hot, so we pretty well confined ourselves to the house except for two brief excursions for me and the girl.

She loves tacos and has been waiting expectantly all summer for the new taco truck to open. So, shortly after she arrived, over to the truck we went. None of us were particularly impressed with the fare. I don't plan to return.

That evening, we spent a few minutes talking cameras ↓↓ on the back deck about how to shoot in manual mode. As you may recall, I gave her my old old one last year. She listened politely, but she seems to have lost interest. 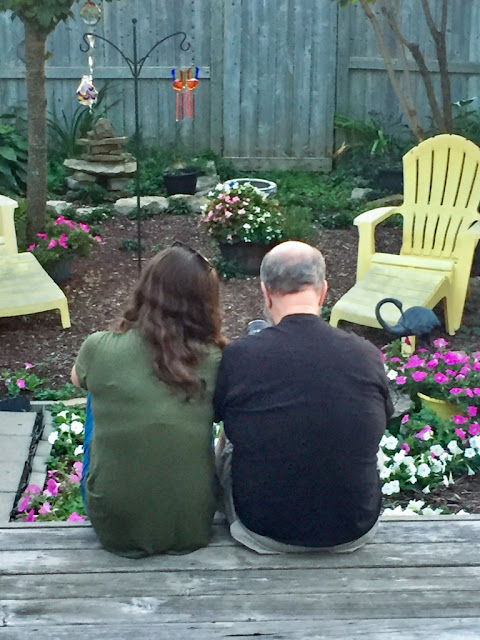 We fared a little better on Saturday morning with my bacon & egg, Buppa Breakfast Muffin with hash browns. 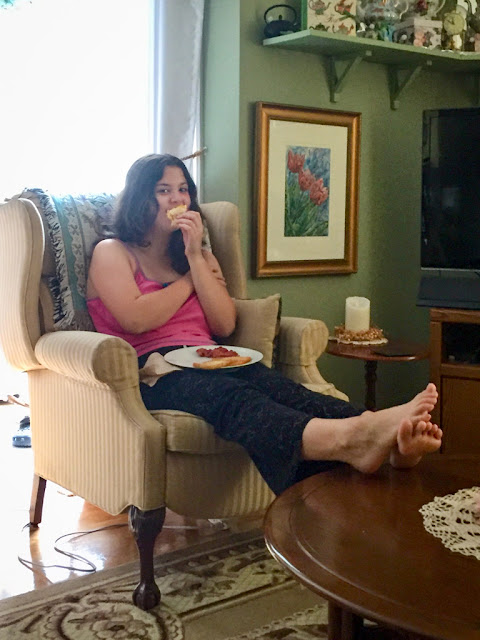 After our traditional visit to the drug mart on Saturday, Sue and Danica had a couple of sessions wrapping wire around pretty rocks. 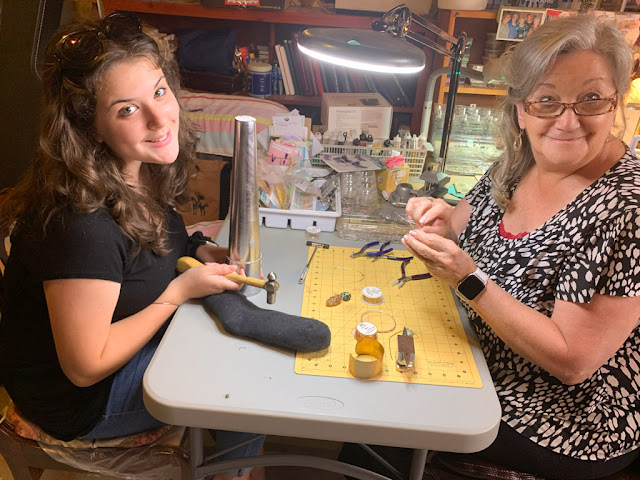 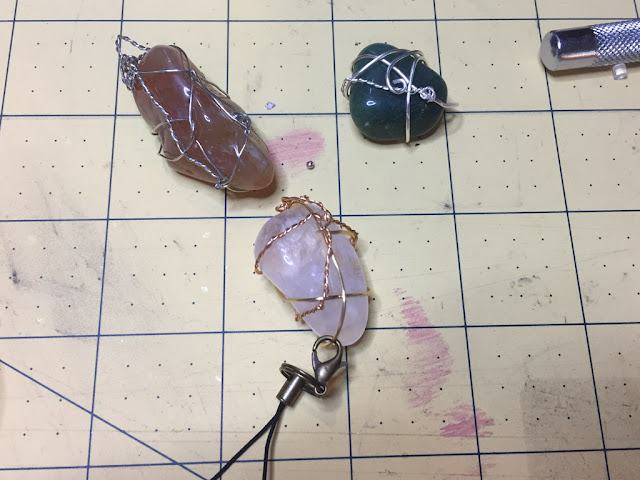 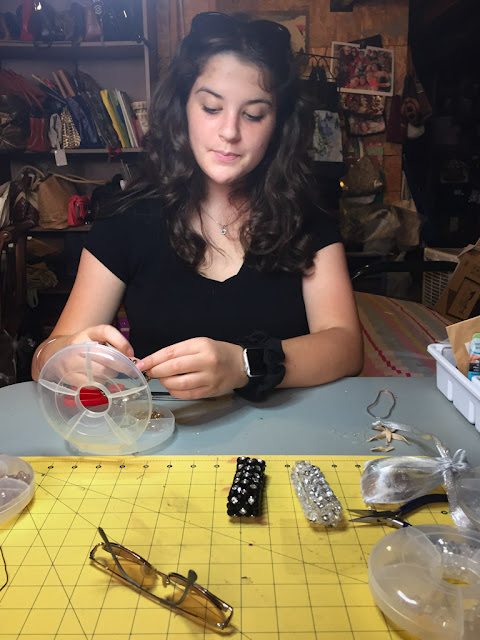 After she went back home, she sent a photo to Sue. 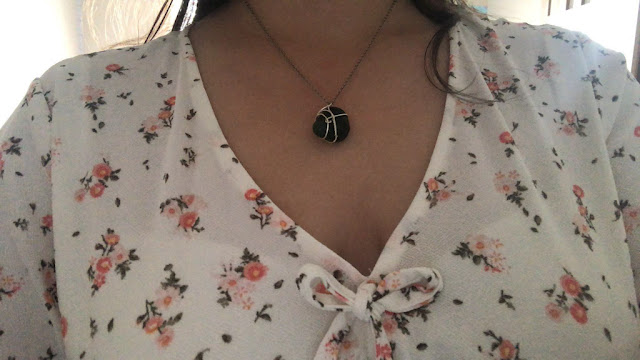 Posted by Anvilcloud at 6:45 am

Your daughter, Danica, is a lovely young lady and how quickly the grands grow up as we see the changes in our own. It is nice that both of yours come for sleepovers still as the time may come when these may cease due to other interests. Wonderful times to cherish for you and Sue.

Makes for a very pretty necklace. She's certainly talented. Thanks for the great shots, I especially like the one of the two of you from behind (Sue took it?).

You have a lot to keep her busy so she doesn't zone out on her phone. The necklace is beautiful. What year school is she starting this fall?

One of these days, I hope to have to entertain grandkids for a night or two but I hope that day doesn't come for at least another decade at the earliest!

That's lovely that they still want to come and that you find interesting things to do. That necklace turned out very well! I can't wait until my Grandson comes back. I envy you living close to yours!

You are so lucky to still have grands that enjoy your company. Ours love us but have so many other interests. Maybe I should buy a jewelry kit?

Danica looks so like her mom. Beautiful young woman! Making great memories for sure.

Bummer about the taco truck but it looks everything else went well. I forget sometimes how long some people have been separated from their loved ones. Take care.

You try hard with the grand kids. the kids are lucky to have you and you enjoy them immensely.

Love the wrapped rocks! And how pretty and grown up Danica is!

Recently I found a pair of earrings made from rose quartz from my dad's rock tumbler. I've worn them often.

Hand wrapped stones or crystals are beautiful. They did a great job.

It looks like the sleepover was a big success. Nice rock jewelry, very creative. I am going to start looking for some interesting smaller rocks now. Every so often I take out my manual for the camera to refresh my knowledge about using manual on my camera ... but I always settle back to green - auto mode :)

That's good info about the taco truck.
That's fun having them over. OUr grandies are in N.B. with the other gramma. I miss them!

Good to be able to have her around.

Oh my! Danica has grown into such a beautiful young woman. I can see why you’re both so proud of her. They made very beautiful jewelry together.