The first of the four photos is a rather experimental photo of the full Buck moon over a cornfield. I am not sure what I think about it overall, but there is something about it that I like – a mood maybe. As I said, an experiment. 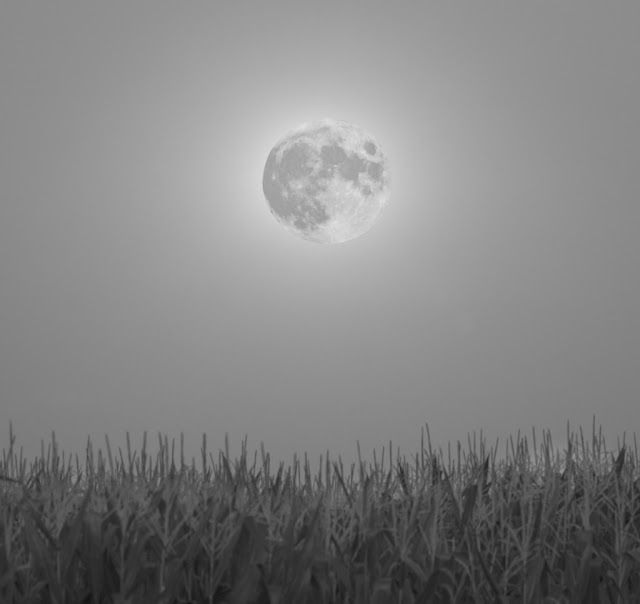 This next photo was of the recent solar eclipse, in June. At the time of the eclipse, I posted a few photos, but later I did this b&w conversion. The sun looks like a crescent moon. 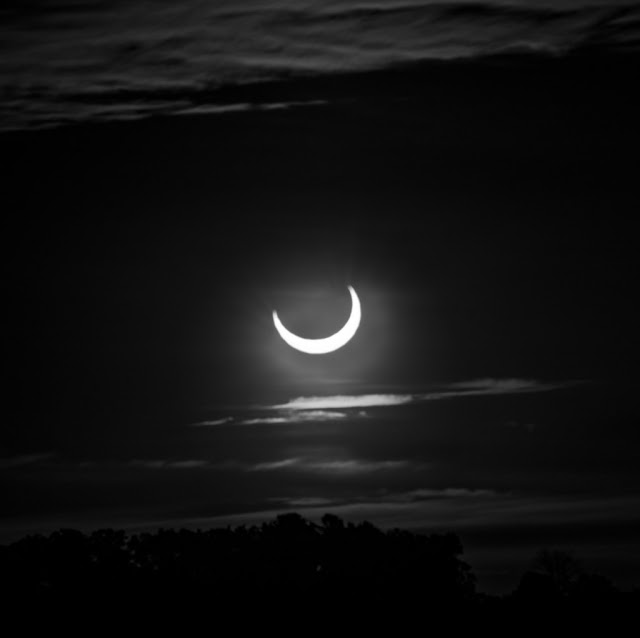 In early June I took a photo  along Mill Street. It was a tight shot and was somewhat distorted as a result of using a wide angle lens to try to cram the whole scene into the frame. Due to distortion and having other photos to occupy myself with back then, I passed by the image at the time. As a recent afterthought, however, I was able to remove most of the distortion, and I rather like the result. The building was once a mill (textile, if I recall correctly). It has been converted into condos. The flats on the back overlook the river. I think it is my favourite photo of todays selection. 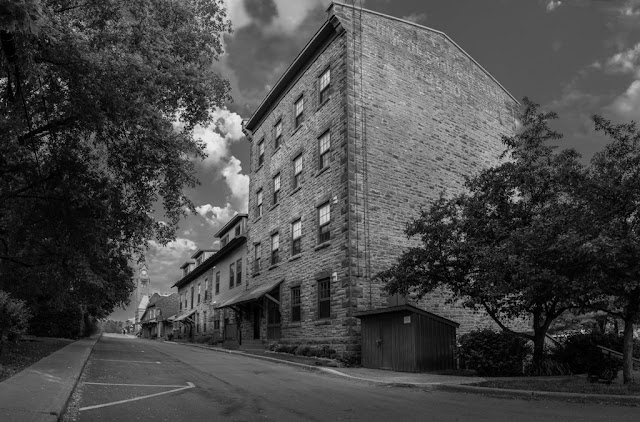 The most recent photo is just of the nearby car wash. It's not the most exciting subject, but I still wanted to photograph it at night (early dawn) with the lights still on. Sometimes, very ordinary subjects can result in a decent enough photo, and I rather liked the challenge of making such an image. It's not all that easy, really.

Posted by Anvilcloud at 6:15 am

The third one reminded me of an Ansel Adams photograph, the last of a Edward Hopper painting. Very nice.

Experiments are fun especially in photograhy and my favorites here are the old mill building and the car wash.

I really love both of your moon pictures.

I am impressed by all of them, but the first blew me away. I would hang it in my house.

You are quite creative! Well done.

The condo picture is excellent!

You made black and white interesting and moody! :)