After posting yesterday, Shauna sent us a snapchat version of what Jonathan could look like in 6 years when he is 18. This is using the same photo that I posted yesterday. (Bad angle though, which makes it hard to compare. I could try to fix the perspective, but I would probably fail, so it is what it is.) 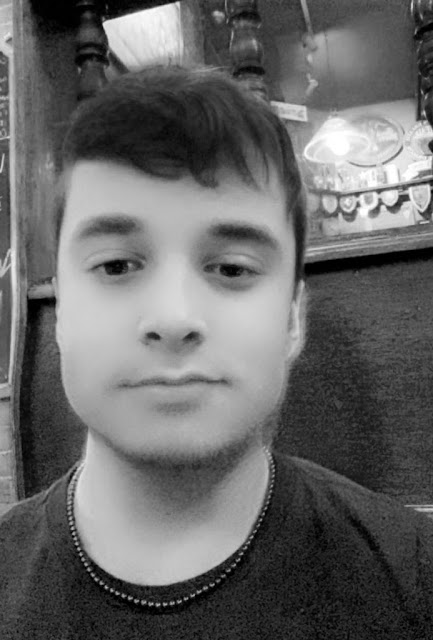 This was me at ~16: also the same photo as yesterday but cropped. Of those fuzzy, old photos. 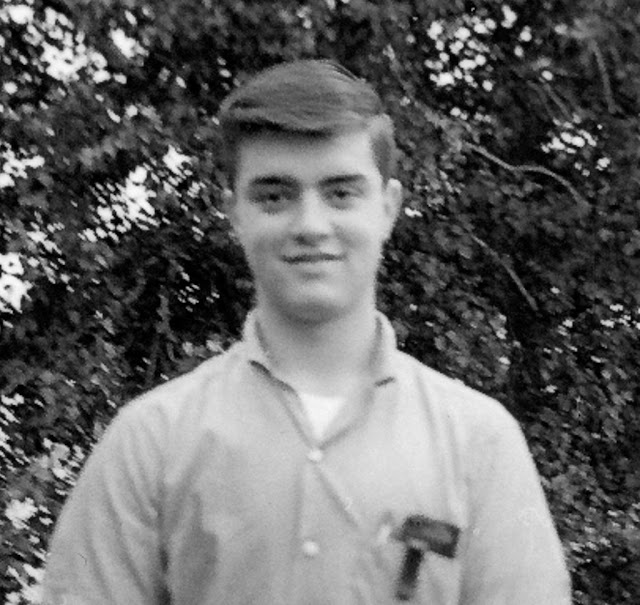 This is all just for fun. We have always seen some hereditary genes in Danica, but Jonathan has been a bit of a puzzle until now.
Onto The Last Daylily.
It isn't quite the last daylily flower, but there are very few still to bloom. Although I have taken a few flower photos in the past that I turned out well and that I like well enough, flowers and macros aren't really my thing. This is so, even though I have a macro lens. Some of the problem may be accessibility; it is somewhat difficult to bend, get down and stay down. Sigh.
Besides, whenever I have had thought to photograph a flower this summer, it has been either too sunny or too windy or both. Yesterday, however, when I went by the flowerbed to put out the garbage, this almost-ultimate, but still not quite penultimate, bloom caught my eye. Although there was still a slight breeze, I took the shot because there will be very few more opportunities. 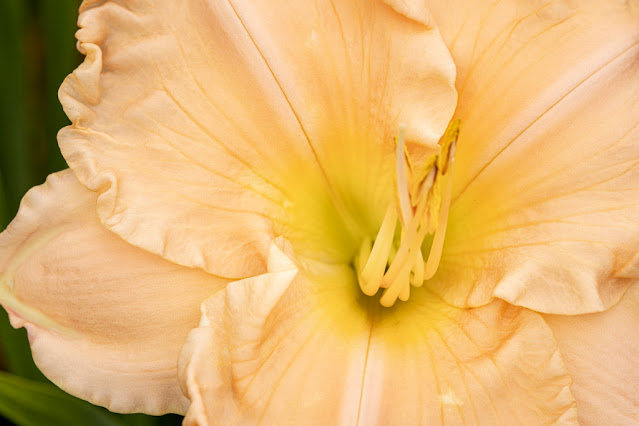 I took another from the side, but I composed it badly. So I cropped way into the pistils in post and salvaged something at least. 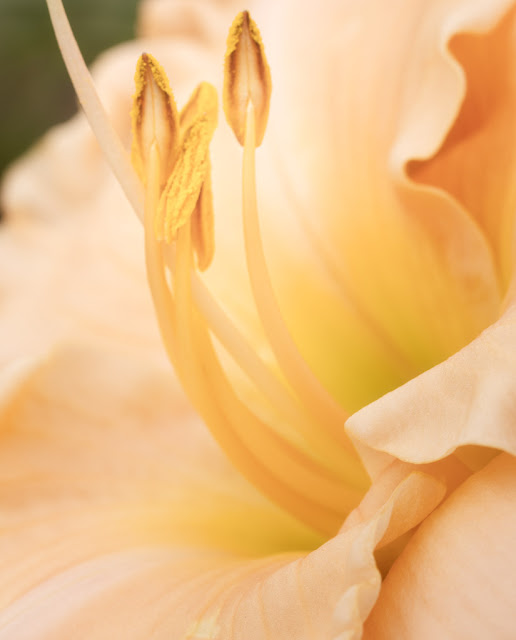 Have a good day. It will be hot and humid here today, but we are looking forward to Danica coming for a sleepover: her first since Christmas. JJ will have his turn early next week.
Posted by Anvilcloud at 6:43 am

Beautiful flower shots...and you all do have some genes in common don't you!

Obvious resemblance between the two of you. And really lovely macros!

The resemblance between the two of you is uncanny. You were a good looking lad back then and so is your grandson. I like the small beard below Jon's chin. Nice touch.

Definitely a resemblance. I love taking photos of flowers although I'm not the best at it.

I love the daylily shots! And you two fellas aren't bad either.

Yes, you two do share genes. Lovely day lilies too. :)

Grand kids are always interesting. However, my kids are adopted and many times people came along and found likenesses. We usually never said anything.

You can definitely see the resemblance. Very cool. I might have to check out that Snapchat feature to see what my boy might look like when is 18 as he is 12 right now as well. The day lillies look lovely. Enjoy your time with the grandkids. And I found my way here via Ed's blog in case you were wondering. Have a good one.

It is wonderful to see the family resemblances!

It's fun looking for a family resemblance.

The family comparison was interesting to see and more so when JJ does reach your younger age and also to compare to his dad's. As for macros, I hear you on bending down and then getting up, so eye level ones would be preferable. That said, the day lily macro was well done.