How did I get this effect? They're called bokeh balls, but for all I know there may also be other names. It's a fun effect with Christmas lights. 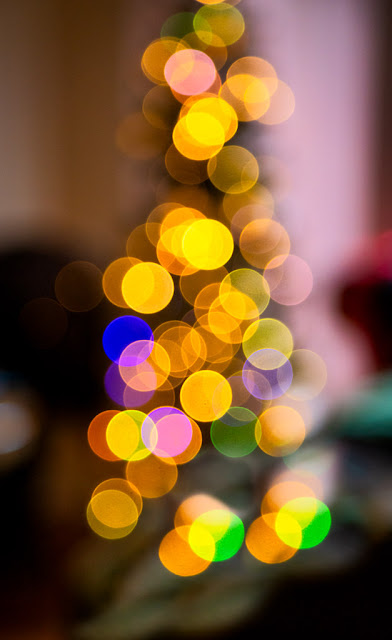 I opened the aperture (IOW, made the lens hole as wide as I could) then I focused on a close object. I kept the shutter button half depressed while I recomposed the photo. That mean the focus was still locked on something close, and therefore, the far away lights of the tree were thrown way out of focus.
You will probably need an actual camera to really make this work. Because you can't control the aperture in a phone camera (at least in none that I know of), you can't get the background that far out of focus. You should be able to get some blur, but nothing like this.
I also have a few photos of the party that Sue took on here phone, and I promise that will be the end of the tree party for another year.
JJ and me early on. Unplanned, we were both wearing our team's logo. 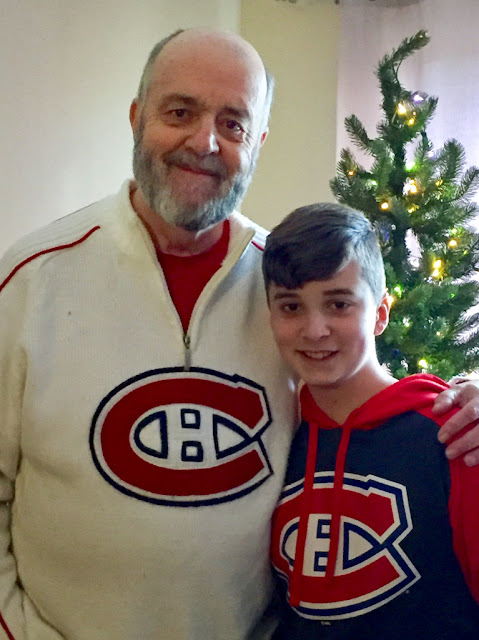 When Danica got home from work Sue wanted a picture of the cutie in the hat that she wears to work, and I had to get a photo with her. In addition to the hat, she must also wear a net over her hair because she cuts fruit and veggies all day. I never though of this until now. 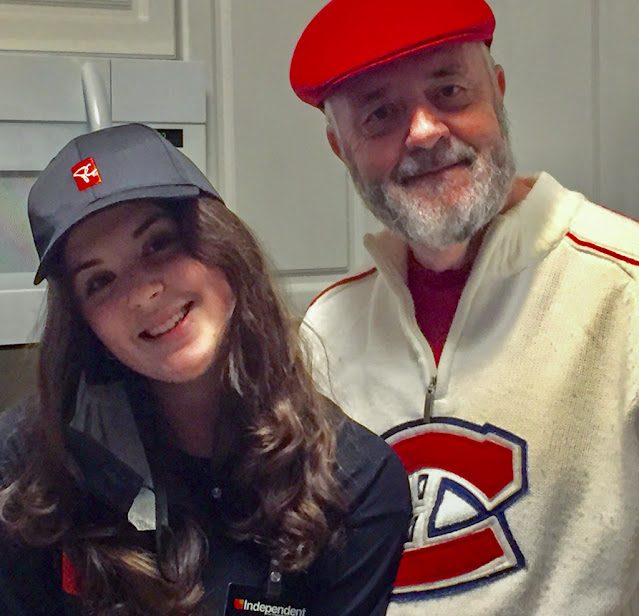 And here are two of mom's smocked balls, hanging in the tree. 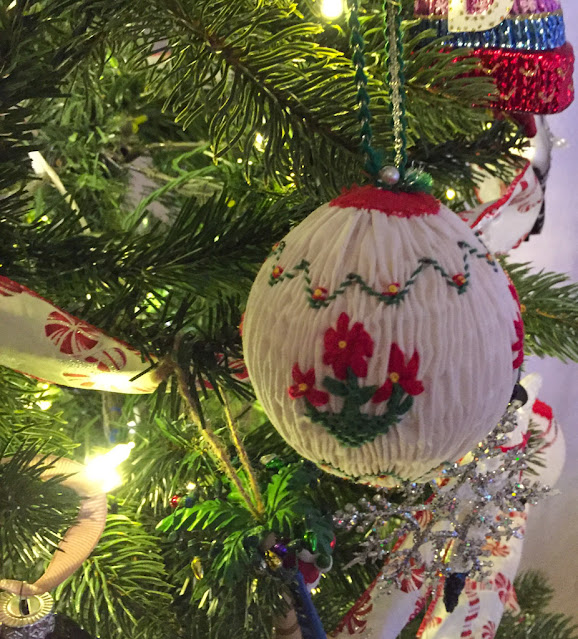 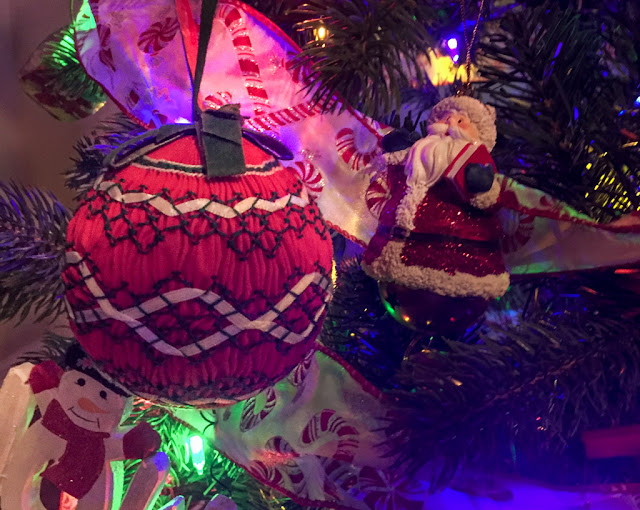 I think that will do for the tree party, but fair warning, there's a hockey game tonight.
Posted by Anvilcloud at 7:00 am

Love all of your pictures, especially the bokeh balls! :-)

I am a crafty woman, but wouldn't know how to start smocking Christmas balls. They are absolutely lovely, and I hope they last through a couple more generations. Love everyone in their hats too!

Hats galore at yours. You're really enjoying the season already.

Although you can't change the aperture, you can simulate it... at least on later iPhones. In portrait mode, they have a cursive letter 'f' up in a corner. If you tap that, you get a scroll bar where you can change the depth of field to get the similar effect. If you take a photo in portrait mode, you can also do the same thing after the fact in editing mode. It isn't as powerful as a DSLR, but it has come a long ways since the first phones with cameras built in.

Your grandkids are so cute, very photogenic.

What wonderful, sweet celebrations at your house! Those ornaments take alot of patience and craftiness. Bet you haven't ever seen such since she made them. Enjoy your time with family. Linda in Kansas

Wonderful photos as always. Your mom's smocked decorations are so unique and lovely.

Your mom sure did a great job on the smocking.

PipeTobacco said...
This comment has been removed by the author.
3:44 pm


I do actually very much appreciate the bokeh effect photograph! In some ways, it reminds me of what the world looks like when I take off my glasses! :) I am rather heavily myopic. :)

Debby said...
This comment has been removed by the author.
6:39 pm

Yay Habs! I just may just try that photographic technique.

Two of my 3 kids worked in our local grocery store back in the day!

Love the smocked balls on the tree.

You really do have the most beautiful grandchildren around! Love these photos of you with each of them. So much love!