I am sure that my hockey photos are not fascinating to most people, but since I spend time taking and processing them, it is my prerogative lol to post them (see below for prerogative). For the next few months I will probably post, one game per week although I am sure there will be a Christmas break.

I do my best with these, but in case you are new, I will tell you that I am shooting through glass, and the glass is often marked where pucks have hit it. So, I do my my best, often in not super lighting, and post on the team's fb page for the parents to see.

I like the posture in this first photo with the taller guy (on our team) bending so low that he's at the height of the shorter opposition player. The faces of the three boys behind also adds interest. ↓ 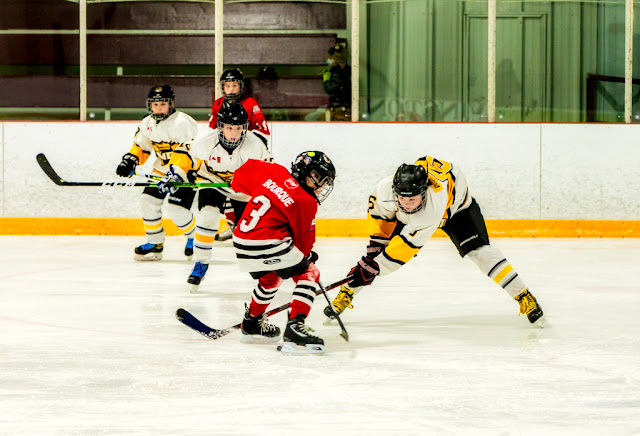 A shot was attempted, and they look to see where it goes. so there is both action and facial expression in the photo. ↓ 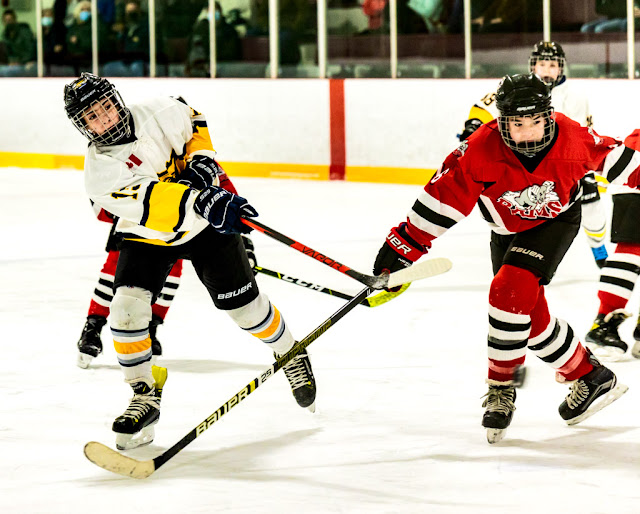 Another peak action shot of an intense scramble at the goal mouth. ↓ 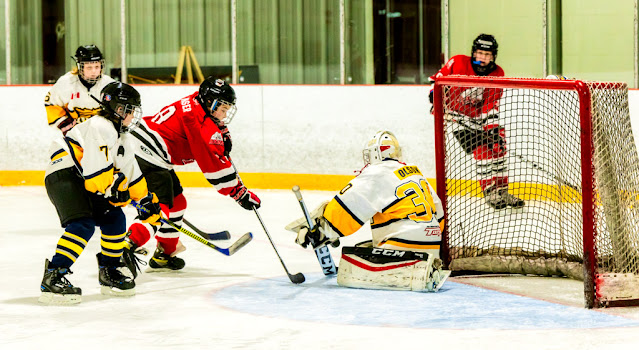 Number 12 was the player of the game – the King. He scored three of the team's five goals, and I am pretty sure that this was one of the goals. ↓

When I look at the spelling of prerogative, I begin to think I have been saying it wrong all of my life, but then I see that it is also considered correct to say it my way puh-rog-uh-tiv, and I feel better. lol https://www.dictionary.com/e/word-of-the-day/prerogative-2021-12-02/

Posted by Anvilcloud at 8:03 am

Yep, it's your prerogative to put whatever you want on your blog. I enjoy seeing the action photos, mostly. :-)

For once I agree with your pronunciation! Sure take those action shots...They are great!

The way that I've always said (second pronunciation) seems very non-phonetic, looking at the word. I love your hockey photos and am amazed by them. My late husband would try to take gymnastics pictures but the poor light plus movement stymied him every time.

I enjoy all of your photographs. Hockey action is good stuff.

I occasionally attend an OHL game. On rare occasions I will photograph.

You got several nice shots. Are you sharing the photos with those players?

Cool, (literally?) photos! Those boys are really moving in those views. And gosh, I've been saying "Purr-rog-a-tive" all my life. Oops. Probably not going to change. Never apologize for hockey pics. Sooooo much better than football. Linda in Kansas

You do take the most amazing action shots, I must say.
I always said it with the puh too.
Another word I didn't use until I was out of college was pejorative.