Back in September, I took some portraits of the kids, which I posted about here.

They had equal time in that post, but at the time, I found myself particularly taken with this portrait of Danica. I like her enigmatic (dare I say it?)  Mona Lisa sort of smile (with humblest apologies to Leonardo). 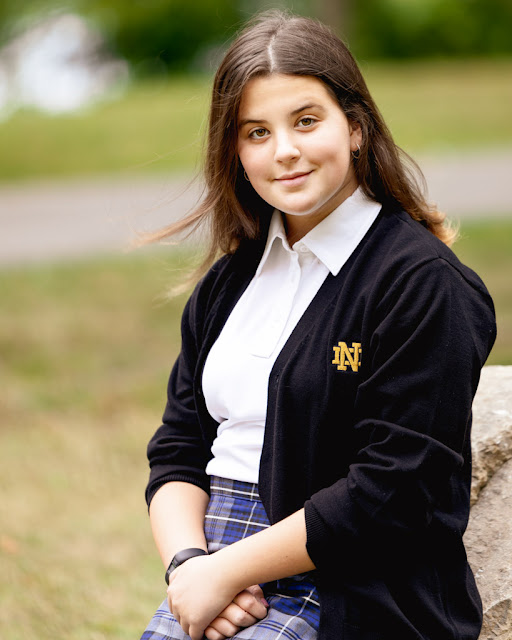 That was processed, at least mostly, using Adobe Lightroom and Photoshop. I quite liked it and still do.

Sometime later, however, I decided to edit it in another software package that I have, Photo RAW from ON1. 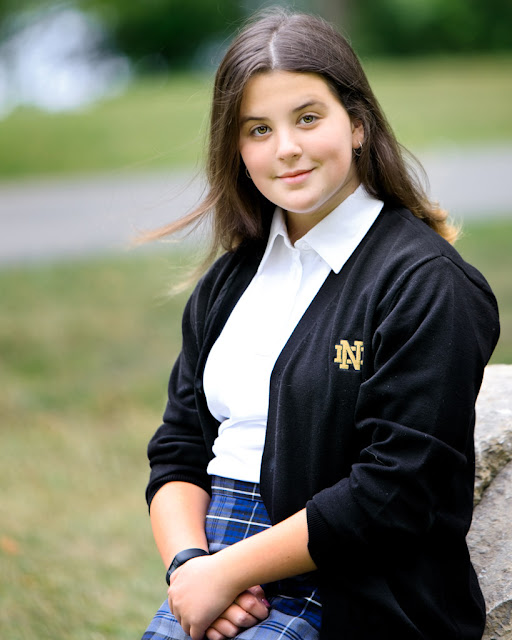 I decided that I like this version even better, mostly because I lifted the somewhat reddish tone from the first photo. That reddish tone of version 1 hadn't bother me at the time, but when I completed this second version, I liked it better without the colour cast.

It is not as though one can't get identical results using the two different editing packages, but on different days, one has a slightly different vision. Also, different packages may lead one in different directions even though they can produce remarkably similar results if that is what one wanted to do.

Then, just two days ago, I received yet another photo editor, this time Luminar 4 from Skylum. Having just installed it, I don't know this product well, but it does have a portrait module, so I decided to try it regardless.

Whereas I cropped the first two versions almost identically, I decided to crop this differently to eliminate the background behind her. Once cropped this is what my fiddling in Luminar produced. 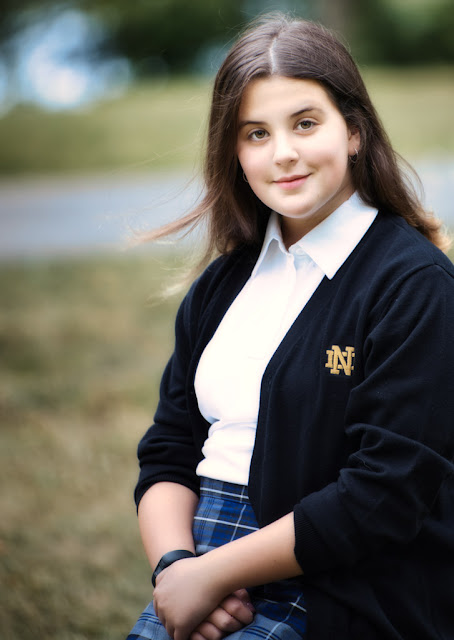 I like this third version too, but I must say that I am drawn to the Photo RAW version (second photo). I may prefer this crop, however. What about you? Which crop and which edit in general?

Those are the Three Danicas, but now I move to the Plus One in the title. At the last minute, before posting this, I decided to render a b&w version from the second photo. There is something to be said for b&w photography, perhaps particularly for portraits. 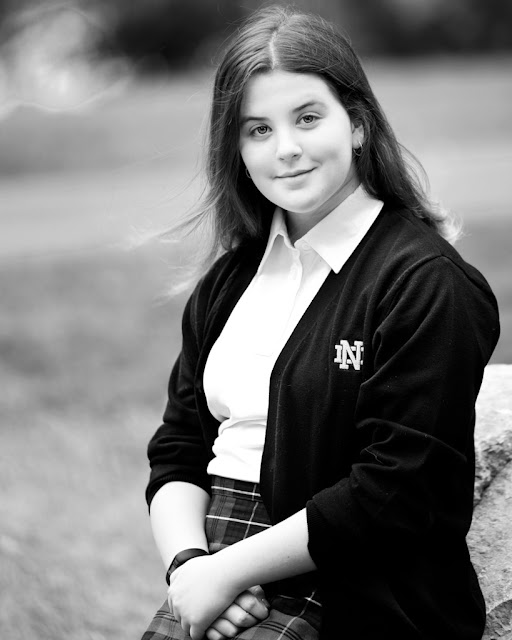 There are people who hate editing photos, but I will go as far as to say that I like the process — up to a point anyway. For me, the digital darkroom, as it were, completes and enhances the creative process.
Posted by Anvilcloud at 8:59 am

Danica does have a smile that makes one wonder what she is thinking! But the editing is not something I could do. I would have such a difficult time deciding which image I preferred. (I think the second one.)

Well, I think a modern day Leonardo would choose Danica as his model :-) She is beautiful and I like all your edits but my favourite is the black and white one.

I also go for the black and white.

Oh I definitely think that's a Mona Lisa smile. Absolutely mesmerizing. I like the 2nd photo best, I think. They're all gorgeous.

These are all lovley but each new one seems a shade better. YOu need to put this on the wall!

Photo editing sure has changed!
She is gorgeous!

I like the first version. I don't like the white glob approaching her right ear in all the rest of the pictures.

I like the third crop. The B&W is lovely too.

The wider crop for me, and, yes, lose the white blob. I am impressed with the colour edit.
She is gorgeous and the smile is classic.

Just saw a NOVA special about Leonardo da Vinci and how he painted the Mona Lisa. He worked on it for 16 years. I had to take out my laptop to show my husband Danica's smile. So pretty.