I shot so many photos at Celtfest, and I had other photos and things to deal with as well, that I am still doing some sorting and editing — as the spirit moves.

I previously posted of the Great Ashley MacIsaac in colour, but I have decided to do some b&w processing too.

First, permit me to digress very briefly to reveal what happened on our way home from this concert. Less than one kilometre from home, a deer dashed in front of our car. Confused by the headlights, she didn't keep going, and we collided. Thankfully, I was only going ~60kph/35mph, and it could have been worse for both the deer and us. We drove on, called 911 in case the deer was injured on the road, but it was gone. The officer said that this is the deer-hit capital of Ontario and that experience proves that deer are extremely durable. We certainly hope so as we were almost devastated for the poor creature at the time. Meanwhile, we have $4000 damage to our vehicle.

Back to the Maestro.

I was confined to my seat for all of these photos, but my new long lens (100-400mm) came in very handy. All of these shots were shot handheld from 300mm to 400mm, but you can tell from the logo on the hat that they are pretty sharp.

I set the shutter speed on shutter priority at 1/200 and the ISO on auto, but the camera always chose the maximum ISO that I limited it to (it could have gone much higher). I a;lso let the camera choose the aperture which was usually between 5.6 -  6.3, which is as wide as the aperture in this lens will open at those lengths. I am happy enough with the results. I think I like the third photo best with the bow hairs flying, and it was also the most extended shot at a full 400mm. 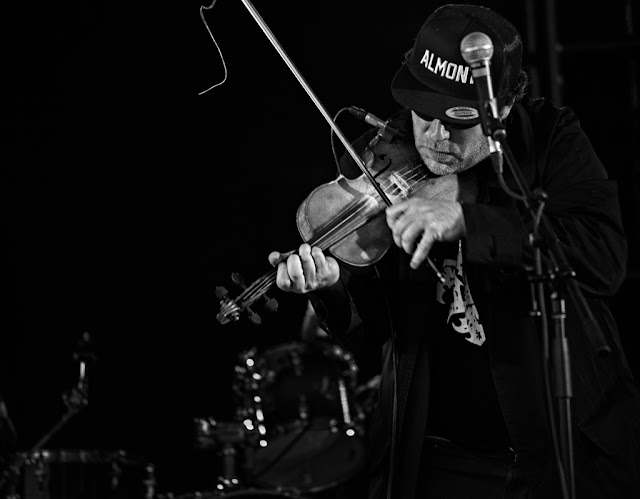 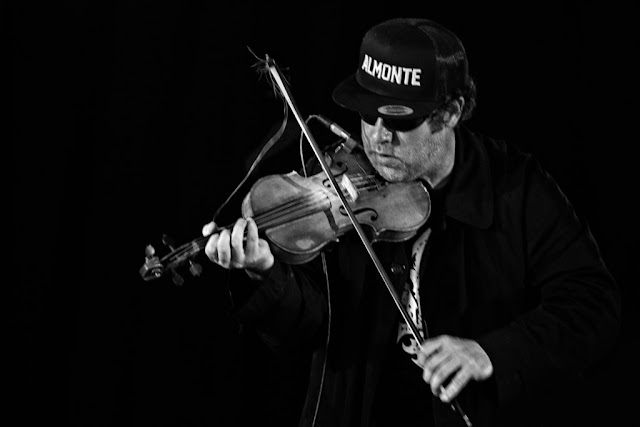 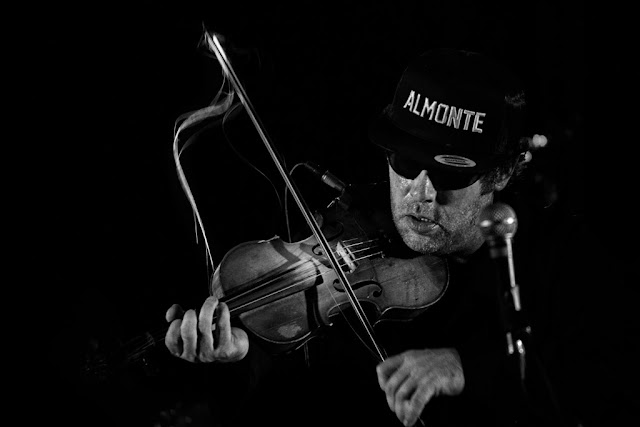 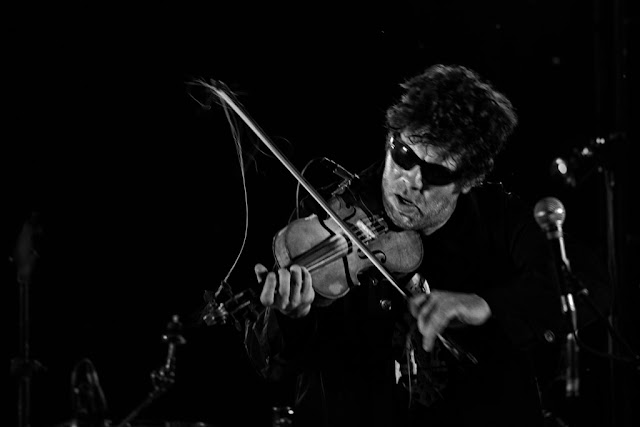 I could process a few other photos, but I think I shall leave Mr MacIssac alone now.

Posted by Anvilcloud at 6:39 am

We drove very little at night on the TCH in Newfoundland because of the moose. No moose or deer on PEI. I feel a sense of freedom on the roads as a result. Now if the other drivers...

Oh how awful about hitting the deer and having car damage. Glad you are ok! I always want to hear the music when I see photos of musicians...and I bet the photographers know what it sounded like!

Quite striking in black and white. You wonder what became of the deer.

Sorry it will cost so much to restore your car. Hope insurance covers most of it. Nice shots.

Oh, no. You OK? It's a shock having this happen. We've had two deer killed in the past week. They are running from bugs. Take care.