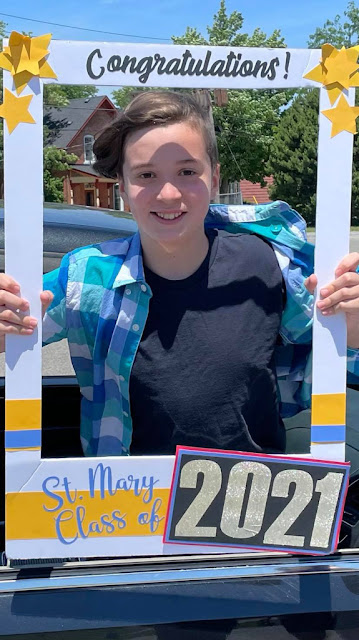 That's ↑↑ the only grad photo of have of JJ's passage, but I have a few of Danica's. With pandemic restrictions still applying, ceremonies were very very perfunctory, for both kids if you could call them celebrations at all. Certainly no family members were permitted to be there to take photos.
Danica was acknowledged online with the following photos in something like an online yearbook. 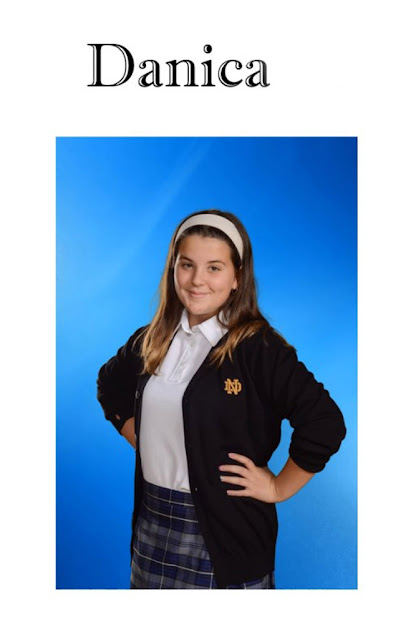 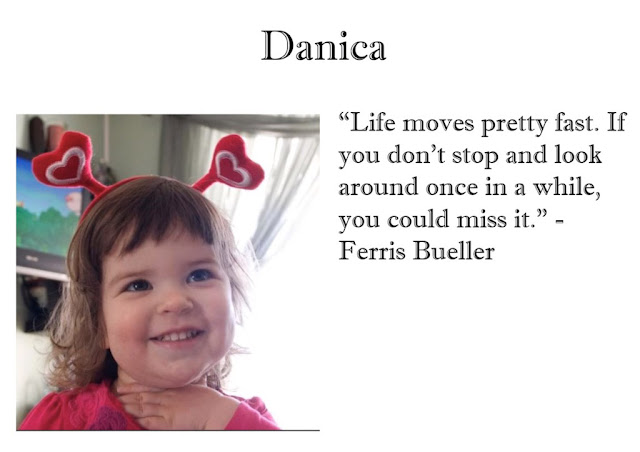 Although she is moving onto high school, she will remain in the same building as JJ, just in a different part of the building. It's a bit weird to me, but that's the way that they do it locally.
She did get a grad pic of sorts. It certainly captures the times that we live in. Should she have children one day, they will think this very strange. At least I sure hope they will because they will never have known anything resembling this pandemic. 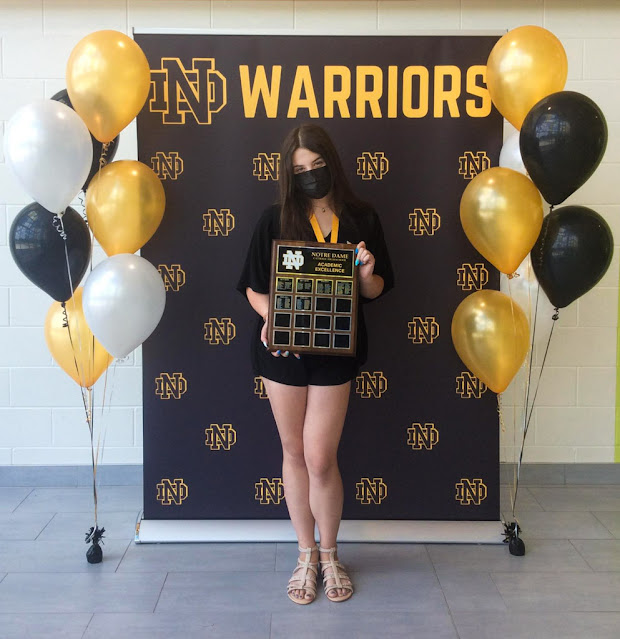 Danica is holding the Academic Excellence plaque that now bears her name. Great work, Dani!
Note: Jonathan could be unmasked because his photo was taken outdoors, but Danica's was taken indoors.
Posted by Anvilcloud at 6:53 am

Congrats to both your grand grads and watching them grow up through your blog posts has been truly enjoyable to date. Your pride comes through very clearly as it should. Kudos to Danica on her academic achievements and being included on that plaque.

Well, for whatever reason, it's always fun to celebrate a milestone! Congratulations to both.

Well done to both of your grandkids ... congratulations to Dani receiving the Academic Excellence award. The school made a good effort with the set up for the photos.

Our little village had the grade 8 graduates in a car parade around town - strange times indeed.

Congrats to both of them and a special one to Danica. Wonderful to see them shine.

Congrats to your grands! Schools being open, in whatever buildings...it's very helpful to have kids together - I don't know if yours were home-taught at all last year...but it was certainly a strain for those that were...as well as their parents. Some unexpected and different memories definitely!

It is a shame that we can't really celebrate such milestones. Congratulations to both Jonathan and Danica all the same. Congratulations also on the academic excellence award. We also had a celebration that we couldn't help celebrate. My daughter Annie finished school this year, and she was the Dux of the School, so double celebrations. Fingers crossed life gets to somewhere more normal soon, as vaccination coverage increases.

Congratulations to both of them. Bravo.

Pass my congratulations on to Danica for her award in academics. We will look back at some very strange celebrations.

Congrats to both of them!

Congratulations to them both.
When I was in school 1-6 was grade school, 7-9 was junior high, and 10-12 was senior high. I know they don't do it that was anymore here. Times change. :)

Congratulations to both JJ and Danica!

That is an unusual schooling arrangement.

Congratulations to them and to you! It is sad, however how the COVID restrictions limit the folks at these events. Necessary but sad.

Well done, Danica. An award for academic achievement is about as good as it gets in my world. It annoys me to no end to see the fuss that is made of athletes, some of whom, when they speak, are functionally illiterate, but they can hit a ball or a piece of rubber with a stick better than most. Better not lose your touch because brain is not going to do it for you.

I too hope the later generations question the masks! I fear it will not be the case however.

Wonderful photos and they will be great memories later on. Seeing the masks will remind us all of the pandemic which I hope will be in the PAST.