On a rather dull day, I went looking for irises and peonies to photograph. In the garden by the museum, I found irises that were beyond their best by date, so I refrained. The peonies were a little better. 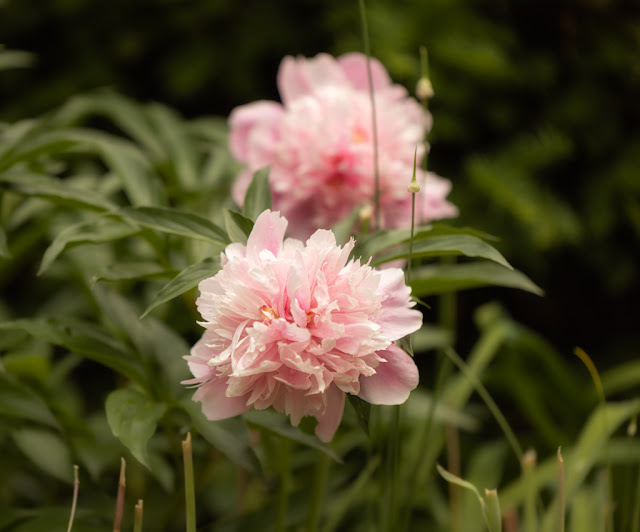 No flowers in the next photo, but I liked the green on greens in this patch. 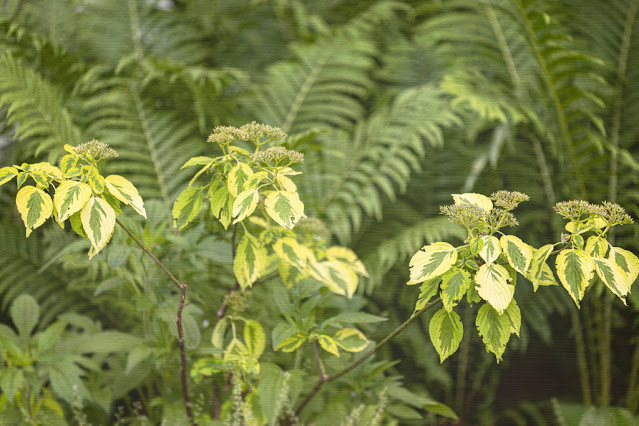 I liked how the bench ↓↓ was framed. I really reduced contrast on this for effect. This is referred to as a matte look or finish. I think I like it, but I am waffling a bit. 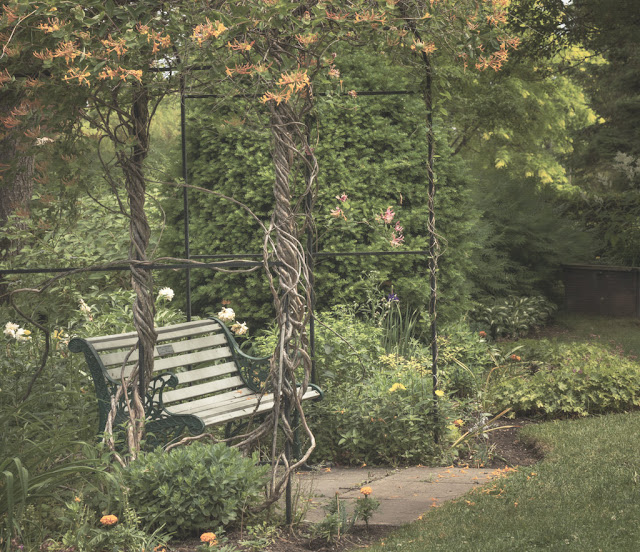 I moved onto a rural road not far out of town where the owners have a herbaceous border along the fence by the road. I had heard that lupines were in season, a flower that is a bit unusual for this area. The gardener, or her husband rather, told me that they had taken seeds from Prince Edward Island where lupines grow in profusion. I think this is my favourite photo from my little outing. 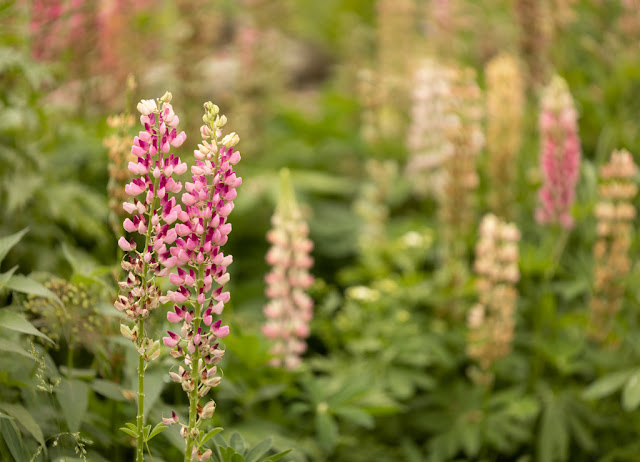 But I like the next one too. I don't know what the flower is called. It looks like cosmos in the photo, but the blooms seemed much smaller that the cosmos that I am used to. The horizontal lines in the background are part of a split rail fence. 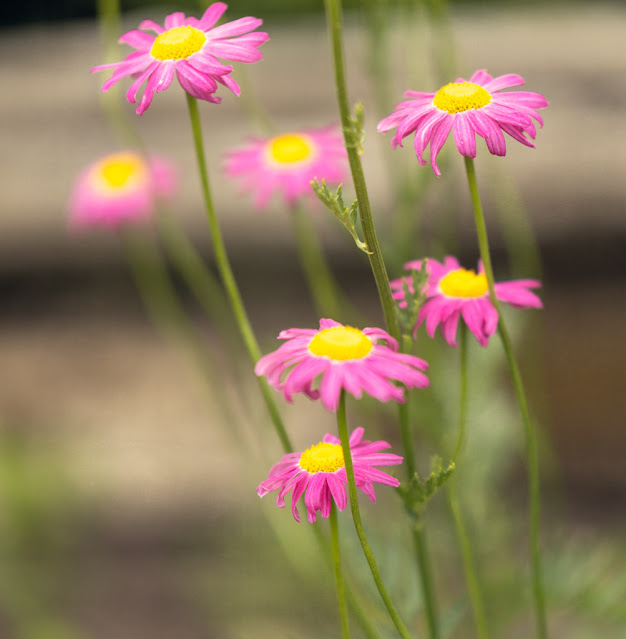 I also applied a matte finish to this ↑↑ one. As a photo, I may like it better than the lupines. I am torn. I like the lupines because they are a bit exotic hereabouts, but I also like this image for its understated look.

It’s nice to see in these recent posts that you are feeling more comfortable in venturing out, AC. The vaccine has helped so many more folks get out and about. Enjoying your photographic expeditions, but not as adventuresome myself these days.

Don't know the last flower though to me looks like a pink daisy. We have lupines here and in fact my daughter gave me some of her volunteers to plant in my beginning garden. They are blooming now.

You have captured nature's glory in your flower photos. The vine twisted around the arbour of the bench looks natural & tough (I think it looks like honeysuckle vine) & a great spot to sit & ponder. Green on green, 100%. I like your matte finish.

I believe the last photo, these flowers are called Painted Daisies.

I really like lupines & beg them to grow in my garden, which they do for maybe one season, but then, they along with foxglove, leave. FYI, rain drops on lupin leaves look like diamonds, perfectly round droplets, so maybe a return visit to the lupin field (please) :)

All have their own stately kind of mood...but I tend to like to have more contrast (those cataracts probably) and so the last one is my fav. All are good though.

I love flower photos. Peonies are some of my favorites.

Love blooms of any type this time of year. Lupins are so pretty now.

Your peonies are gorgeous. We were at Prince Edwards Island and saw those beautiful lupines. Your flower photos are always so amazing.

I like the last pic best, the leggy pink daisy flowers.
I used to have a garden full of lupins, all colours, it was lovely.

I love your flower photos but the bench is really cool, too. :)

I am learning quite a lot about how to photograph things from you. Your flowers are so nice, and I love the last one too.