With Danica having a birthday party, we all decided that Jonathan could spend two nights with us. Since Danica had had three consecutive sleepovers, he figured we owed him, and it seemed like a good way to get everybody through the weekend.

So, after our birthday dinner with Mom and Danica followed by our trip to DQ, the boy came home with us. It had been awhile since his last sleepover, and he hadn't amde it through his last two sleepover with friends, so we were all a bit apprehensive.

He was up late and still had trouble getting to sleep, but he braved it out, and we were all ready for a good time on Saturday.

He likes to indulge himself in the morning, and especially at our house it would seem, so he spent a few hours doing this in bed. 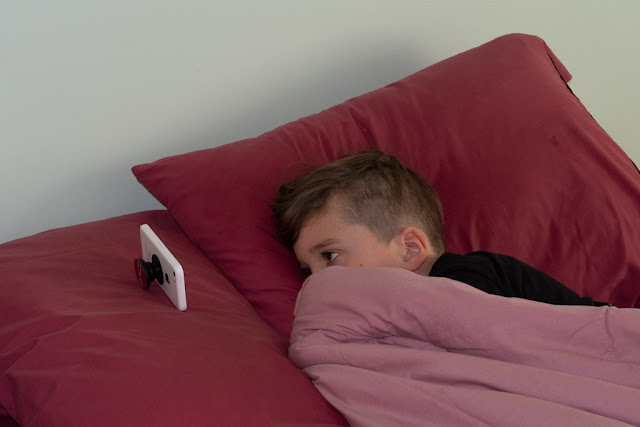 He probably could have done it for many more hours, but it was time to make paper airplanes. 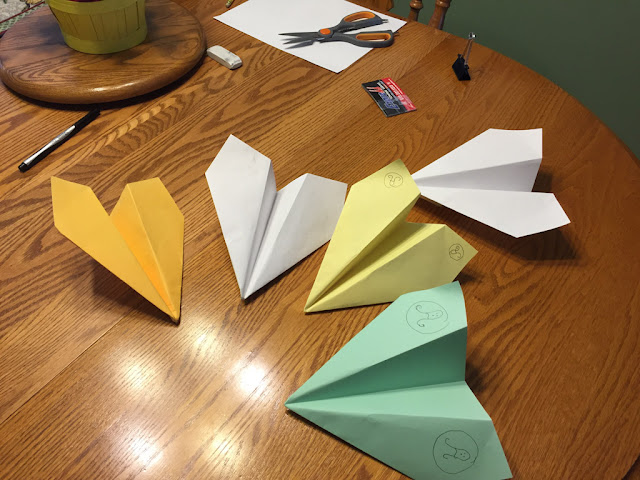 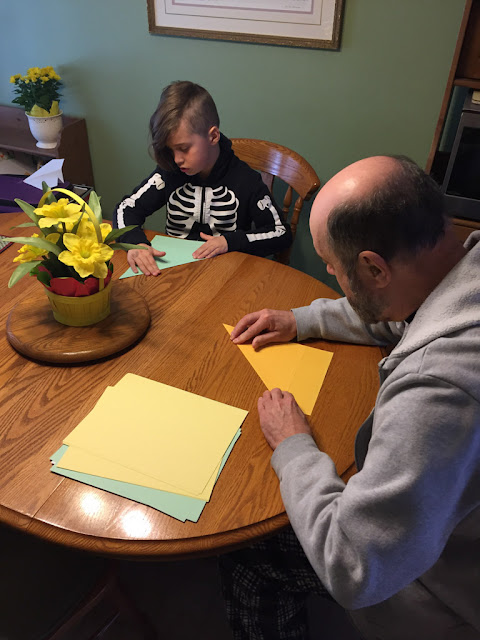 And then it was time to fly them, which didn't go too great in the wind, but we had fun. (Never take a vertical video, folks.)


Then, we took him and his new bike over to the dirt bike hills,

But that wasn't enough, so it was off for donuts next and then a trip to WM for his sleepover treat.

The treat turned out to be a basketball, and so he played a version of basketbin in the garage. 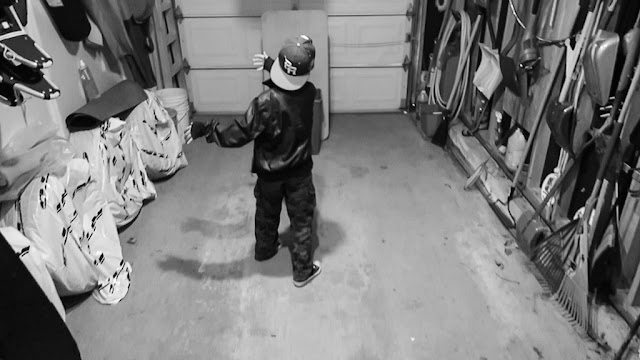 We were thoroughly exhausted by now, but his day kept going. Dad picked him up for his year end hockey party, and just look at this. In case you can't tell, the kids got to play video games in a special truck. JJ said he won on his NHL17 game. 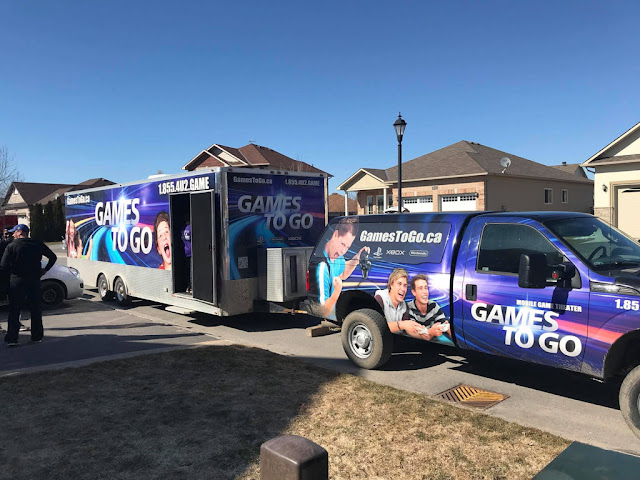 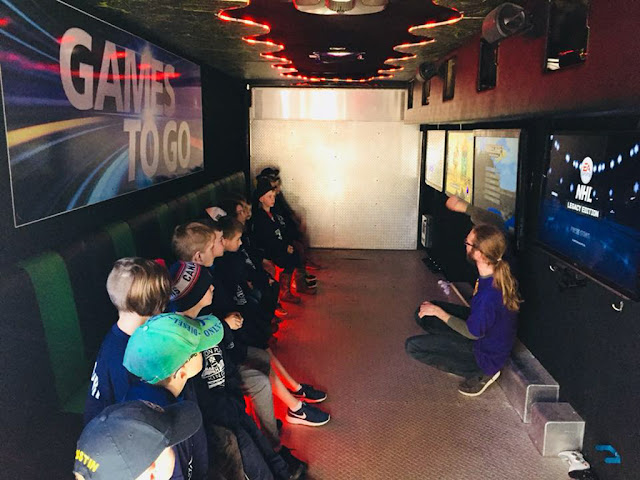 But we still have a story at bedtime. On both nights, we found James Herriot stories that we hadn't yet read. 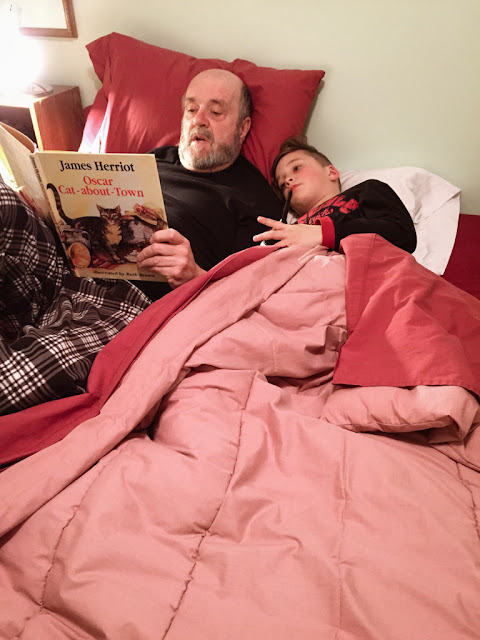 I think I'll have to do day two later.

It takes a lot to tire the little guys out.
My son attend a birthday party with one of those game trucks.

And the hair! What a great cut!
I've never seen such a truck. My SIL would love it, too! And maybe my son, as well! (The one I don't speak to!)