Yeah yeah I know, more boring macro chatter. But a few have some interest.

I set up to take photos of drooping grape hyacinths. Spring flowers do not last long although the buds are still in pretty good shape even if the stem can no longer hold up the flowers.

First a side-by-side comparison from my full frame Canon 6D of a wide aperture (f2.8) on the left and a narrow aperture (f22) on the right. There's quite a difference in depth of field. They both have merit; in this case I think I like the blurry background of the wide aperture shot better. (Unfortunately, I didn't quite nail the focus on any of these shots, but I don't think it's a great concern in this comparison.) 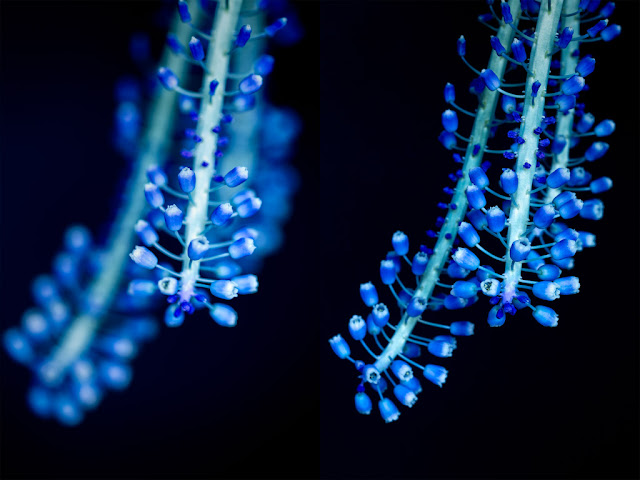 Those were both taken with my full frame Canon 6D. Then I set up my crop sensor Canon 7D in the same spot or at least from the same distance. As is plain to see and as discussed recently, the 7D shot is much closer. For whatever reason the colour balance isn't identical, but that's not the main point  of the experiment, so it doesn't matter too much, but I will say that I prefer the left 6D colour better.

They (above) were both taken at a wide f2.8. The lack of crisp focus becomes more of a problem on the right which is a tighter focus. This is the photographer's fault, not the camera's deficiency. 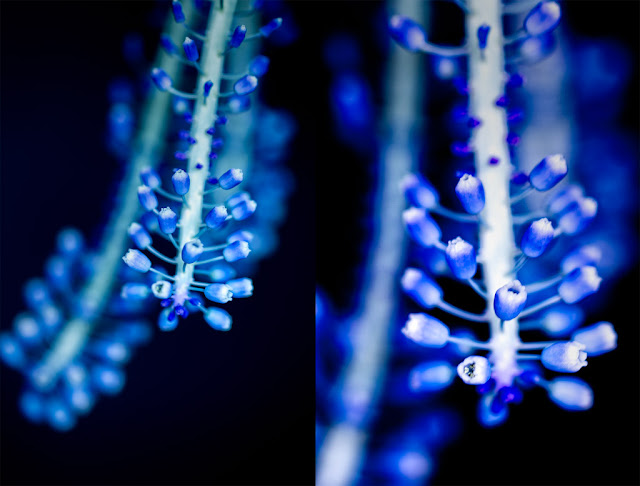 One more camera comparison, both taken at a small aperture. With eyes failing me, they aren't identical but close enough. Left the full frame 6D at f22. Right the 7D at f25. I think the left photo is acceptable even if I somewhat prefer the f2.8 version, but the right one doesn't work at all well for me. 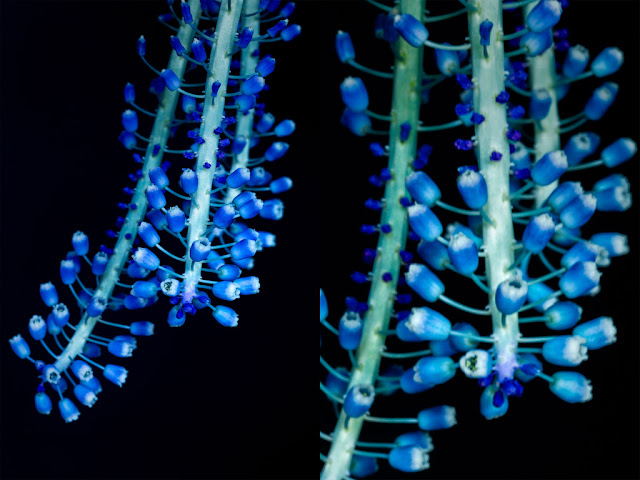 Note: I set up the initial composition with the 6D and kept the 7D at the same distance for the comparison. If I were just composing with the 7D and not comparing, I would likely make a different compositional choice.
Posted by Anvilcloud at 10:26 am

This is a fun experiment. I really like these!

I enjoyed seeing and reading. :)

I just love what you do with your camera!