A Bleak Walk Around

We are not exactly having a balmy spring. Daytime temperatures are barely rising above freezing while nighttime temperatures still fall below, and we're still getting light dustings of snow from time to time.

But there is more sun, so the dustings are ephemeral, and the accumulated snow of winter is almost all gone, only remaining in spots where it has accumulated and/or is in shade.

As you can see in the photo, we still have a bit at the back of our yard where the snow was piled from shovelling the walks but where it is also quite shady. However, it is gone from more open areas, even where it was deep. Sadly, there is absolutely no new growth in the garden yet. 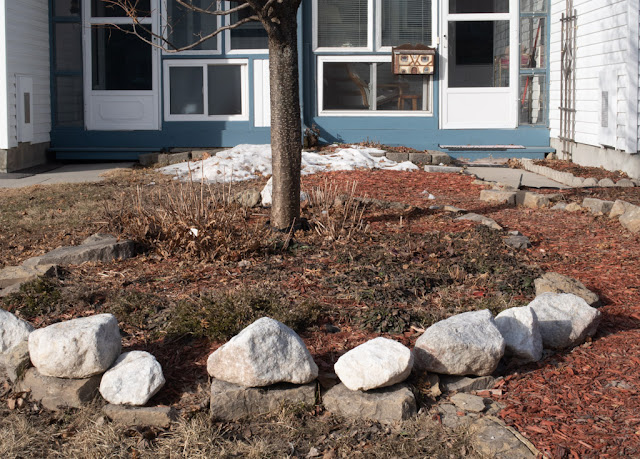 Bits of snow remain in the house across the street, mostly on the northern, shady side. 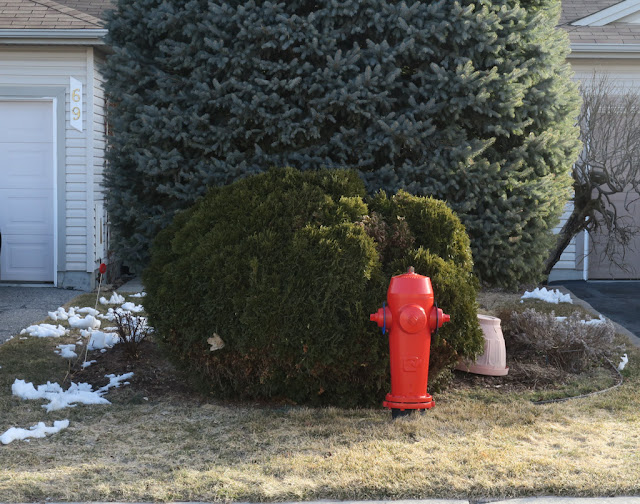 But very little remained in the nearby park, except under this tree on the north side. 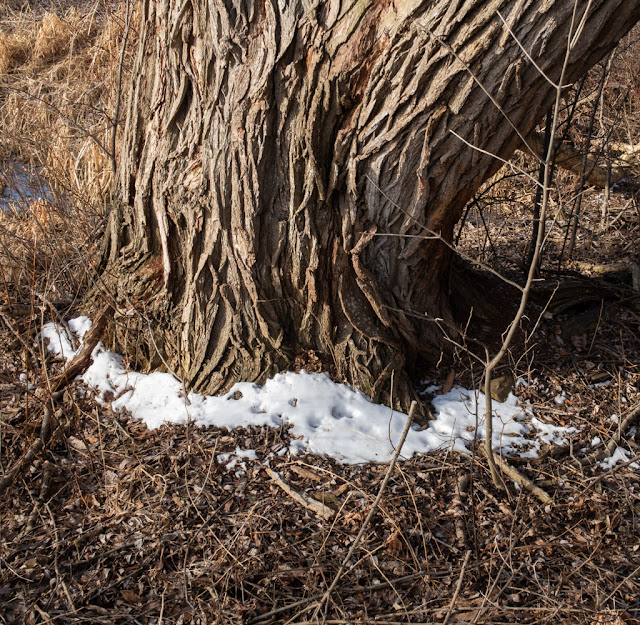 In general, the park was snowless but bleak. 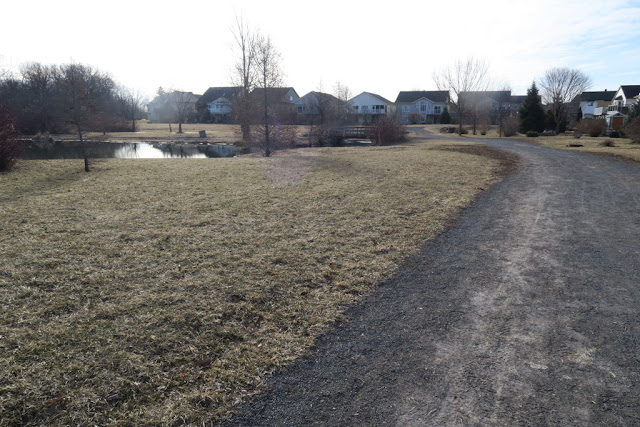 But there was some bird life by the drainage pond. 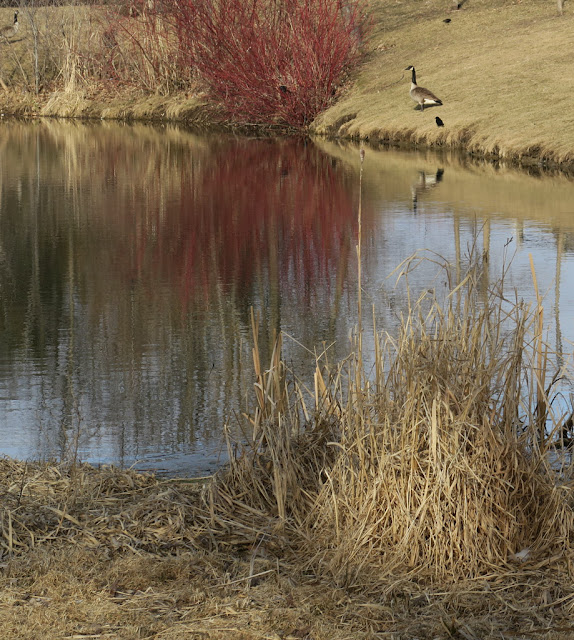 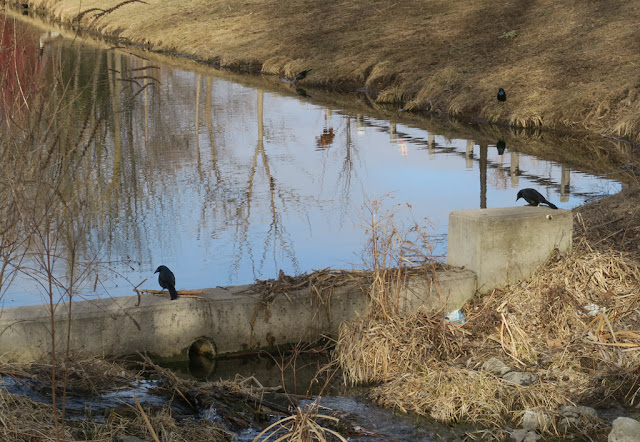 We had ferocious winds last week, and these people lost part of their fence. Some houses have lost siding or shingles. Fortunately, we only lost one shingle. 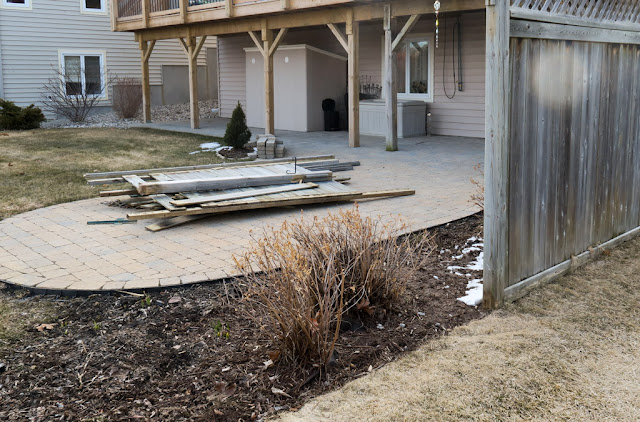 I look at the forecast and see that we might get more snow today with a maximum temperature of 6C/43F (it's Tuesday as I write this) and a nighttime temperature that drops below freezing. In fact, those kinds of temperatures are projected to persist until a week from Saturday, and even then we won't exactly be experiencing a heat wave. We might also get more snow on this coming weekend and early next week too. Sigh.
Posted by Anvilcloud at 7:00 am

You are describing our weather now, AC. Sigh indeed, though we are out and about, exploring and taking photos. First picnic is today while there isn’t any wind.

This is so unlike your usual uplifting photos but it seems to be the same everywhere. The "real" spring can't get here soon enough for me !

A pervasive, universal pattern, it seems. My furnace is running, it's raining and we have a high wind advisory for the day. In retribution, I refuse to wear a coat.

WE are now getting the warm winds from the Gulf and temps into the 70's and maybe break 80F!! Where did spring go??

Lovely photos . Yes this spring has been a topsy turby one for sure , whilst the north of us gets snow and freezing rain with cold temps for today and over this coming weekend we down here are getting rain with sunny periods and mild temps it was 16C here today even the winds are feeling warmer we don't have any snow at all left . Hope this upcoming ice storm they are predicting to hit over the weekend in the north isn't to nasty . Thanks for sharing , Have a good weekend !

A very slow spring here in S Ontario too, wind, rain, snow flurries, and ice pellets predicted for the weekend. I am so tired of wearing my grubby winter coat! No sign of daffodils or tulips yet, but my brave little rhubarb has raised one shoot above the frozen ground.

The goldfinches are more yellow today.
The wood ducks are back.
The bulbs are growing, too
It. Is. Spring!!! :-)