More of Those Floody Photos

Waters continue to be high hereabouts, with a geezer who has lived on the river for 42 years telling me that it's the highest during that whole time. Docks and debris are being washed downstream from the lake. Although we continue to get our share of rain, I am told that the system remains well under control.

First, a few more from the flooded woodland path that I showed last week, the initial picture being peanut shells adjacent to a property that feeds the birds. 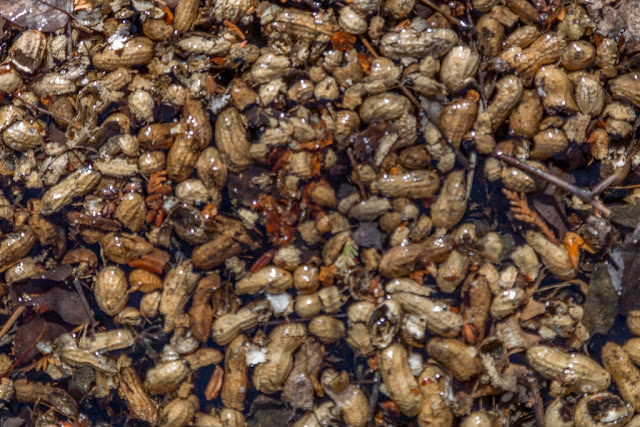 Now, for some of flooded parkland, the first being JJ and friends in our neighbourhood park. The second is a throw-in of a feisty looking robin in the same park. 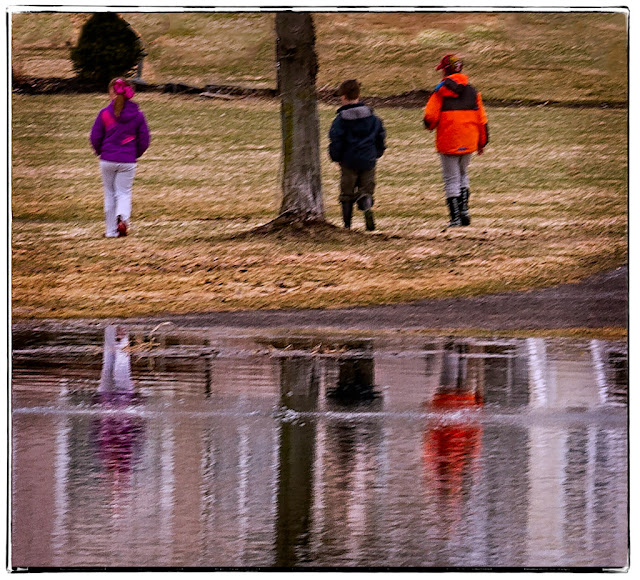 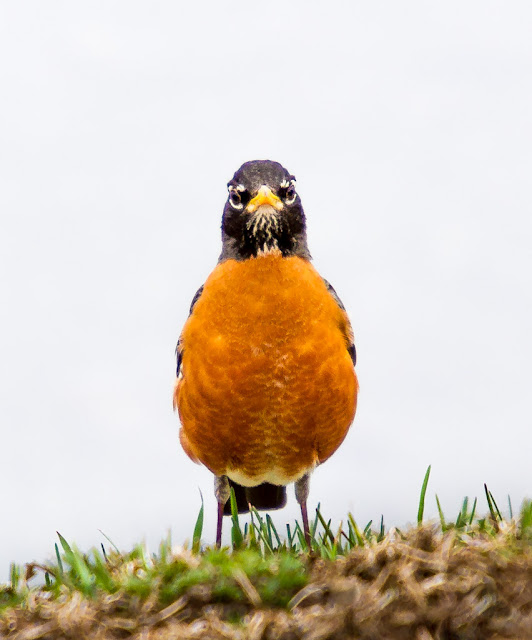 The rest are from the town's main park by the river. Sue and I sometimes take a coffee and sit in the parking lot by the boat ramp when the weather is too cool or rainy to sit outside. While we have often seen it somewhat flooded in spring, we have never seen it like this. 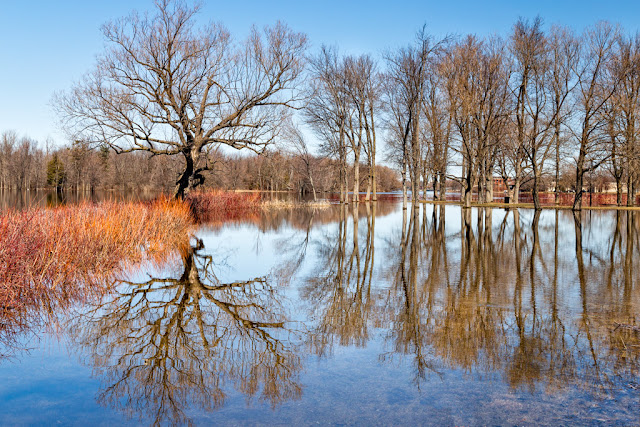 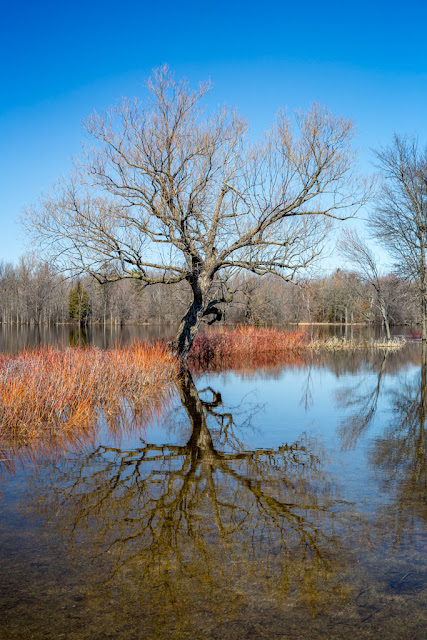 It is so flooded that a canoe was able to paddle where there is normally dry land. 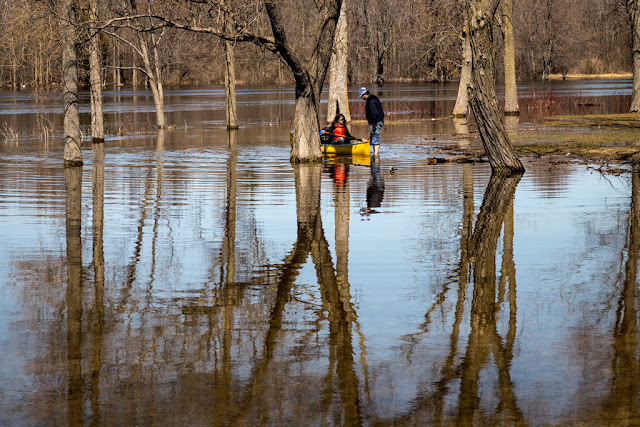 Then they paddled away upriver, but even here they were over the usual dry bank. The second photo is just a crop of the first. 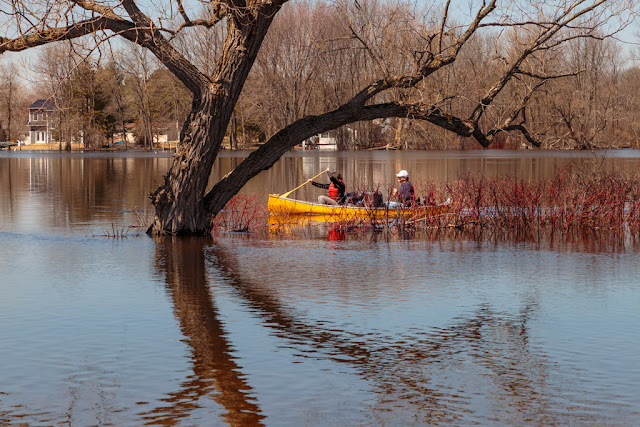 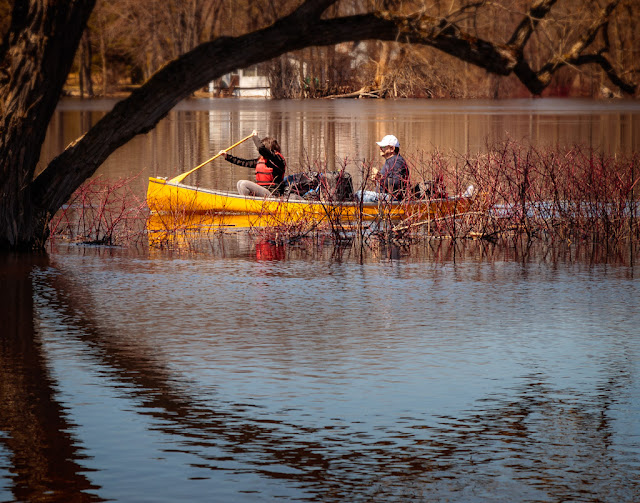 The flooding has made early spring photos are little more interesting than usual because, as you can see, the branches are still pretty stark and bare.

Good stuff. Yes, no early greens. I like these shots a lot...especially the robin. :)

Totally awesome photos! I especially love the ripples in the caramel waters.

Hope you were in your rubber boots! As commented ... great reflections. Love the robin

Beautiful shots though the robin looks like something from one of those Japanese monster movies....

It's quite a surprise, isn't it?! We have lots of those peanut shells about!