This does go on and on, doesn't it? This is the sixth day of Sue's Excellent Birthday Week, but it is also The Official Birthday. Events and celebrations reached a new height of busyness, and we will require multiple posts to begin to cover it.

Like many of the other days, Saturday had to be engineered with care if the final surprise was to occur as planned. We needed to get Sue out of our house, so we planned a big breakfast at Shauna's place.

Only the grandkids were up and about when we arrived, so I unveiled two little surprises that I had stored at Shauna's. Since it was now the actual day of her birthday, I presented her with a birthday banner. 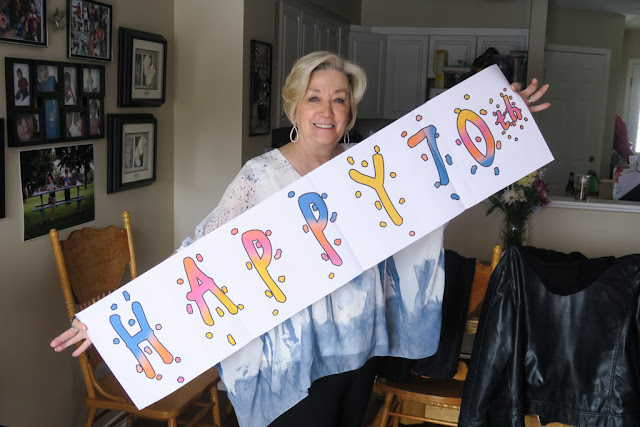 And I also had a poster ready of some things that were going on 70 years ago. 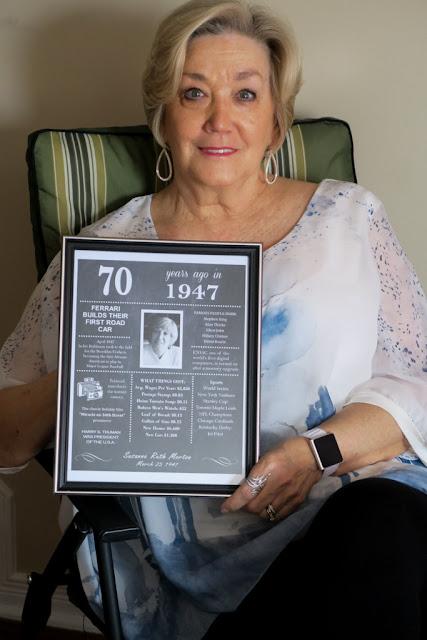 I admit it; I stole it from Pinterest and inserted Sue's picture and name. 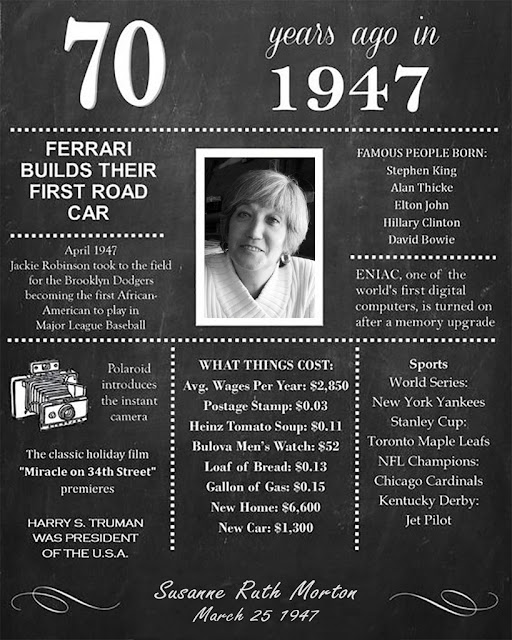 The daughters finally made their way downstairs, and breakfast preps were begun. 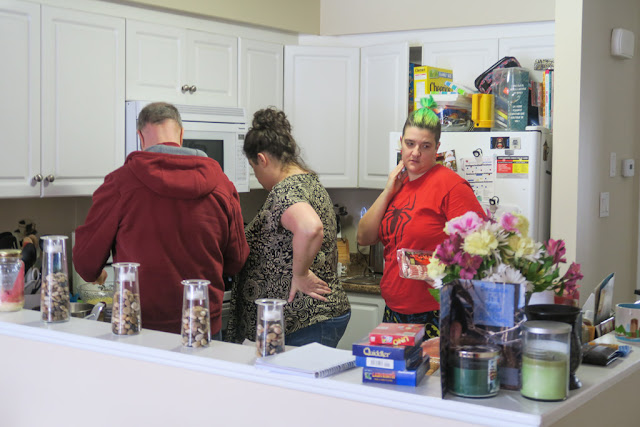 And it came to pass that in the fullness of time, breakfast was served and consumed. 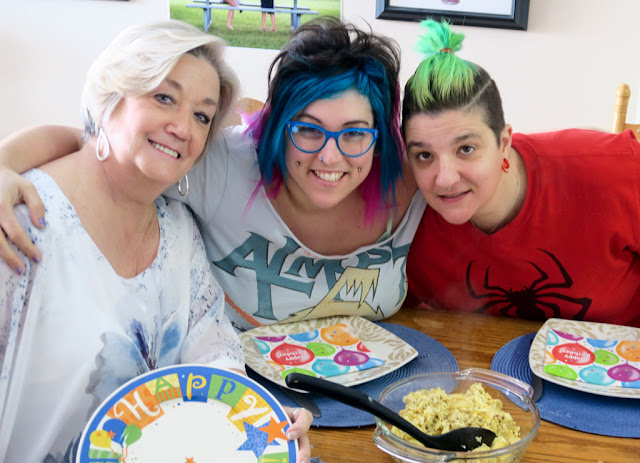 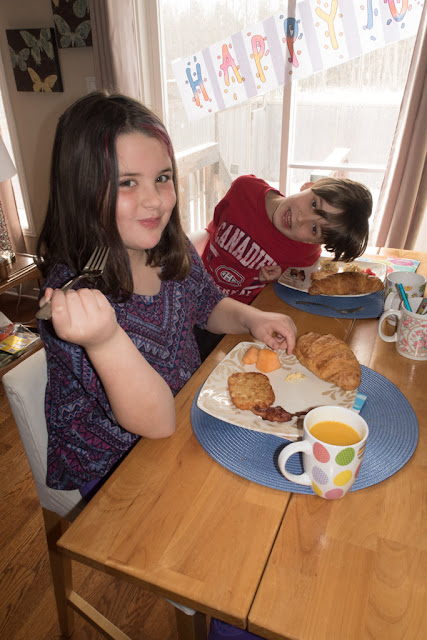 As we had some time to kill while we waited for the next surprise of the day, a gift was opened ... 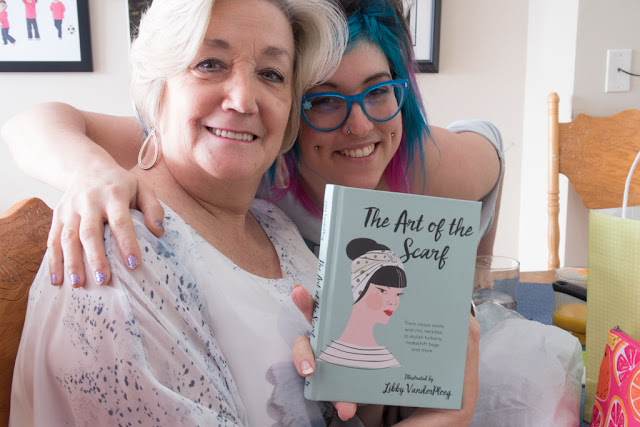 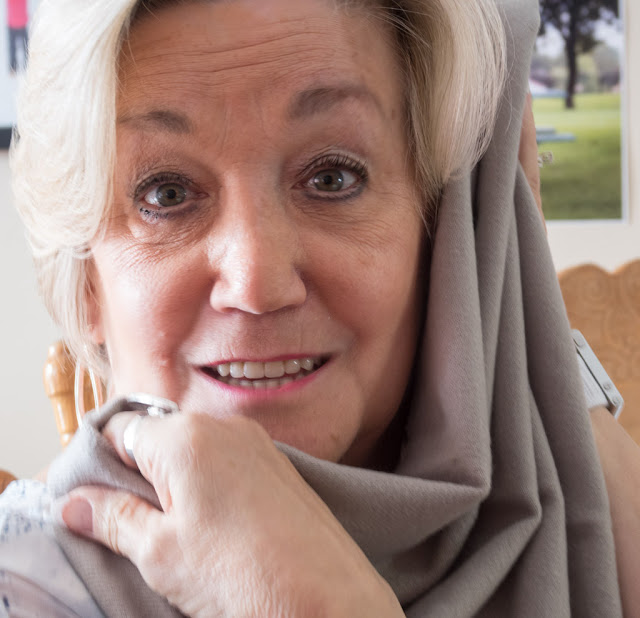 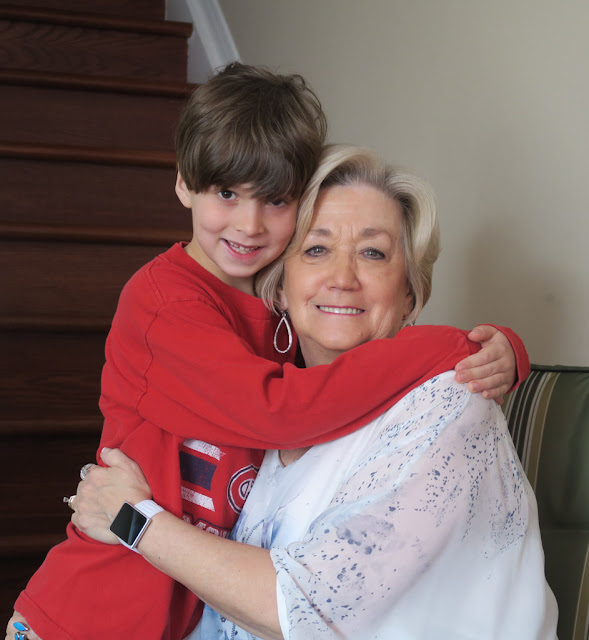 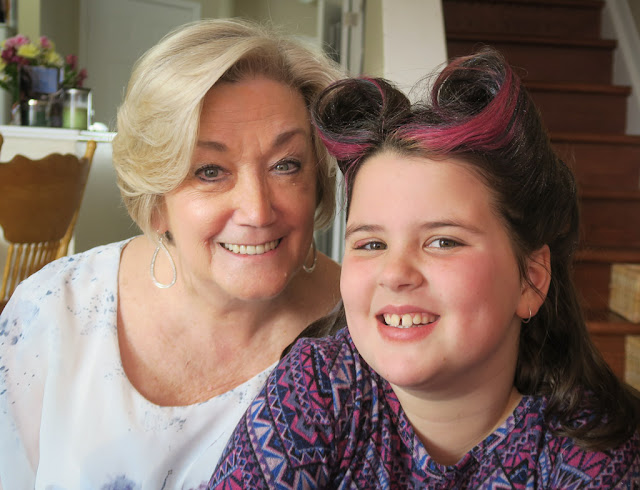 But what was to come next?

Posted by Anvilcloud at 2:00 pm

What a week of fun!

Since having been absent for a while, I didn't see any of those posts. What a lovely week for Sue and of course a very very happy birthday (and by the looks of it, she is having the time of her life).
Loved the little surprise video. It's always nice to see family when they are not expected.

The other news about Bella or Mrs Arbuttle (that's not right, is it?). What a lovely puss she seems to be, but indeed, very very fat. I bet she will be a lot slimmer before long.