JJ Goes to School:On the Bus

After family pictures, it was time for all five of us to head across the street to the bus stop. Quite a crowd had gathered, including some other extra adults who were also sending their boy off for the first day. 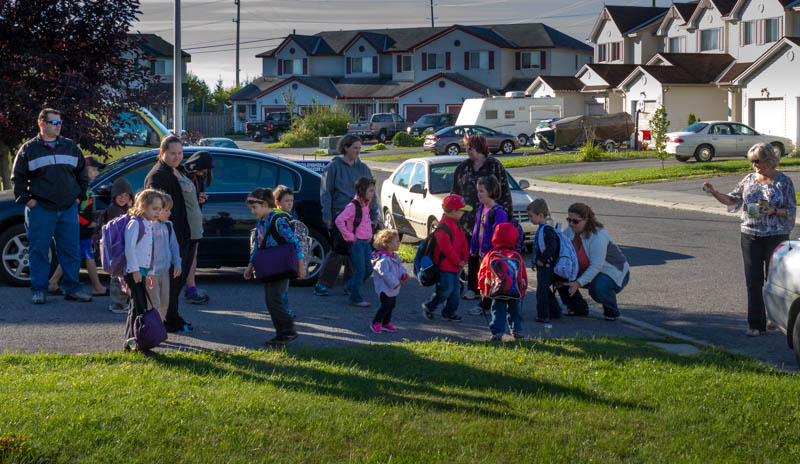 JJ received much special attention, especially from sister who was more worried for him than he was. Her recess and lunch would be in a different yard, so she wouldn't be there to help him. And what if he got on the wrong bus after school? It does happen. 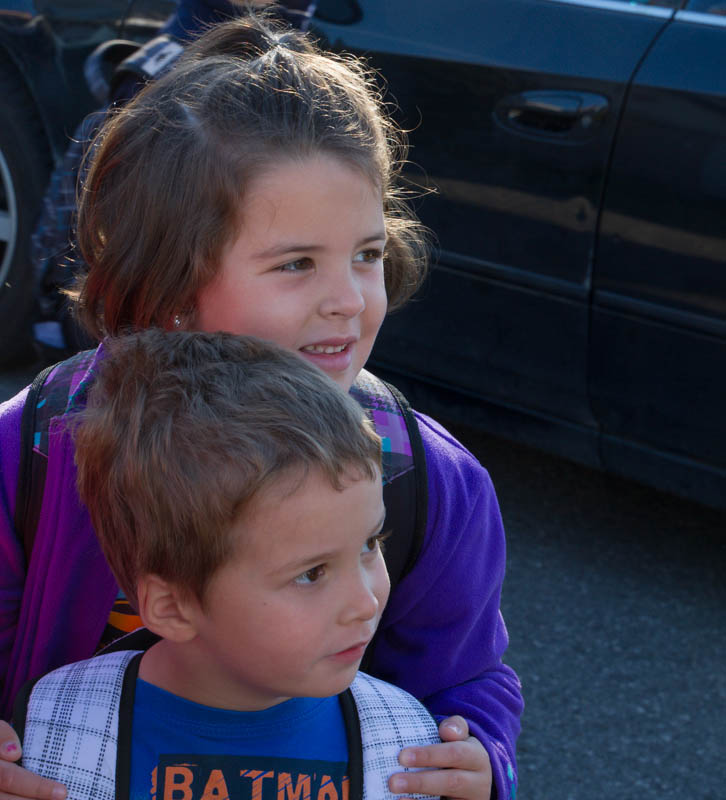 A blurry grandmother was also quite solicitous. 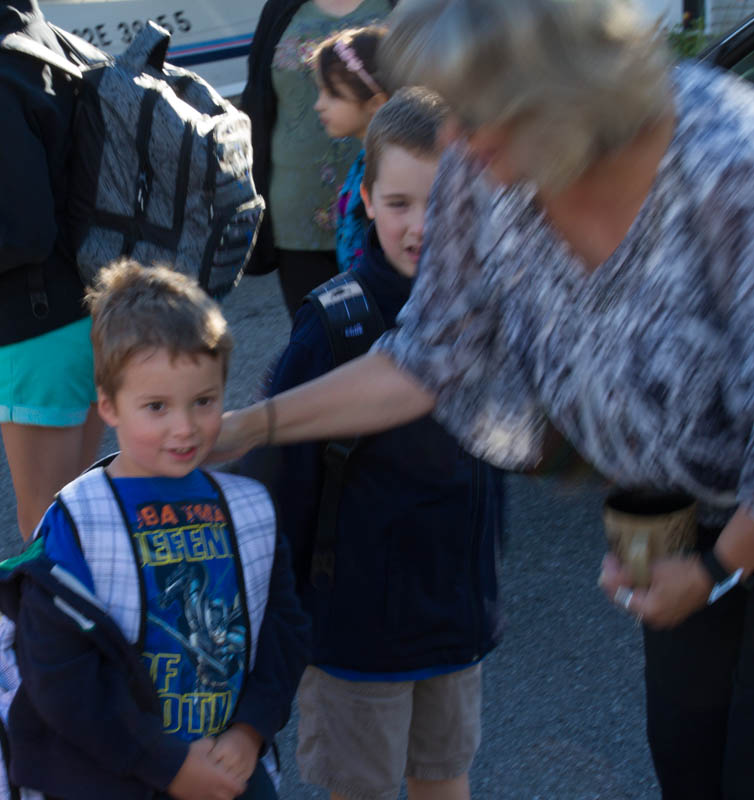 But, the boy was fine. 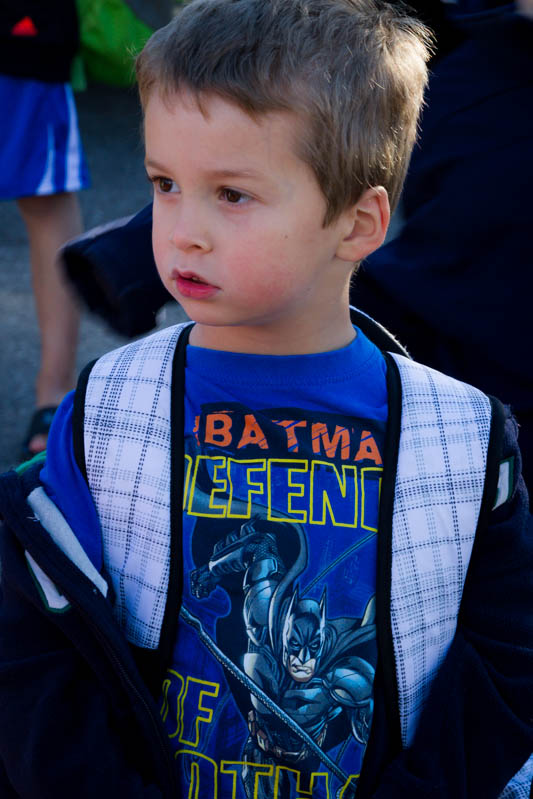 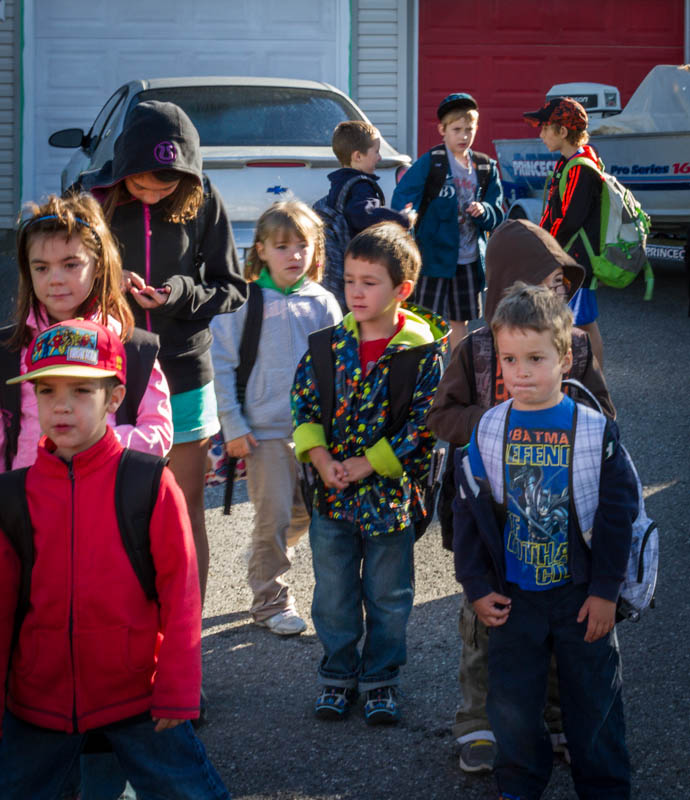 Soon it was time for the line to form. 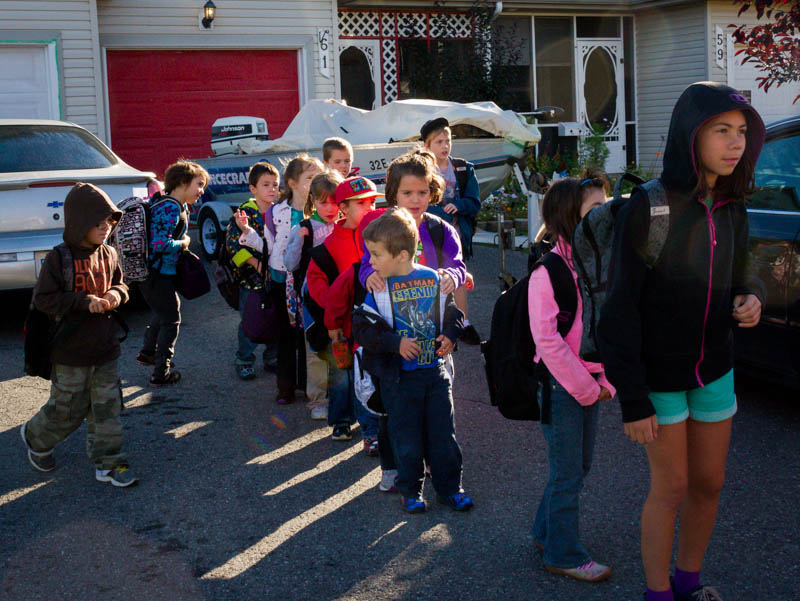 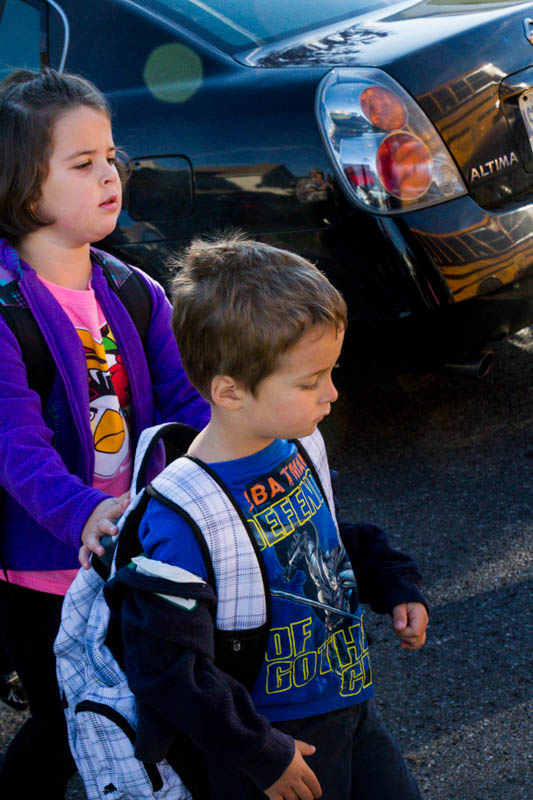 Climbing the stairs to a fine education. 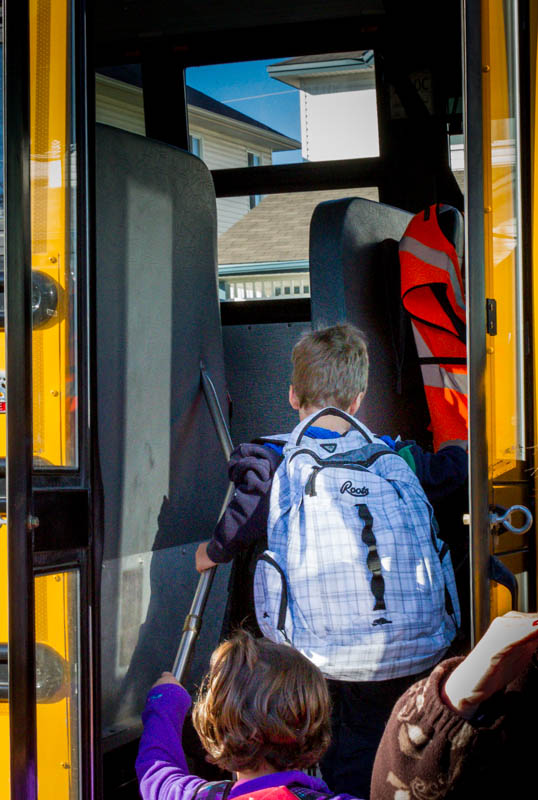 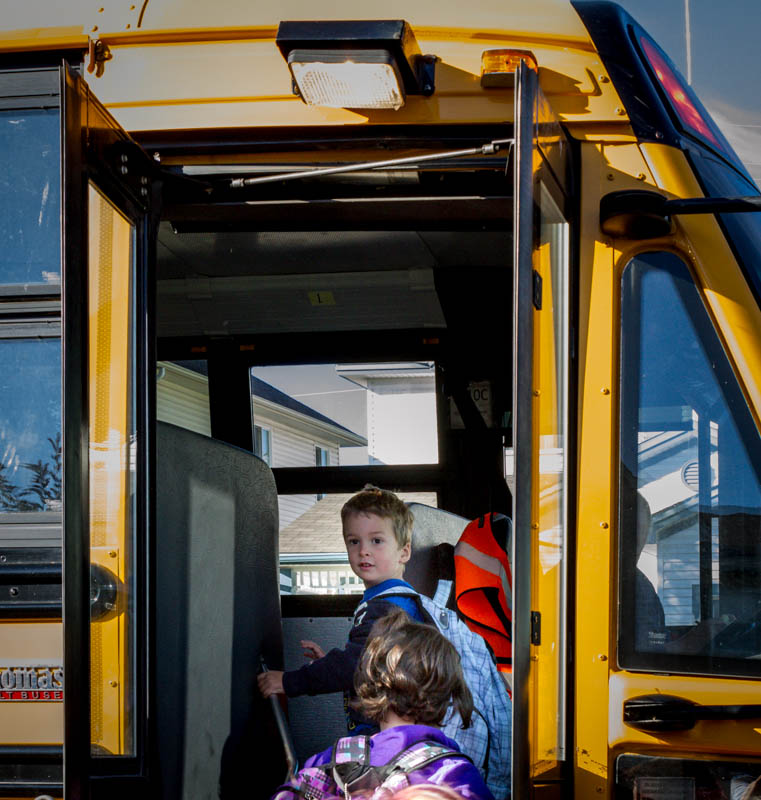 The adults lingered for a few minutes. Sunglasses may have helped some to hide a tear or two, but that wouldn't be anyone that I know. 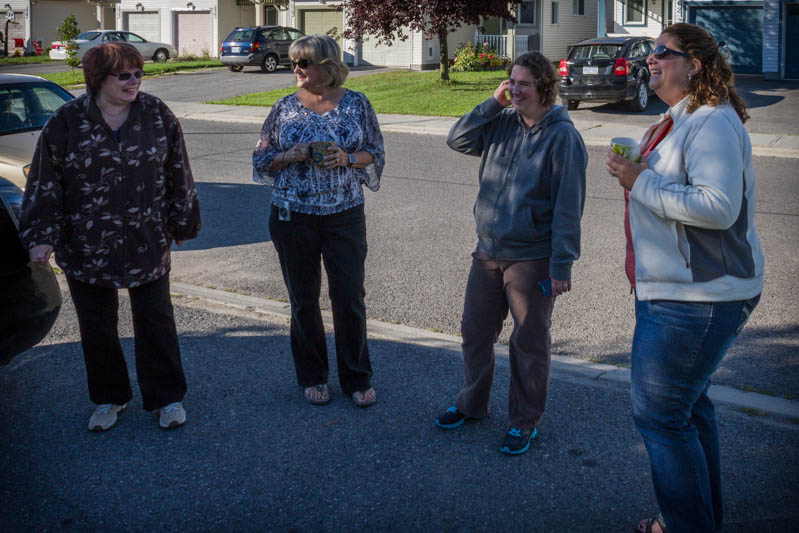 Sue was doping a happy dance though. 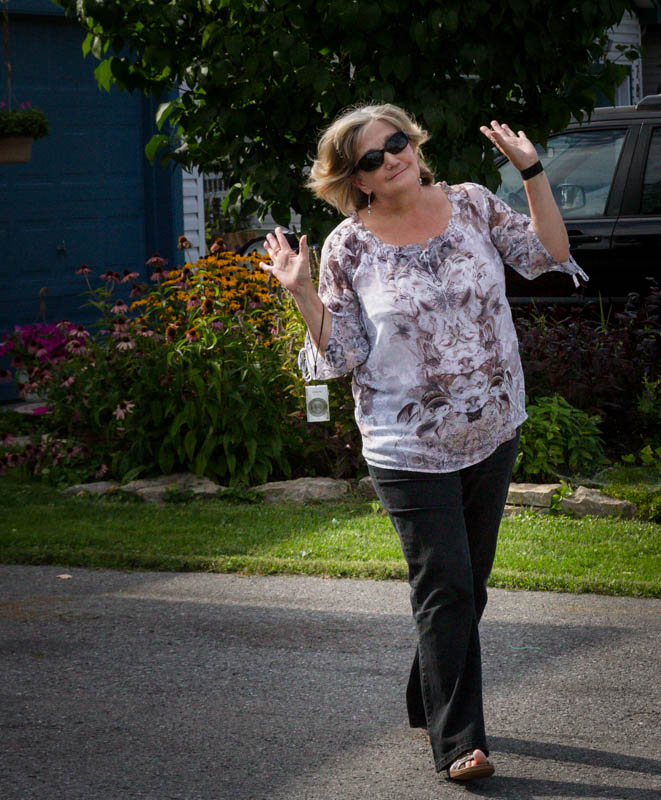 Posted by Anvilcloud at 9:45 am

A rite of passage, eh? I find the big sister concern most touching (and very reminiscent for me...an older sister myself).
So sweet to watch these kiddos grow up.
And I am just hoping that by the time our 8 month old granddaughter is ready for school that she and her parents will actually live on this side of the ocean.

Danica has such a sweet expression while she's hovering.

I do love that JJ has Danica's big sister and experienced student help! But it does seem like JJ is really quite proud of his new status as a school boy. Love all of it!

Love the photo of Sue at the end! :-)
-Kathy trejo