Is it just me, or is there something inherently heart warming about a small town parade, particularly a Santa Claus parade? In the big cities it's all about the dazzling spectacle, and there's nothing at all wrong with that. In the towns, however, it seems to be about spirit and joy, and there's just about everything right about that.

I posted photos of Nikki Dee at the parade several days ago, but I thought I'd now show you some pictures of the parade itself.

There were critters: a cow, dogs, horses, and goats (if I recall). Here is one of the dogs and one of the horses. 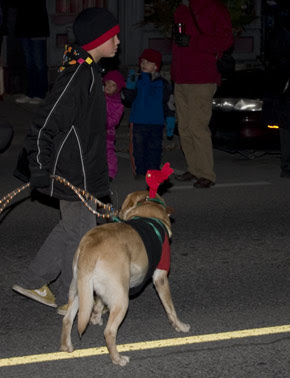 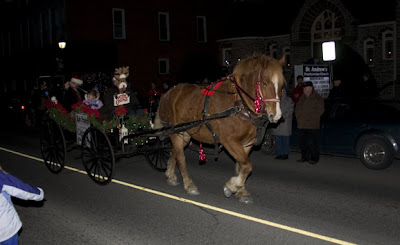 There were no really big bands. Our two high school bands went by on floats ...

... and there were two small highland bands. (There are many Scottish and Irish roots in this area.) 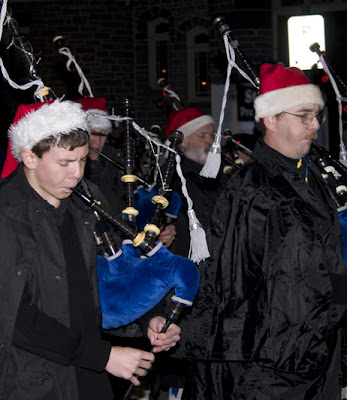 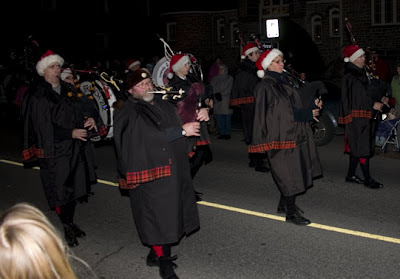 There were no American-style marching bands to speak of. For whatever reason, we don't do marching bands in schools up here. Some communities do sponsor Drum and Bugle Corps, but this form of musical expression simply isn't as prevalent here. When we lived in Sarnia, a border community, two or three big high school bands from Michigan would make the effort to play in our Santa parade, and we'd always be impressed. 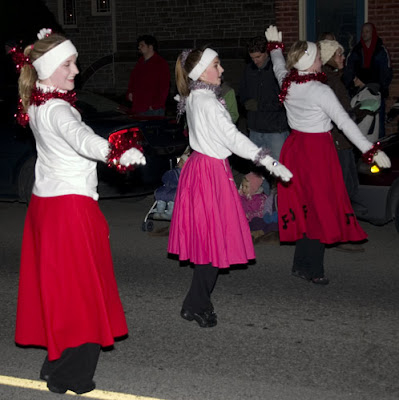 Most floats, and I used the term lightly, were pulled by trucks, tractors ... 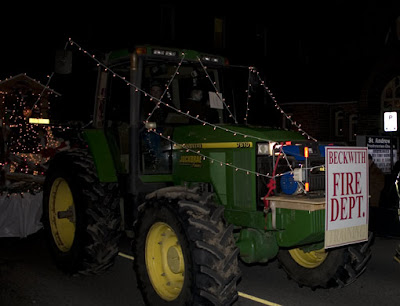 ... or even buses (although the bus itself was the float in this case). 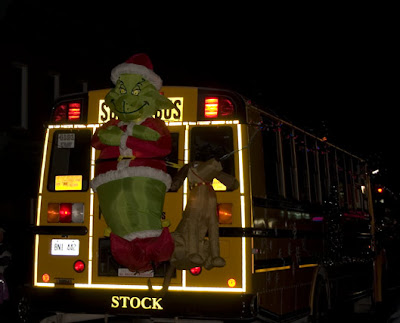 Even the genuine floats were pretty rudimentary. 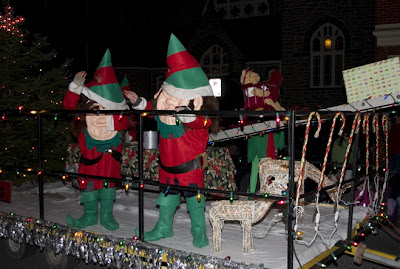 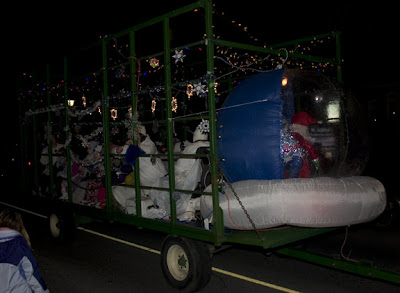 But there was spirit, camaraderie and joy. Everybody and their dog enjoyed it ... 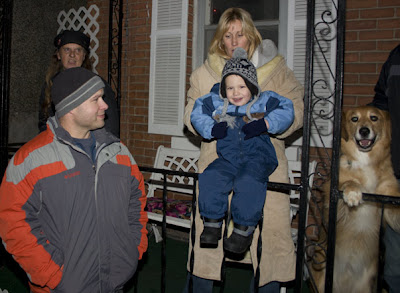 So did Nikki Dee. 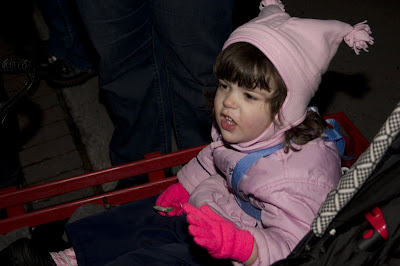 I love and miss the small town parades. And you are right about their spirit, they are much more personal and meaningful.

It looks very dark out. What time was the parade, or were the Autumn skies just particularity cloudy that afternoon?

I think it has to do with the Spirit of the people...in a group, the smiles...laughter...It brings us together...I love it!hughgus

PS-Ooops! Sorry! I tried to get your music to play but...no luck!!

AC: I am very impressed with the new festive look of your blog. You are becoming a pro at this.
Loved the small town parade and all.

We used to have a really, really small town parade.

You know it is small when there are more people in the parade than those watching.

I want to make an official complaint, NOBODY took their cats!!!!!

Why are cats left at home???

Thanks, this is a lovely parade. Small town parades are more personal,