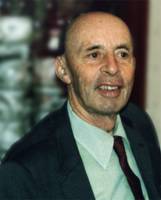 As the biking season fades into memory, we resume our old habit of going for a walk in the evening. We just walk around the neighbourhood for about twenty minutes or so. This can't, by any stretch of reasoning, replace the benefit of a two-hour bike ride, but, sometimes, it has to do.

There are days when we shake ourselves into action earlier. In the afternoon, we might drive to a local park where we can walk in the woods, through a meadow, and around a little lake. On other days we'll tromp around the wetlands or just walk along the trail on which we bike in fair weather.

Walking is infinitely superior to doing nothing but vastly inferior to a long bike ride. In winter, however, you do what you can.

It's in the nighttime, neighbourhood walks that I sometimes lose my bearings. The looping suburban streets all look about the same to me, and, what passes for my mind, loses itself in some reverie or another. When I snap back to attention, it often takes me a few beats to realize where I am. Not to fear: it always comes back to me.

When this happens, however, I invariably think of my poor father who loved to walk. Well into his eighties, he was known to walk regularly and at some length — until he fell one day. I'm sure that he got lost, became fatigued, and collapsed from exhaustion.

Dad was suffering from dementia. He was crafty enough to know that all was not right, and he covered his condition as best as he could, but his mind was, quite obviously, slipping into a fog. As much as he might try, he could not conceal this. He would forget people, events, and places where he had lived.

So, I am sure that, on the day of his fall, he simply lost his bearings and walked in confusion until his weary, old legs could support him no more. How frighteningly bewildering it must have been for him! I think of how he must have felt on that day every time that I, temporarily, lose my place when I am out waking.

Although he lived for another year or longer, he never went out for another walk, at least not on his own Whatever memories were lost to him, somehow, the terror of that day and that fall remained imprinted on his brain. Even as his mind slipped deeper into the mists, he somehow knew that he mustn't head out on is own — ever! It still astounds me.

It also astounds me that he never forgot me: knew who I was until he slipped into unconsciousness on the eve of his departure from these shores. He thought he was forty-five, didn't know whether it was day or night, summer or winter, this town or that town, but he never forgot his son.

It must hurt children badly when their parents do forget then, and we know that this happens all too frequently. I am grateful that I was spared that particular loss which must surely be like a death within life.

I will continue to think of Dad whenever I catch myself unaware on these almost nightly neighbourhood walks. I will think of his fear and commiserate. I count my blessings: that he lived long and that he always knew me, but I tremble slightly at what the future holds for the son who carries his Dad's genes.

Yes, you were blessed.