Green or White? We'll know in a few days.

The table below reveals that there have been five Green Christmases in the past 25 years: two since we arrived here in 2005.

2015 was definitely Green; we even took the kids to the park as a bit of a lark.

I'm not sure that I would call 2006 Green, however, as my memory tells me that at least snowed to some degree during the day. But it did fit the definition because there were fewer than 2cm (approx 1in) on the ground at 7AM. I think I recall the rest of the winter becoming very wintry indeed.

I found some proof of Christmas Day snow that year because I took this photo of our backyard on the day after. 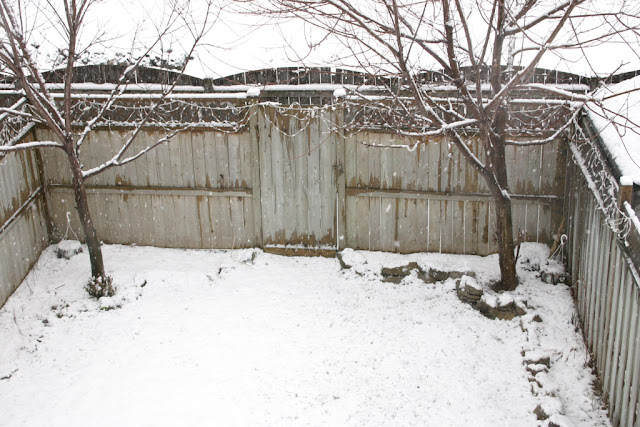 Looking through old photos, I was also reminded that the Holiday Train stopped here in 2006. Little did we know that was to be the final year as the local track fell into disuse and was later removed. (I am also very pleased to report that it was the last Christmas sans grandchildren.)

The lighted train would pull into the town and open its doors for a short musical performance and a visit from Santa. It was quite delightful. It still rolls through Canada and even stops at some nearby towns. 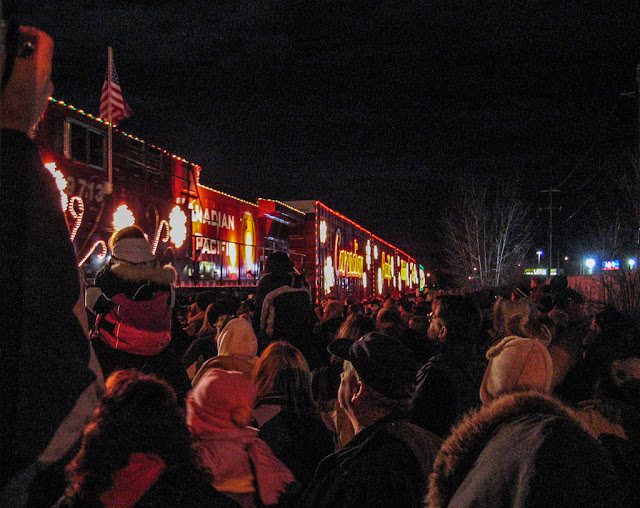 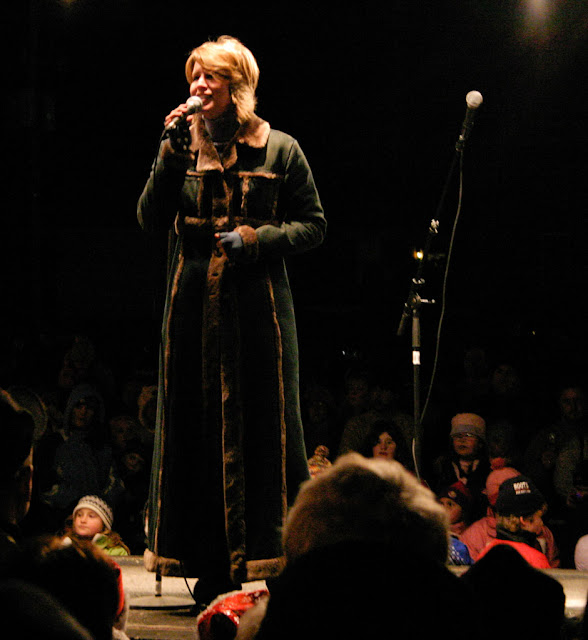 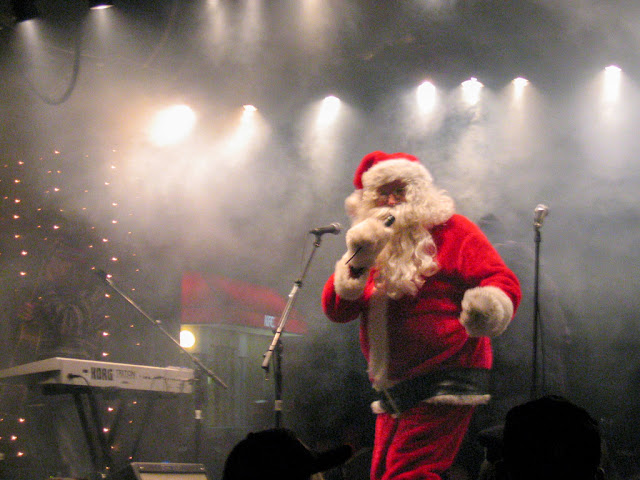 Posted by Anvilcloud at 6:54 am

It’s 11 degrees here today with rain. We had lots of snow prior to this weather. I don’t mind a green Christmas though!

We will not have a white Christmas unless we watch some holiday films which usually have snowy scenes. The temps are far above normal today and its more early spring than winter. Too bad about the holiday parade going by the wayside, as you had some great shots from previous days.

Well, I hope you will have a lovely white Christmas. As long as you don't have to be anywhere in any case.

I don't think we are going to have a white one either. And from here I would have to travel a lot further to see snow too! Norway wasn't all bad...

I take a chance and vote on white.
I vote for the train too. Sorry they took the tracks out.

The lighted train was quite a delight!

The snowpack in the city took quite a hit with the rain yesterday, but it switched over to snow sometime overnight, and things are white again.

I only remember one white Christmas here in Glasgow. It was fabulous.

We are supposed to be getting a harsh winter here, but have not seen that yet. That is a lovely tradition, a lighted tree and music. What fun!

I thought they ALWAYS had white christmases in Canada. I'm disappointed to learn otherwise, illusions well and truly shattered here :)

I'm so glad we DIDN't have a green one.
Where did you find the table?!