I posted a flooded tree photo two days ago, but I took a few more photos while at the park that evening. I am titling this post Outtakes because I was disappointed with these attempts at first, but on second sight they seem at least acceptable.

This is one of the wonderful willow trees along the bank where we like to sit in summer. You will notice that the bench is still in the water at this point. 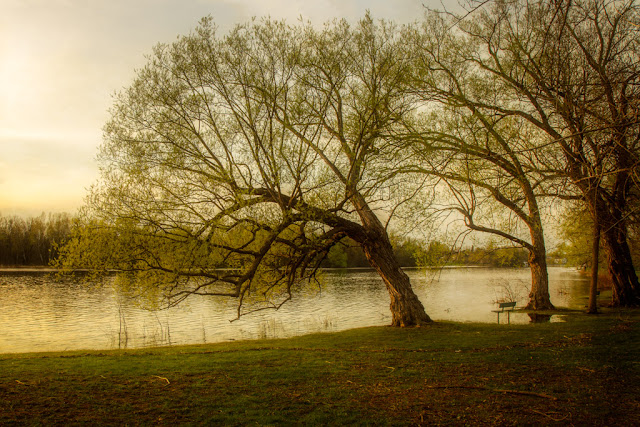 Further toward the west/south end, I liked the path winding its way through the scene. 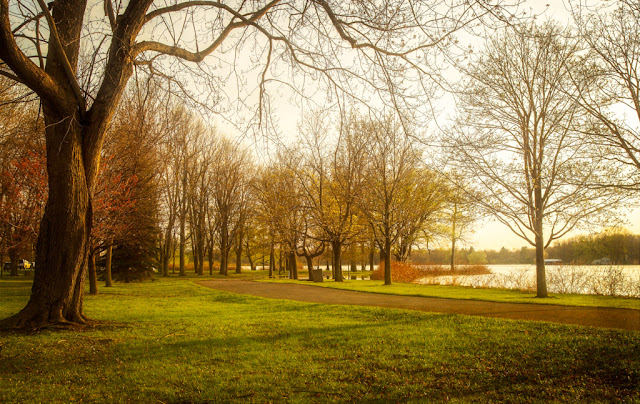 I liked the backlight on the buds in this shot. I really should have had my longer lens on the camera, but it was back in the car. I opted to give it a bit of an impressionistic effect, which is probably too grand a word for my meagre talents or lack of same. It applies mostly to the background in this case. 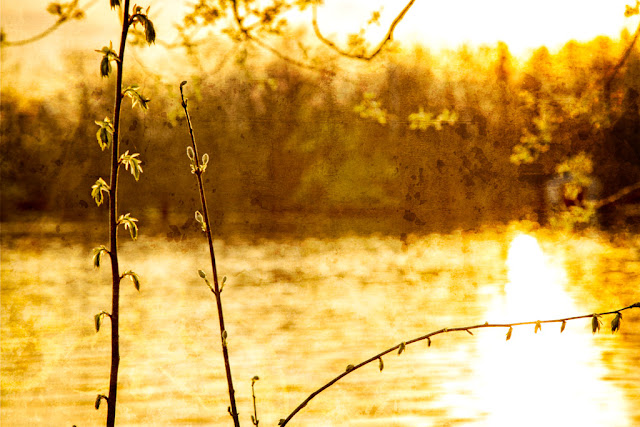 Love the light that evening!

All good shots. I like them all. Have a blessed Sunday!

Very nice, but summer will be better!

These are all worthy of framing. The play of light is spectacular.

Yes, the top two look very Victorian...or perhaps Edwardian. They have a certain timeless charm. Yes, also, this year we ate out a day early too. The restaurant was in chaos because of a menu change. We had fun anyway.

Will the WILLOW tree recover? :(