Breakfast for the Mother of my Children

For Mother's Day, we go out for breakfast. But after one experience of going out on the actual Sunday many years ago, we reverted to doing it a few days before Mother's Day. Being so close to the day, it still feels like a proper celebration but without the crowds.

Our favourite breakfast place in our town closed up over a year ago, so this time we decided to head into the city to a place we had heard good things about. Cora's specializes in breakfast; as far as I know they don't do anything else.

We took a rural route into town, at least as far as we could, more or less the blue arrows on the map. It was a nice, sunny day, and we enjoyed the trip. 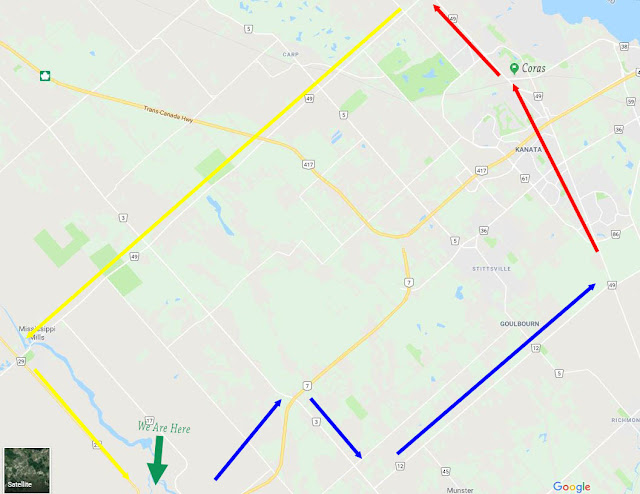 But then we were in the city on the red arrows where the traffic was thick and fast, and there was also a spot of construction. This I did not enjoy.

But we made it. 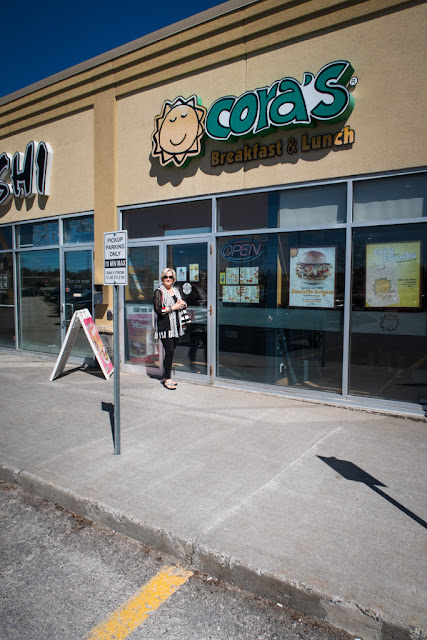 We leafed through their prodigious menu and then waited for a reasonable length of time. But I had good sight lines in the meantime. 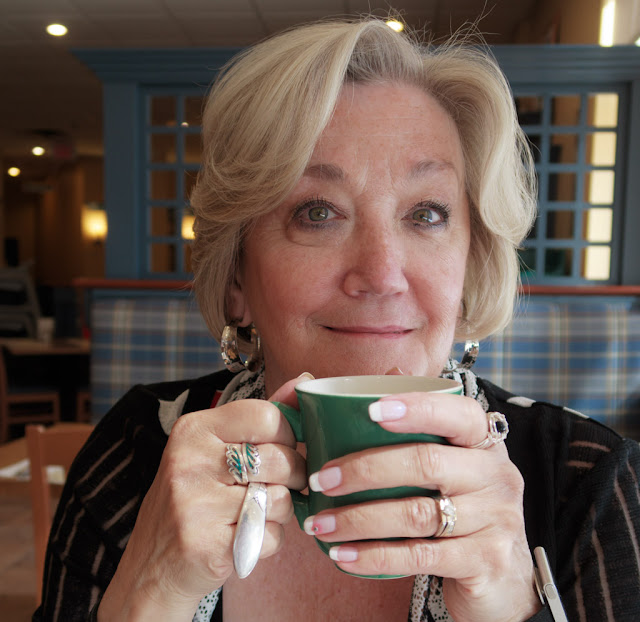 Some of the restaurant. 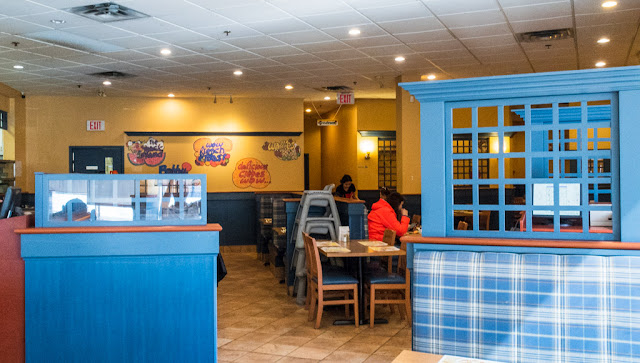 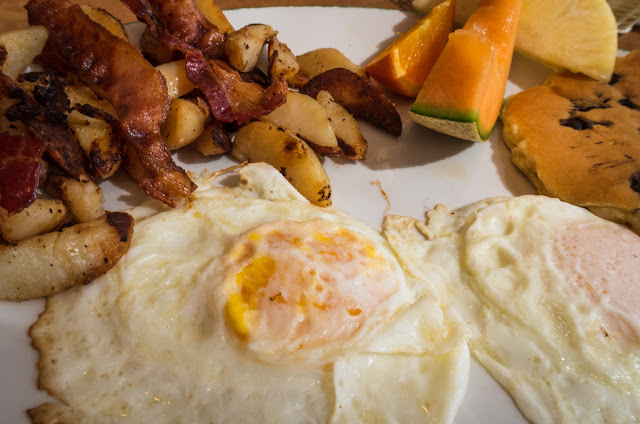 And it probably would have been good had it been hot. Instead, it was just moderately warm. Very moderately. The pancakes were the coolest of the lot, so the server had them reheated, but I don't think their microwave was in good working order.

So, we kind of scarfed our food, trying to consume it before it became completely too cold. Even doing that, Sue didn't quite make it and had to leave some. Pity.

What with tax and tip, the bill was >$40. It wasn't worth it. If we were living closer, we might be induced to try again sometime, but it's too big of a trip to experiment and then be disappointed.

The trip home was nice enough, at least once we got through that second red arrow. On the yellow, we were back in the country and enjoying ourselves. We did have a close call when a deer ran across right in front of us, but I was able to brake enough to miss the dear deer by about a foot or maybe a yard. It was close anyway: too close.

As you can see we had made a circle in effect and were back home after about 40km/25mi each way: 80km/50mi total. Back in town, we did drive to the park to try out the fare from the new ice cream truck, but that day was cold and windy, and it wasn't open, or at least the window slat was down.

Sometimes the look of the food is the best part.

There are Cora's restaurants near here too, I have had breakfast in the one in Markham a couple of years ago but haven't been back. Quite expensive and rather crowded, slow service. But lots of fruit on the plate along with the breakfasty stuff.

What a fabulous breakfast to be served cold! How disappointing. In my mind's eye I can see it steaming. How could they go so wrong?

wow, the joint was almost empty and that was the best they could do, at that price? I'd never be back, and I'd give Yelp a review. Sorry...

The only thing that should be cold at breakfast is the cereal and the orange juice. Everything else should be hot!

That's a good idea to go out early. We've been to a Cora's, kids eating pancakes off the floor and playing there. Sigh.