The Joy and Unjoy of Early Risings

One of the unjoys of my older life is my proclivity to awaken early. Twice in the past week, I have awaken ~4ish, and after hoping against hope to fall back asleep, I gave up the battle in both instances.

The good part of that is that it is before sunrise, and if I get my mojo going, I can get out for a few photos. These were taken on a trail just around a few corners from our place. Ideally, you want to be out before the sun comes up or just as it's coming up because the light soon turns for the worst after sunrise.

The first three photos were from my first early morning, and the last two from the second morning. I like the first, third and final photos best although the first, especially, loses something in the transfer from the computer to Blogger. Well, I suppose they all do, but the first  seems to suffer most from the transition.

So yeah, some nights I don't get much more than 4 hours sleep; this is despite taking a mild sleeping pill. I sometimes leave the pill container out on the counter for a second pill in the middle of the night if I think that it's warranted. In that case, I may get 6-7 hours. The need for a second pill is fairly recent; until the last few months, a single pill usually resulted in 6 hours, give or take. 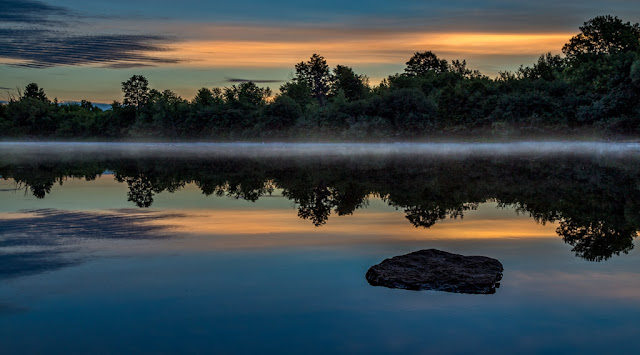 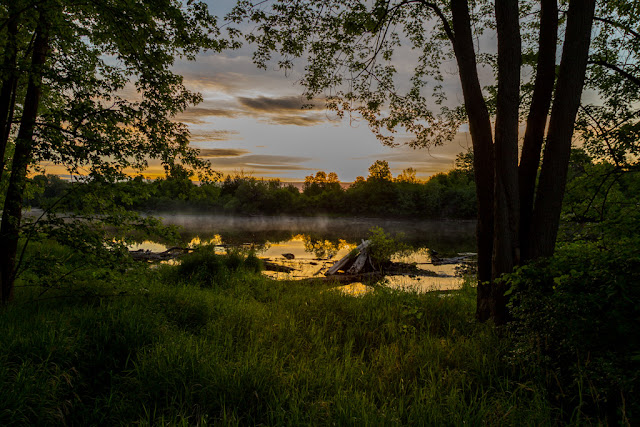 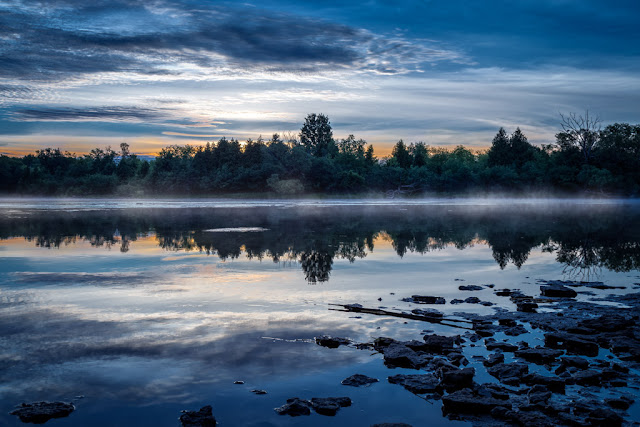 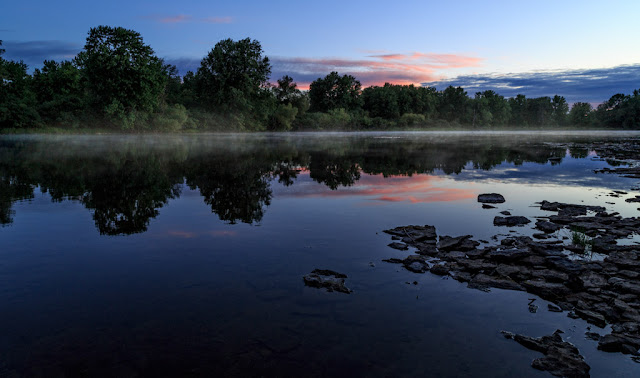 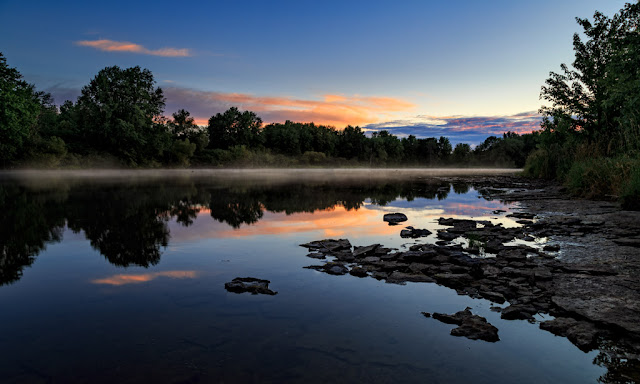 Posted by Anvilcloud at 6:30 am

Gorgeous! I love the second photo as much as the others.

There is some benefits to not sleeping, picture-wise at least.

Maybe a nap is in order.

I know whereof you speak! I usually go for a walk, too.

Hubby bought me a little boat, and if I go on a canoe ride he'll know.
I would read, but it would wake him.
I figure I'm retired, I'll sleep when I'm tired.

As soon as the weather cools a little, I will be out there. These are great.

The photos are all at or above your amazing level of skill and taste. Can't decide which I like most.
I usually wake at 5:00 am or thereabouts. But we live in a hole in the trees and it is quite a way to anywhere I can photograph a horizon. Besides, 5:00 am coffee and book, wrapped up in my blankie, also appeals.

Insomnia makes for some good shots.

Love the third photo. Beautiful colour combination, even though there isn't that much colour present.

I wish I could get up at 4am. Or 5am, but I have trouble every single morning in getting out of bed in time and off to work.

oh my goodness, i love all of those photos, esp. the first one.
I'm waking a lot during the night too, but it's the hip bothering me mostly. When I get a bit more mobile I'll be out walking in the early morning.
I asked for a sleeping pill when I was in hospital, never had one before, but never again! It gave me horrible dreams all night.

Wow. I simply could not identify a favorite.

One word----MAGICAL!!!!!
Thanks so much for sharing---I looked at these over and over. It must have been so peaceful being out there before the world around wakes up and starts making noise.

I would give up sleep (occasionally) if I knew those scenes were awaiting me. Beautiful!