JJ at the Party

JJ was a presence at Danica's birthday party — at least the one attended by us. Later, he joined us for a sleepover the night of Danica's girl party and sleepover.

There was also another guest, Dylan the basset hound, from the kids' other house. 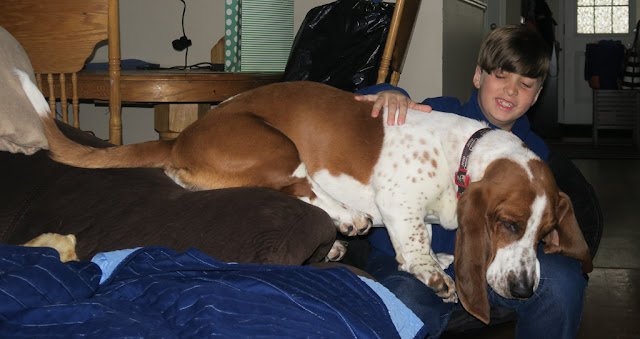 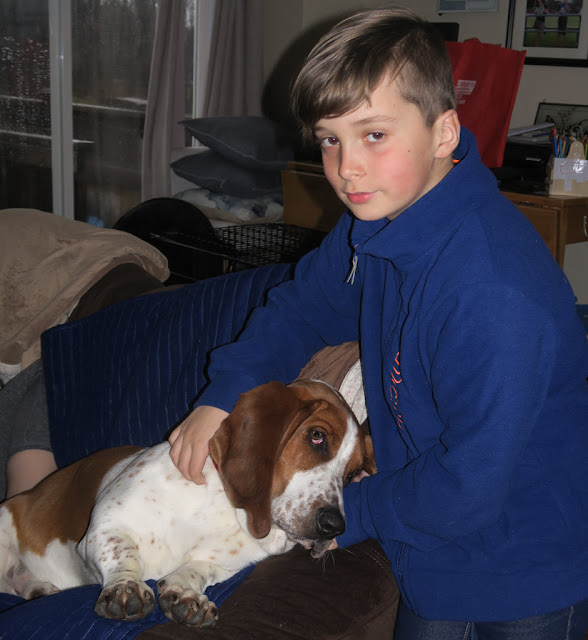 He also got to the traditional porting of the cake. 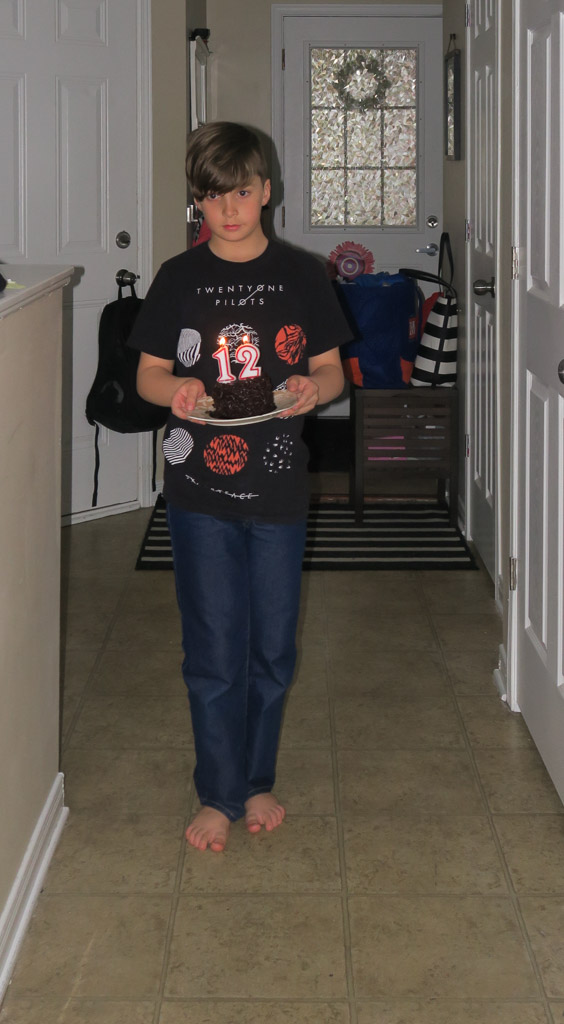 Then he did what JJ does, and climbed the wall — so to speak. 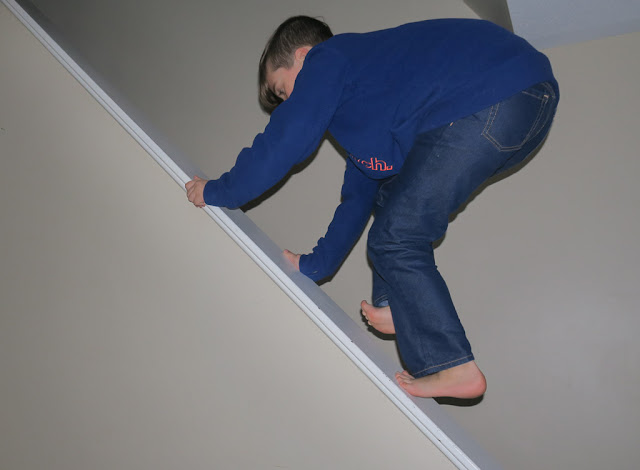 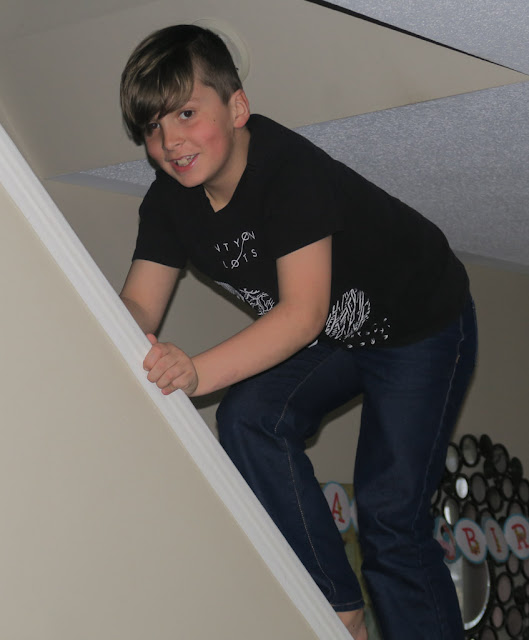 My cousins had a Basset Hound, they had to pin her ears up with a clothes peg at dinner time so her ears wouldn't fall in the food!

I'd frame the shot with the cake. Does he know there is no liquid to slosh over the edge?

I used to slide down our bannister. That looks like so much more fun. Yes, what did you do with the cat?