Somewhat as a joke, Shauna showed Sue a wonderful but difficult afghan pattern that she would like ... in her dreams as it were. This was before Christmas, sometime in early November, I guess.

Sue took up the challenge and put a lot of work into it for almost three months.

Last night, she gave the finished product to Shauna, which was sooner than she had thought it would be ready.

Maybe I will be able to persuade Sue to do a guest blog sometime about how in the world she made this masterpiece, but in the meantime, I can show you a few pictures. 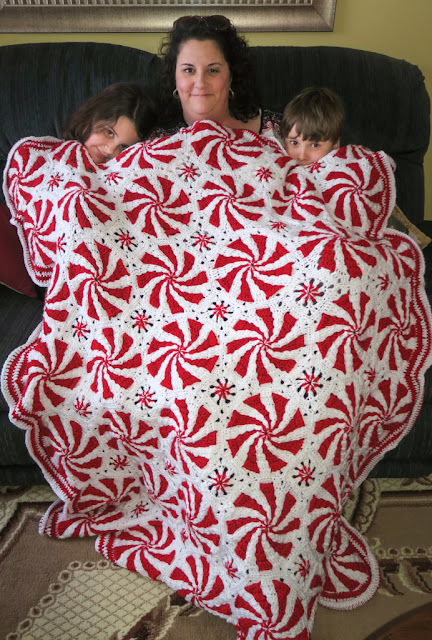 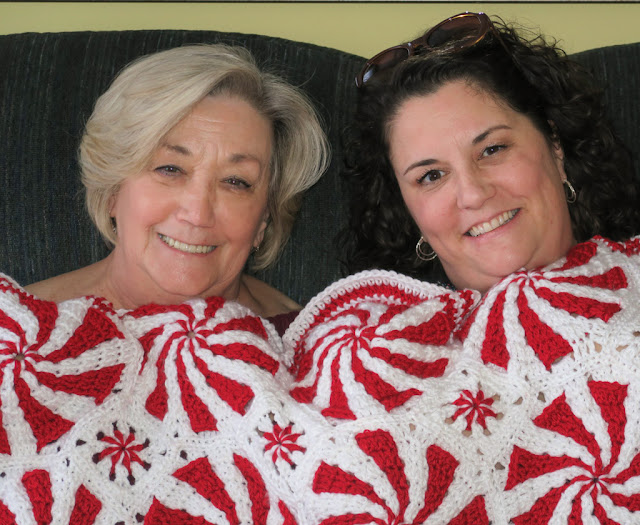 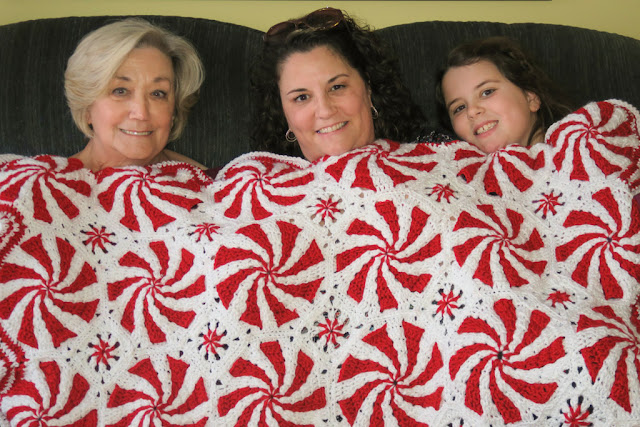 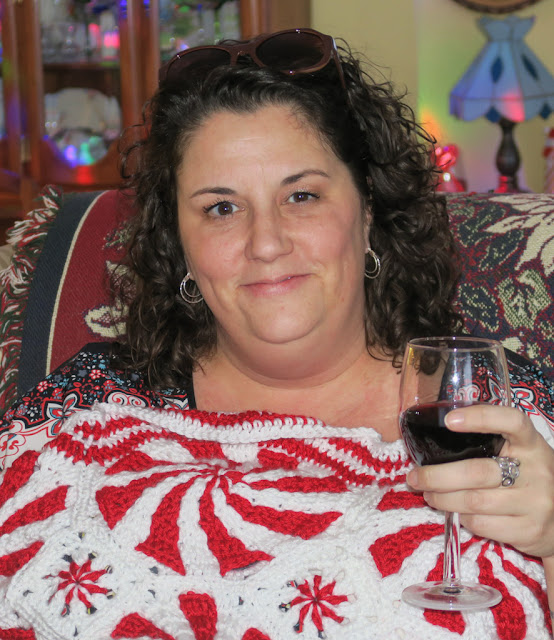 Gorgeous and not just the quilt.

Wow. That is INCREDIBLE! Love it.

That is a fantastic afghan. You can't be in a bad mood when that's thrown over you, that's for sure.

You will have to let Sue guest blog though: want to know what and how and such (and then I can maybe persuade my sister...)

What a magic afghan. Lovely family too. Glad you have the energy to be here.

Gorgeous ladies and an heirloom afghan for sure! I love the colors and design. So much work!

it is magnificent!! such a pretty pattern, she should be so proud of the finished piece!!

and i love how proud you are of her!!!

What a treasure@ The piece and your wife!

Wow---a treasure for sure! Looks quite tedious. She must very proud. It's display-worthy, for sure.

What about the three generations of stunning girls. Lovely to note the similarities---each beautiful on their own, but so wonderful to see them all together wrapped in the beautiful masterpiece.

I'm sure that quilt will make its way into many photos for many years to come.....PRICELESS :)

Sue is to be complimented and commended on undertaking such a challenge and completing it so wonderfully. Moth, daughter and granddaughter made for a good photo trio under this colorful creation.

It really is spectacular

That sure is impressive. And very beautiful. And so are the ladies underneath. Yes! I want to know the details. Please.

This is beautiful. What a lovely and thoughtful gift. Ironically, my friend that I arts and crafts just finished the identical afghan for a cousin of hers. It took her a while, but the results were beautiful, too. Great job to both of you.