It happens every year. I like winter, I really do. I look forward to snow, and the cold is fine with me too. Many don't like it or say they don't, but that's me.

However, come about mid-February, I weary of it, for once we get snow-covered around here, which usually happens by the end of November, it stays for months. It doesn't matter how many warm spells we have or how many rains, the snow sticks ... and sticks.

It will stick here for another month or even longer.

And we are expecting a major fall today.

This year, due to health and commitments, we haven't been able to get to the cottage where we can really enjoy winter.

Just in case you don't believe me, these are all recent February photos around our little front yard. 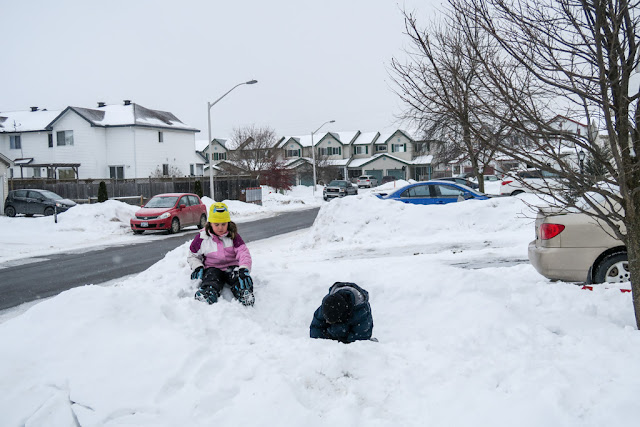 The kids began to dig a fort ↑ or hollow in the snow. I have done this for them in other years, but they started it this time.

But it was so icy underneath ↓ that I decided to help dig it lower. 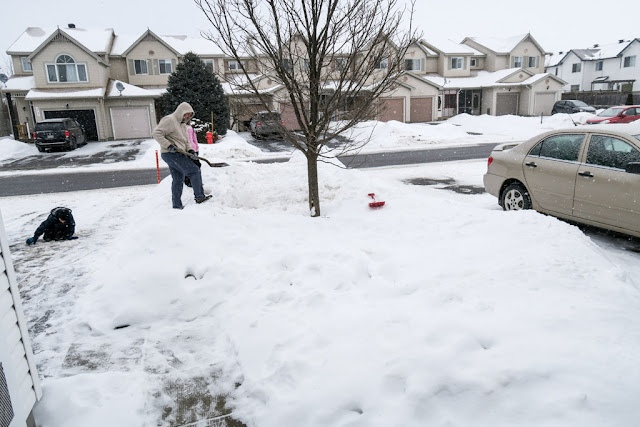 You can get an idea of the fort's depth in this ↓ shot. 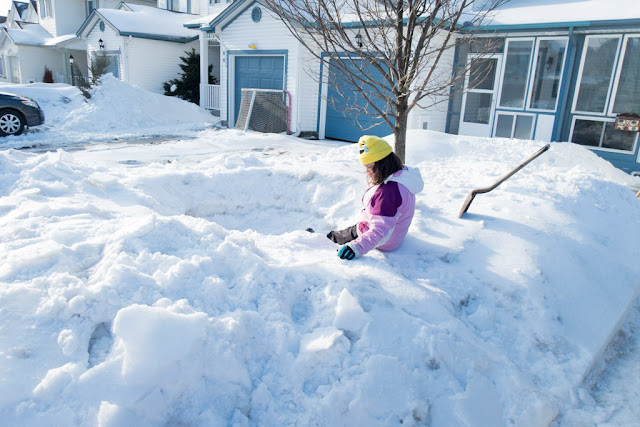 A few other photos. 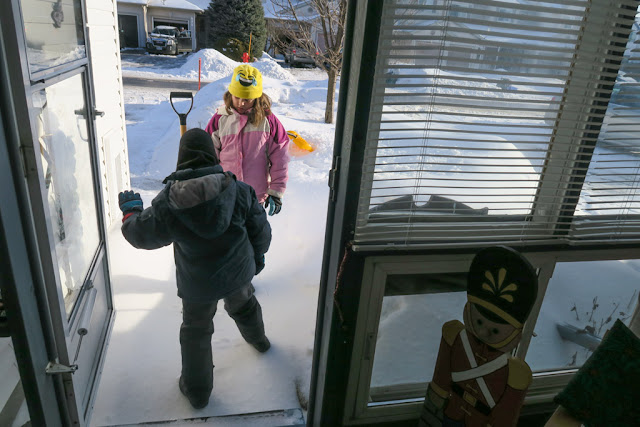 ↑ Kids are tenuous heading out the door because the top layer was an inch or more of ice. They didn't have the strength to get clear the heavy and hardness of it, so I helped out.

↓ Danica had slid down the icy slope from the lip of the fort. Meanwhile, JJ is either jumping in or climbing out. The latter, I think. 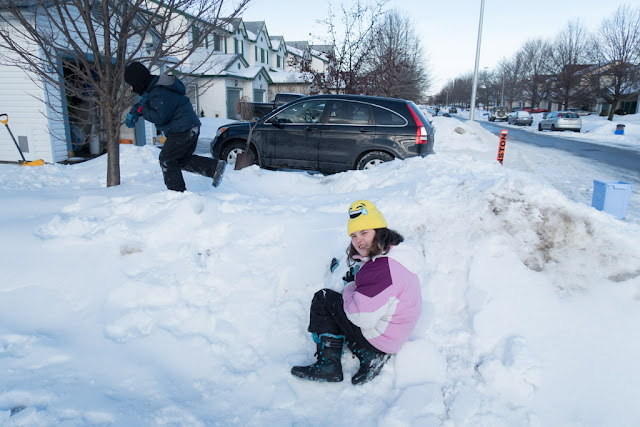 Finally, directly across the street, is the neighbourhood fire hydrant. It helps to have that arm extender in winter for easy finding if needed. 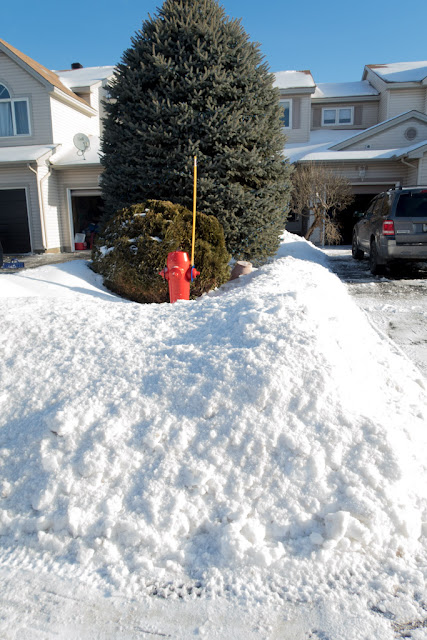 Okay, the kids had fun, and it looks pretty enough, so I feel better already. Bring on the next storm.
Posted by Anvilcloud at 7:36 am

well - you do have a lot of snow!! here, it snows and almost always melts off before it snows again!! it's raining today and all of our snow is gone.

i like the snow, when i can stay at home. when you have health issues and need to get gout, it is a problem. it is beautiful and so fun for kids (of all ages)!!!!

Blizzard warning here. Good luck with the snowfall in your area!

We have had a very mild winter here. Two snow storms that lasted days only. Then most weather in the high 40sF and low50sF which means plants and birds are so confused!!

There's a huge snow mountain fort in front of YoungerSon's house too, and the kids go out there and play for 2 or 3 hours at a time, something they don't do in the boring flat back yard! Snowing like mad here.
I agree with you when you say you are fed up with winter by the middle of February.... me too. Especially this year when most of my friends have gone to warmer climates for a week or two. Oh well, spring is on its way.

Yup that's a lot of snow. It's the ice that bothers me the most though having vertigo....:(

So glad your health seems a little better. Lovely snow stuff...I don't miss it at all living here in paradise. I do miss having grandkids visit tho. Lovely grandkid pictures. Thanks.

I was just at home over the weekend and there was snow there. Yet, over here in the country where it supposedly always snows and is cold: no snow! I just hope there will be some snow for me and my friend to go sledding though (or tobagininging (lost it)).

The forecast here in Nashua, NH was for up to 20 inches from Sunday into Monday morning, but after all the snowing and blowing was over, we had less than 10 inches. Sometimes winter doesn't behave as forecasters predict.

The big problem in cities is where to put it! I'm glad we have a big yard!!!!

Our eaves troughs are running today, at least. And large glittery drops are falling from the deck railing. The sun is hot coming in through our big windows and we have let the furnace go out. Lovely day, even if there is too much snow depth to melt it much.