I know the posts are coming thick and fast these days, but it's summer: the two days a year that Canadians can enjoy the outdoors. #joke

Each summer we visit the Mill of Kintail, and the kids have a blast in the shallow water. But with the drought this year, it was so shallow that they weren't as into it as usual.

In fact, Danica soon gave up, so I'll post two pics of her first. 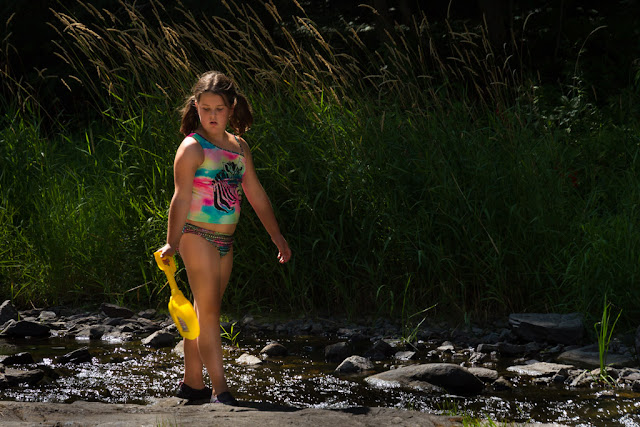 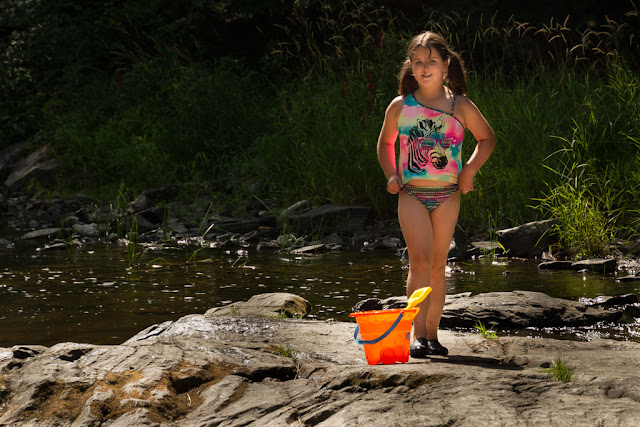 She soon joined the adults in the shade. 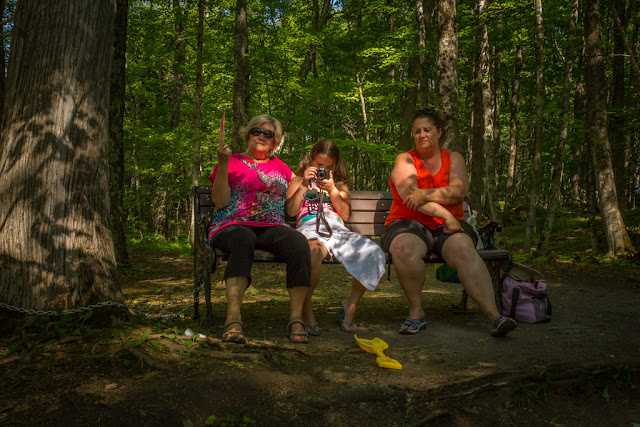 Meanwhile JJ was on the prowl for crayfish and frogs. 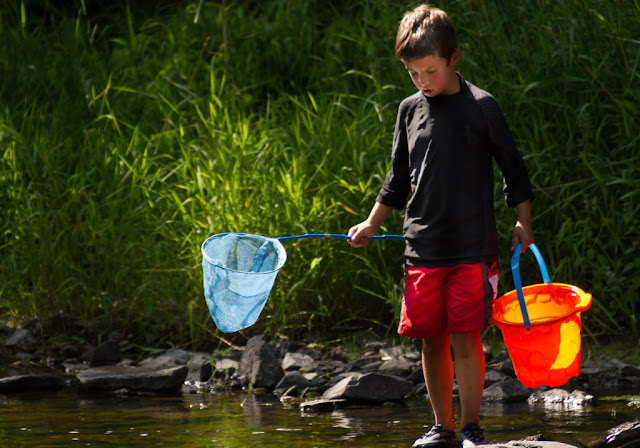 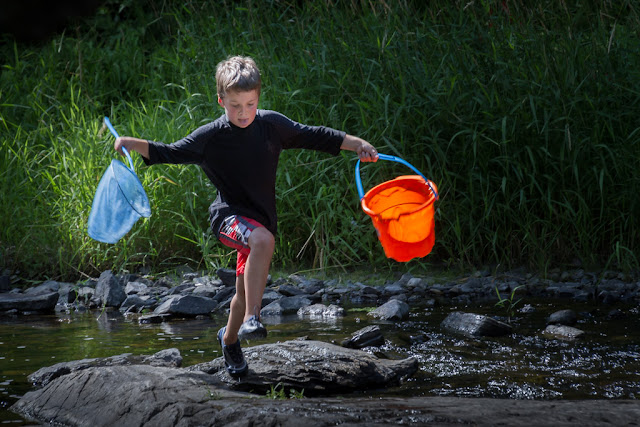 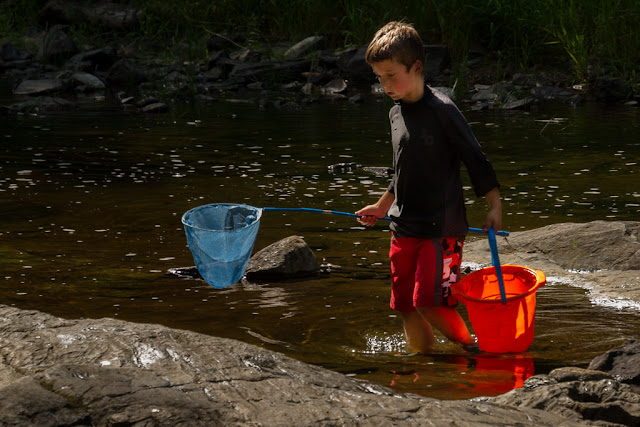 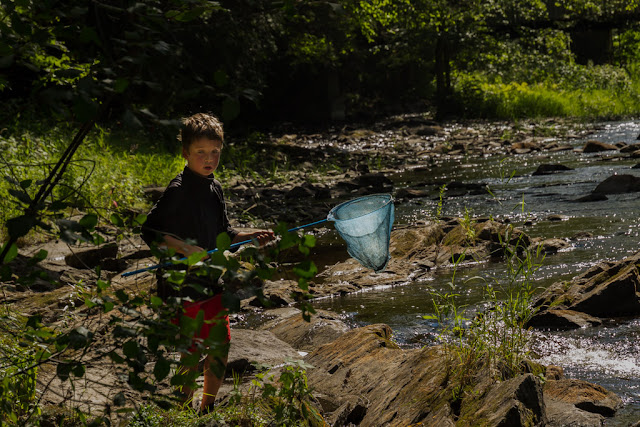 He was rewarded with two catches. It's pretty hard to tell from the photos, but the first (left) was little and the other was a decent size.

His mother noted that JJ is very boy in some ways but in some ways not. He didn't care to touch the frogs. Neither did I. Good boy, JJ.

And so he did another little boy thing and climbed. 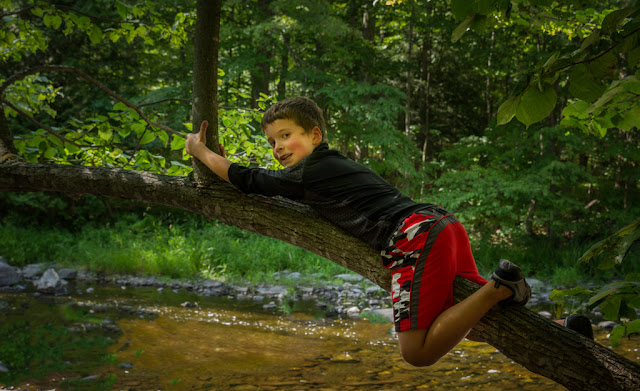 What else is new?
Posted by Anvilcloud at 6:30 am

I recall being averse to slimy things but can remember the wonder of my first lambing and since that will handle anything that doesn't have big teeth. My first lamb was nought and I was nine. I was twelve before I sorted my first calf and can remember my hand going numb as I tried to find it's feet and get it lined up. Given the opportunity he will get to love and appreciate them.

I love the way the people are highlighted in these pictures. Great day with the kids and great photos.

Always enjoy these fun shots of the grands having such a grand time :-) and the one of JJ leaping pn the water was great, especially with the sunlight on his hair. And, I too would not have touched the frog, as much as we favor them.

awww. frogger boy, go ahead and grab the frogs! :)

Wow, the light through that orange bucket--winning photos!

This is a problem for flora and fauna, the lack of water. It saddens me.